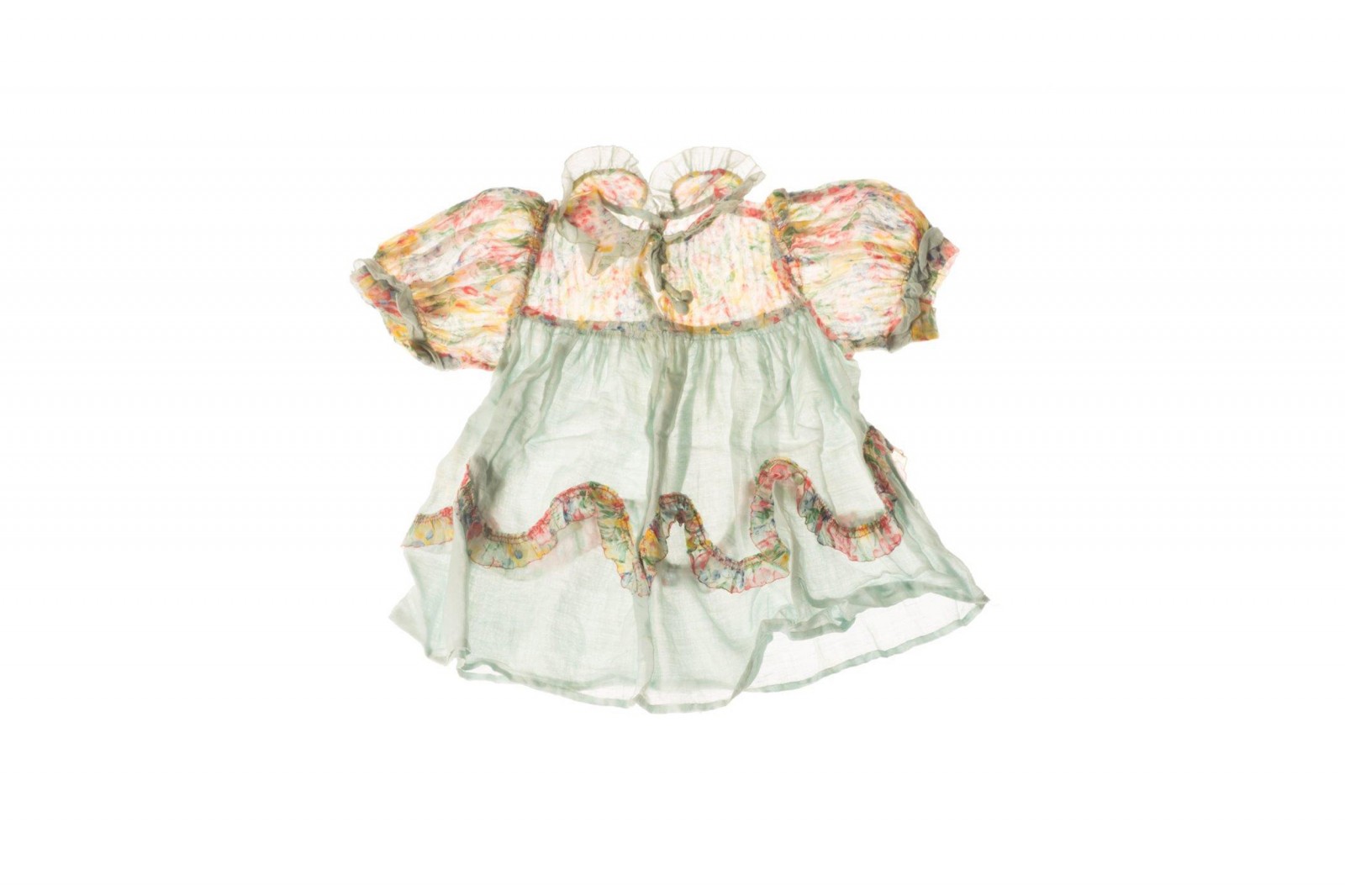 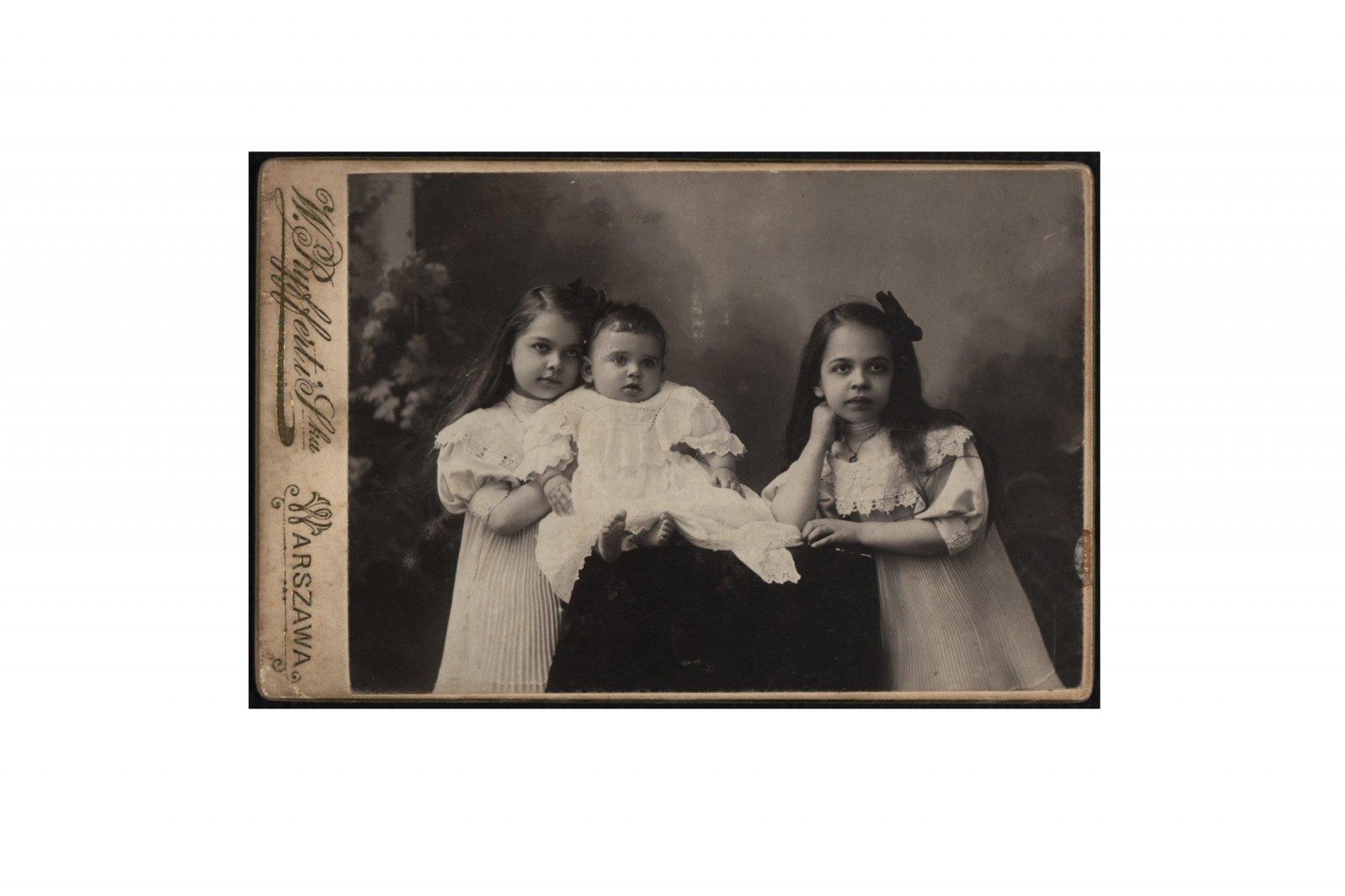 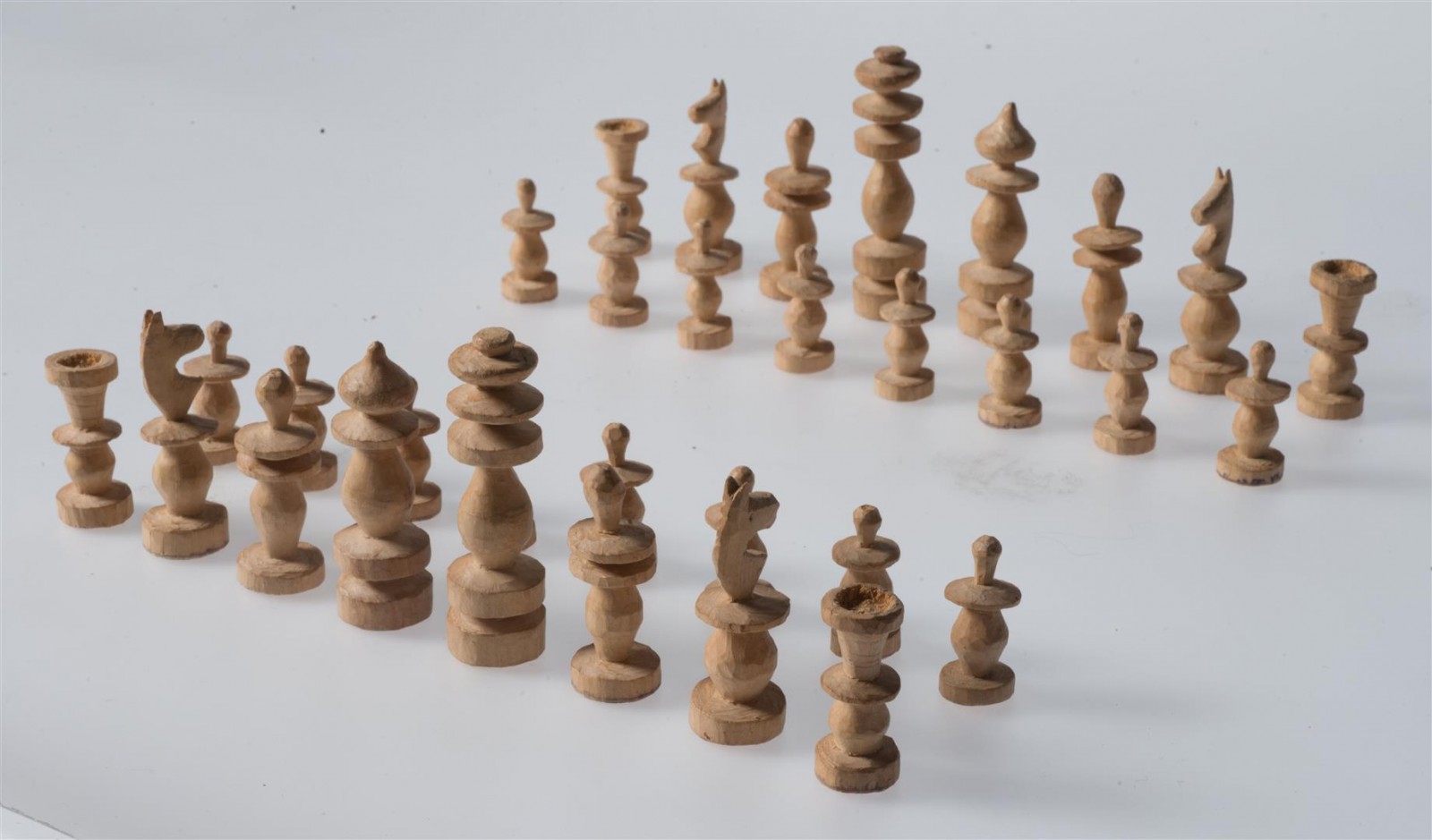 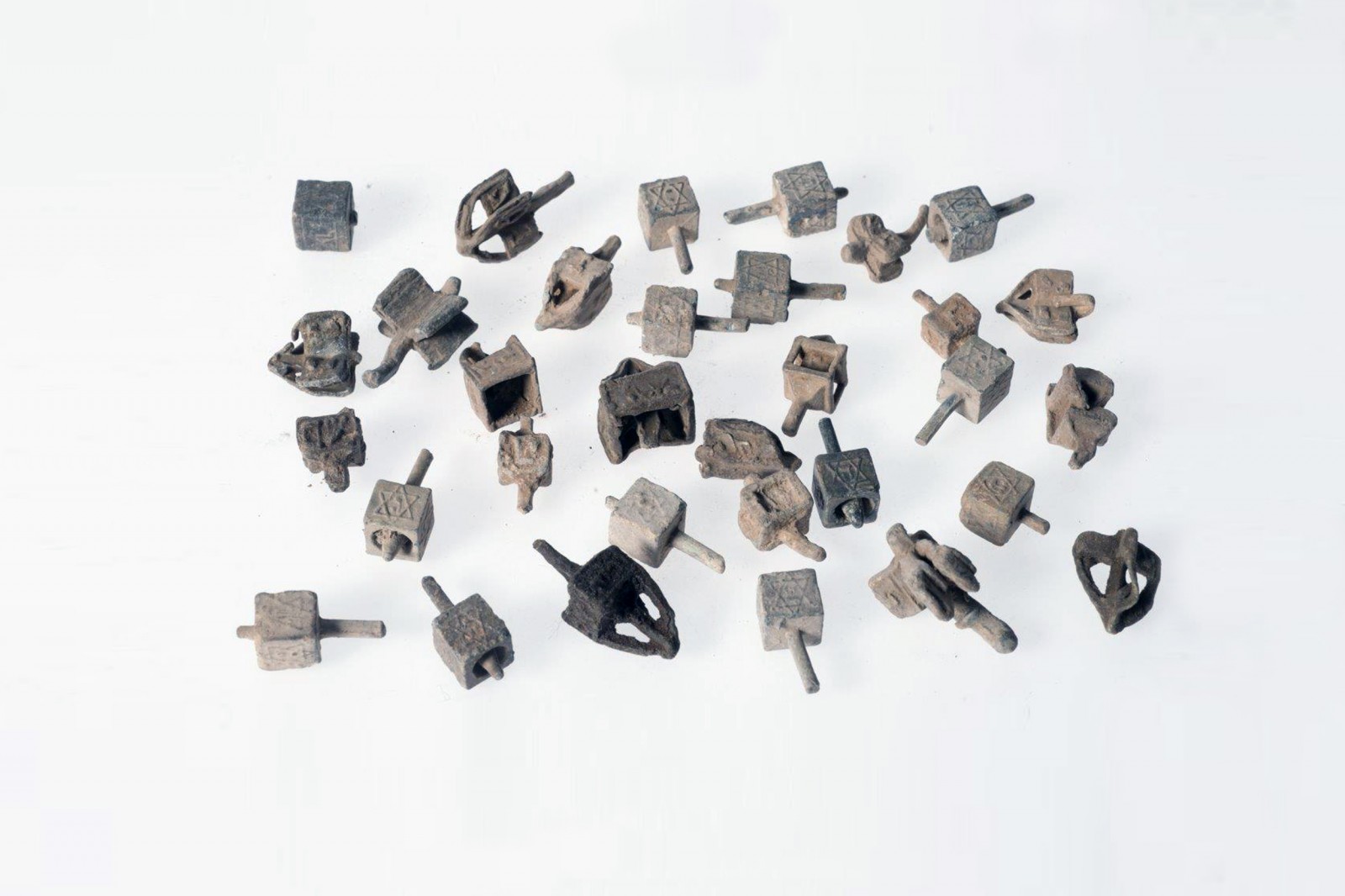 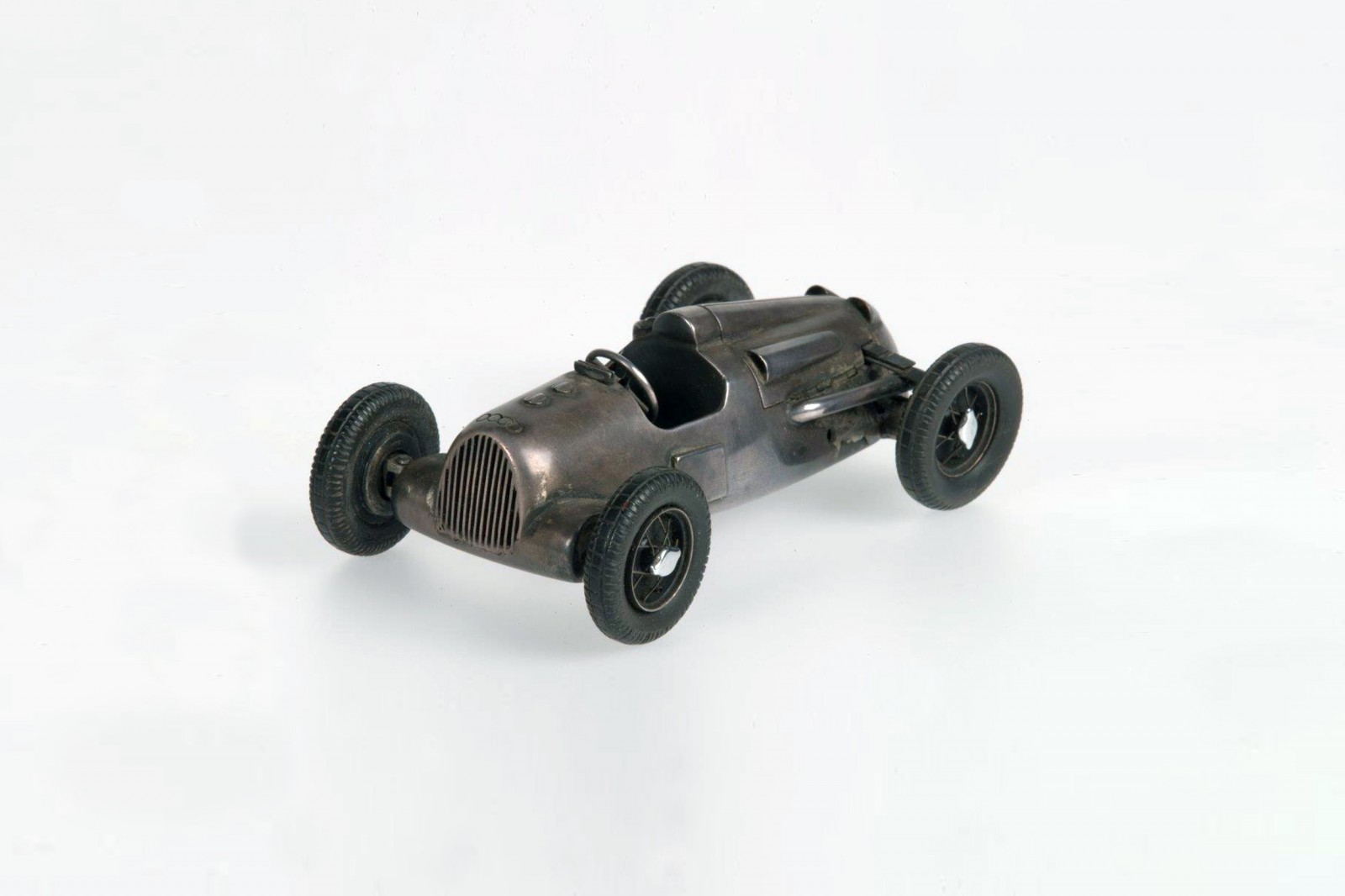 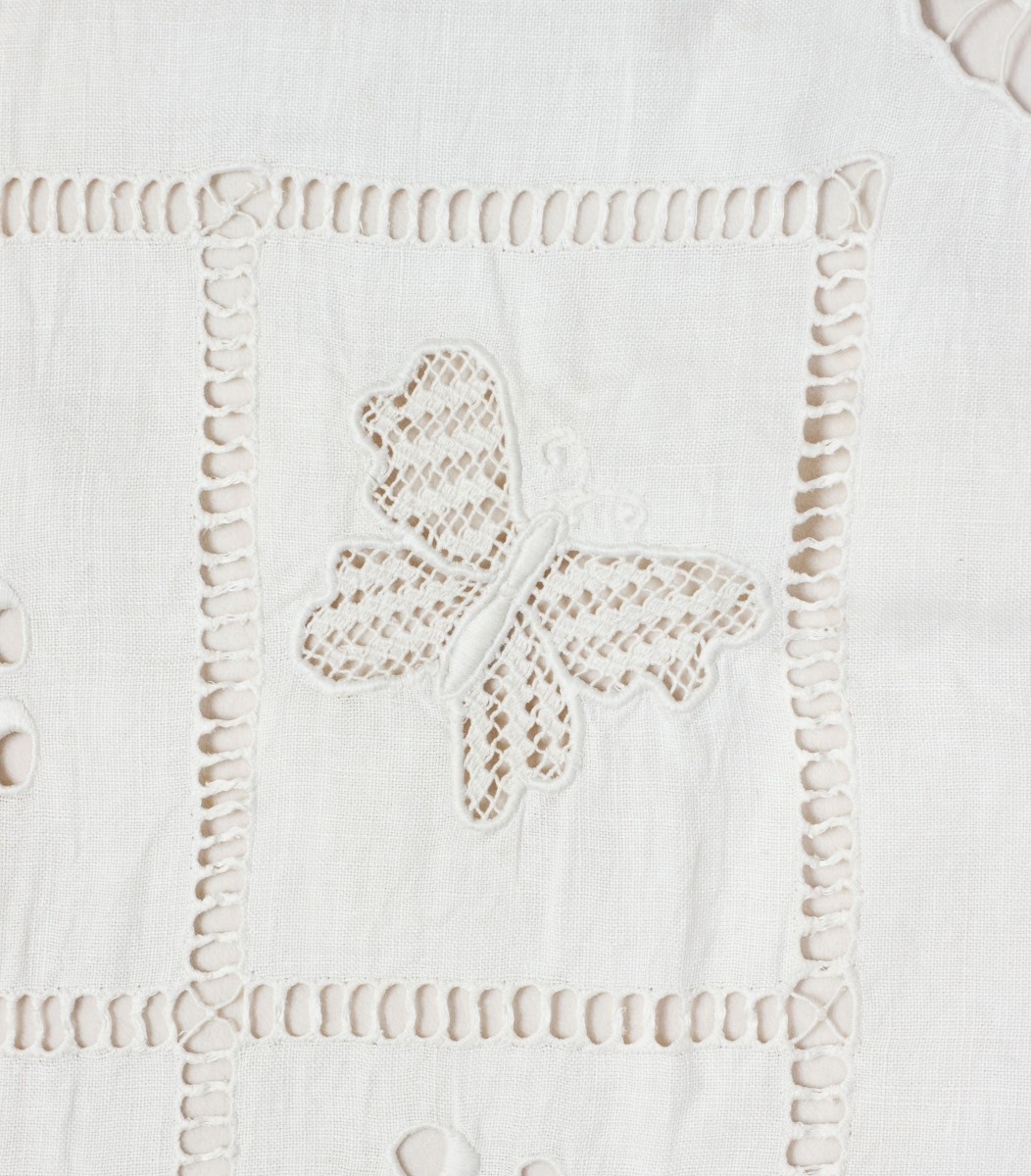 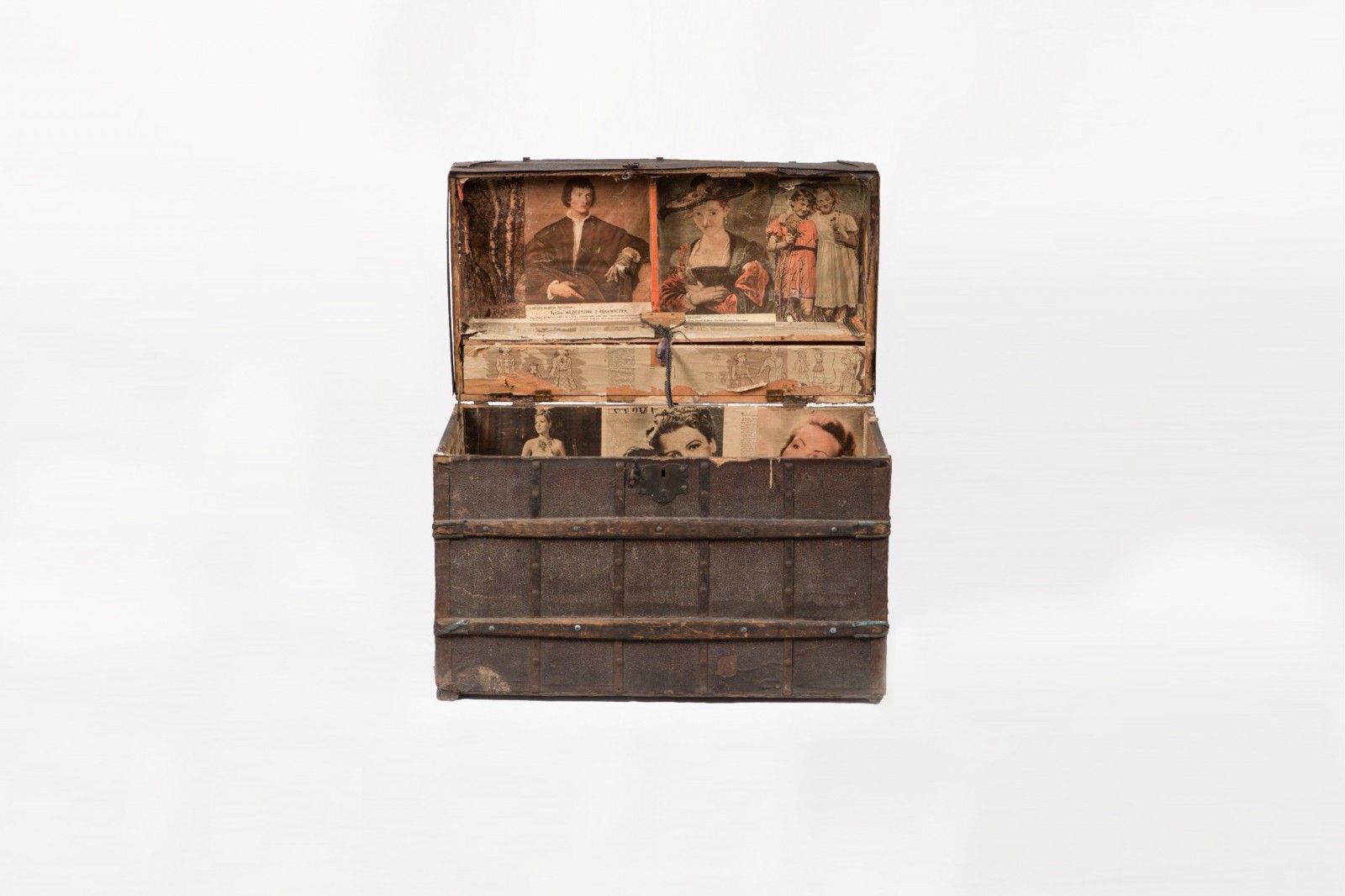 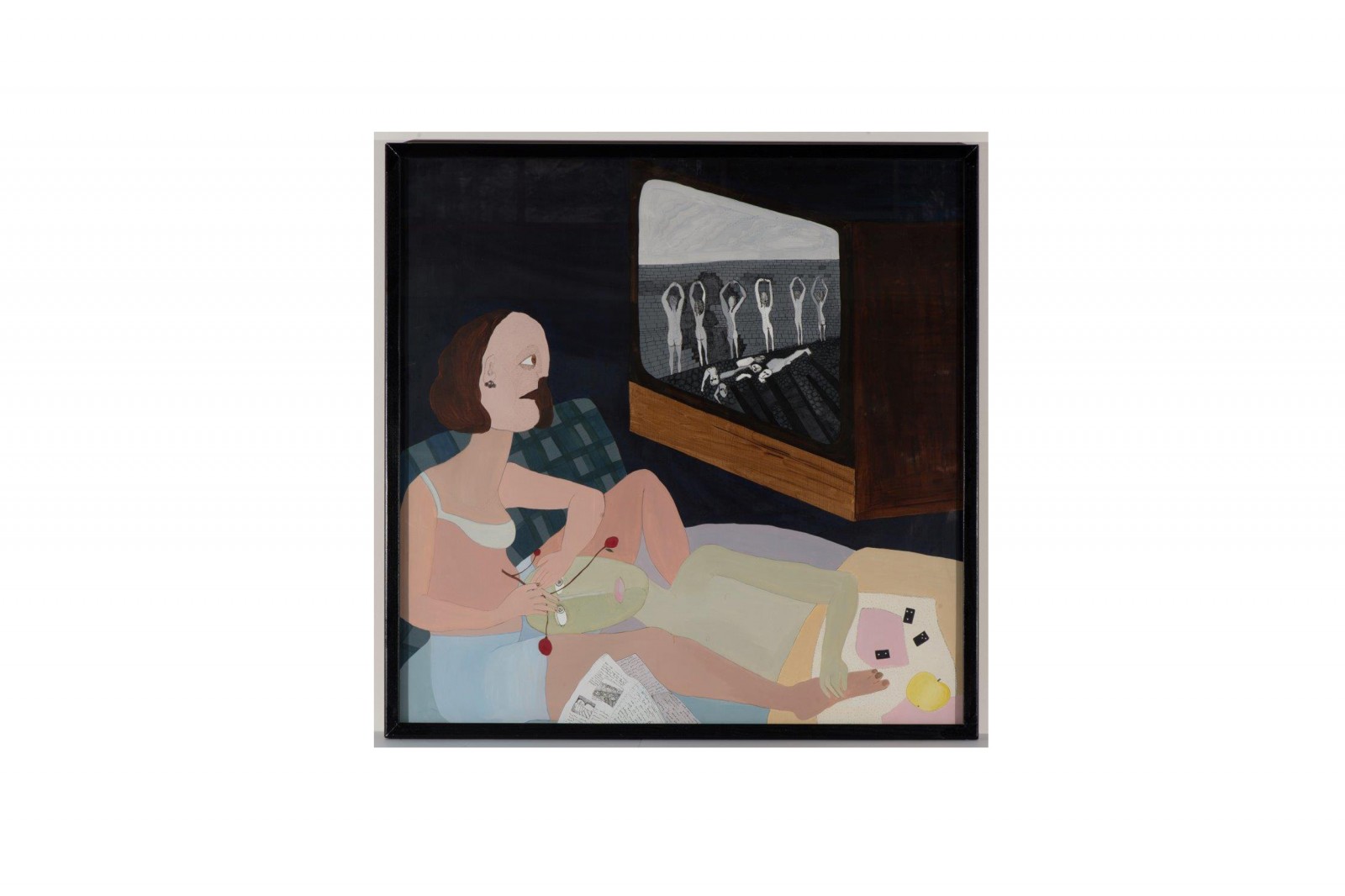 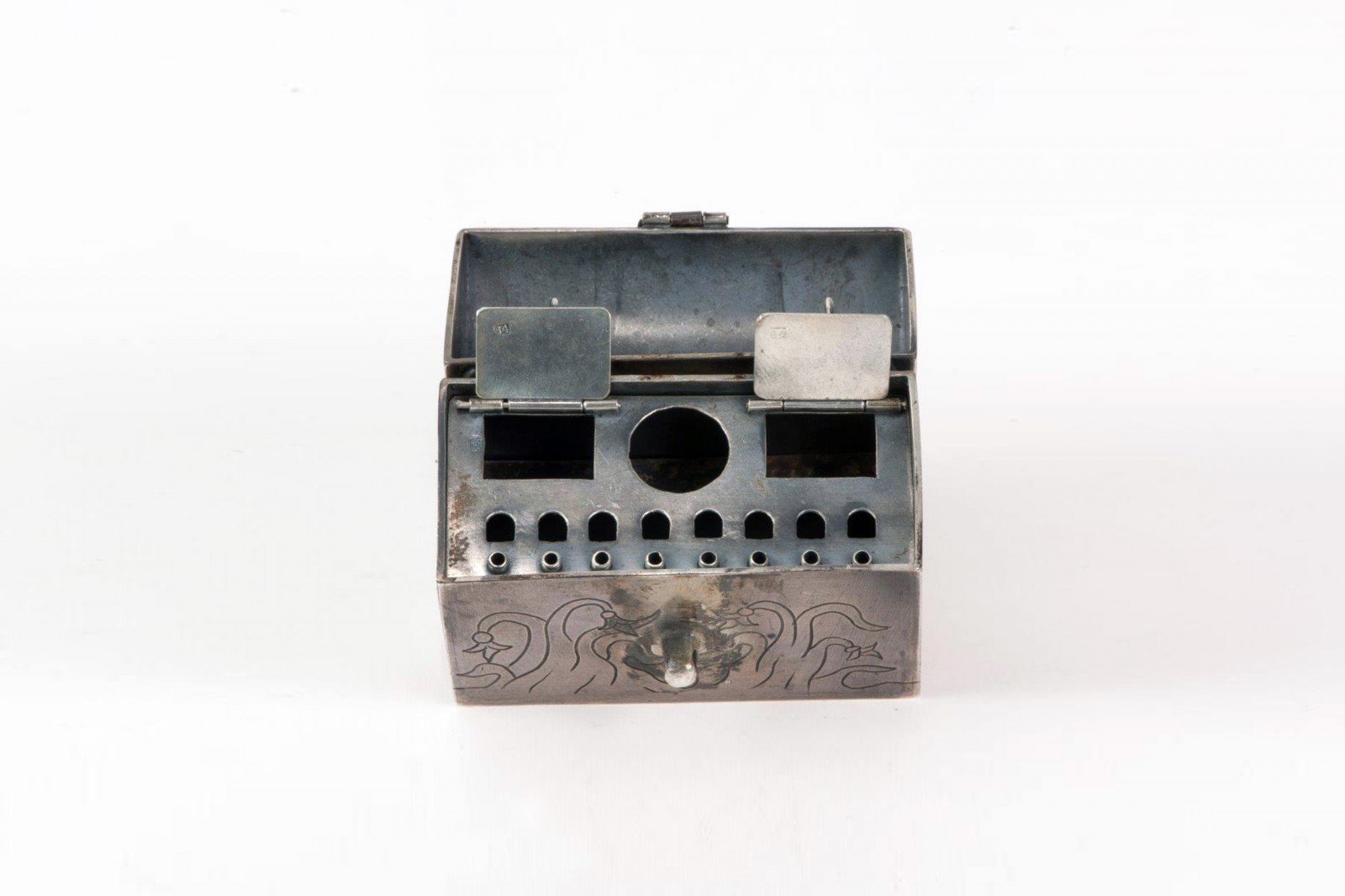 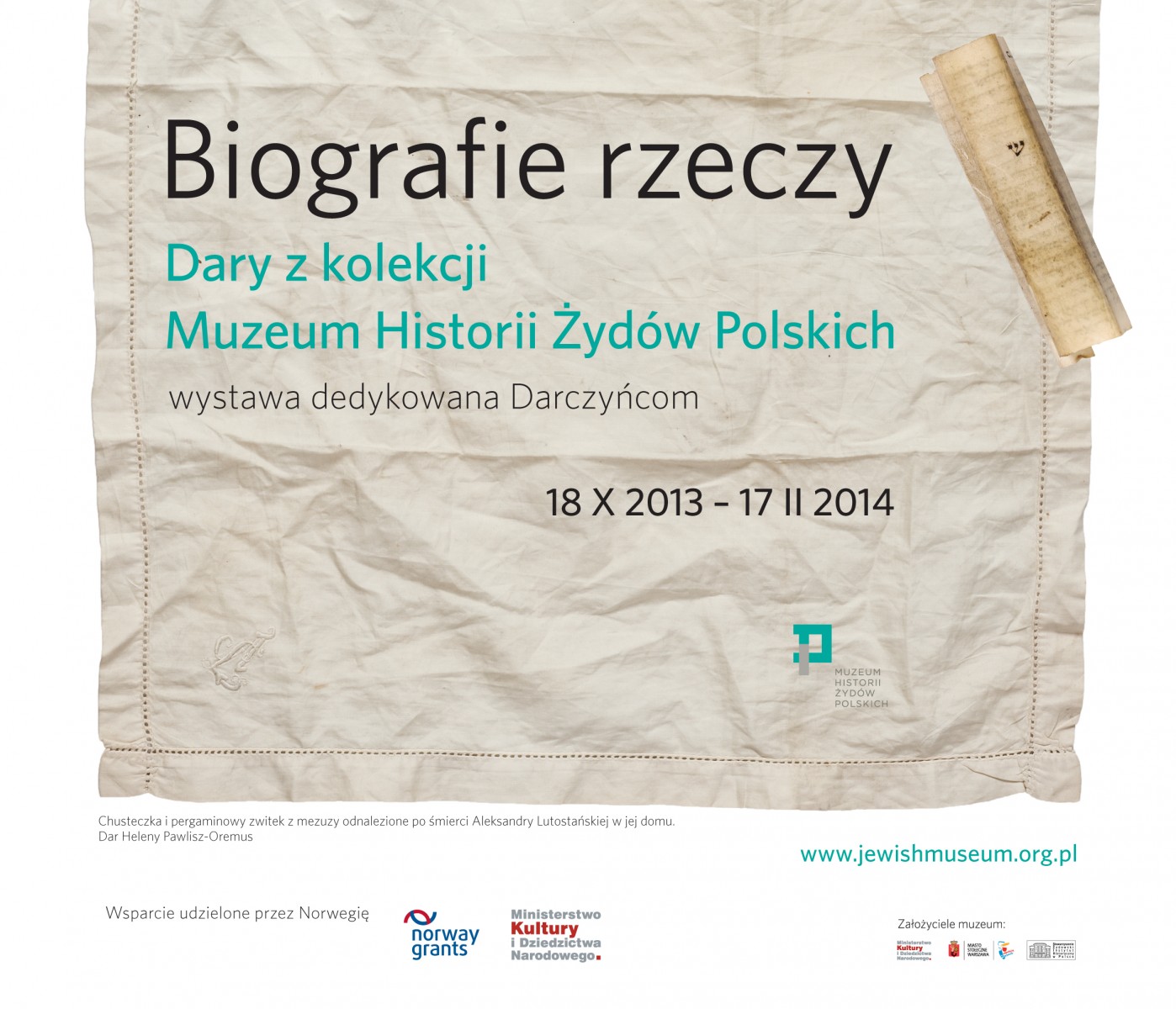 Temporary exhibition: “Biographies of Things. Gifts in the Collection of the Museum of the History of Polish Jews”

We invited you to view our photo gallery of some of the incredible objects featured in this special exhibition.

The exhibition was organised as the first phase of the project “Collections – Mementos – Donors”, dedicated to our Donors. Since 2006, the Museum of the History of Polish Jews had worked on creating a collection out of gifts presented to the Museum with the conviction that this is the most fitting place for them.

"Biographies of Things" – the first exhibition from our collections – was an attempt at a modern look at museum artefacts. They spoke for themselves, but also of the condition of man, who helped to safeguard these items. With this exhibition, we wantde to introduce you not only to exceptional objects, but also to exceptional people: people who, in donating or loaning items, invested their emotions, histories, and fates in this new-born institution.

The exhibition was divided into seven parts, each one containing a strictly defined and thematically circumscribed group of objects. The histories of the individual items or groups of items formed a universal history when presented together, symbolising the experiences making up the Polish Jewish identity.

A work of contemporary art was also dedicated to each group of objects. These works by Polish artists, known to the public from other exhibitions or art projects, supplemented the main message of the individual narratives, using the language of art.

In Jewish tradition, the Book is the source of laws and moral norms and the foundation on which the world’s order rests. The books shown as part of the exhibition were antiquarian books on religious topics printed in Hebrew, and non-religious books, mostly in Yiddish, saved at different times and in varying circumstances, preserved for years as anonymous testimonies of a former Jewish presence.

The red encaustic painting of Krzysztof Gliszczyński’s Library (2012) fused the books together and sealed them for all time. It was a radical and painful gesture. The intense red of Wojciech Leder’s painting Doors to the Philosopher’s Cupboard (2002), connected with Gliszczyński’s composition.

Life on the move, in the shadow or fear of yet another emigration – an experience that shaped an important component of Polish Jewish identity. Objects which emigrated with their owners offered a sense of rootedness and continuity; objects orphaned as a result of emigration were handed over to someone else for safekeeping or given in token of friendship and gratitude.

Dominik Lejman’s video-installation Skaters/Łyżwiarze (2003), a luminous frieze created especially for this exhibition, was a moving metaphor for a lonely journey.

Signs of an Absent Presence

Objects whose presence marked the absence of their Jewish owners. Objects salvaged, kept safely, hidden, or – as Zygmunt Bauman would say “time-smuggled” artefacts, rescued through people's care and devotion to multiple forms of existence.

The negative reversal in the photographic image from the series Black Light (2012) by Tomasz Wendland turned bright areas of light into black, void patches. What we saw, therefore, was not a frozen reality, but its lack of one, symbolising absence.

Personal Mementos, Family Mementos, “Objects with their own Narratives”

Thanks to these items, we know who we are, where we come from, we know where our roots reach. In this part of the exhibition, we had a unique opportunity to look at an object not just as a “thing-in-itself”; we had the chance to perceive it within a concrete human being and their individual history.

The hands separated from their body, depicted by Magdalena Moskwa (Untitled, 2005), resembled votive offerings. It is precisely hands which have the most intimate contact with personal objects, and with the Other.

These objects documented an extraordinary attachment and dedication to the Motherland. Natan Rapoport’s Monument to the Ghetto Heroes, unveiled in 1948, was an integral part of the exhibition. The objects in the space beared witness to the need of having a Motherland. For some, it was Poland, for others Israel, the world...

This was created by Jews, or with Jews in mind. It spoke its own language. This was the only category without an accompanying work of contemporary art. Some of the works pointed to the fate of Jews, while in others, the artists attempted to step out of their own cultural context.

For the Jewish community in Poland, during the war and in the period just following, hiding, or hiding one’s Jewish identity, was a general experience. These objects, which took their beginnings in hiding, were exhibited in a glass display case within a space designed by Elżbieta Jabłońska (83 waiters and an assistant, 2006). The glass case was transparent – what was laid within was perfectly visible. For all of these objects, their symbolic reality, in which they were created and in which they endured, was an all-encompassing silence. Their display in this exhibition space broke this silence. Wojciech Łazarczyk created a sound sculpture simulating different noises – the quiet pulse of everyday ordinariness, bound by an underlying rhythm. It is no longer noise, but not quite music.

"Biographies of Things. Gifts in the Collection of the Museum of the History of Polish Jews" temporary exhibition was followed by a catalogue with texts written by Judyta Pawlak and Wojciech Leder, 144 pages, 281 illustrations.

The exhibition was presented form October 18th 2013 to February 17th 2014, during opening hours.

Exhibition organised thanks to the support of

Meetings with the exhibition

Cycle of meetings connected to the exhibition “Biographies of Things”
Exhibition

Conversations at the Exhibition

Seminar cycle connected to the exhibition “Biographies of Things"
Event

Report: Museologists, scholars and students meet at the Museum

Artworks for “Biographies of Things”

Objects in the hands of experts

After two months of conservation works, objects have returned to the Museum
Collections

Are you looking for a specific object? Do you want to know the history of the subject? Do you need materials for scientific work? Check our database!