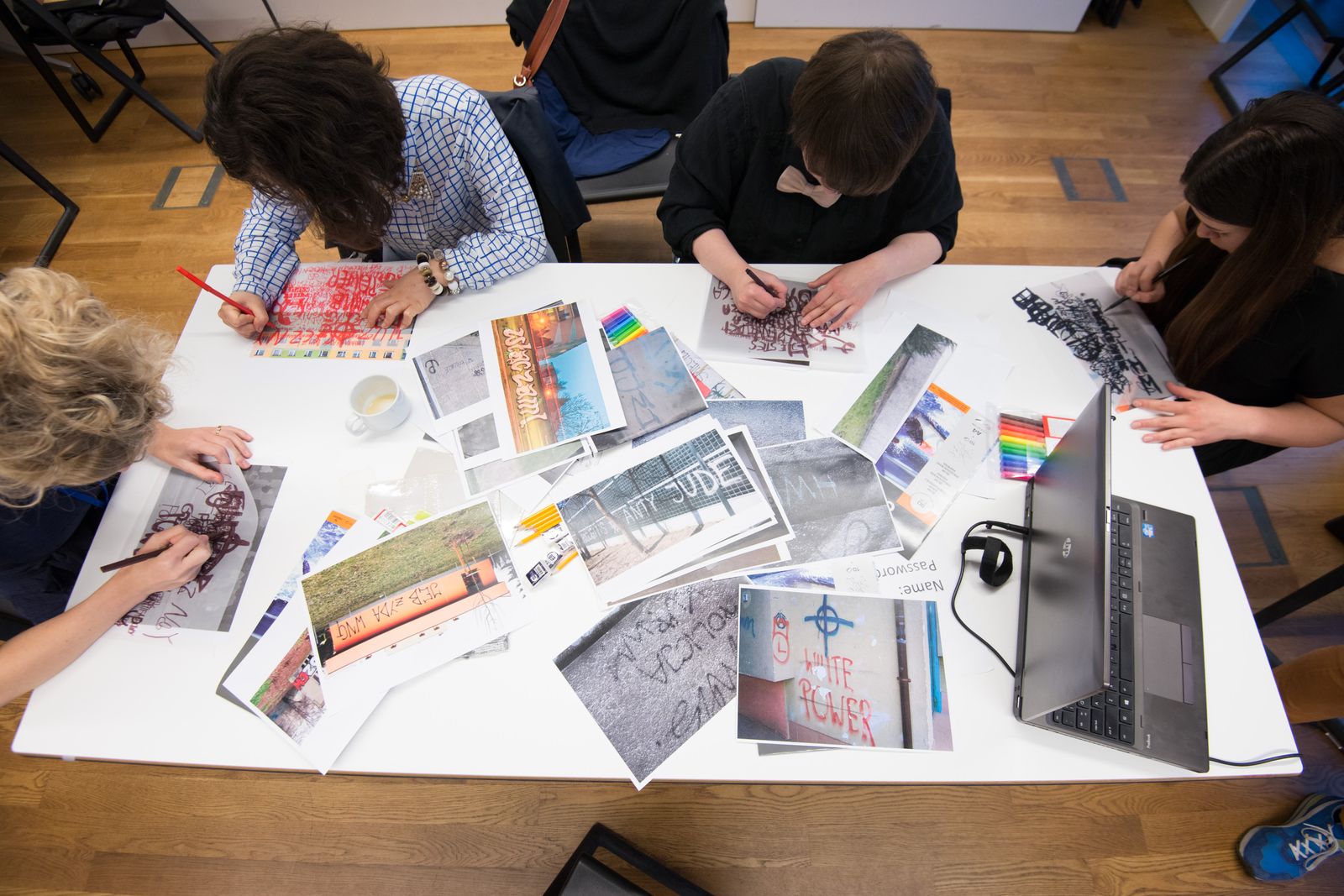 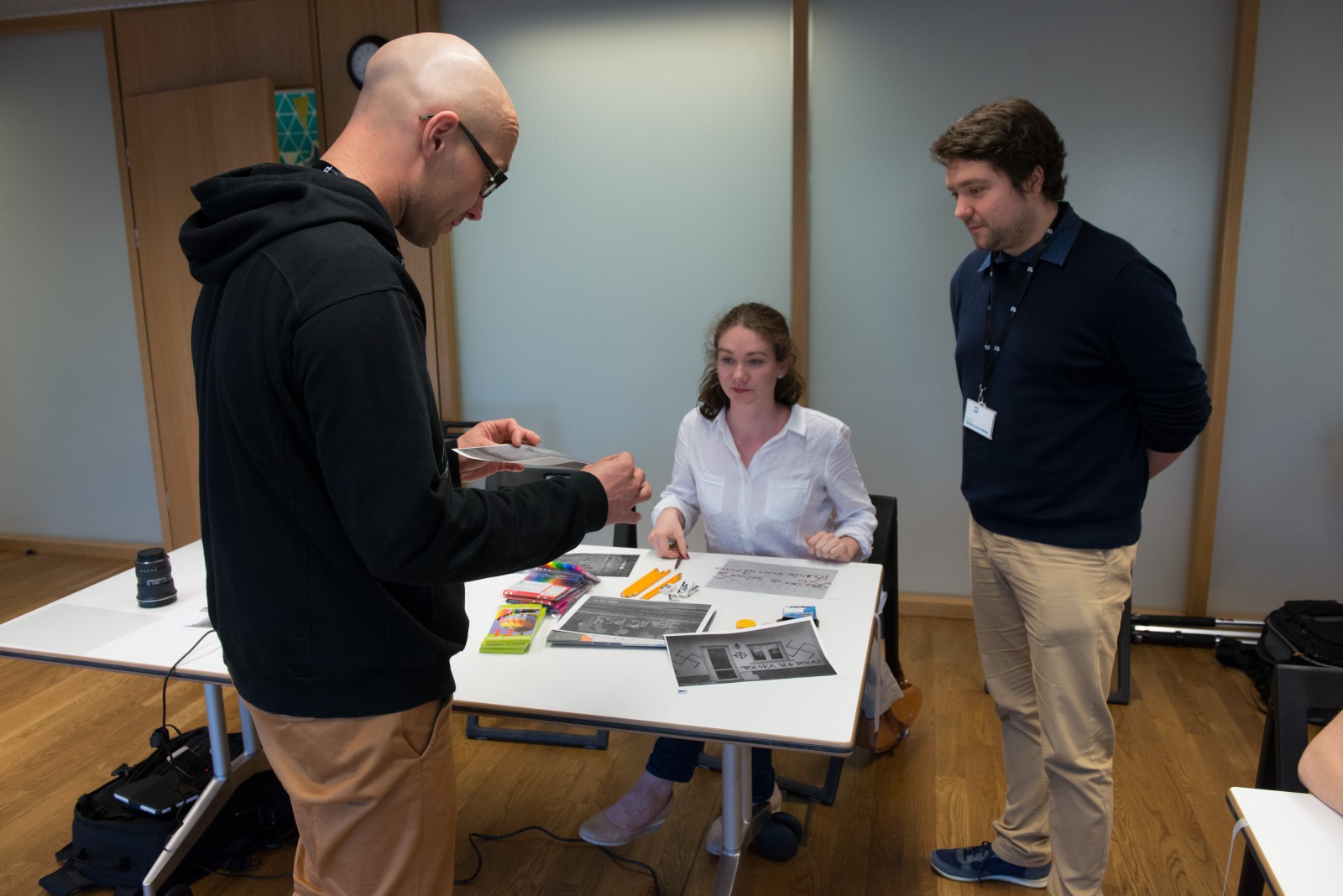 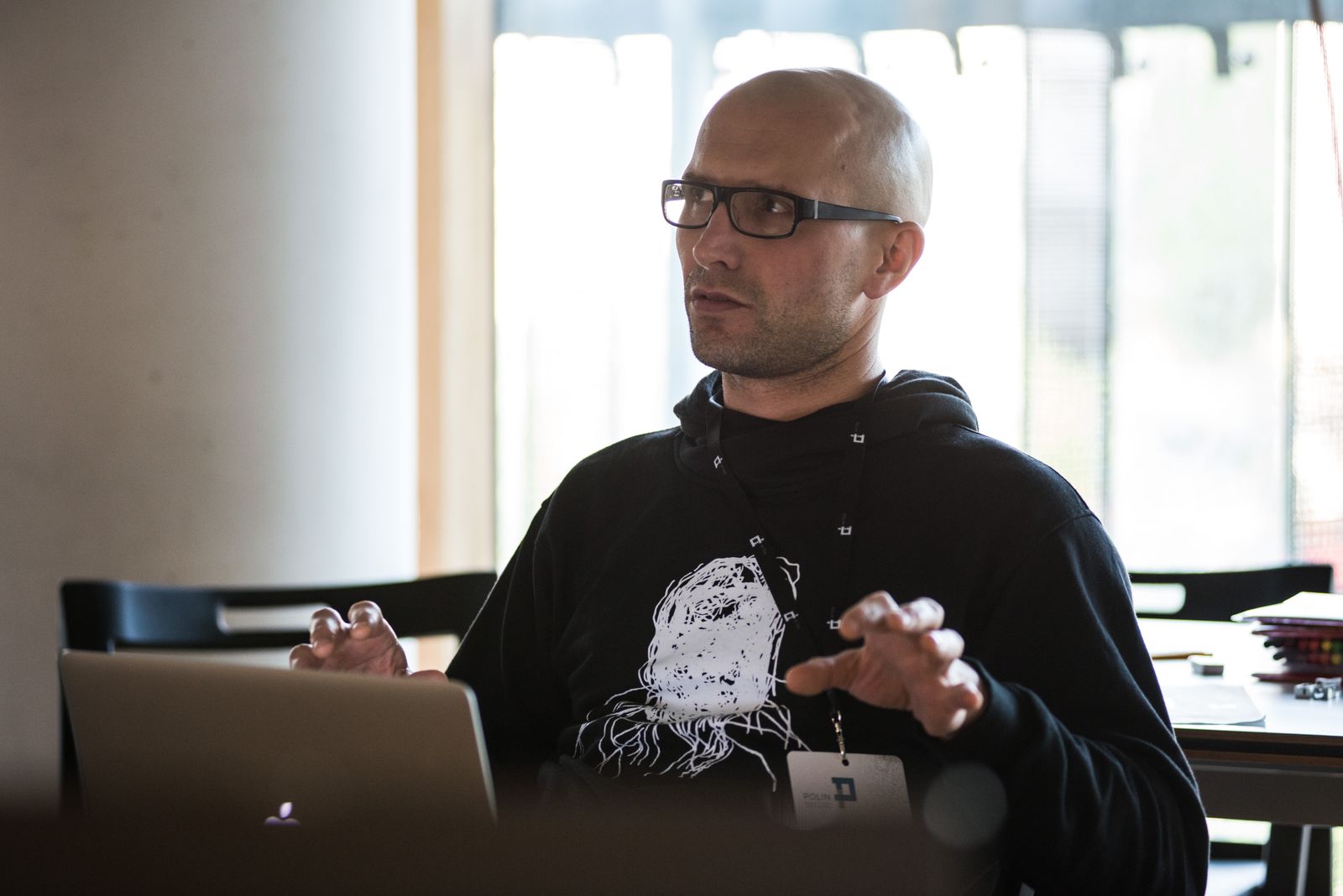 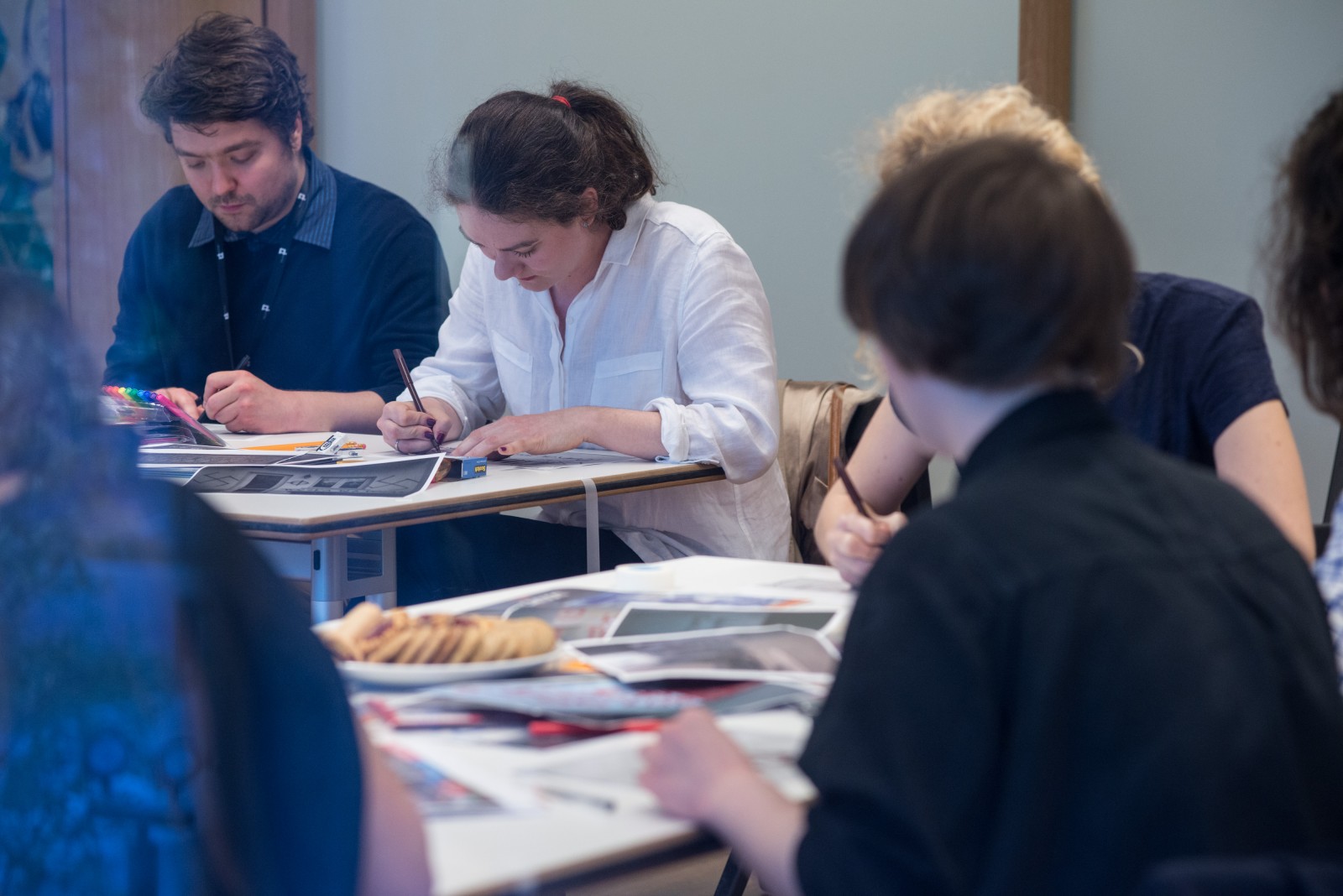 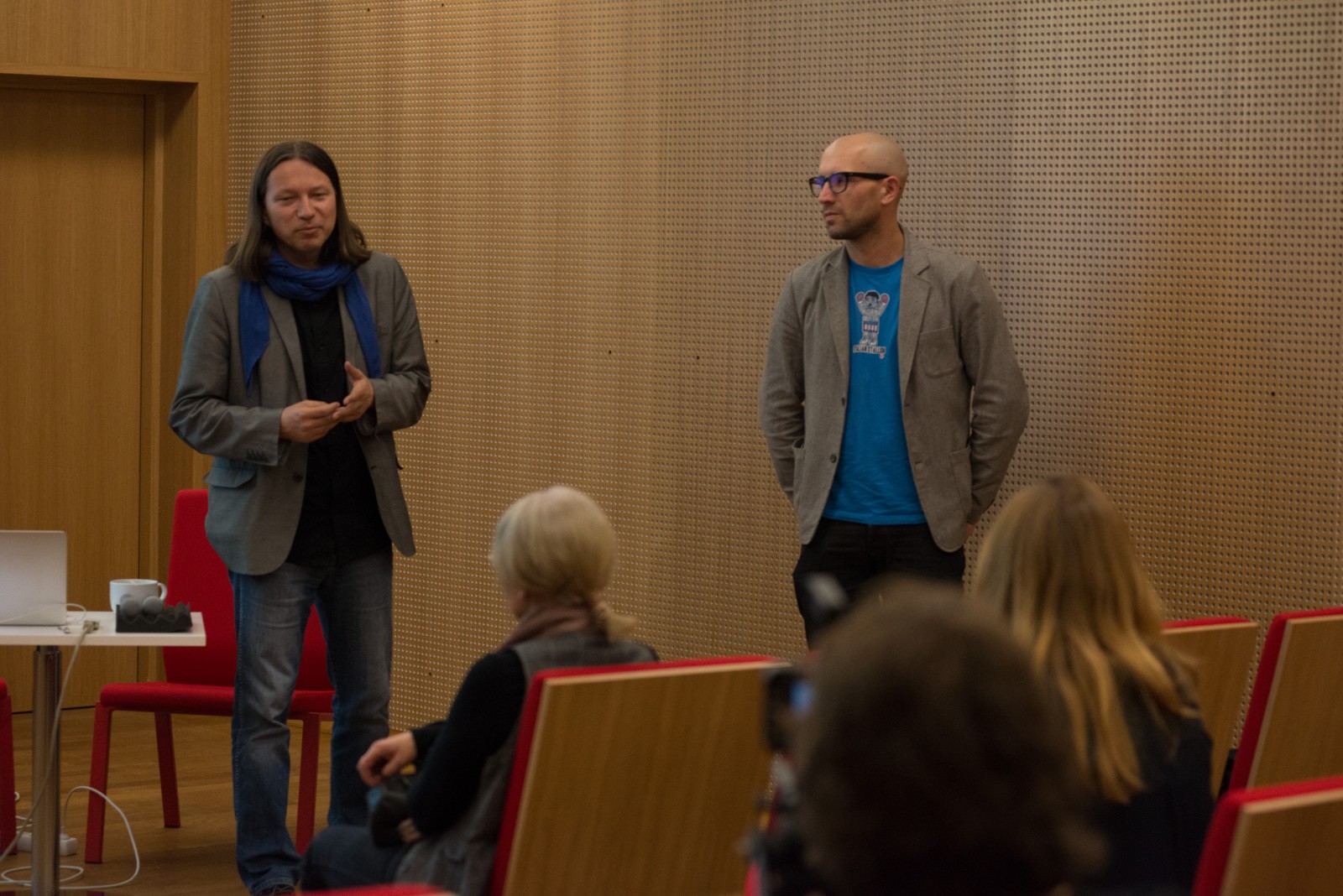 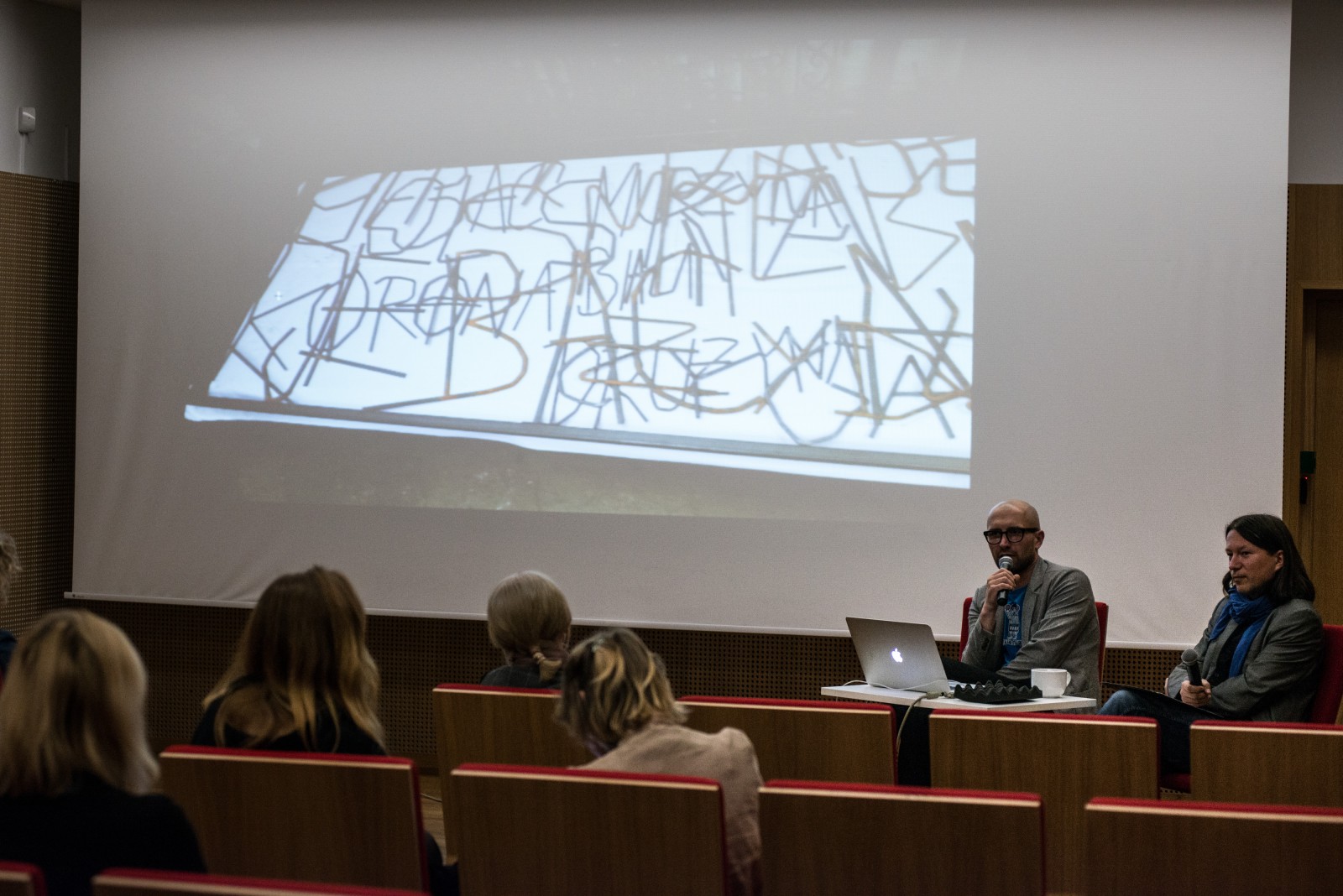 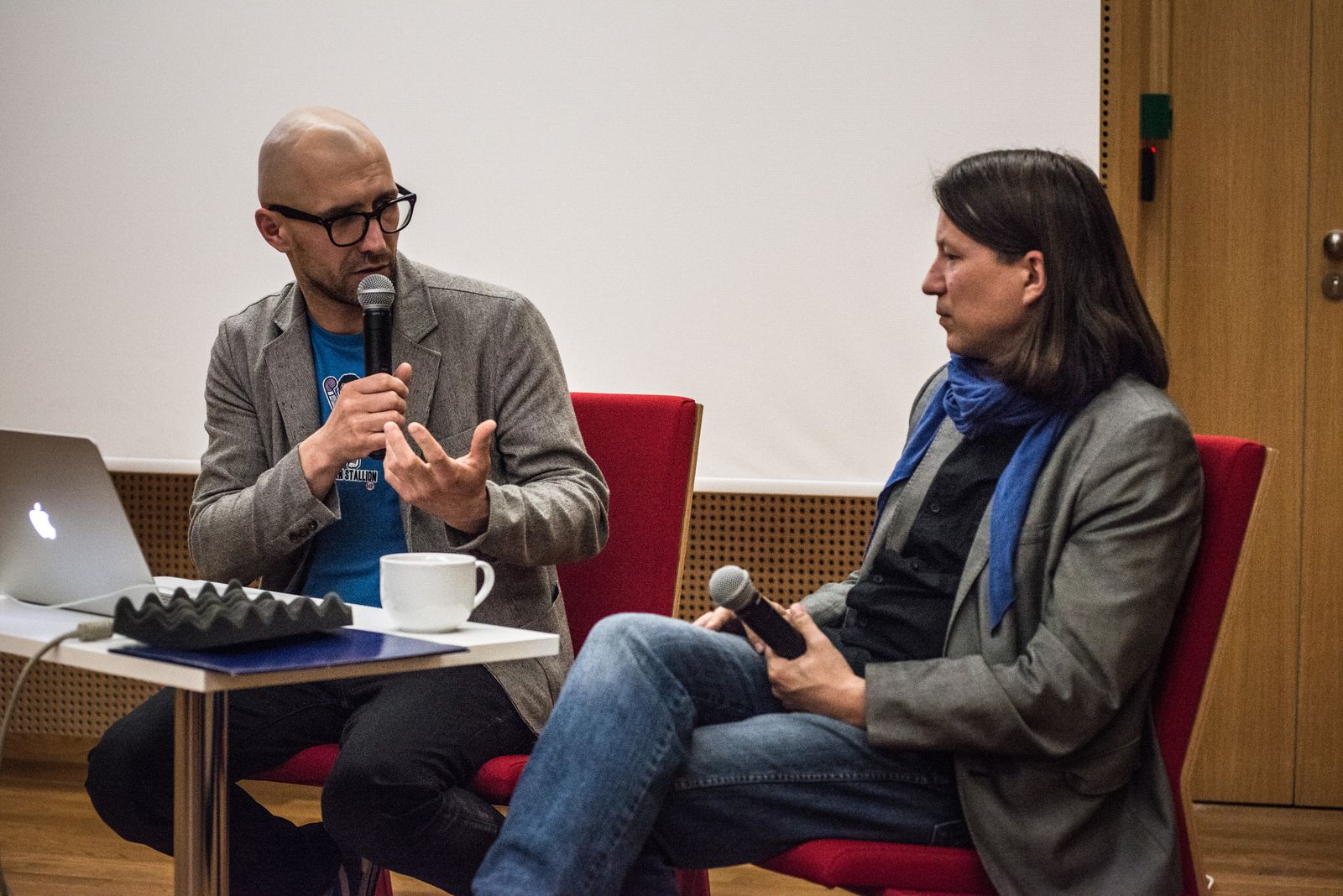 During his residency at POLIN Museum, Hubert Czerepok endeavoured to create an artistic installation dedicated to hate speech. The artwork is a steel fence which, instead of having conventional rails or decorative elements, is constructed from hate speech phrases copied by the artist from various Polish walls which were then formed in metal. For a few months, the artwork will remain in the public space among the residential buildings at General Jan Jur-Gorzechowski Square, between Dzielna Street, Smocza Street, and John Paul II Avenue.

The artist wanted to use the process of forging antisocial graffiti together to destroy their messages; by blurring the readability of the graffiti because it is now in overlapping layers. On the other hand, Czerepok emphasizes the power of the hate speech phenomenon and condemns it using the physicality of the technique applied. This form is harder to ignore than inscriptions on the walls to which, it seems, we have grown accustomed.

The conclusion of the artist's residency at the museum was a meeting led by Waldemar Kuligowski, Ph.D. from the Department of Contemporary Cultural Studies at Adam Mickiewicz University,  the author of >>"Habitual Hatred. Inscriptions on Walls and the Crisis of Society".

More about the artist:

Hubert Czerepok is a visual artist and a lecturer at the Szczecin Academy of Art, where he runs the Experimental Film Workshop. He graduated from the University of Arts in Poznań and completed post-graduate studies at the Royal Academy of Fine Arts (Antwerp) and Jan van Eyck Academie (Maastricht). He has presented his works in various solo exhibitions, including at the Labyrinth Gallery in Lublin, the Arsenal Gallery in Białystok, the Art Stations Foundation in Poznań, La Criee Centre d'Art Contemporain in Rennes, as well as in collective exhibitions, for example: at the 19th Biennale in Sydney, the International Sculpture Quadrennial in Riga, the Museum of Art in ‎Łódź, the MOCAK Museum of Contemporary Art in Kraków, and the Centre for Contemporary Art Ujazdowski Castle in Warsaw.

The Fence of Hatred – an art project by Hubert Czerepok