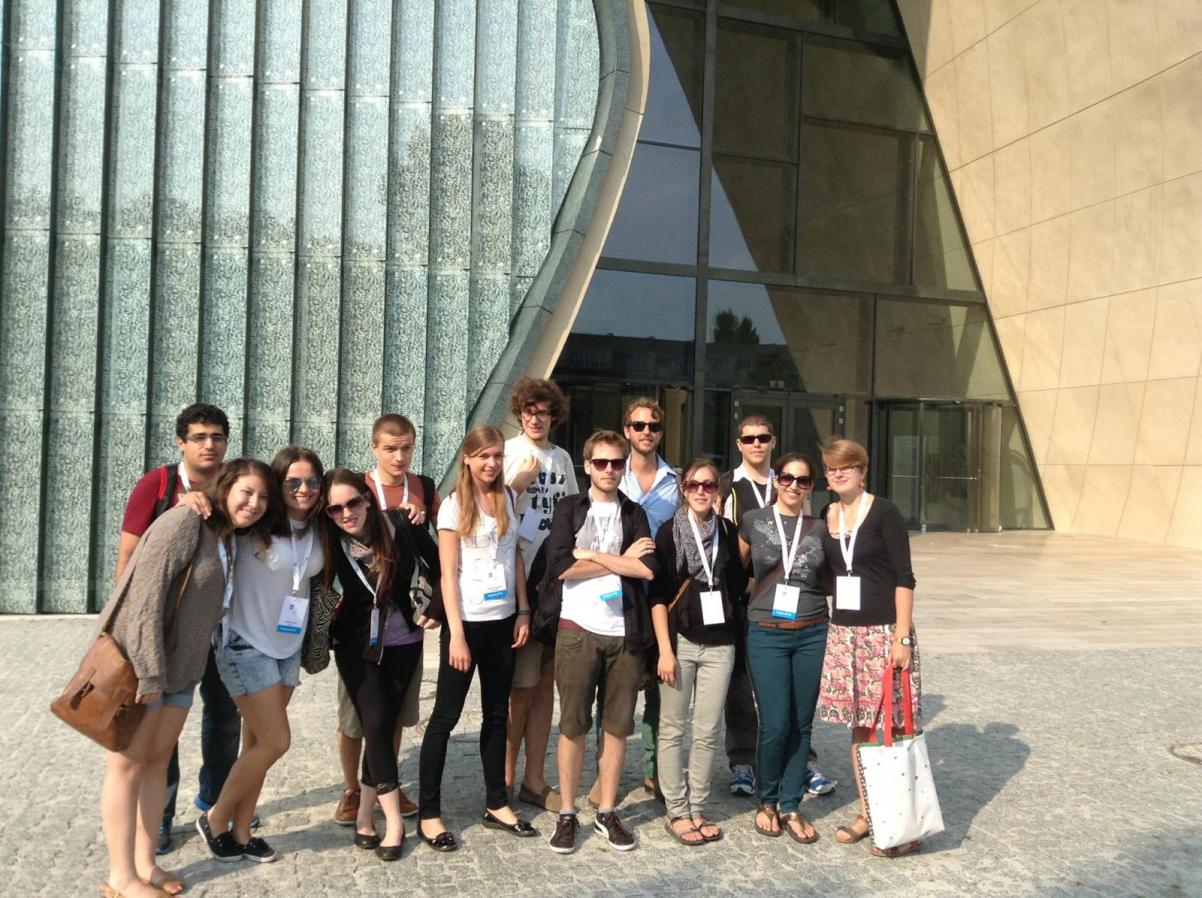 The seventh edition of the Polish Intercultural Youth Encounters (PIYE) will begin on August 19. Fourteen students from Israel and Poland will take part in a two-week internship at the Museum.

By becoming involved – in Polish-Israeli pairs – in projects realized by different Museum departments, taking part in workshops, touring Warsaw and other Polish cities, the participants will get a chance to discover complex Polish Jewish history as well as contemporary Polish and Israeli culture. The program is based on the idea of intercultural creative action, overcoming prejudice, creating the foundations of a new approach to Polish-Jewish relations.

Join us for a meeting with the participants of the exchange during two events open to the public:

August 24, 3.00-5.00 p.m. – within the framework of the 10th Jewish Culture Festival - Singer’s Warsaw, the students will prepare an Israeli stand where they will present their own portrayals of modern-day Israel.
More

August 29, 6.00 p.m. – screening of short films made within the framework of last year’s PIYE followed by a meeting with the participants and makers of the project.

In the fall, the Polish PIYE students will go to Israel where for three months they will study at Tel Aviv University and take part in a language course. They will get to know the history, traditions, culture and current socio-political situation of Israel.

The project is a joint initiative of the Museum of the History of Polish Jews and the Association of the Jewish Historical Institute of Poland.

The project is supported by: Ygal Ozechov  and Tomek Ulatowski