Cultural award for the creators of the Core Exhibition 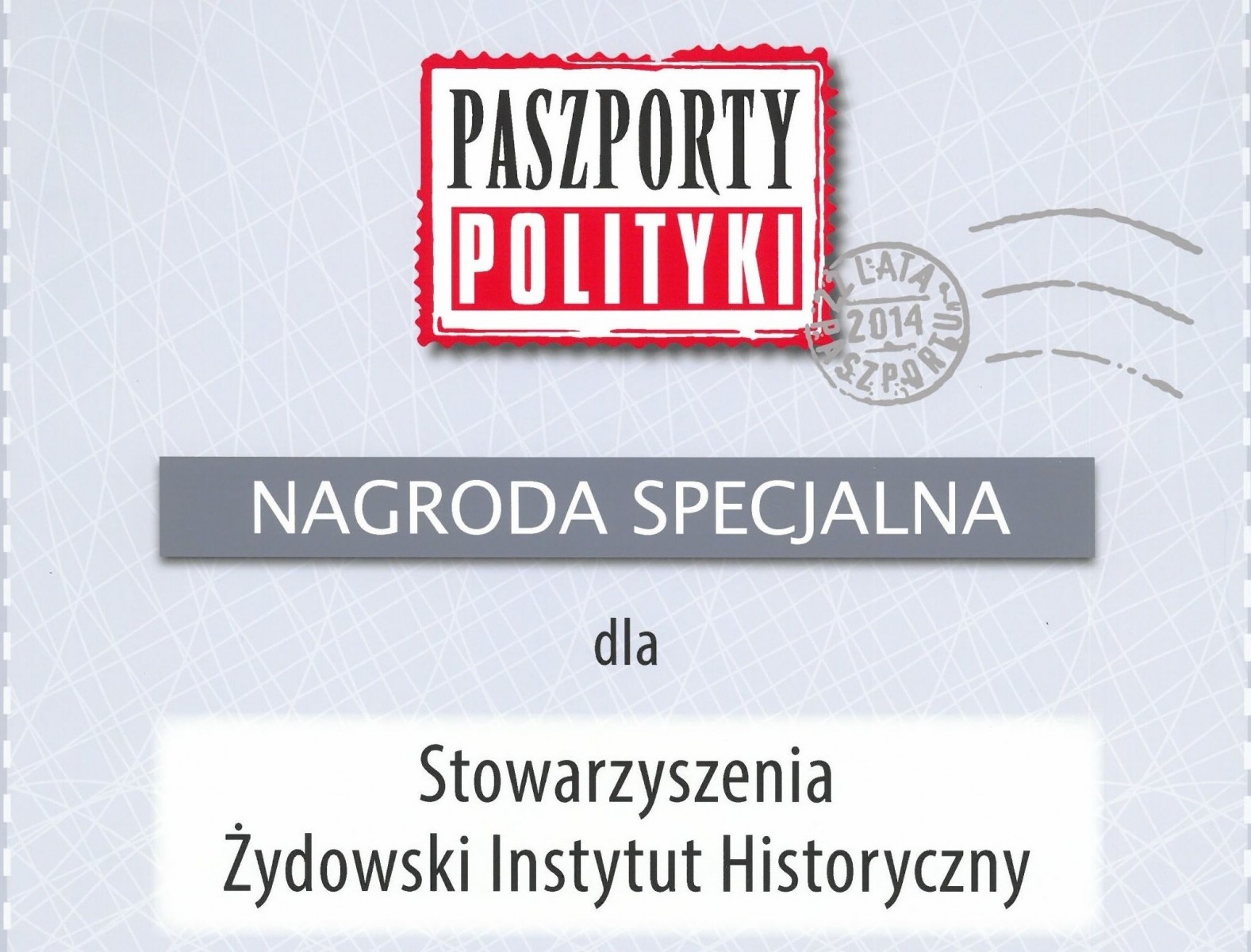 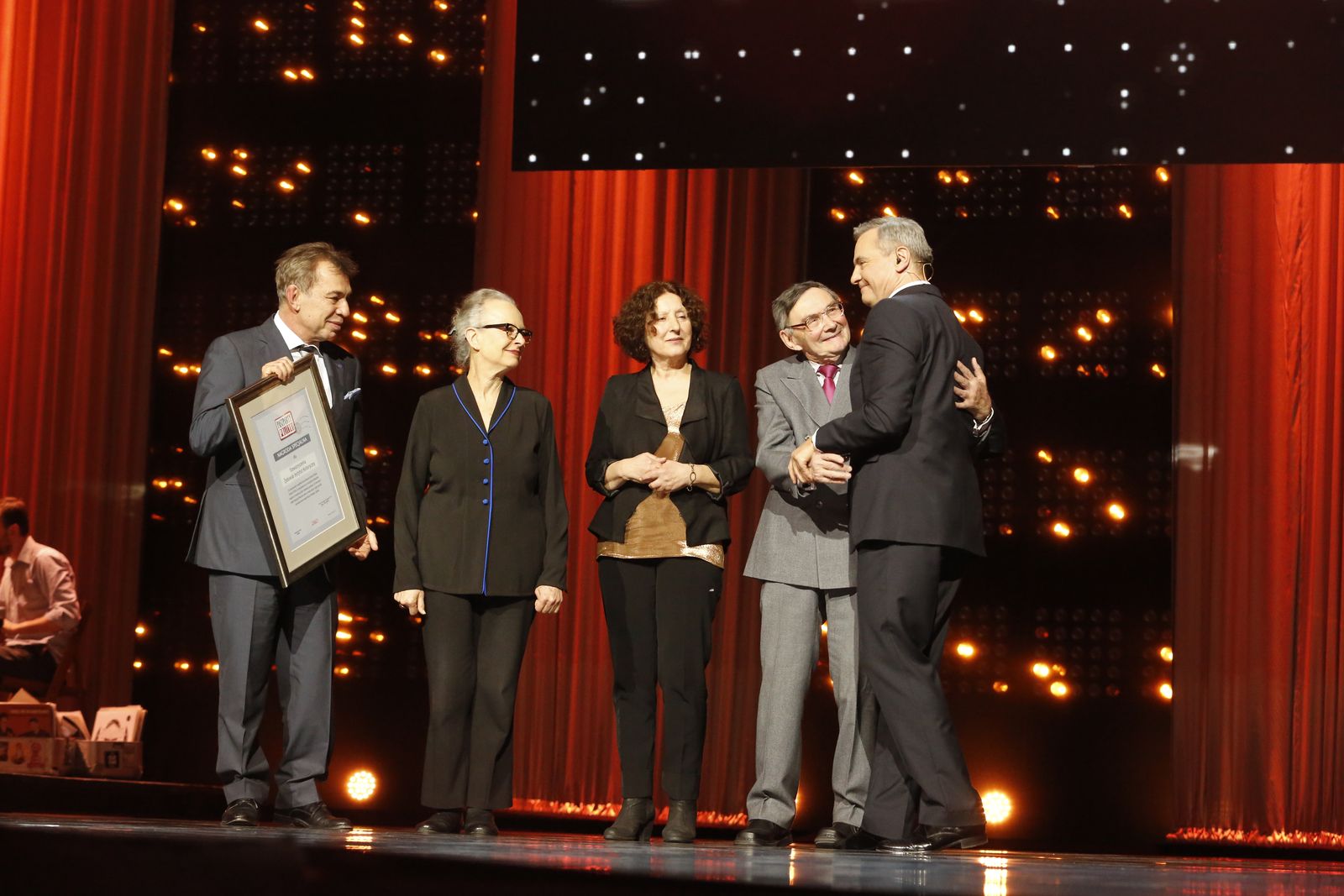 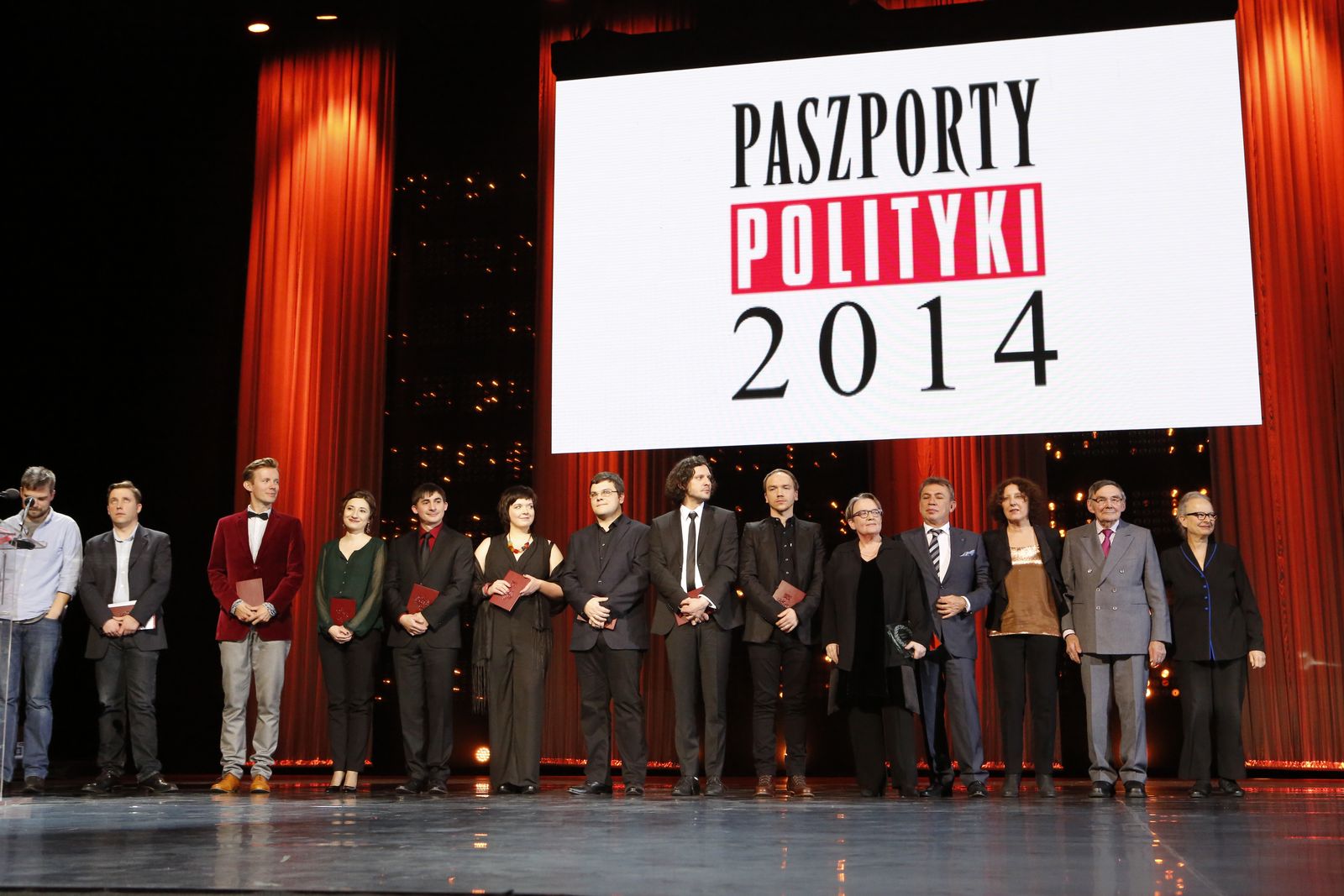 On January 13, 2015, during a ceremonial gala in the Grand Theatre – National Opera, “Polityka Magazine’s” Passport Awards were presented for the 22nd year.  The prestigious cultural award was granted to the Association of the Jewish Historical Institute of Poland (AJHIP). Polityka weekly magazine presents the Passports Award in six categories: film, theatre, visual arts, classical music, pop music, and literature.

This year, a special award was presented for the first time. It was granted to the AJHIP “for initiating and co-creating the POLIN Museum of the History of Polish Jews, for its involvement in the cultural initiatives related to the joint Polish and Jewish relations, for creating the Core Exhibition of the POLIN Museum, which in a modern and clever way depicts important topics of the history of Poles and Jews.”

The awards presentation gala in the Grand Theatre was hosted by the editor-in-chief of Polityka, Jerzy Baczyński, and TV host Grażyna Torbicka. On behalf of the Association, the award was accepted by the Chairman of the Board, Piotr Wiślicki, the Deputy Chairman, Marian Turski, the Program Director of the Core Exhibition, Prof. Barbara Kirshenblatt-Gimblett, and Dr. Grażyna Pawlak, initiator of the museum project and currently Director of the Prof. Moses Schorr Foundation.

“It is a great commendation not only for four people who represent the Association today,” said Piotr Wiślicki, “but, above all, for hundreds of people to whom we owe the establishment of the POLIN Museum of the History of Polish Jews. For over two decades, they had been implementing the idea of the Museum's creation. Those were co-workers, employees and friends of the Association and the POLIN Museum but also public partners, the Ministry of Culture and National Heritage as well as the City of Warsaw with which we concluded a unique – in Poland’s scale – public-private partnership in 2005. It is also a social movement of over five hundred donors from all over the world who put their trust in us and donated their resources to the exhibition,” said the Chairman of the Association during the ceremony of the award presentation.

The Polityka’s Passports Award were also presented to: