4th edition of the Daffodils campaign 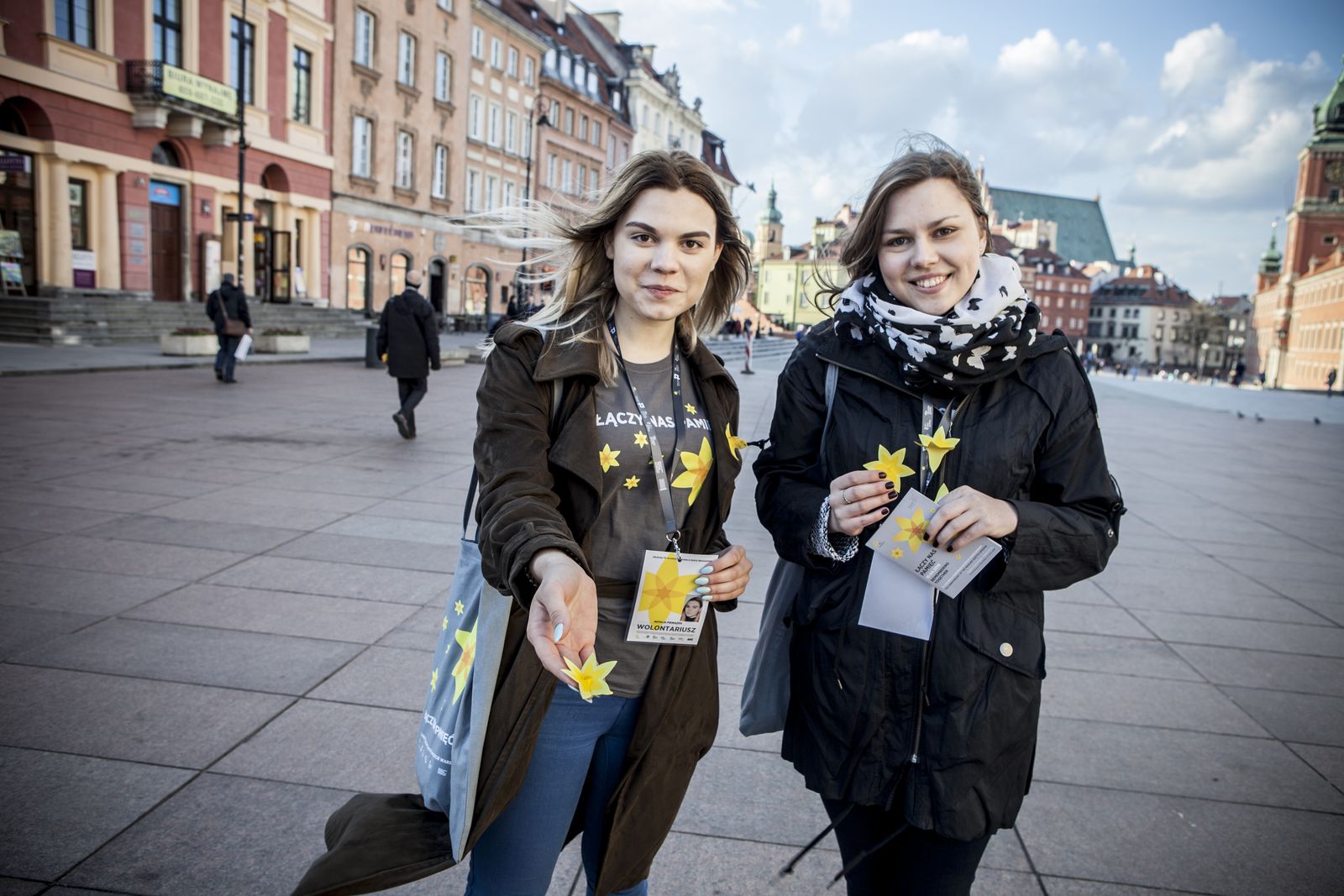 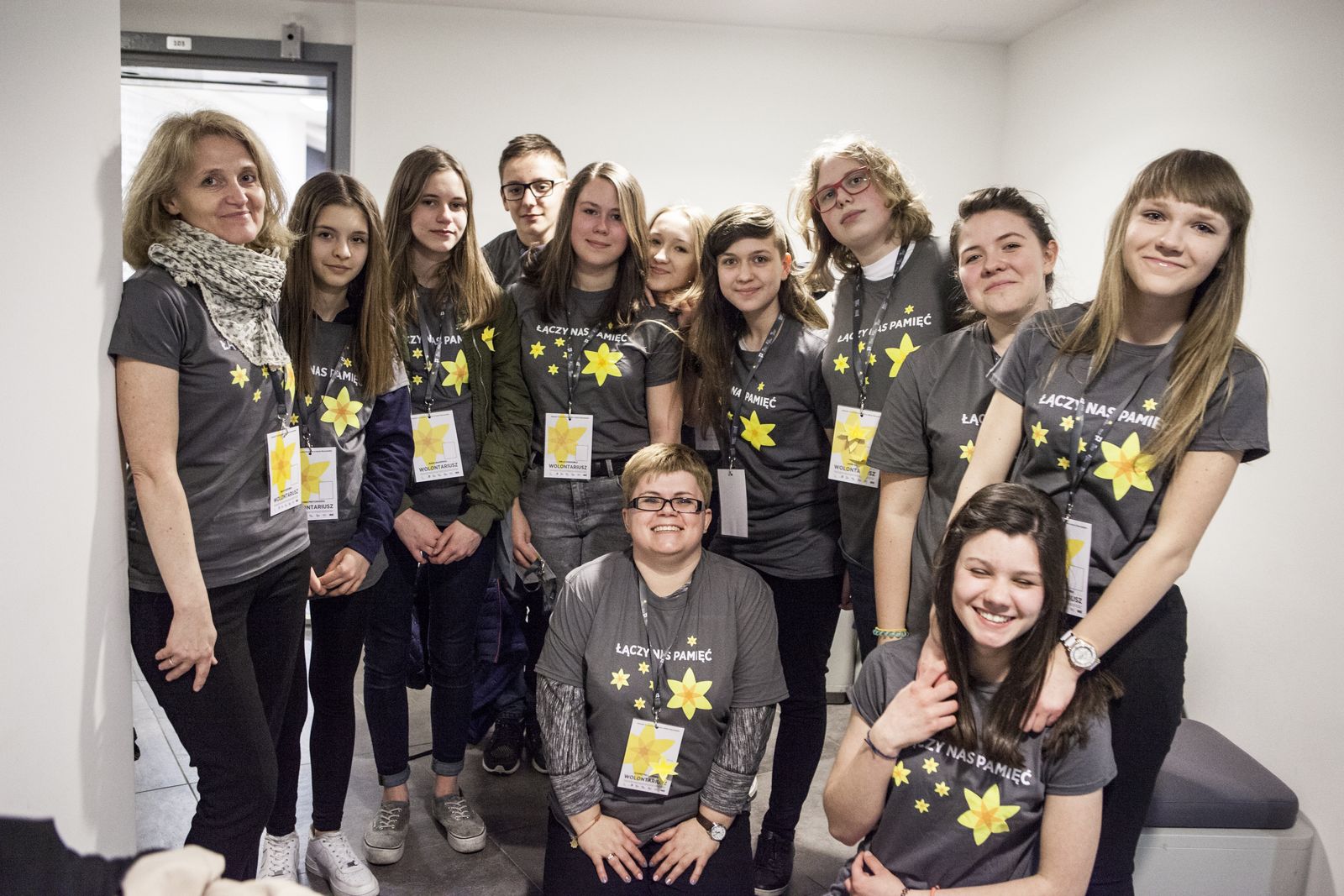 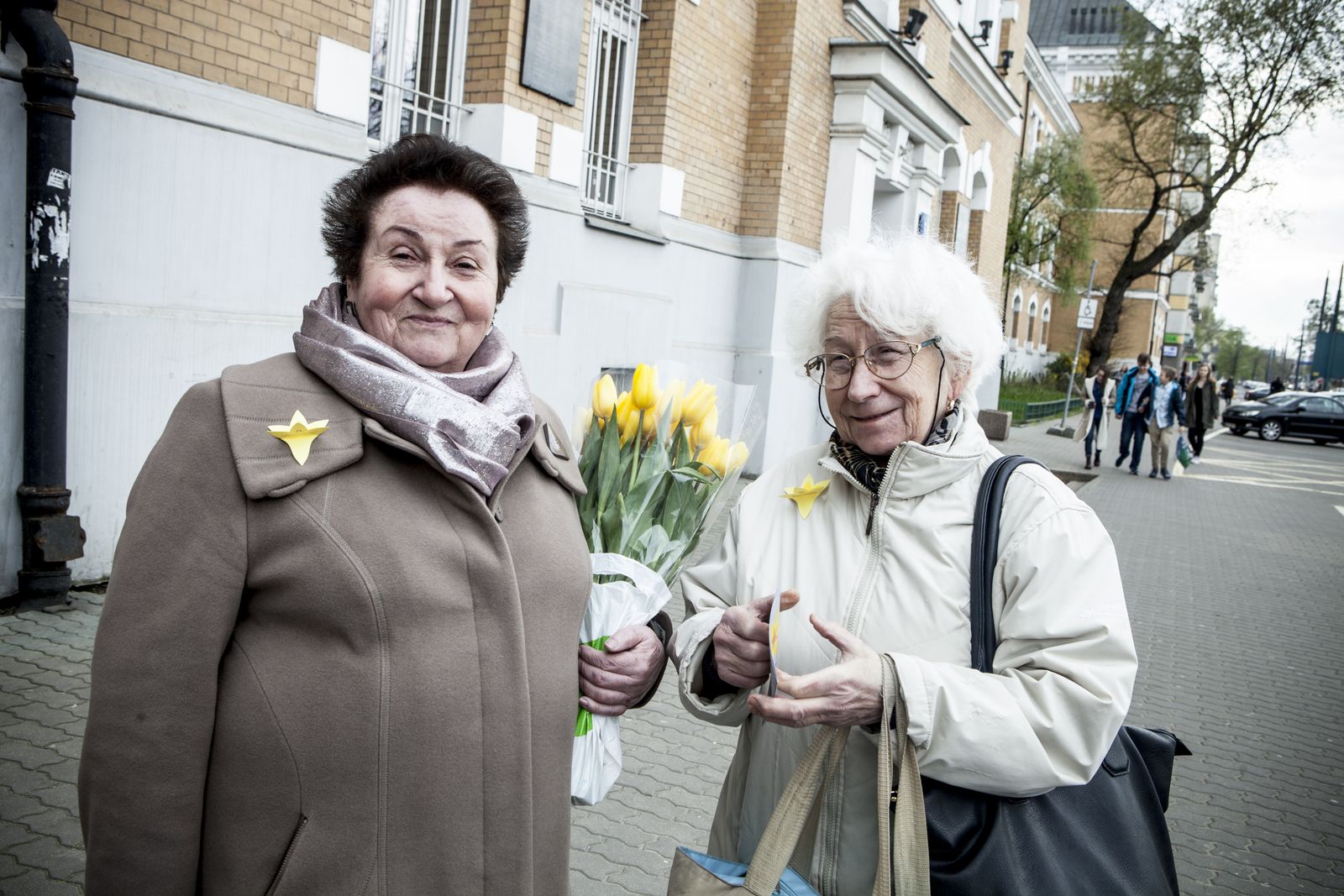 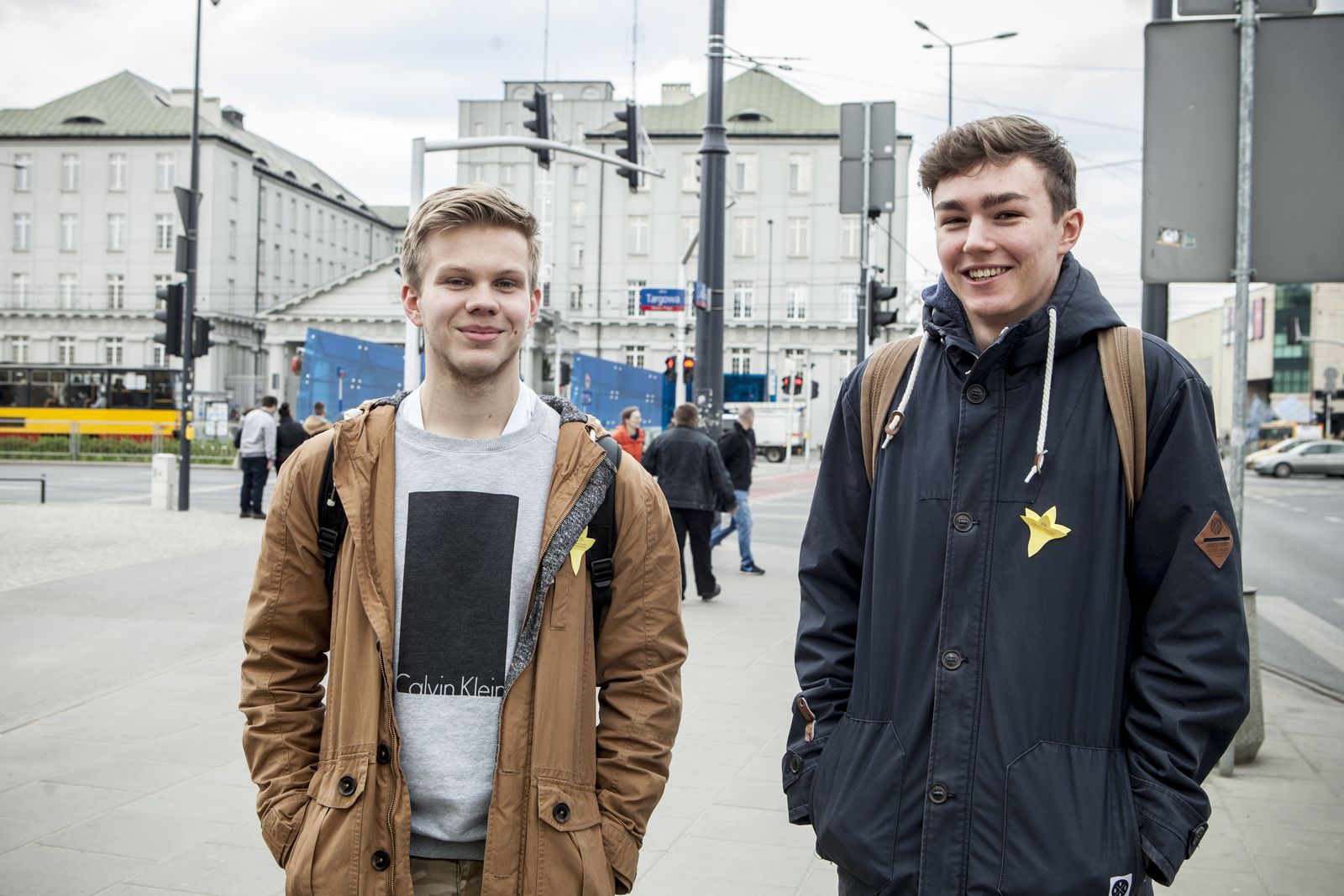 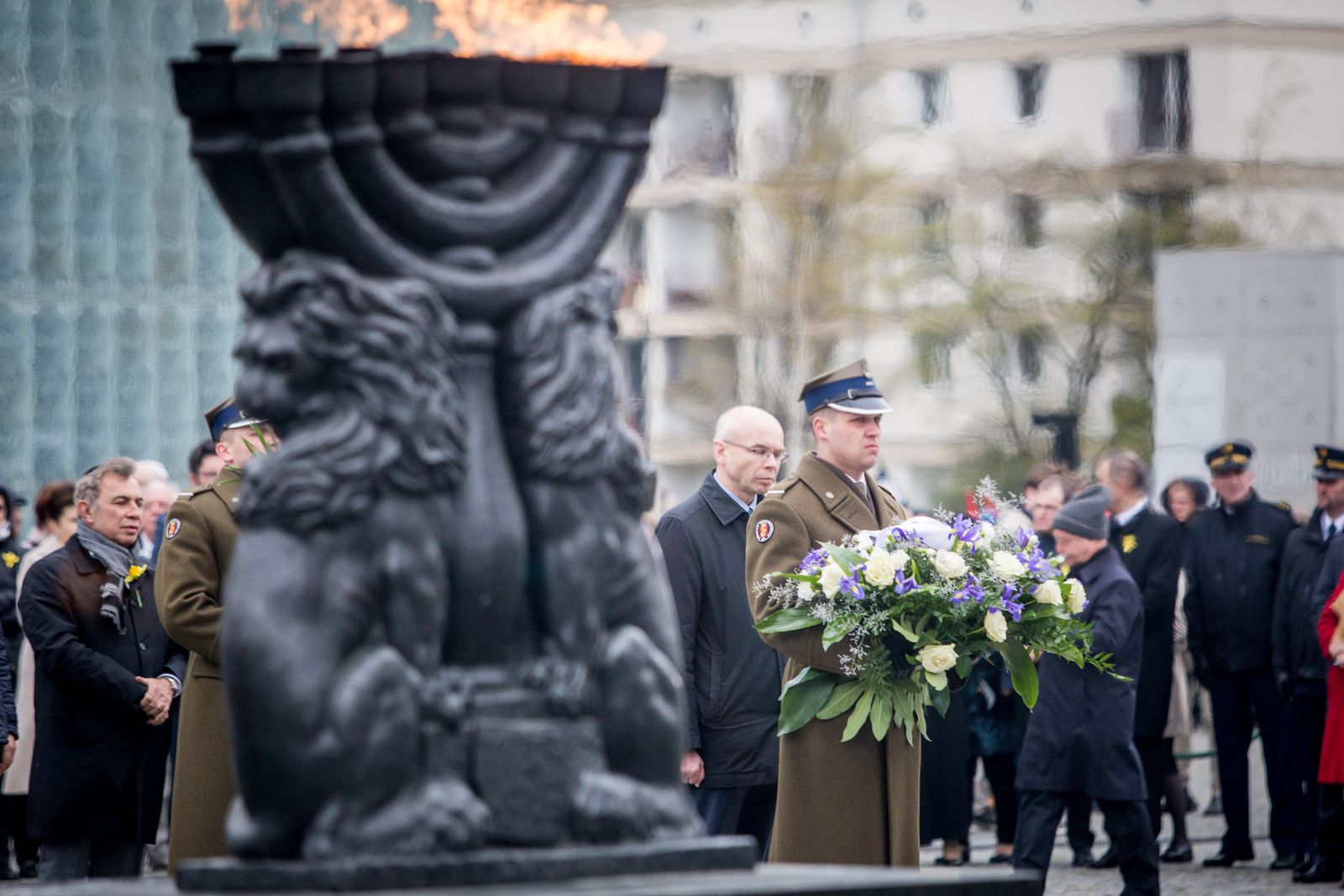 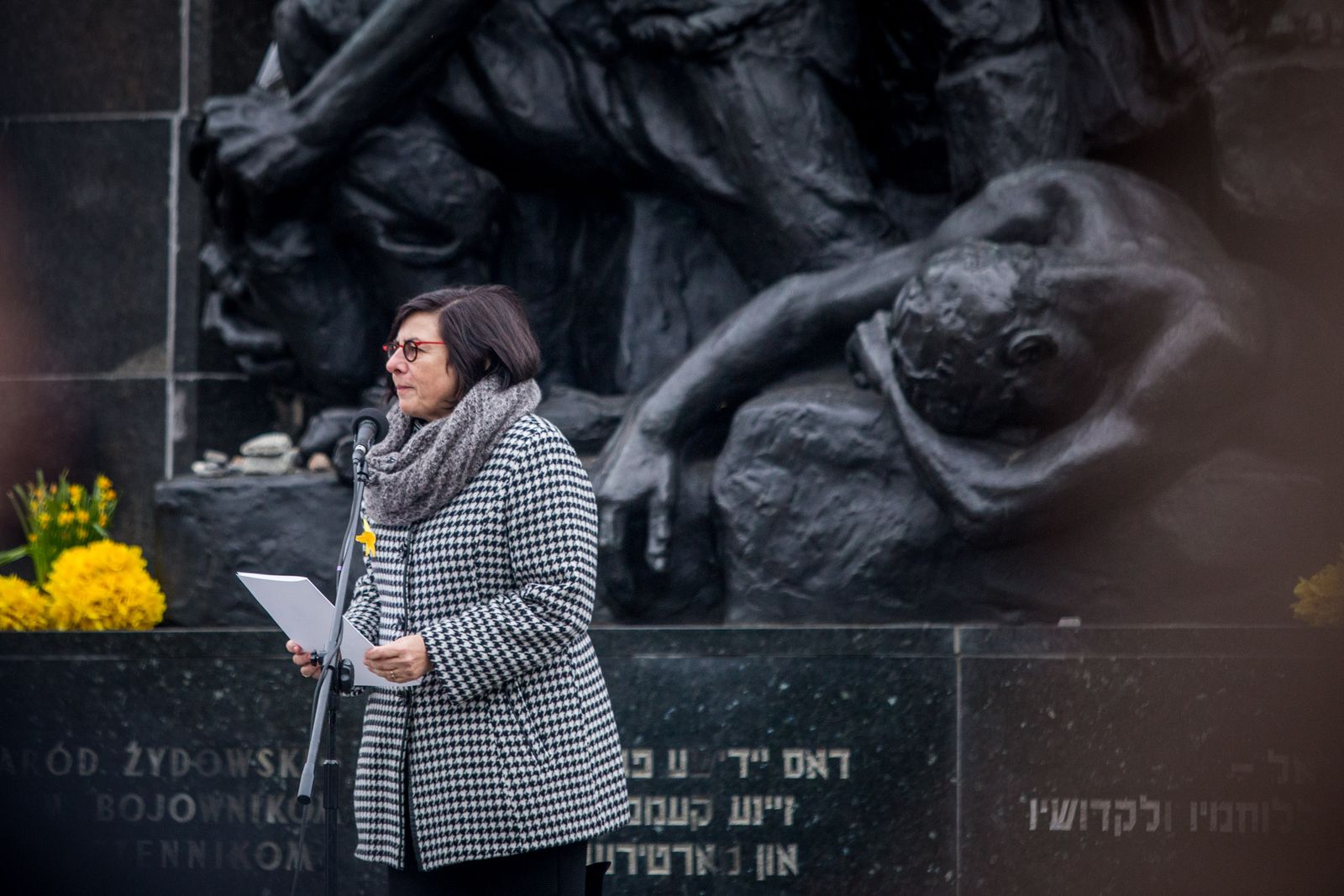 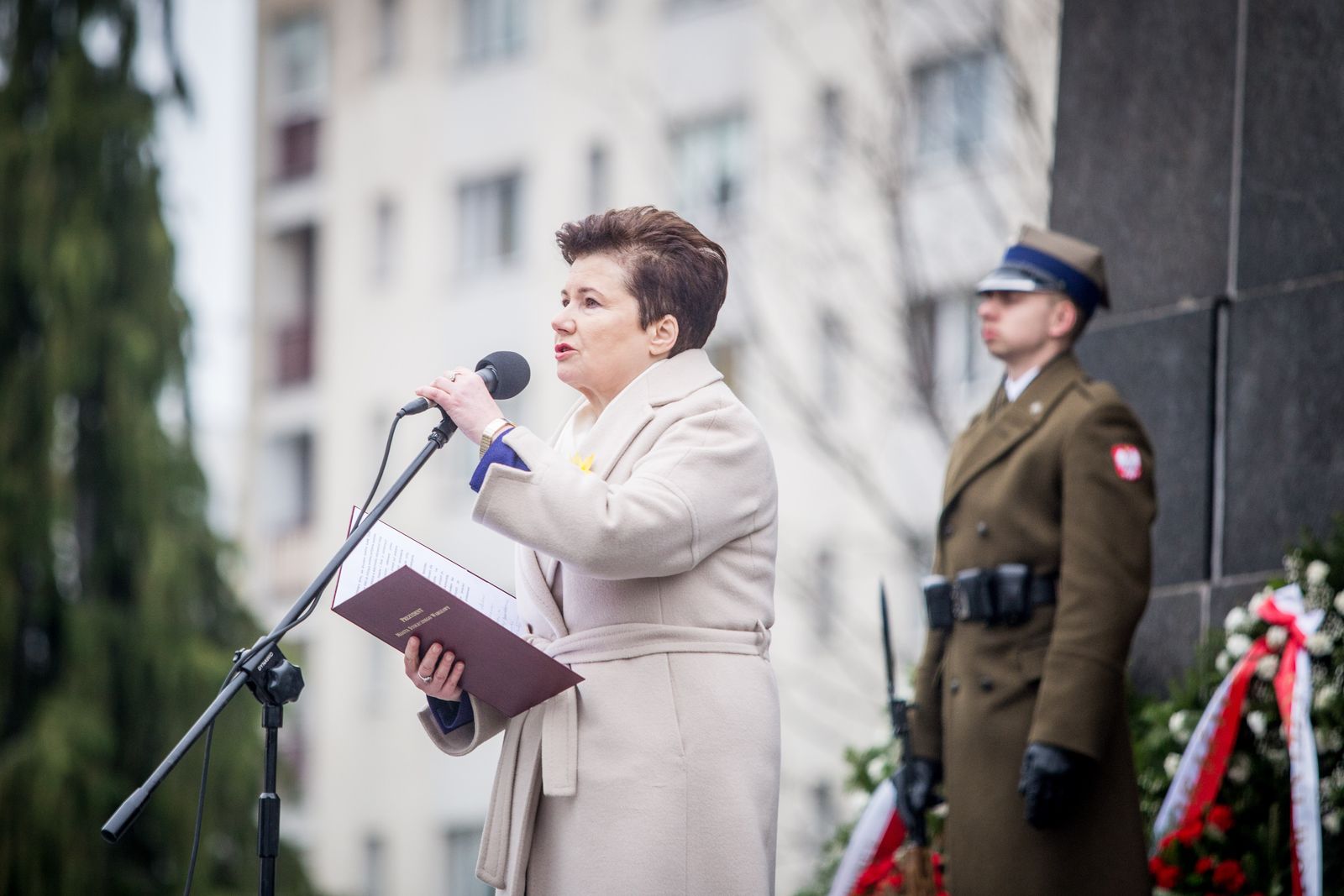 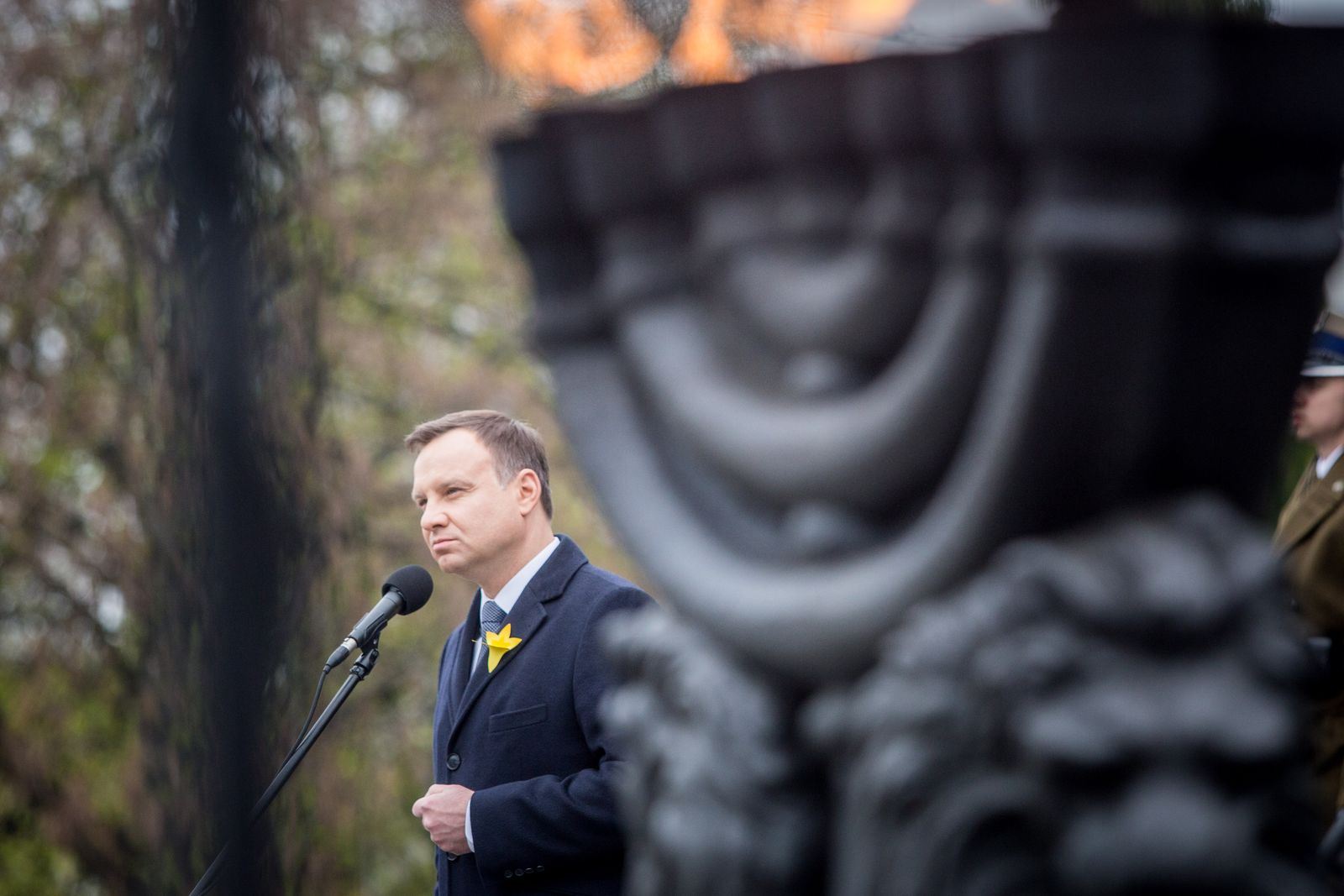 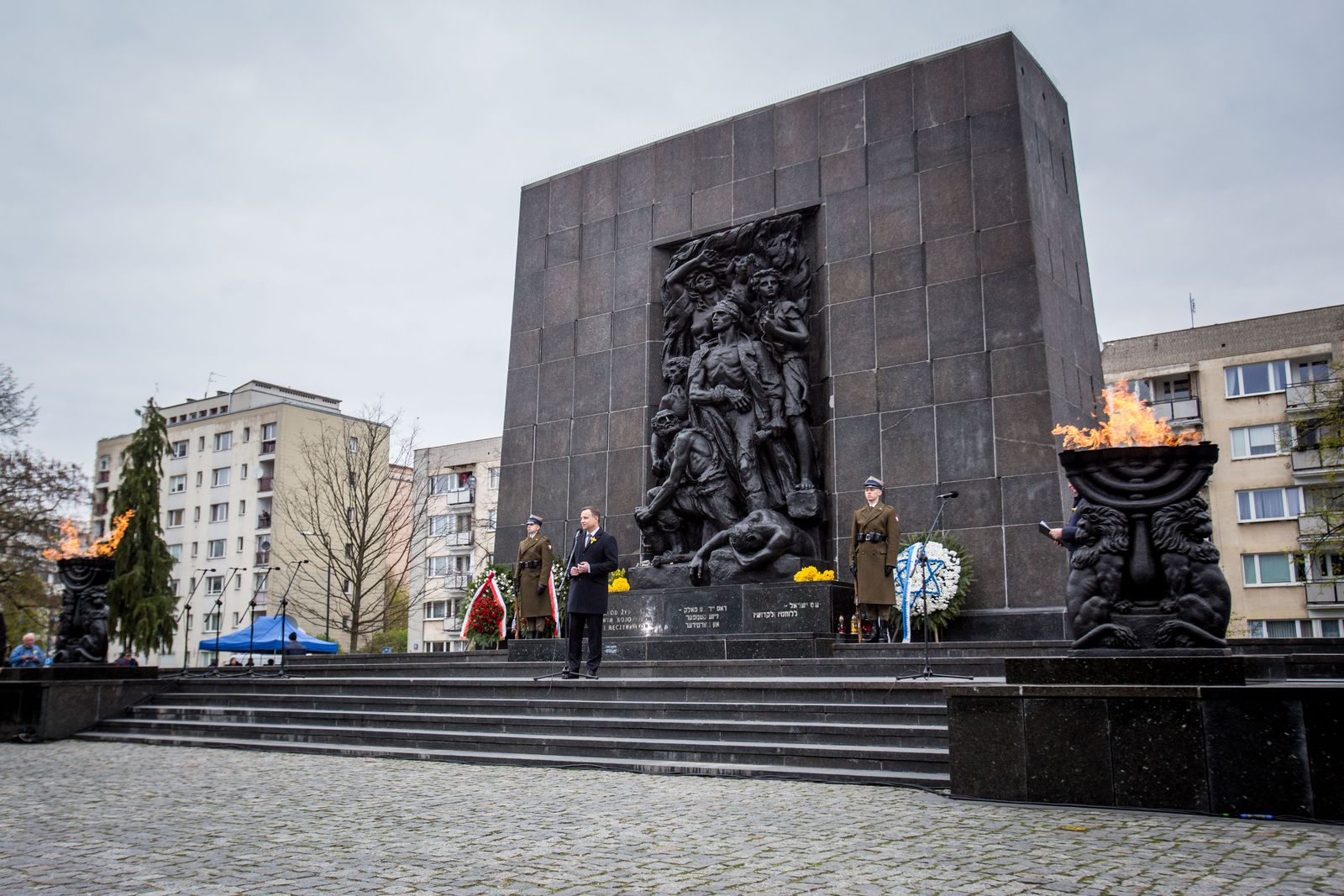 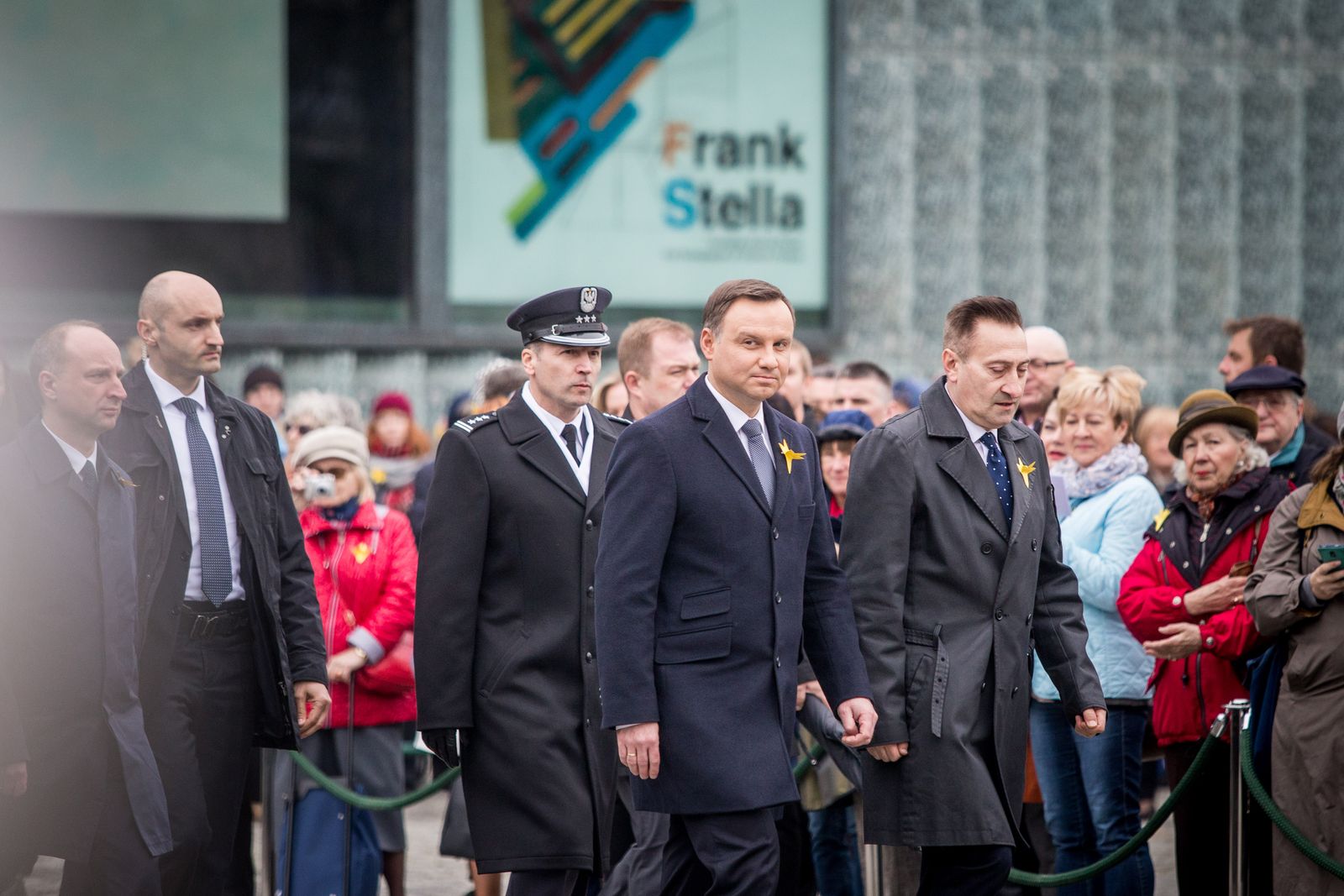 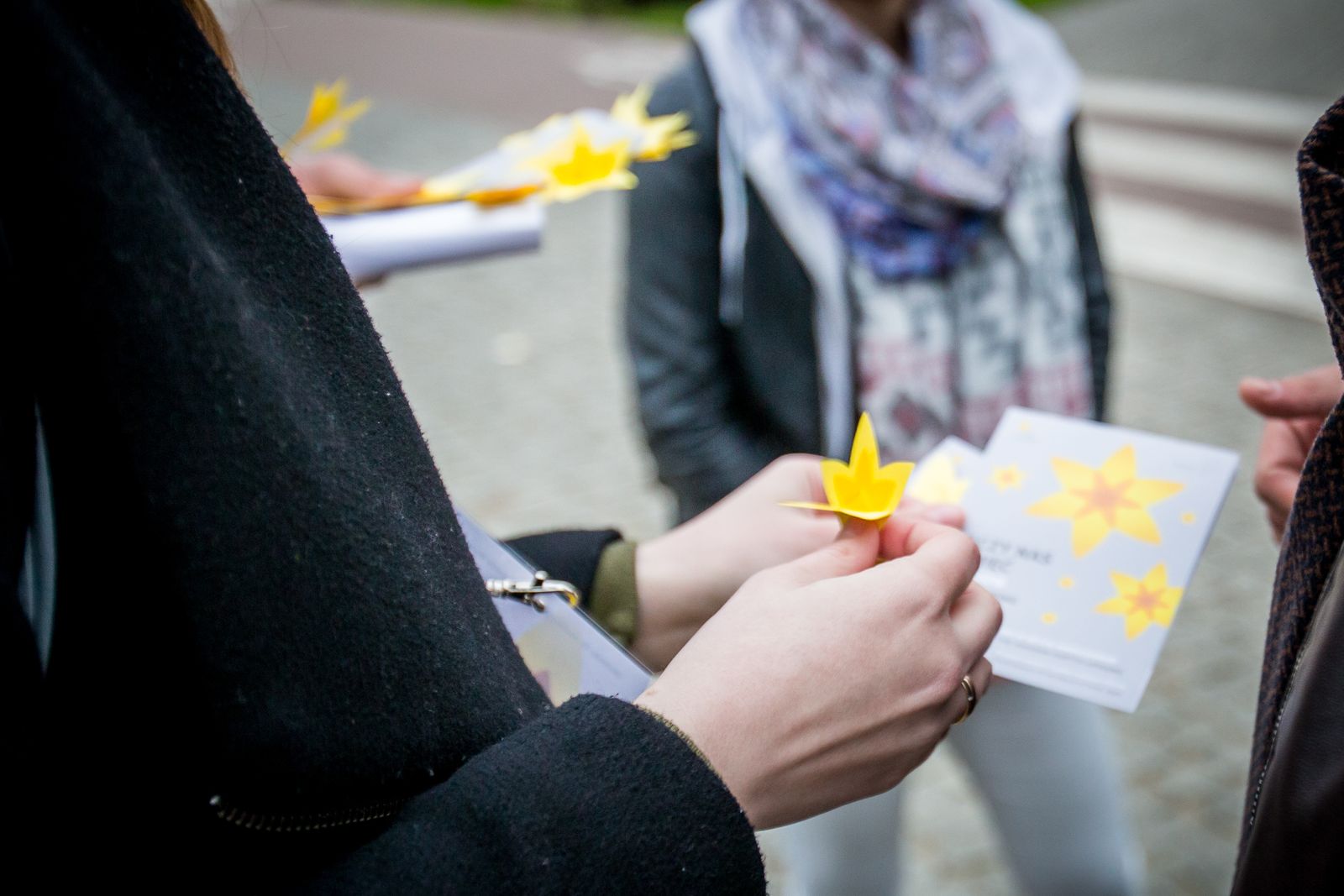 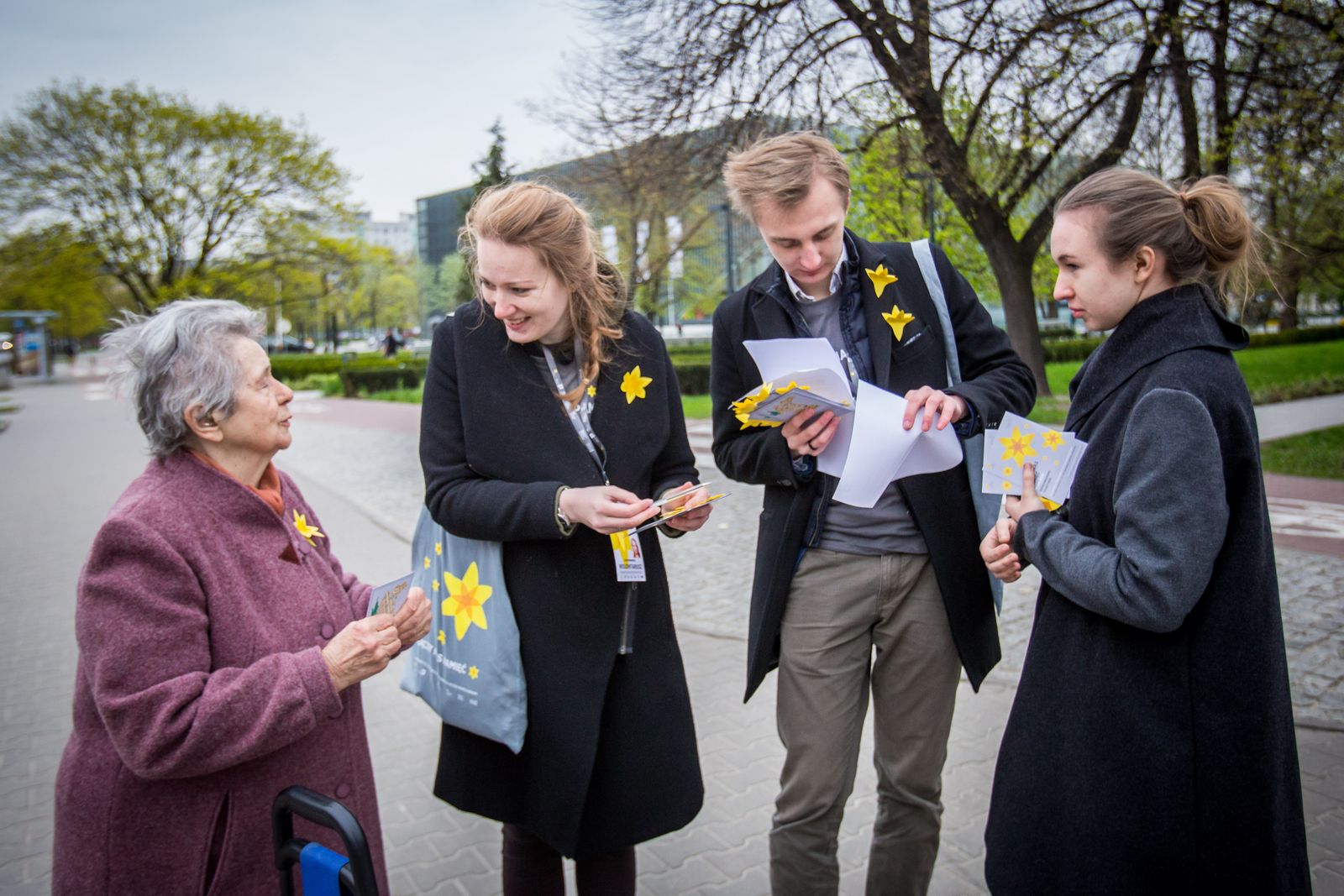 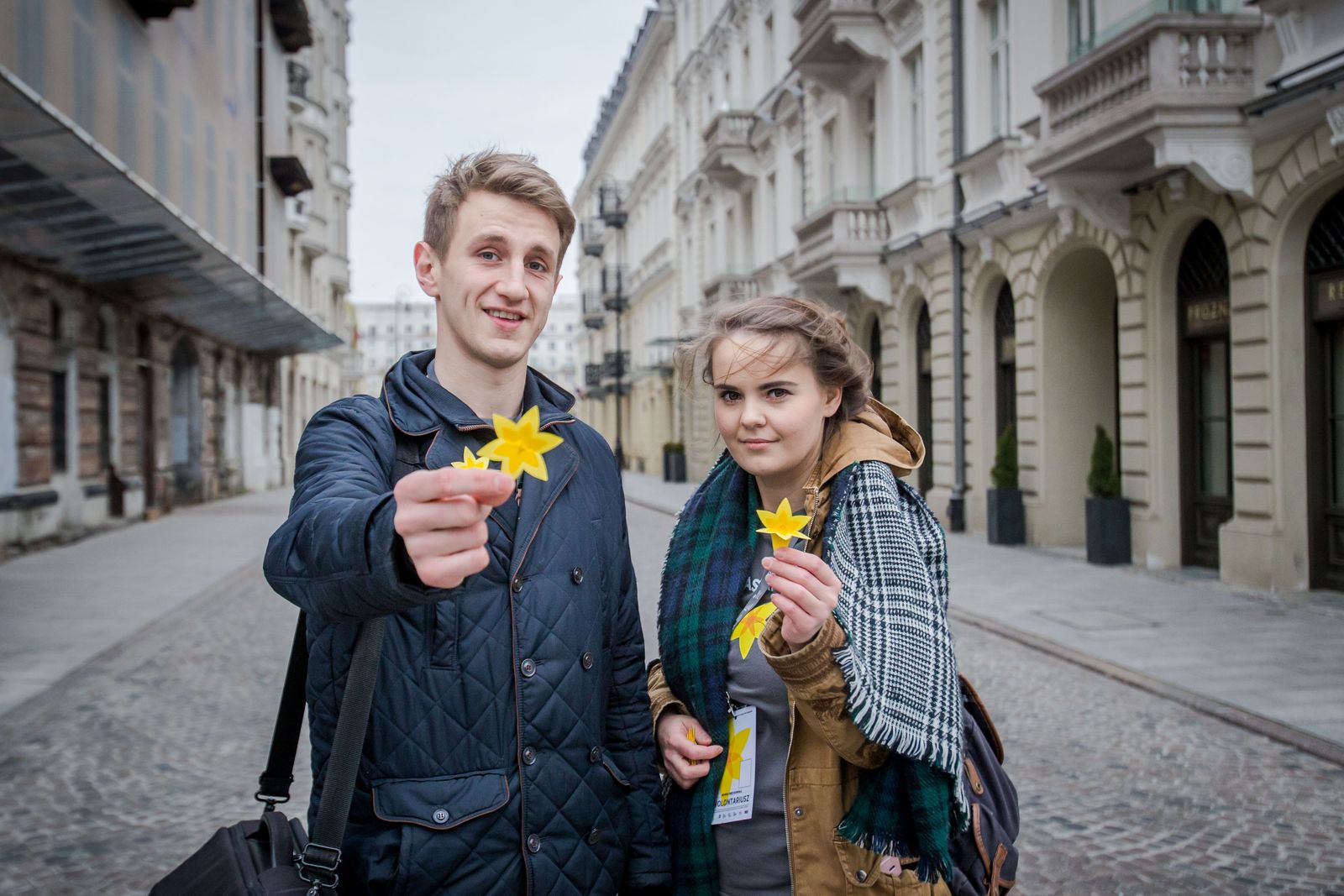 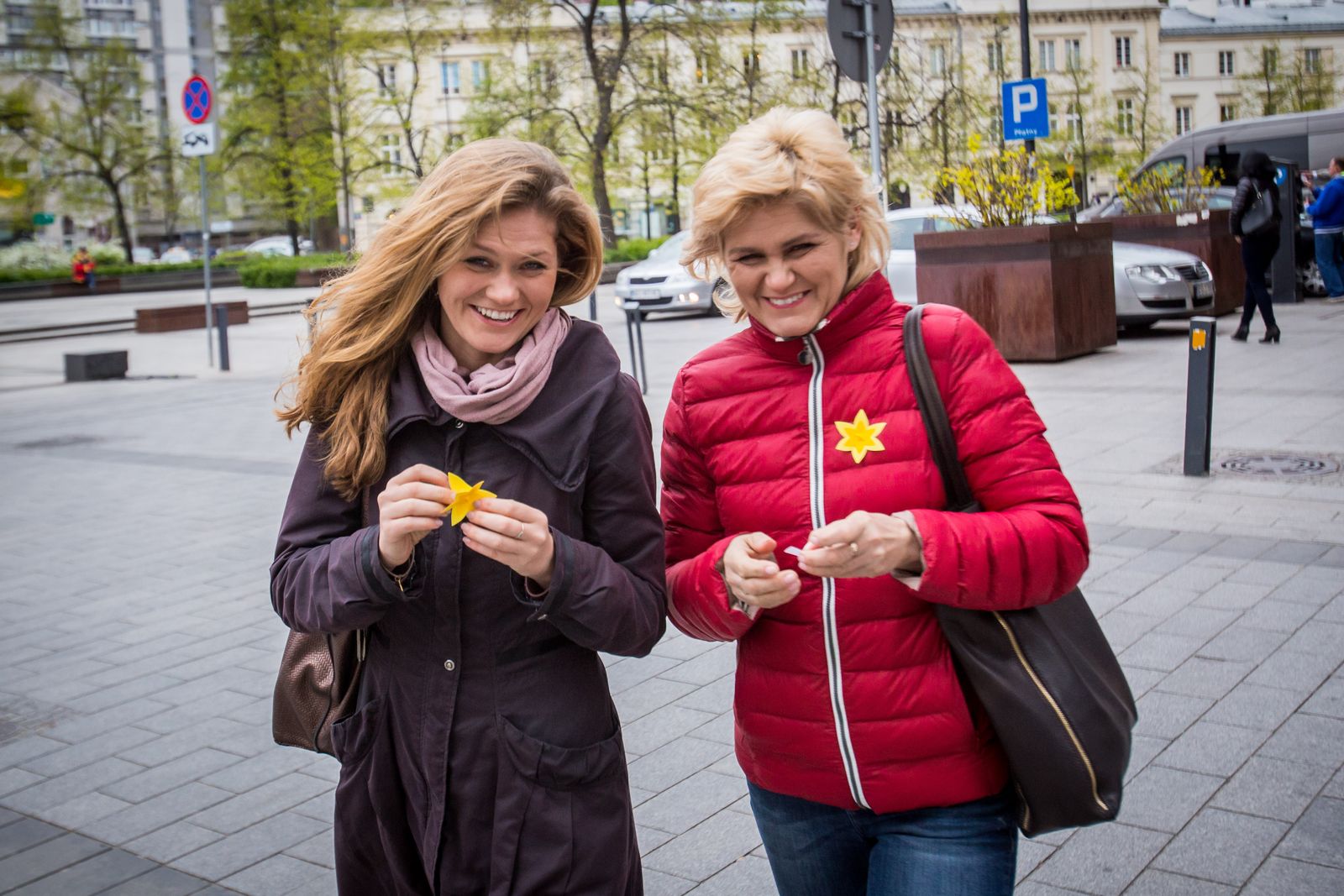 POLIN Museum commemorated the 73rd anniversary of the Warsaw Ghetto Uprising by organizing yet another edition of the social-educational Daffodils campaign. This unique event, organized for the 4th time already, would not be possible without the help of our volunteers.

Over a thousand people handed out paper flower pins and leaflets with information on the Ghetto Uprising. Over 60 thousand daffodils – symbols of remembrance of the heroes of 1943 have been distributed amongst Warsaw residents.

The residents extended warm welcome to the volunteers: many passers-by approached them unprompted, asking for a commemorative pin. The number of people familiar with the campaign and eager to participate in it has been growing year by year.

All the participants of the formal ceremony commemorating the Uprising anniversary at the Monument to the Ghetto Heroes Square were wearing daffodil pins. The representatives of top state administration: President Andrzej Duda, Prime Minister Beata Szydło and Mayor of Warsaw Hanna Gronkiewicz-Waltz all wore paper daffodils in their lapels.

We would like to extend our thanks to all the people and organizations who have been involved in the campaign of commemorating the heroes of the Warsaw Ghetto Uprising. Aside from a thousand volunteers, the Daffodils campaign owes its success to ca. 1500 schools and libraries from all over Poland which on 19 April organized workshops and ceremonies, using materials (including daffodil templates) which could be downloaded from the POLIN Museum website.

The film entitled Nie było żadnej nadziei. Powstanie w getcie warszawskim 1943 (There Was No Hope. The Warsaw Ghetto Uprising, 1943), produced by POLIN Museum, was also highly popular with over 45,000 hits on that very day.

We do hope you will join the Daffodils campaign next year. Remembering together!