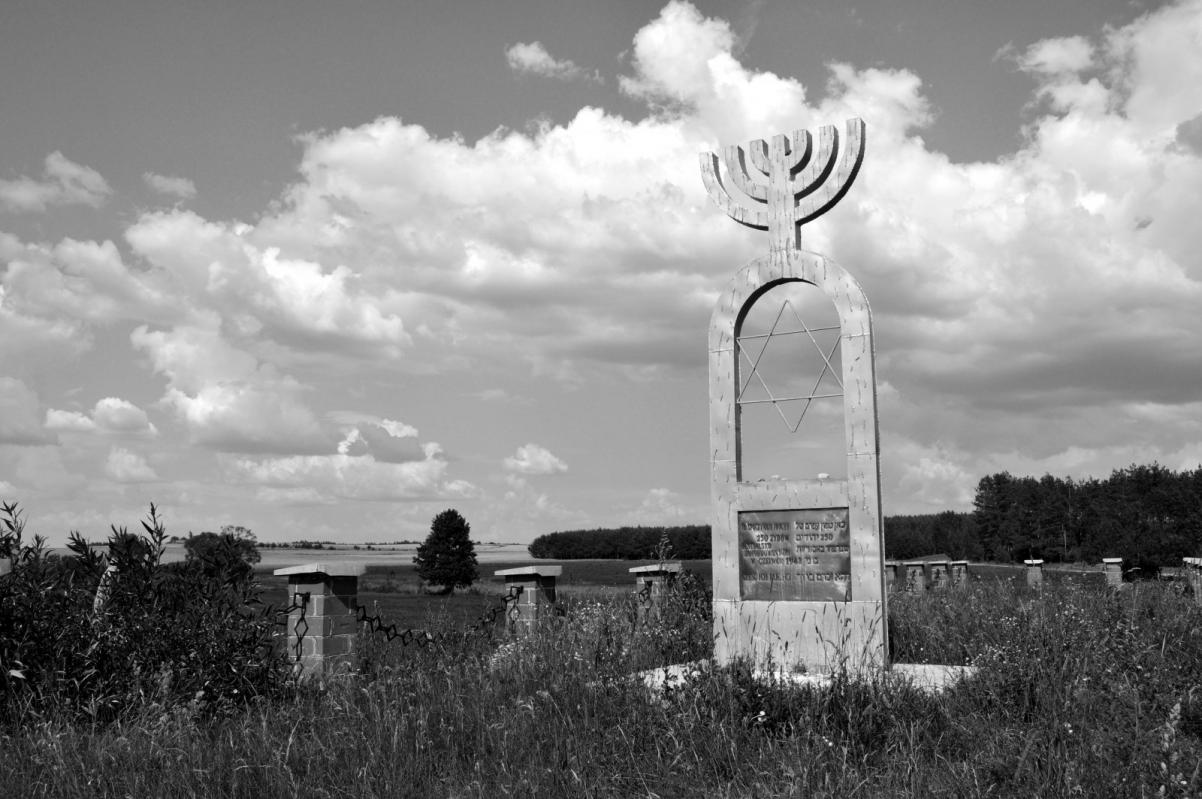 In the first days and weeks of the German-Soviet war, the Baltic countries, especially Lithuania and Latvia, inhabited by large Jewish communities, were the site of incredibly grisly events. The area saw the outbreak of pogroms perpetrated by the local population under the lead of nationalist paramilitary organisations, partisans, and militia units created impromptu.

More than ten thousand Jews were murdered at the hands of the local population. In the parlance of the Einsatzgruppen, these events were referred to as self-cleansing (Selbstreinigungsaktionen). According to an Einsatzgruppen report, “[…] it was very easy to convince the Lithuanian circles that there was a need to conduct a self-cleansing action with the aim of fully eliminating Jews from the public life. Spontaneous pogroms took place in all towns.”

A similar information delivered by a Jewish witness had a vastly different tone: “Terrible news is coming from inner Lithuania: in a whole series of towns (like Landwarów, Troki, Święcany, Niemenczyn, Nowa Wilejka, Ejszyszki etc.) all Jews were killed off. Not even infants were spared, during one of the executions two women gave birth – and right after coming into the world, the newborn babies were murdered.”

According to the estimates of the officials of the Einsatzgruppen, “[…] the self-cleansing activities in Lithuania, Latvia, and Estonia led to the liquidation of over 20,000 communists and Jews by self-defence organisations (Selbstschutz-Organisationen). These organisations have already been dissolved as a part of the process of reorganisation of the issues of official order and safety in those territories. These forces will be taken over, in smaller numbers, by the local auxiliary police.”

The officials of the Einsatzgruppen were not just satisfied with the attitudes of nationalists and the local population in the Baltic countries, which to a significant extent relieved them of the task of exterminating the Jewish population. They also put much emphasis on the propaganda effect of those events. Efforts were taken to document the pogroms and later show them in appropriate light. “Both in Kaunas and in Riga, film footage and photographs were prepared in order to establish [present], as much as possible, that the first spontaneous executions of Jews and communists were carried out by Lithuanians and Latvians.”

Finally, extensive fragment of reports regarding the general assessment of the self-cleansing action in the Baltic countries will be cited. These actions show clear connections to the extermination of Jews by the Nazi.

“Inciting self-cleansing actions (Selbstreinigungsaktionen). Assuming that the population of the Baltic countries suffered most under the rule of Bolsheviks and Jews after those countries had been incorporated into the USSR, it could be anticipated that having been freed from this alien power, they would eliminate the enemy remaining in the area after the withdrawal of the Red Army by themselves. It was the task of the Security Police to prepare those self-cleansing actions and direct them in a way that would allow for achieving the goal of cleansing as quickly as possible. Just as important was to make it an indisputable and proven fact that it was the freed population itself that took the most brutal measures on its own initiative and used them against the Bolshevik and the Jewish enemy, without any transparent presence of any German institutions.”

“In Lithuania, this goal was achieved for the first time by the activation of partisans in Kaunas. To our surprise, at first it proved difficult to instigate a large-scale anti-Jewish pogrom. Klimatis, the leader of the partisan unit mentioned above, who was the first person engaged into the operation, managed to instigate a pogrom thanks to the instructions he had been given by a small unit of the front guard operating from Kaunas in a way that made German orders or instructions go unnoticed by outsiders. During the first pogrom, on the night of 25 June, Lithuanian partisans eliminated over 1,500 Jews, set fire to several synagogues or destroyed them in a different manner, and burned down an area of ca. 60 houses inhabited by Jews. Over the course of the following night, they exterminated 2,300 Jews the same way. Other parts of Lithuania followed the example of Kaunas, but the pogroms were organised on a smaller scale and also directed against some communist who had been left behind.”

“These self-cleansing actions went smoothly because the Wehrmacht authorities, who had been notified of the proceedings, showed understanding of this procedure. At the same time, it was obvious from the very start that pogroms could be carried out only in the first days of the occupation. Once the partisans had been pacified, self-cleansing actions ceased.”

“It could be anticipated from the very beginning that the Jewish problem in Ostland could not be resolved by pogroms themselves. At the same time, the security police was given basic, general orders regarding self-cleansing operations aimed at maximum elimination of Jews. Large-scale operations were therefore carried out in towns and villages by special commandos (Sonderkommandos), with support from selected units – partisan groups in Lithuania and groups of Latvian auxiliary police in Latvia. Executions were conducted efficiently. In places where Lithuanian and Latvian forces were incorporated into the execution units, the first people to be selected were those whose family members and relatives had been killed or deported by Russians. The total number of Jews exterminated in Lithuania amounts to 71,105. During the pogrom, 3,800 Jews were killed in Kaunas and ca. 1,200 in smaller towns.”