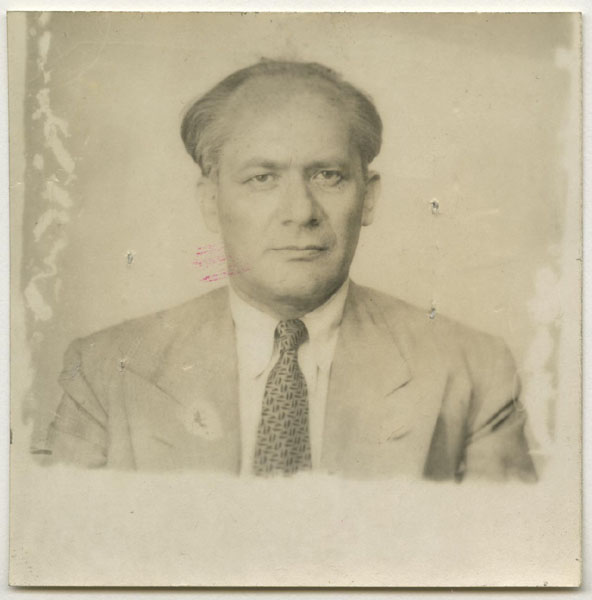 Rafał Lemkin became famous for coining the term ‘genocide.’ He was a relentless proponent of introducing category of genocide to the international penal law. He contributed to the adoption in 1948 of the UN Convention on the Prevention and Punishment of the Crime of Genocide. Today, the prohibition of genocide is considered to be a universally applicable standard of international law.

Rafał Lemkin was born on 24 June 1900 in the Volkovysk district where his father leased a manor estate - a rare case among the Jews. During his studies at the Jan Kazimierz University in Lvov, under the supervision of eminent lawyer Juliusz Makarewicz, he specialized in comparative penal law, among others he translated into Polish penal codes of the Soviet Russia and fascist Italy.

Through this translation work he developed an interest in the international criminal law. Famous trials of the assassins of Talaat Pasha, responsible for the Armenian Genocide, and Semen Petliura, deemed responsible for the Jewish pogroms in Ukraine, served as a vital impulse in the development of Lemkin’s ideas.

Working as a court secretary, prosecutor and later an attorney, Lemkin was active in the Polish section of the International Criminal Law Association. In a paper delivered at one of the conferences, he presented a concept of including barbarian offences - understood as an extermination of minority groups - as well as vandalism, i.e. deliberate destruction of cultural goods produced by these minorities, in the international criminal jurisdiction. It was a prefiguration of his later concept of genocide.

Following the outbreak of the Second World War, Lemkin fled Warsaw and ultimately ended up in the United States in 1941, where he took up a post in the governmental administration and as an academic. His studies on the occupational politics of Nazi Germany and its allies resulted in a volume published in 1944 and titled Axis Rule in Occupied Europe: Analysis of Government, Proposals for Redress. It was precisely in this book that Lemkin formulated the idea of a genocide as a crime of international law.

Lemkin’s concept of a genocide was broad and included a series of all sorts of coordinated actions taken with the goal of destroying a nation or an ethnic group as such (in the course of developing the concept, Lemkin added also religious groups to it). Lemkin didn’t limit the idea of genocide to the actual physical extermination of a minority group. His concept also involved operations undertaken within the political, social, cultural, economic, religious and moral sphere, aimed at destroying a group’s identity.

His concept was novel not only because it responded to the unprecedented crimes of the twentieth century (primarily the Holocaust), but also went beyond the current horizon of international criminal law, the sources of which were related to the prosecution of war crimes. Lemkin offered to prosecute acts committed also during peacetime, regardless of whether they were prohibited by the internal law of a given state or not, and to be able to try the perpetrator of genocide wherever he was caught.

Although Lemkin was among the advisors to U.S. Attorney Robert Jackson, he did not manage to push through his concept while working on establishing the Nuremberg Tribunal. The Charter of the International Military Tribunal, adopted in July 1945, used the concept of crimes against humanity, a concept defined by yet another lawyer of Polish origin, Hersh Lauterpacht, also a graduate of the University of Lvov. While genocide meant acts against the group as a whole, the concept of crimes against humanity emphasized the protection of individuals.

Nevertheless, Lemkin's idea quickly gained wide recognition. The notion of genocide appeared in the indictment in Nuremberg, although not in the judgment of the Court (in Poland, the charge of genocide was brought against Nazi criminals judged in the 1940s by the Supreme National Court). As early as December 1946, the UN General Assembly passed Resolution no. 96 (I), in which it recognized genocide as a crime under international law, and two years later passed the Convention on the Prevention and Punishment of the Crime of Genocide (it entered into force in 1951). It was a great victory for Rafał Lemkin. Two decades later, already after his death in 1959, the UN recognized genocide, next to crimes against humanity and war crimes, as a non-statutory crime.

The definition of genocide adopted in the UN Convention of 9 December 1948 is narrower than Lemkin's original idea. It includes the physical extermination of protected groups (national, ethnic, racial or religious) or their biological destruction, but not the so-called cultural or economic genocide.

Although the concept of genocide - often called "a crime above all other crimes" - has made a remarkable career in the doctrine of criminal law, political science, sociology and journalism, the practical application of the 1948 definition of genocide as the basis for the ruling has proven extremely difficult. Amongst the reasons for that is the fact that the key element of this definition is a subjective factor, namely perpetrator's intention to destroy the protected group - as a whole or part of - as such. The first trials and convictions for genocide did not take place until the 1990s in front of the UN-established international criminal tribunals for dealing with the crimes committed in Yugoslavia and in Rwanda.