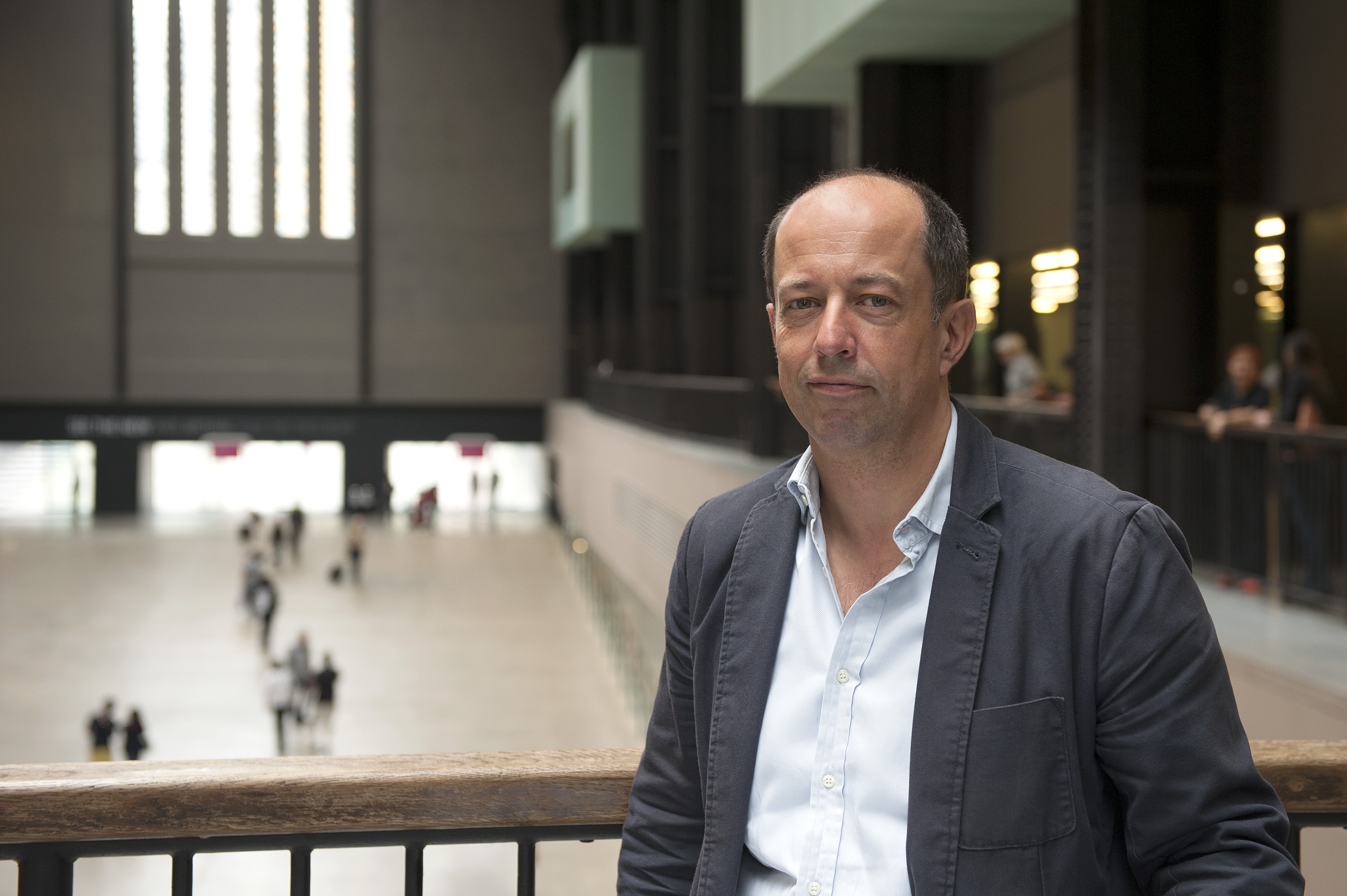 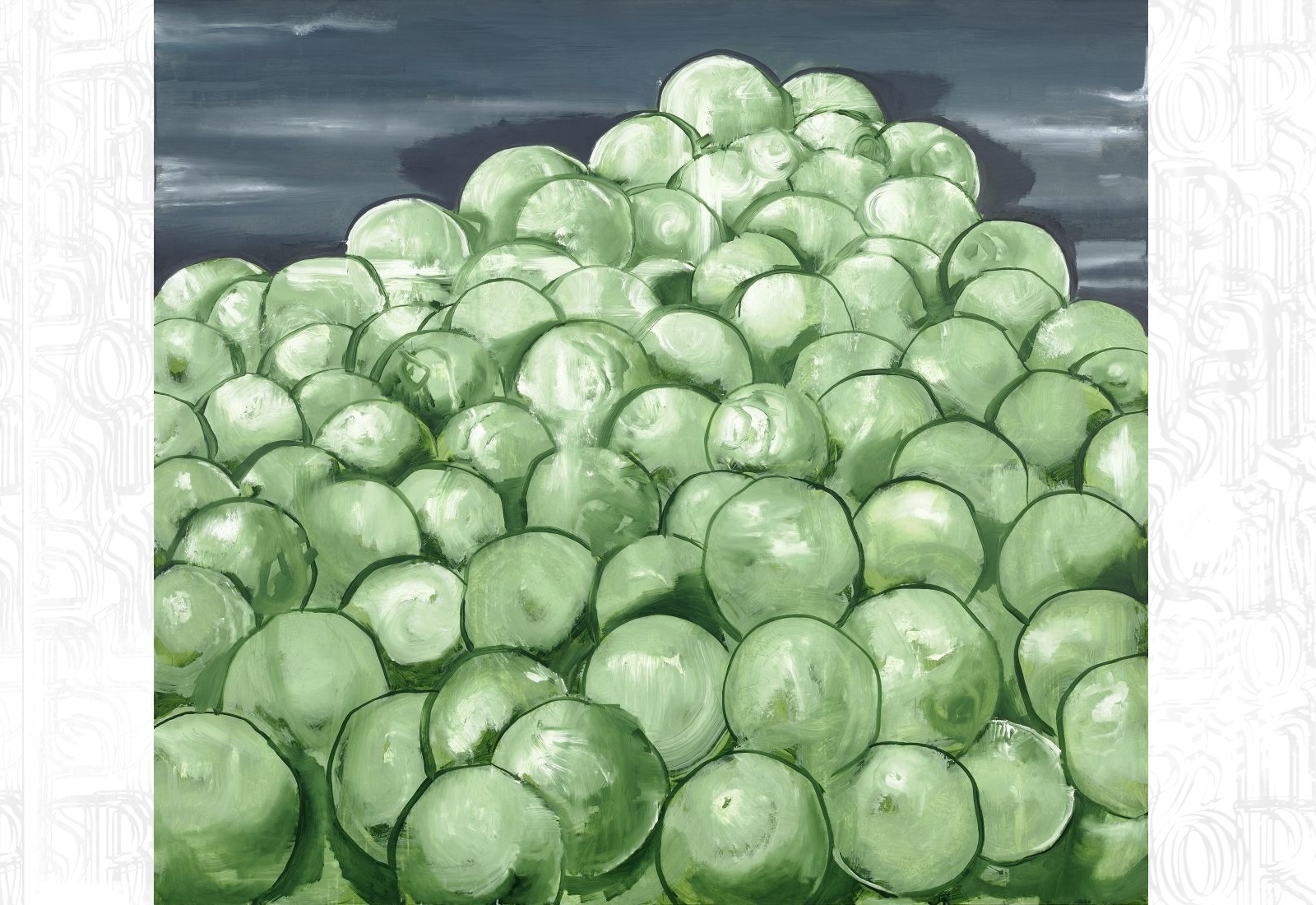 What can artists contribute to historical awareness and moral reckoning? To what extent can they use their “artistic license” to take risks that historians cannot – and with what impact and consequences? We encourage you to take part in the discussion with Wilhelm Sasnal, whose exhibition "Such a Landscape" is currently on view at the POLIN Museum, and Adam Szymczyk, the exhibition curator.

Wilhelm Sasnal's exhibition confronts the pervasive presence of the Holocaust in the Polish landscape, hidden in plain view, and the difficulty in Poland of facing the intimate character of the genocide. In addressing antisemitism, the Second World War, and the Holocaust in the Polish context, Sasnal’s work raises several critical questions, among others - In what ways and to what extent might “artistic truth” illuminate “historical truth”?

Wilhelm Sasnal - painter, draughtsman, author of comic strips. In 1999 he graduated the Faculty of Painting at the Academy of Fine Arts in Kraków and obtained his diploma. Retrospective exhibitions of Sasnal’s work were held at the Kistefos-Museet in Oslo, 2018, Whitechapel Gallery in London, 2011/12; Haus Der Kunst in Munich, 2012; K21 in Düsseldorf, 2009; Zachęta Gallery in Warsaw, 2007; Van Abbemuseum in Eindhoven, 2006, and Kunsthalle Zürich; 2003. The artist presented his work in many solo as well as group exhibitions, among them Never Again. Art Against War and Fascism in the 20th and 21st Centuries at the Museum of Contemporary Art in Warsaw, 2019; 31st Bienal de Sao Paolo, 2014; 55th Carnegie International at the Carnegie Museum of Art in Pittsburgh, 2008; 5th Berlin Biennial of Contemporary Art in Berlin, 2008; Museum of Modern Art in New York, 2007 and 2009; Museu de Arte Contemporânea de Serralves in Porto, 2006; Stedelijk Museum in Amsterdam, 2006; Berkeley Art Museum in Berkeley, 2004; 26th Bienal de Sao Paolo, 2004; MUHKA in Antwerp, 2003; Kunsthalle Basel in Basel, 2002. Wilhelm Sasnal’s artworks enrich many collections all across the globe, among others the Museum of Modern Art and Solomon R. Guggenheim Museum in New York, the Tate Modern in London, Van Abbemuseum in Eindhoven, Fondation Beyeler in Basel, as well as Warsaw-based institutions such as the Museum of Contemporary Art, the National Museum, Zachęta National Gallery of Art and the Ujazdowski Castle Center for Contemporary Art. In 2006, the artist was awarded the Vincent van Gogh Prize by Bonnefanten Museum in Maastricht. The artist lives and works in Kraków.

Adam Szymczyk - curator and writer; he lives and works in Basel and Zurich. He graduated in art history at the University of Warsaw and completed a curatorial program at De Appel center for contemporary art in Amsterdam. He is Curator-at-Large at the Stedelijk Museum in Amsterdam. He is a member of the board of the Museum of Modern Art in Warsaw and a member of the advisory committee of the Kontakt Art Collection in Vienna. He was Artistic Director of documenta 14 in Athens and Kassel between 2013 and 2017 and served as Director and Chief Curator at Kunsthalle Basel between 2003 and 2014, where he curated, among other exhibitions, Artur Żmijewski, 2005; Gustav Metzger: In Memoriam and Lee Lozano: Win First Dont Last Win Last Dont Care, both 2006; Micol Assaël: Chizhevsky Lessons, 2007; Danh Vo: Where the Lions Are, 2009; Moyra Davey: Speaker Receiver, 2010; How to Work/How to Work (More for) Less and Sung Hwan Kim: Line Wall, both 2011; Paul Sietsema, 2012; Michel Auder, 2013; Naeem Mohaiemen: Prisoners of Shotik Itihash, 2014. He was a co-founder of the Foksal Gallery Foundation in Warsaw in 1997. In 2008 he co-curated, with Elena Filipovic, the 5 th berlin biennial for contemporary art. In 2011, he was a recipient of the Walter Hopps Award for Curatorial Achievement at the Menil Foundation in Houston.

Achim Borchardt-Hume - Director of Exhibitions and Programmes at Tate Modern, and Chair of the Steering Group for Hyundai Tate Research Centre: Transnational. His recent projects include The EY Exhibition: The Making of Rodin, The EY Exhibition Picasso 1932, Robert Rauschenberg, and the first major Malevich retrospective in the UK. He worked closely with Anicka Yi on the realisation of the Hyundai Commission 2021. He served on the Advisory Boards of Generali Foundation, Vienna and Saradar Collection, Beirut.

The debate is organized within the Global Education Outreach Program

Wilhelm Sasnal: Such a Landscape

The exhibition at POLIN Museum is the first individual presentation of the artist’s oeuvre at a Polish museum, and includes the works completed over the course of the past two decades.