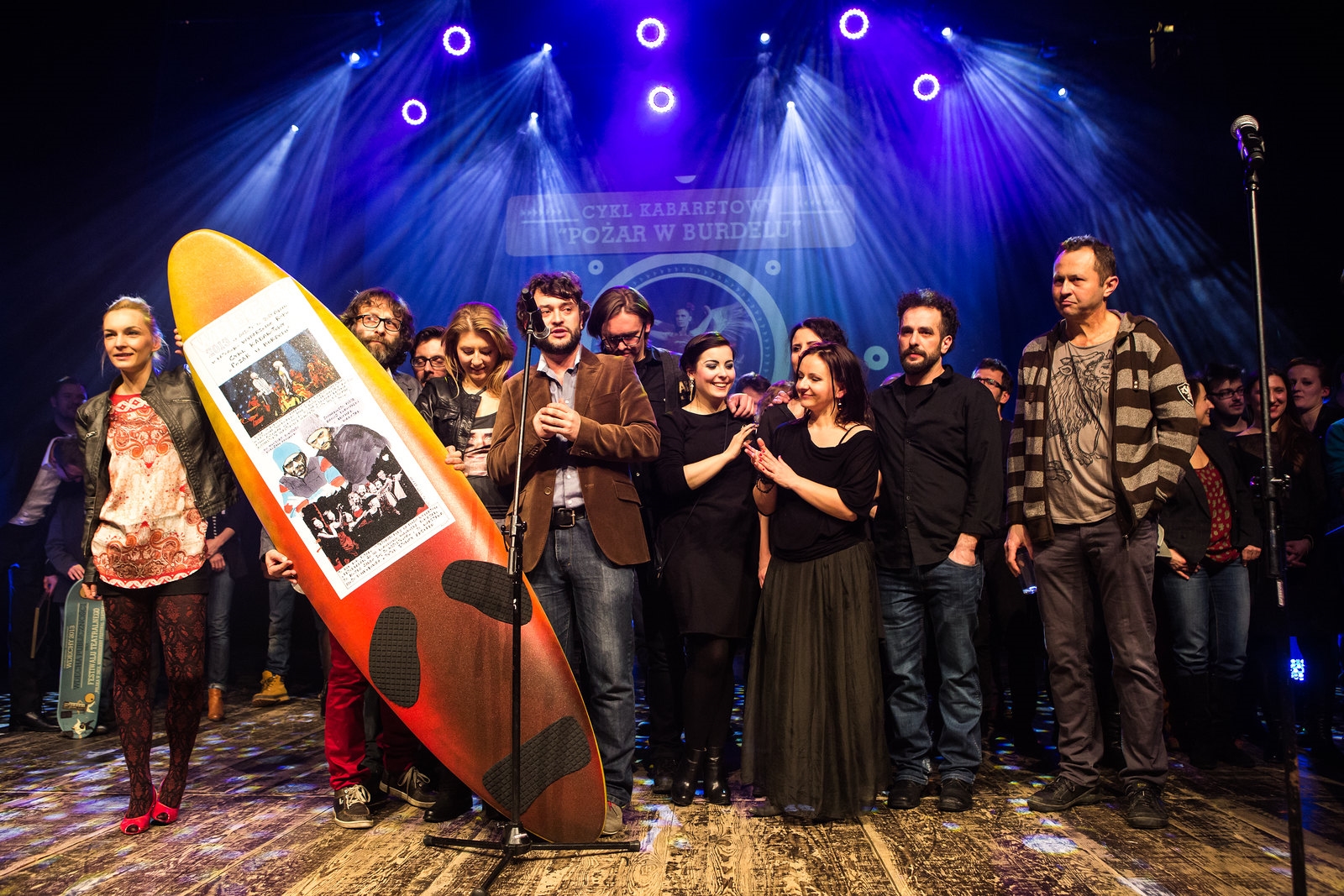 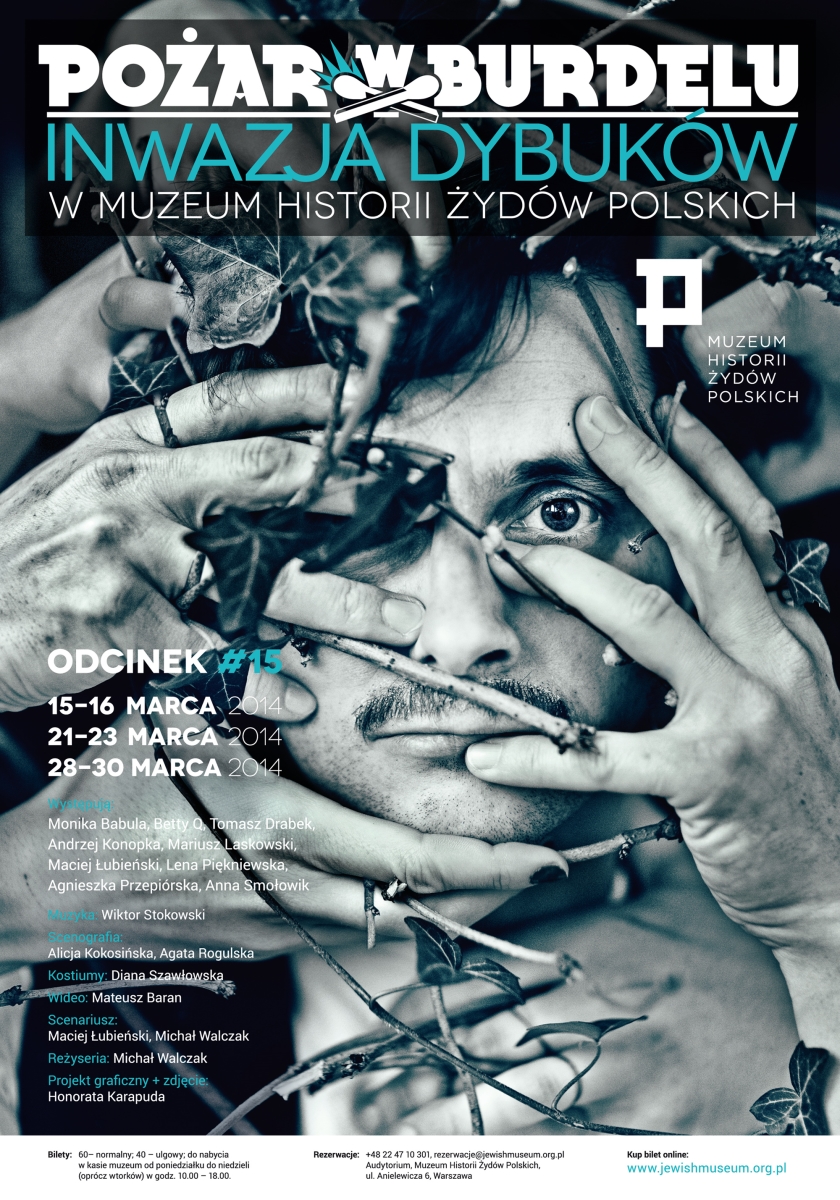 A reconstruction of a masterpiece of B-class Polish sci-fi cinema from 1938, which survived in fragments. The Museum of the History of Polish Jews asked Burdel Artystyczny (Artistic Brothel) for help in reconstructing the piece in its entirety.

Pożar w burdelu is a true phenomenon on the cultural map of Warsaw. Michał Walczak and Maciej Łubieński have created a crazy cabaret-brothel-troupe which each month reflects the city life in a distorting mirror. Each episode deals with the most topical issues related to the city, simultaneously addressing Warsaw’s history and legends. They spare nobody, taunting the audience and at the same time engaging it in superb entertainment.

Tickets: 60 – normal; 40 - reduced.
Tickets are available online and at the museum box office from Monday to Sunday (except Tuesdays) between 10 am and 6 pm.
Ticket reservation: rezerwacje@jewishmuseum.org.pl or +48 22 47 10 301