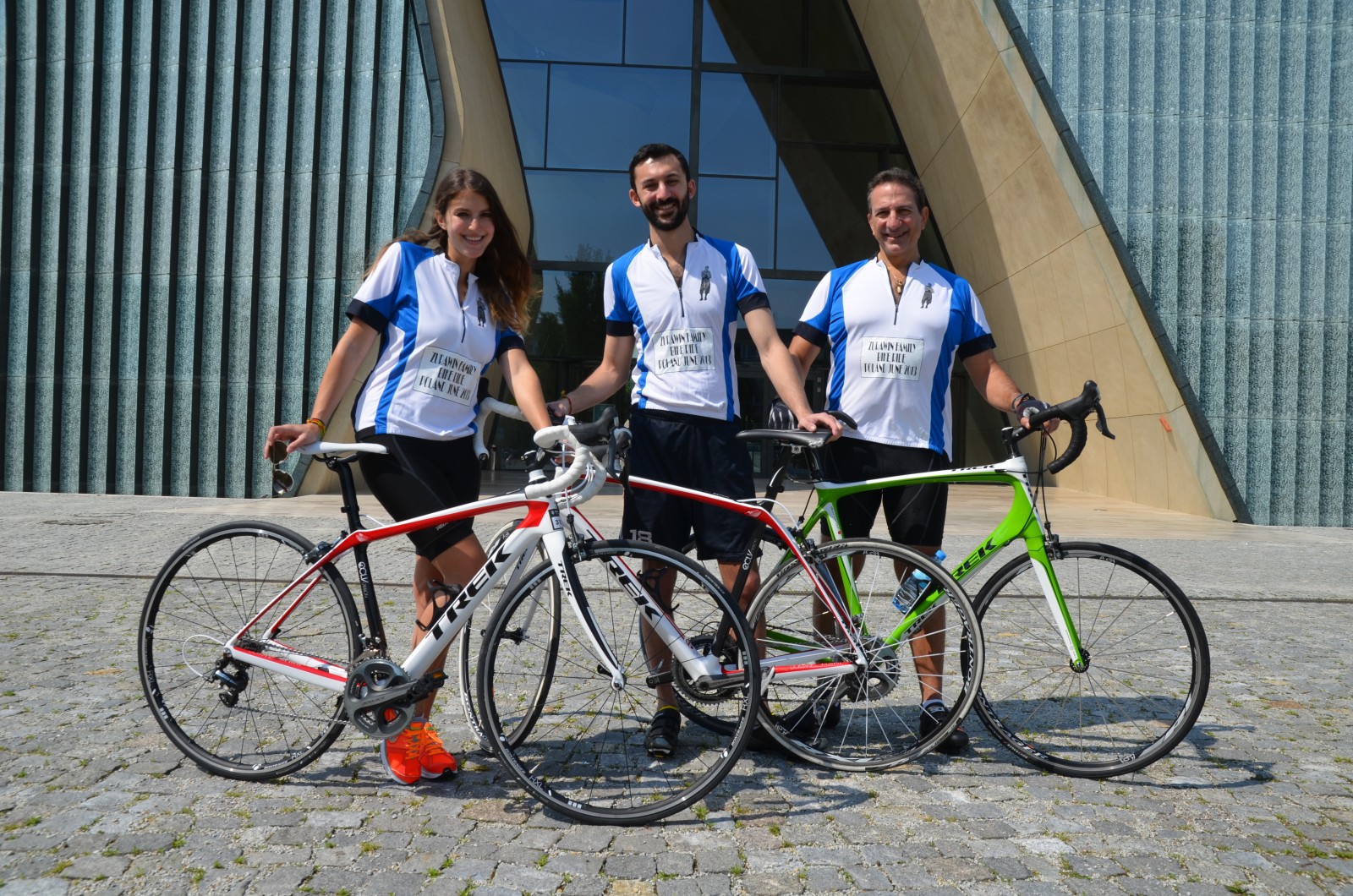 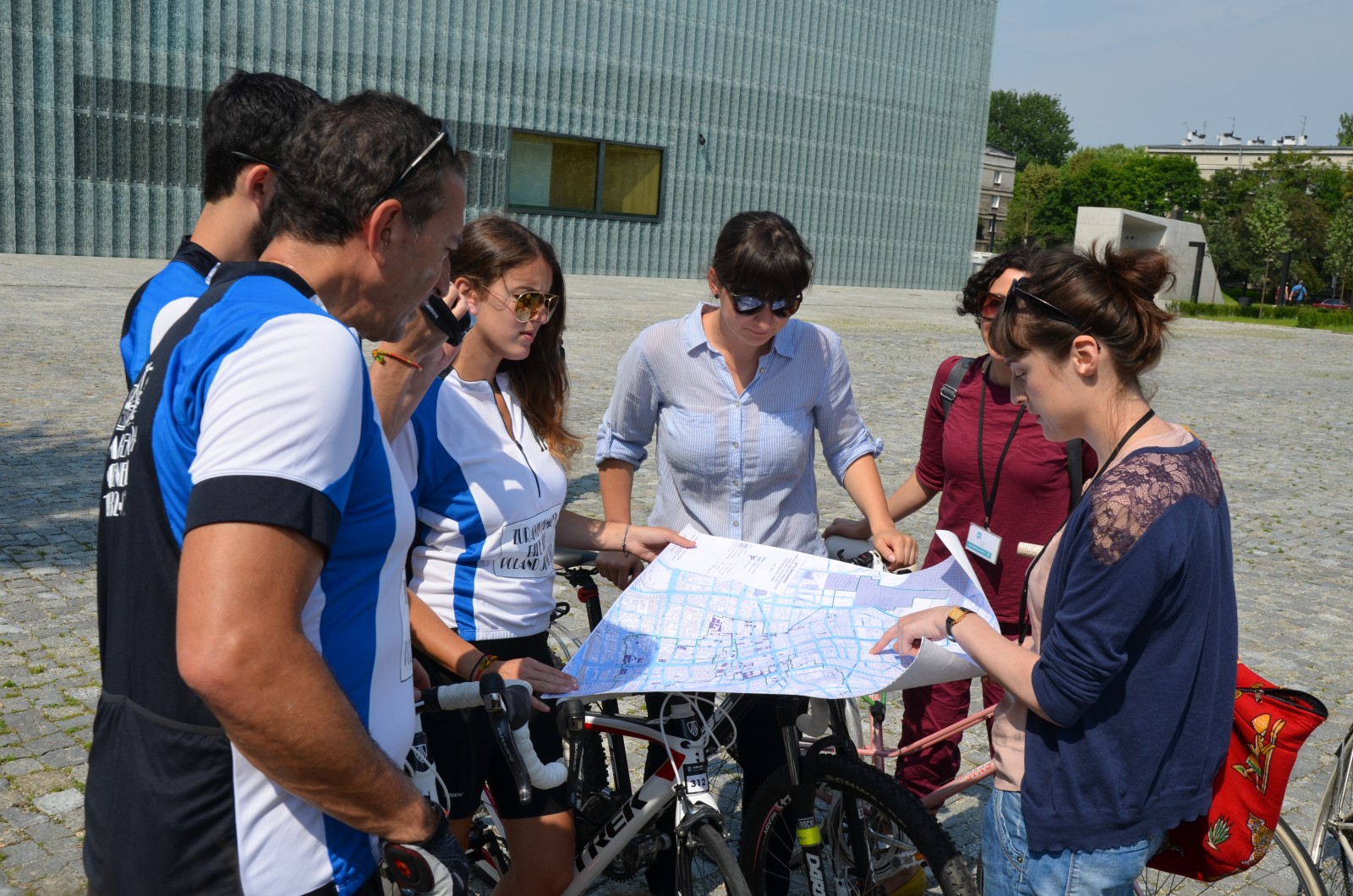 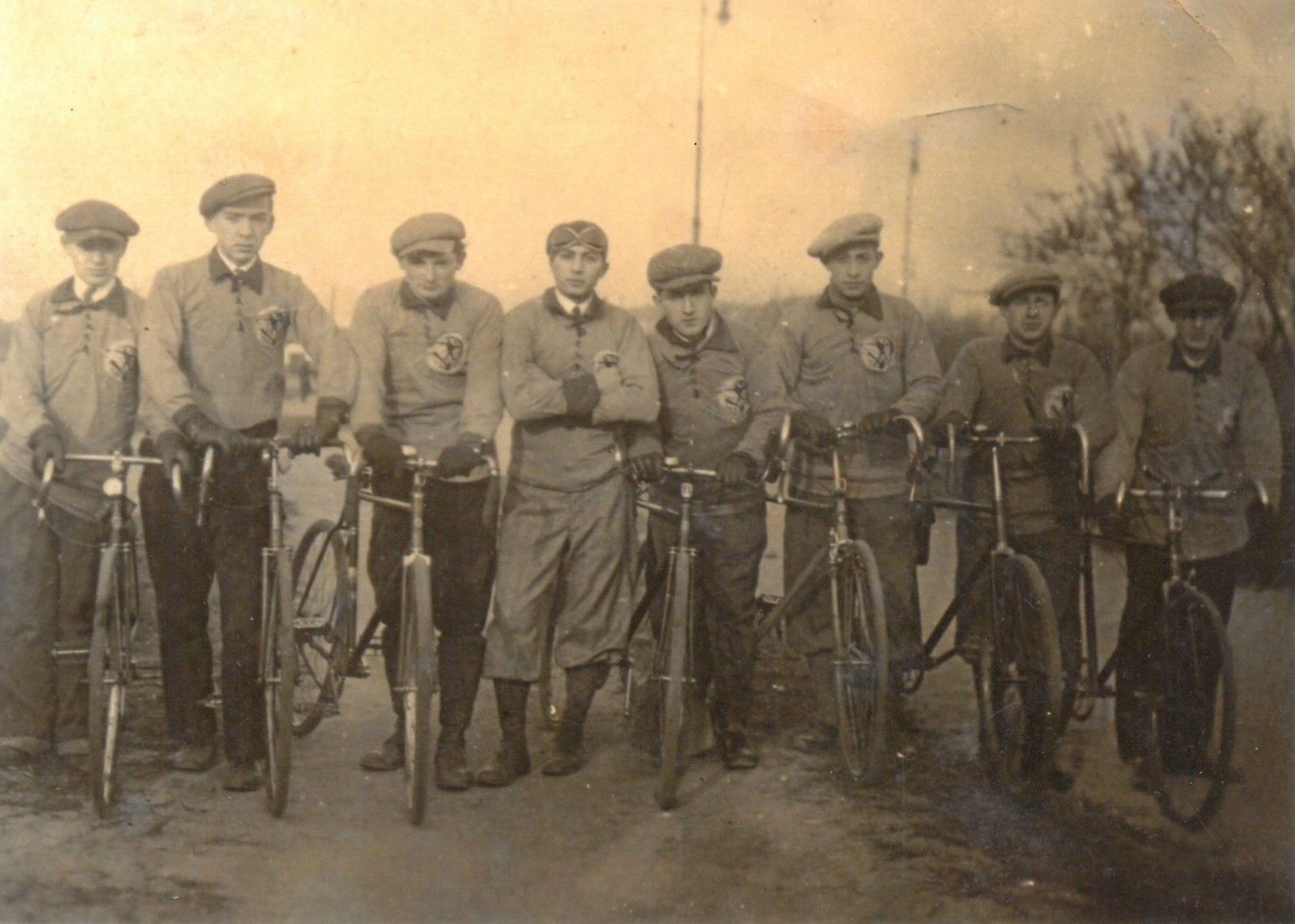 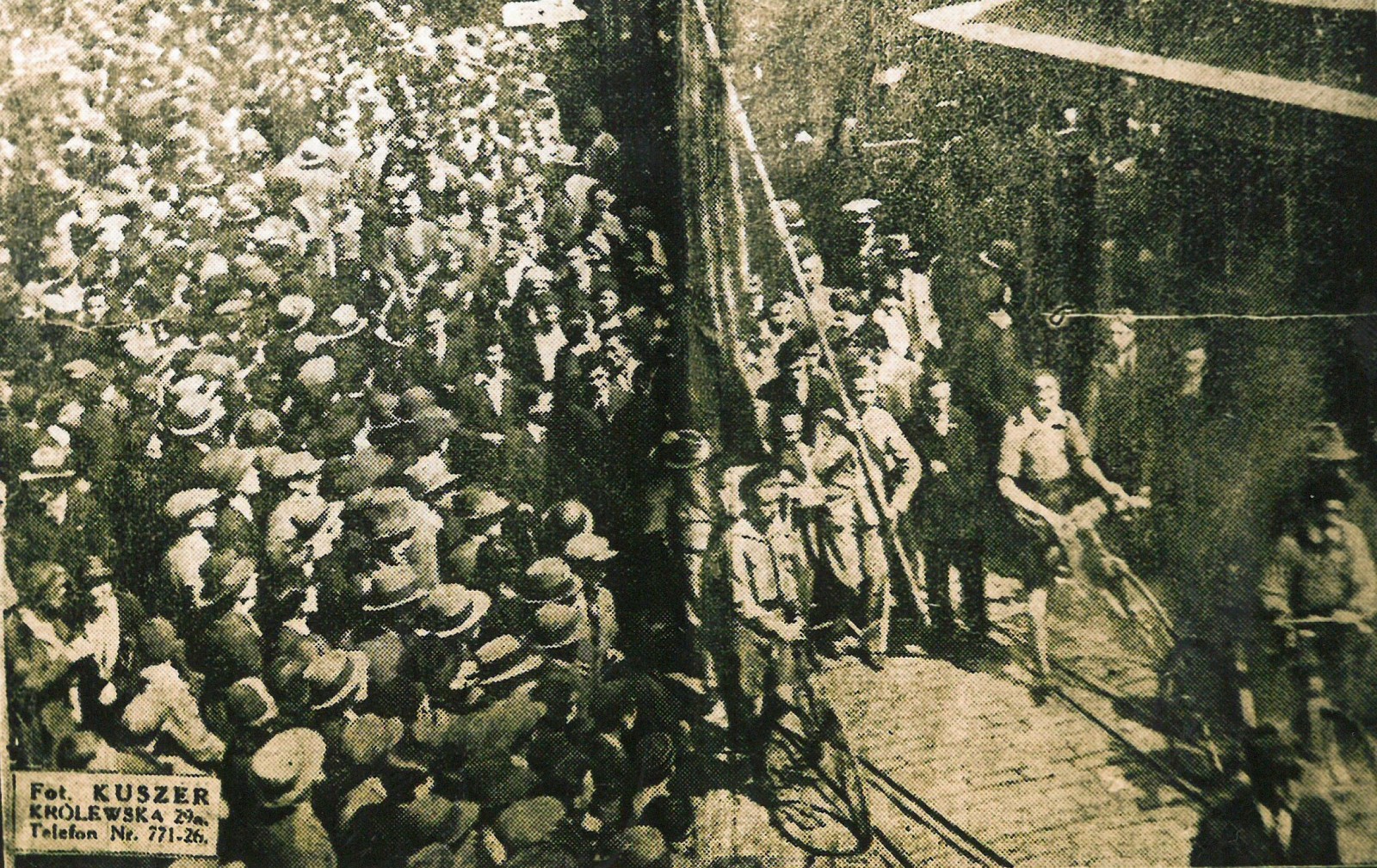 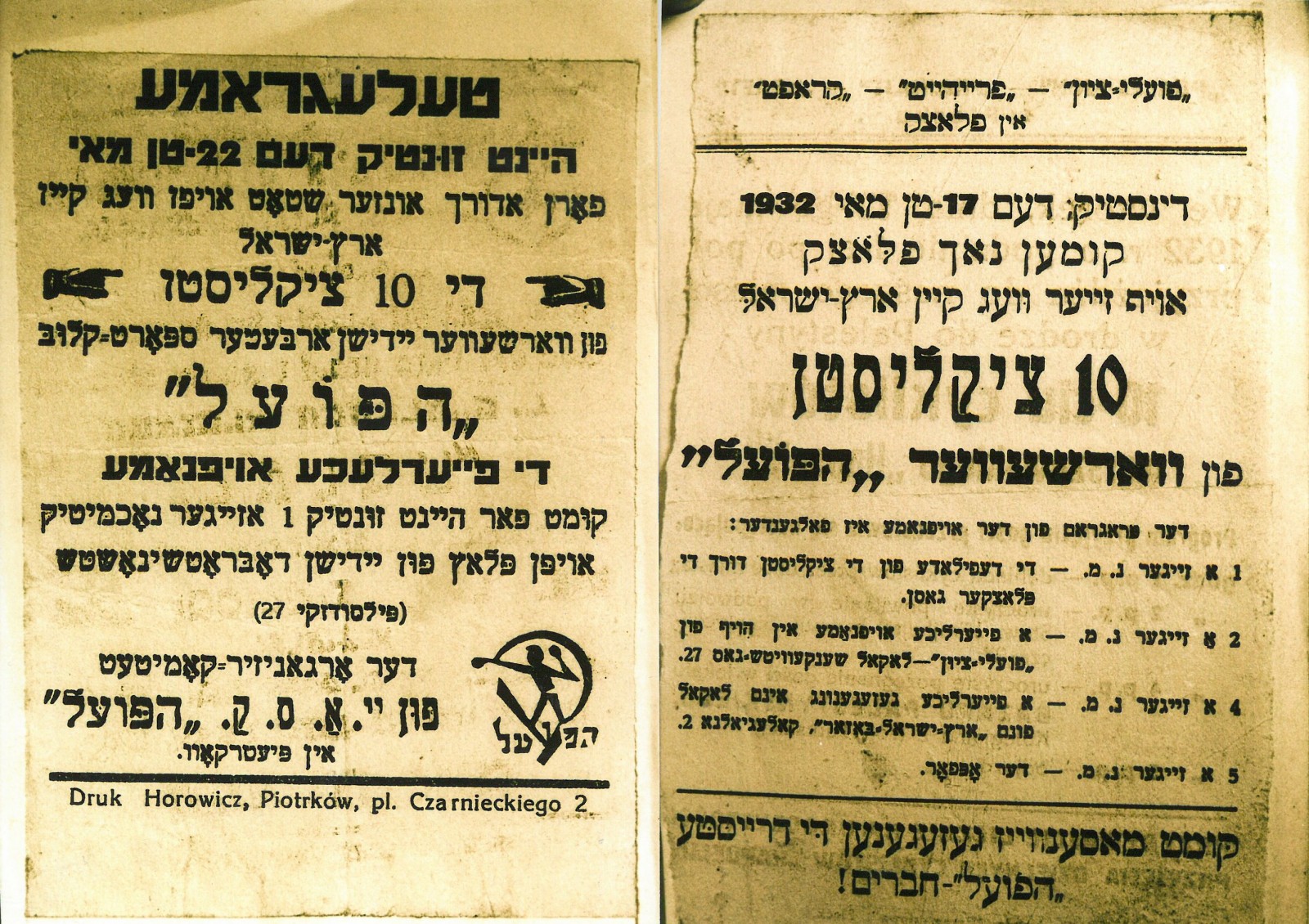 On April 17 and 18, the Museum of the History of Polish Jews was visited by Robert Żurawin, the son of one of the ten members of the “HaPoel” Jewish Workers’ Sports Organization who rode their bicycles from Poland to Mandate Palestine in 1932.

The “HaPoel” Jewish Workers’ Sports Organization had its offices at 25 Nowolipki St. in Warsaw. The club had a cycling section, whose members performed an extraordinary feat: in 1932, ten of them cycled from Poland to Palestine. On the way, they visited numerous Polish towns, where they met with members of local sports clubs. Their route then led through Czechoslovakia, Austria and Italy, where they boarded a ferry for Haifa. Once there, they rode their Łucznik bicycles along the entire border of what is now Israel.

Over 80 years later, Robert Żurawin, a sixty-year-old doctor and academic lecturer from Houston, Texas, accompanied by his children – Natalie and Jonathan – wants to cycle to 15 Polish towns  in order to honor his father’s achievement. On June 18, the Żurawins set out from the Museum of the History of Polish Jews. They will end their journey in Krakow on June 30. The 1932 expedition set out from Gęsia St. in Warsaw, but we will no longer find this address on the map. After the war, it became the site of Anielewicza St., where the Museum is currently located.