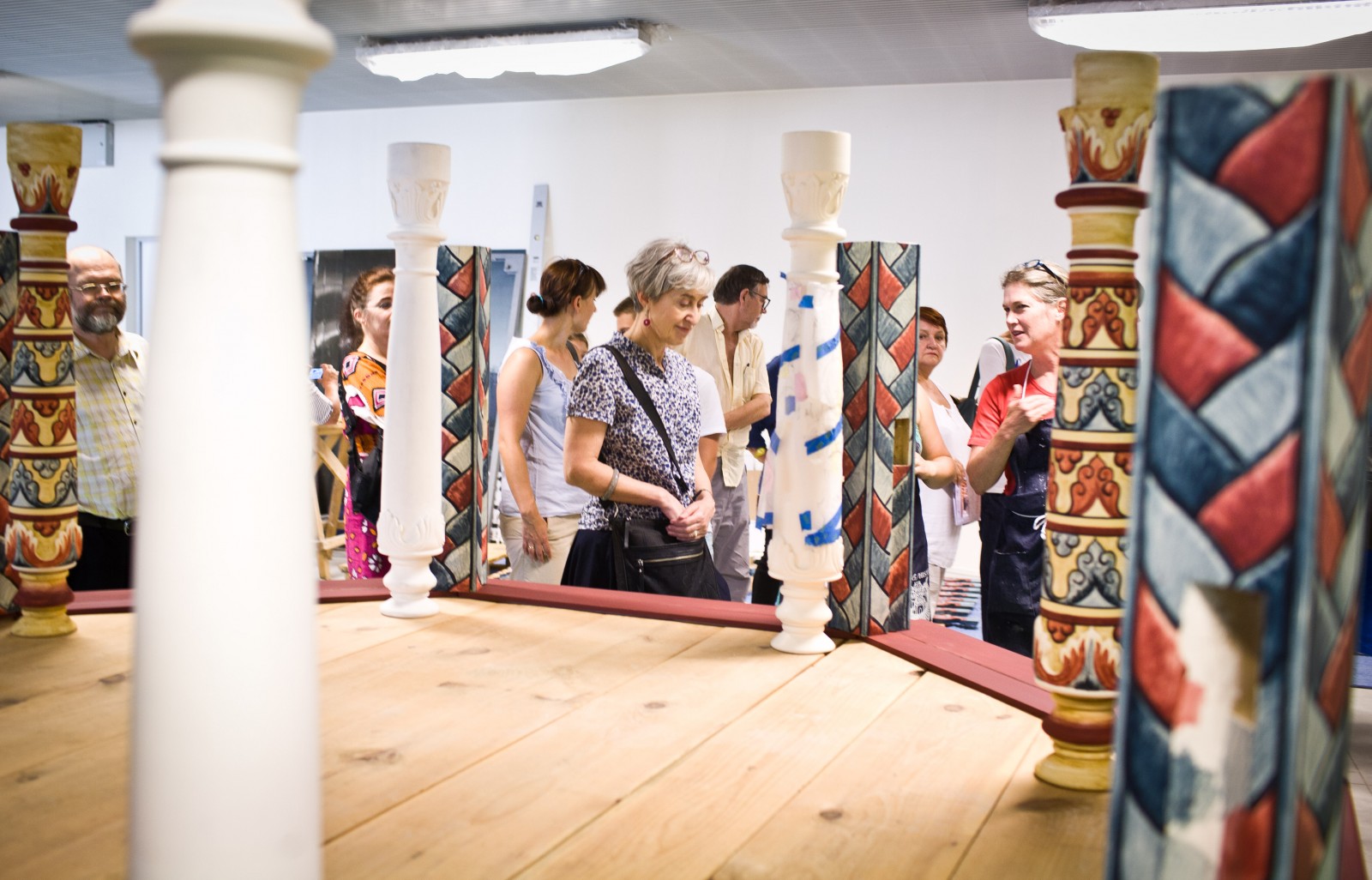 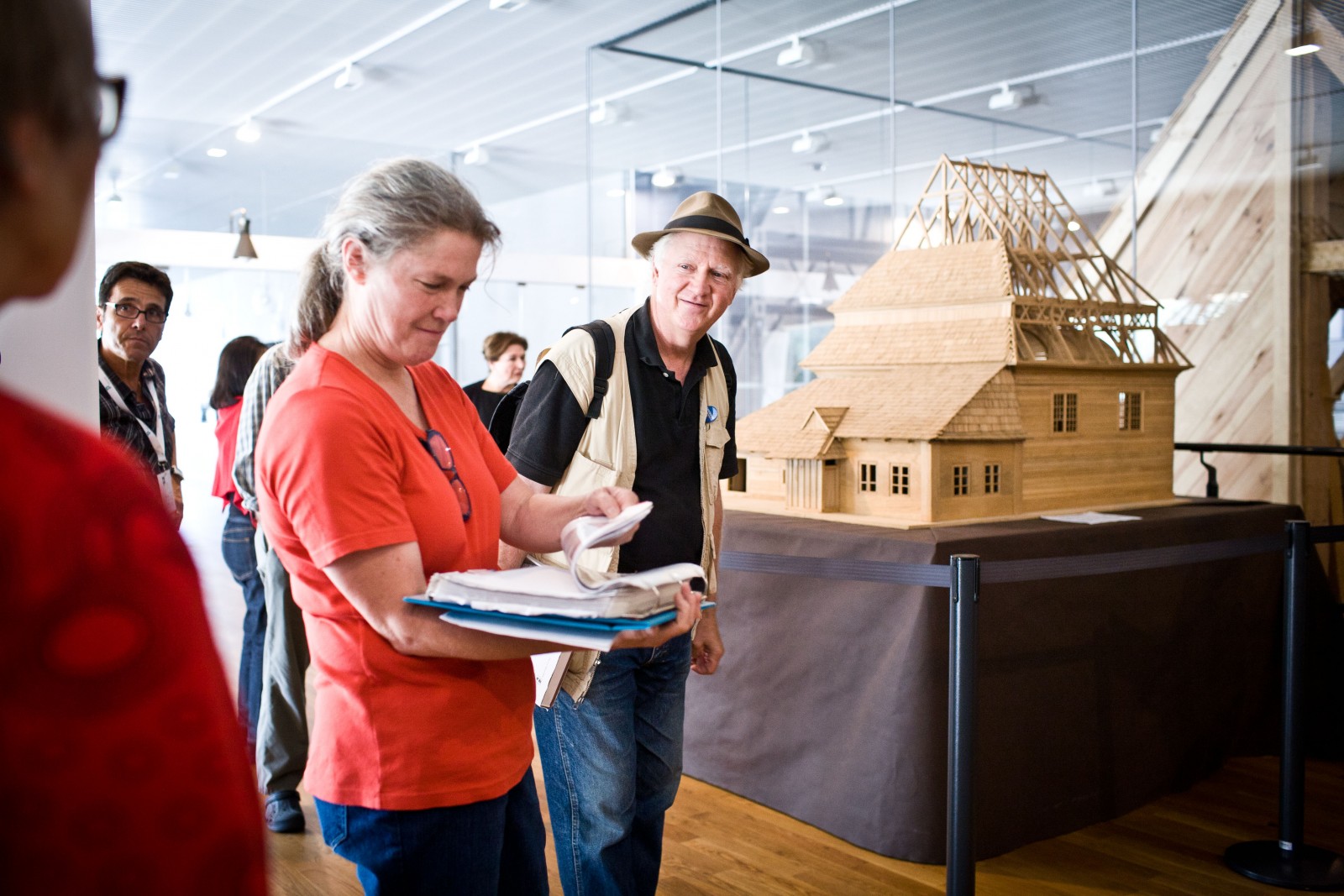 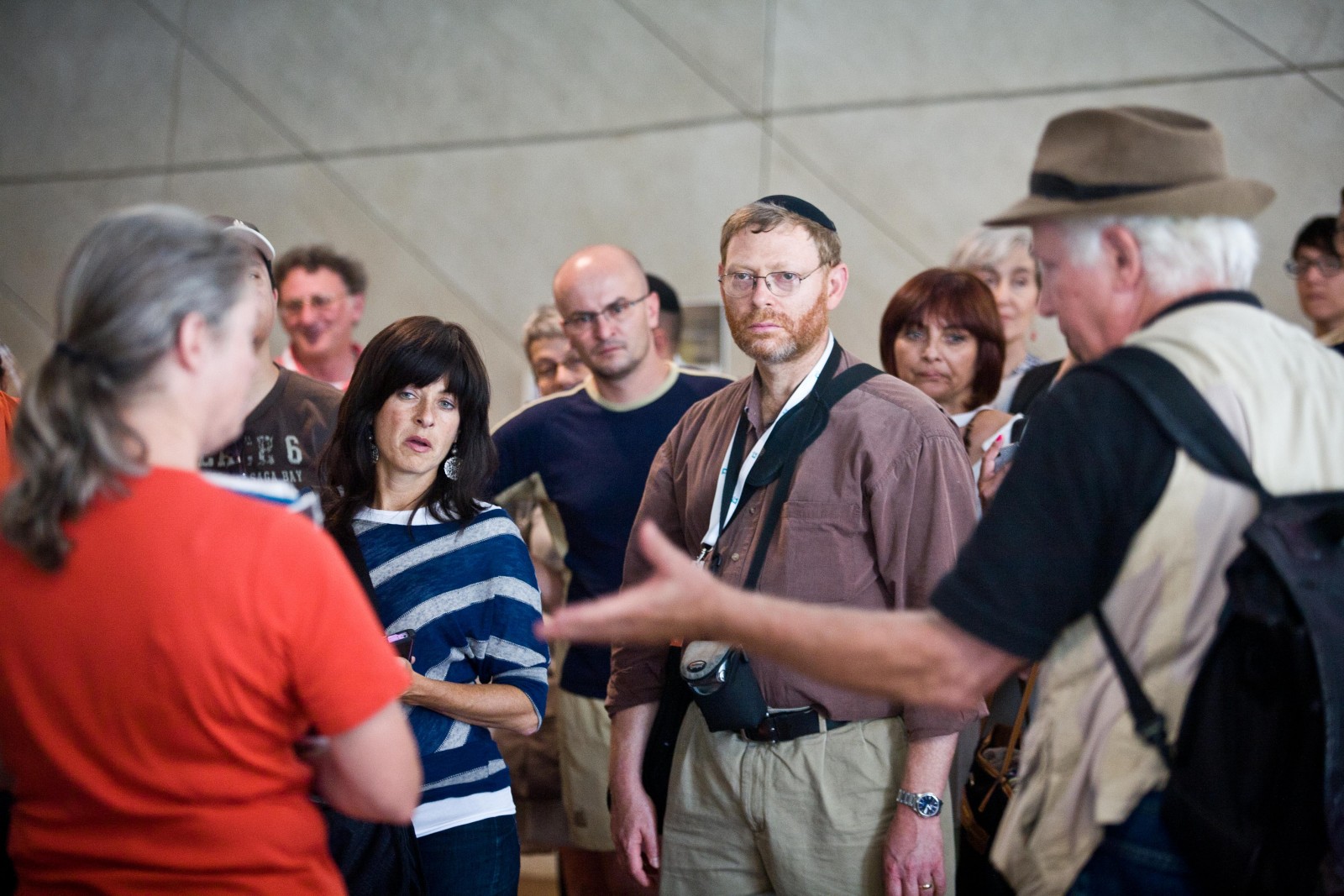 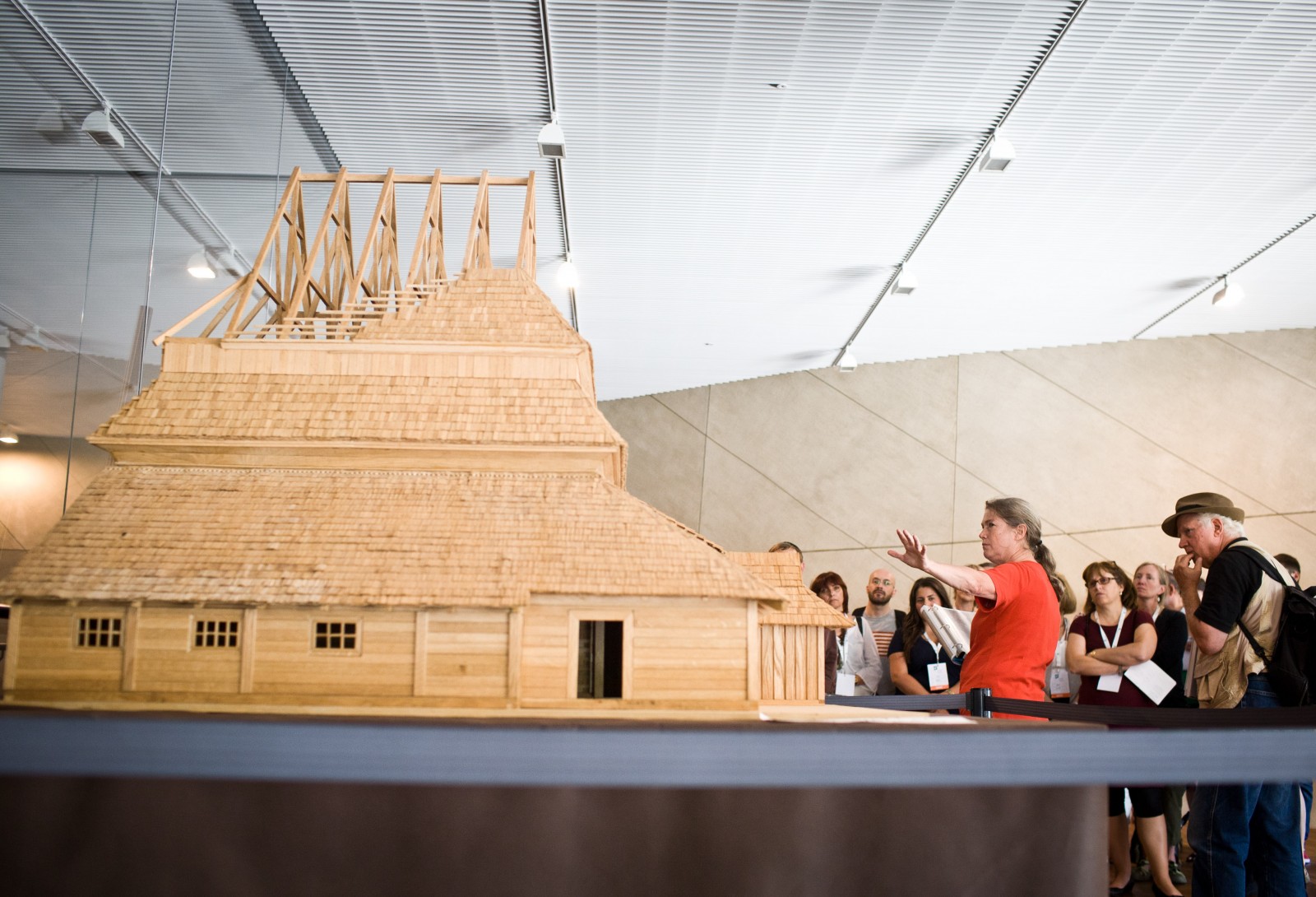 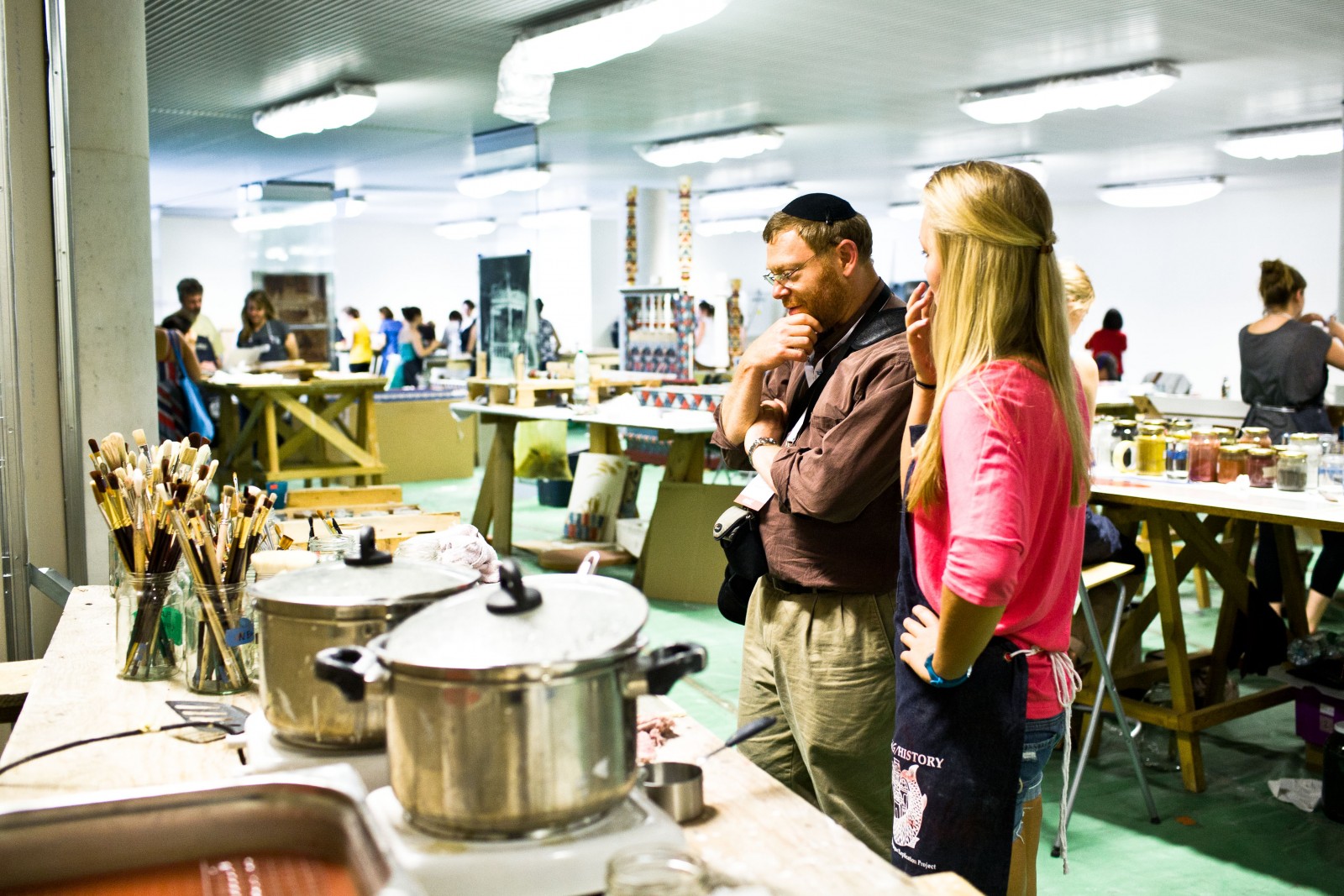 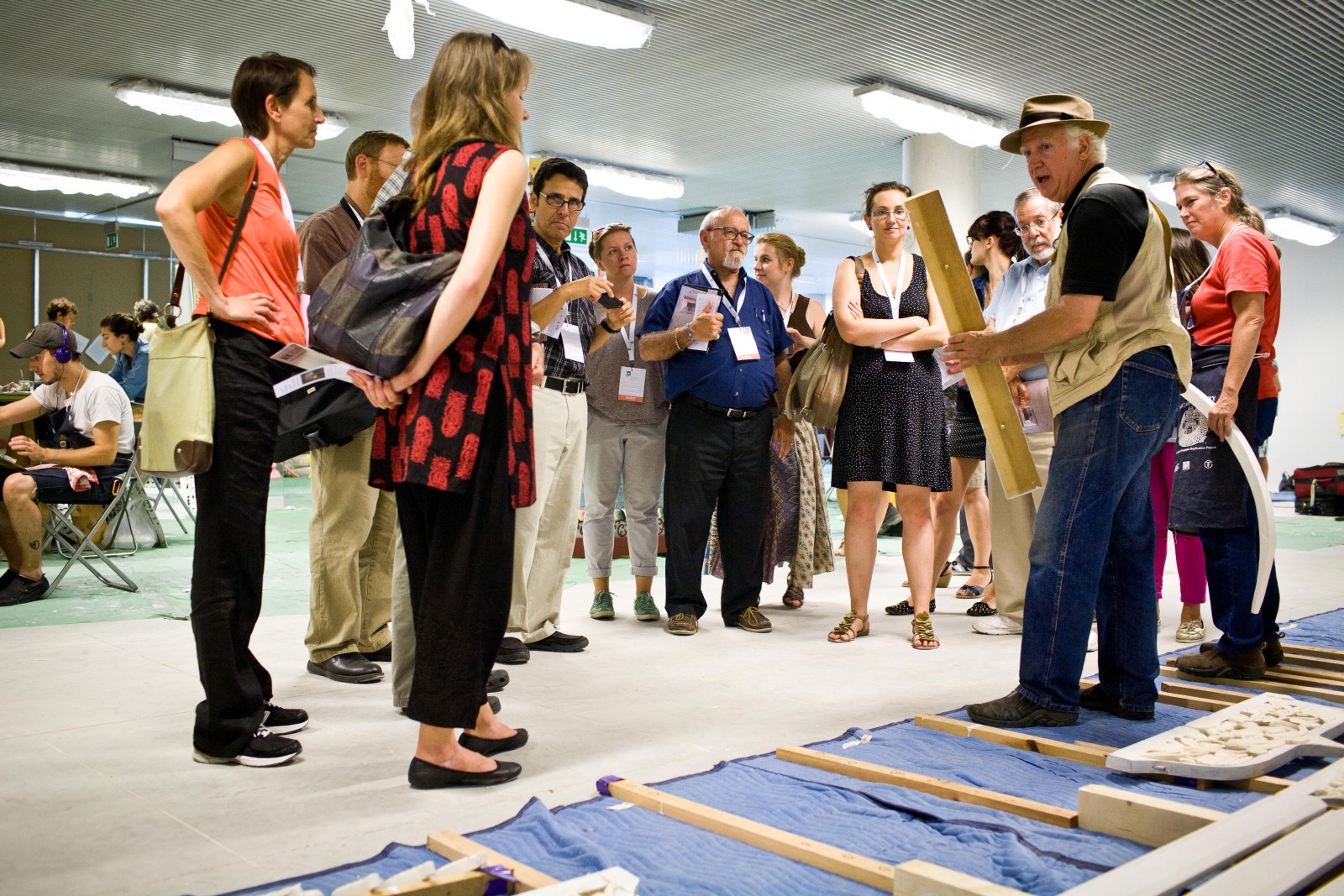 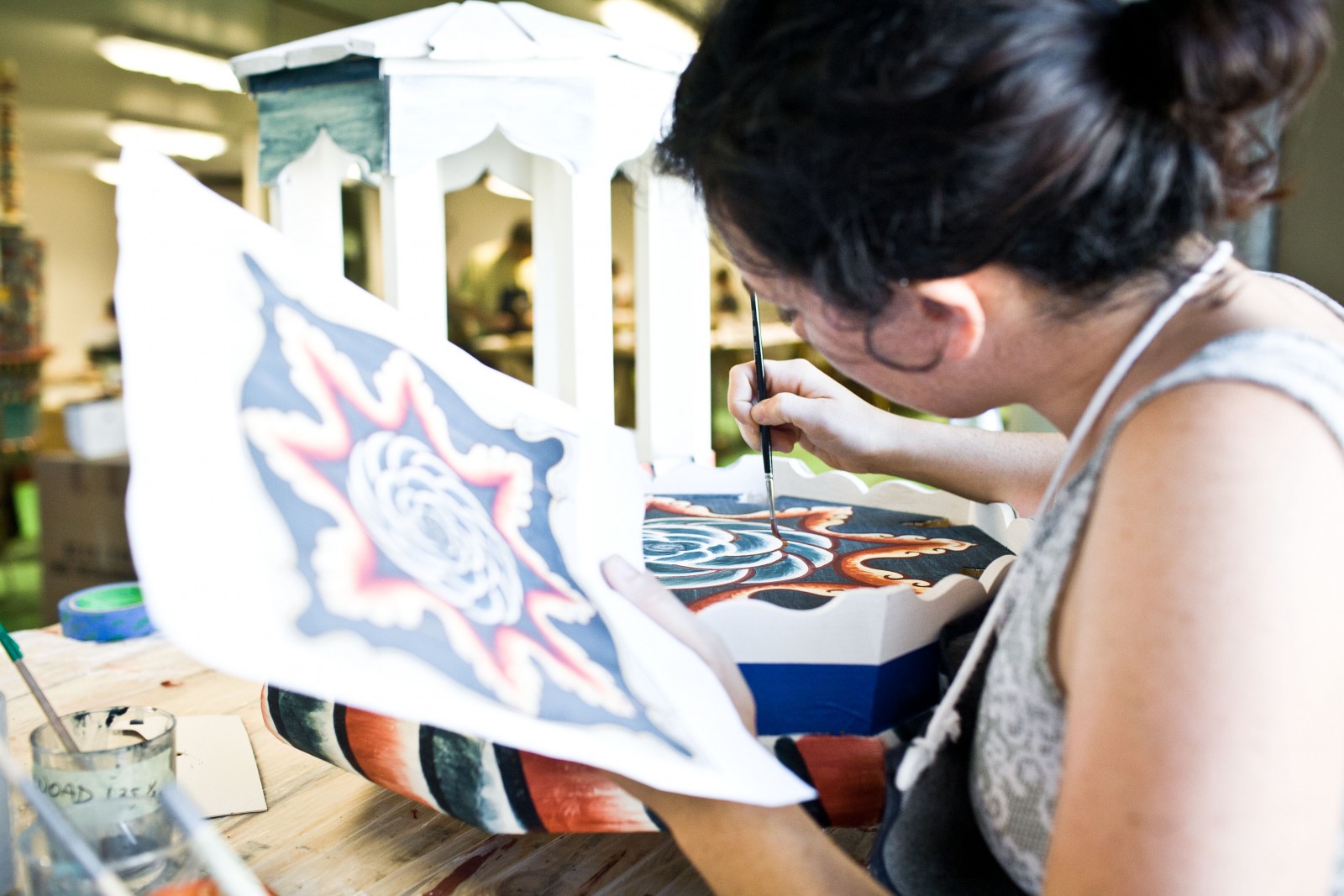 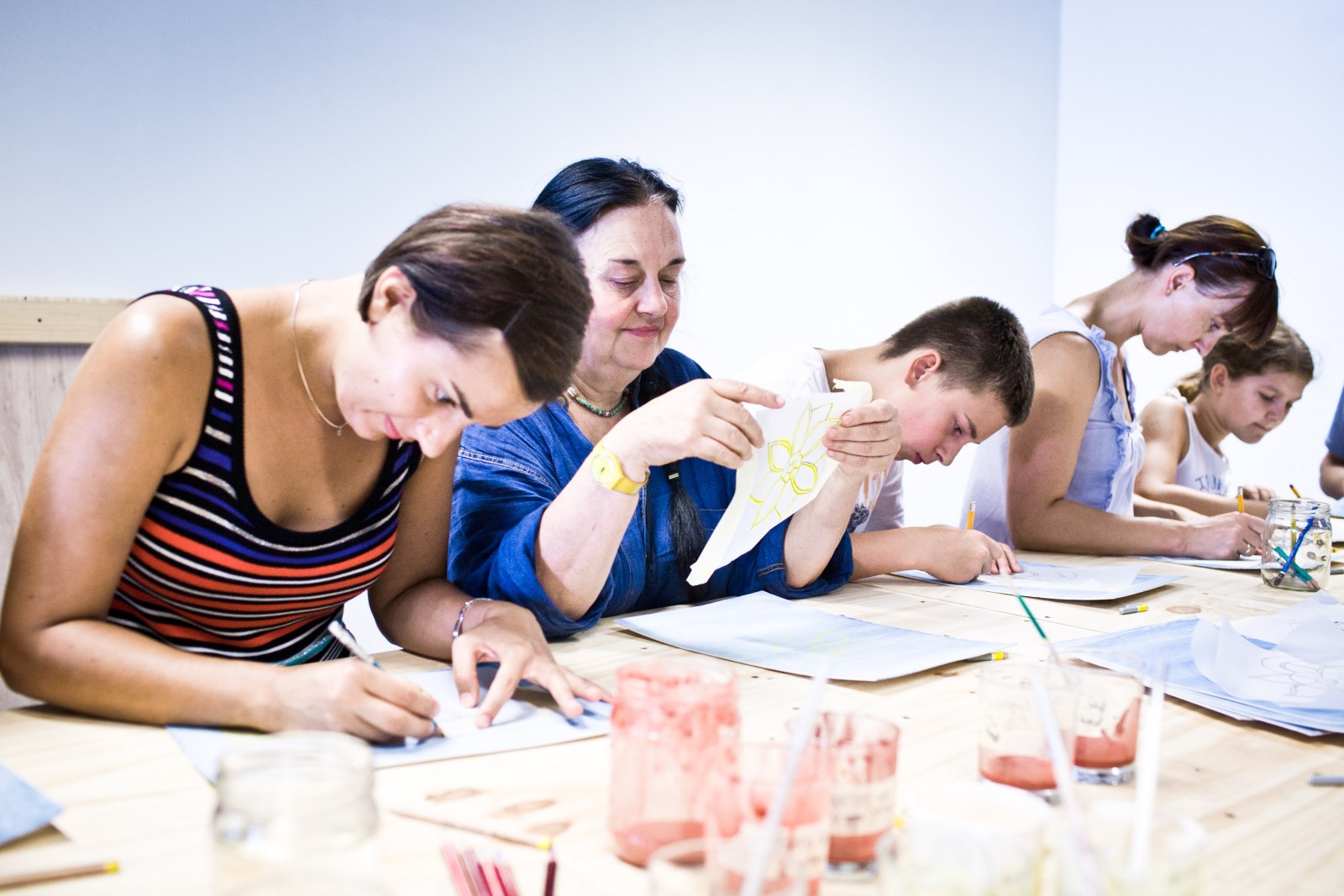 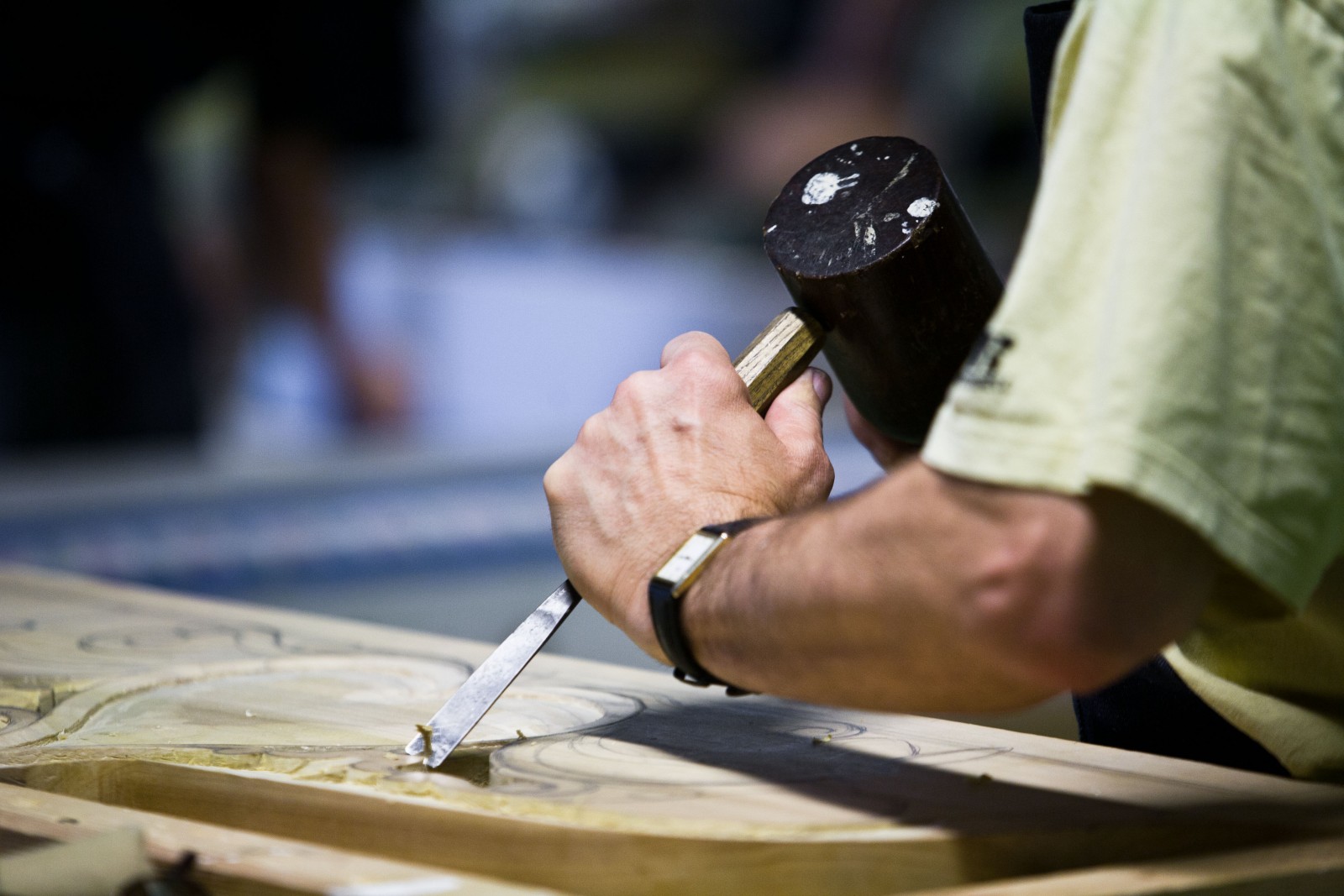 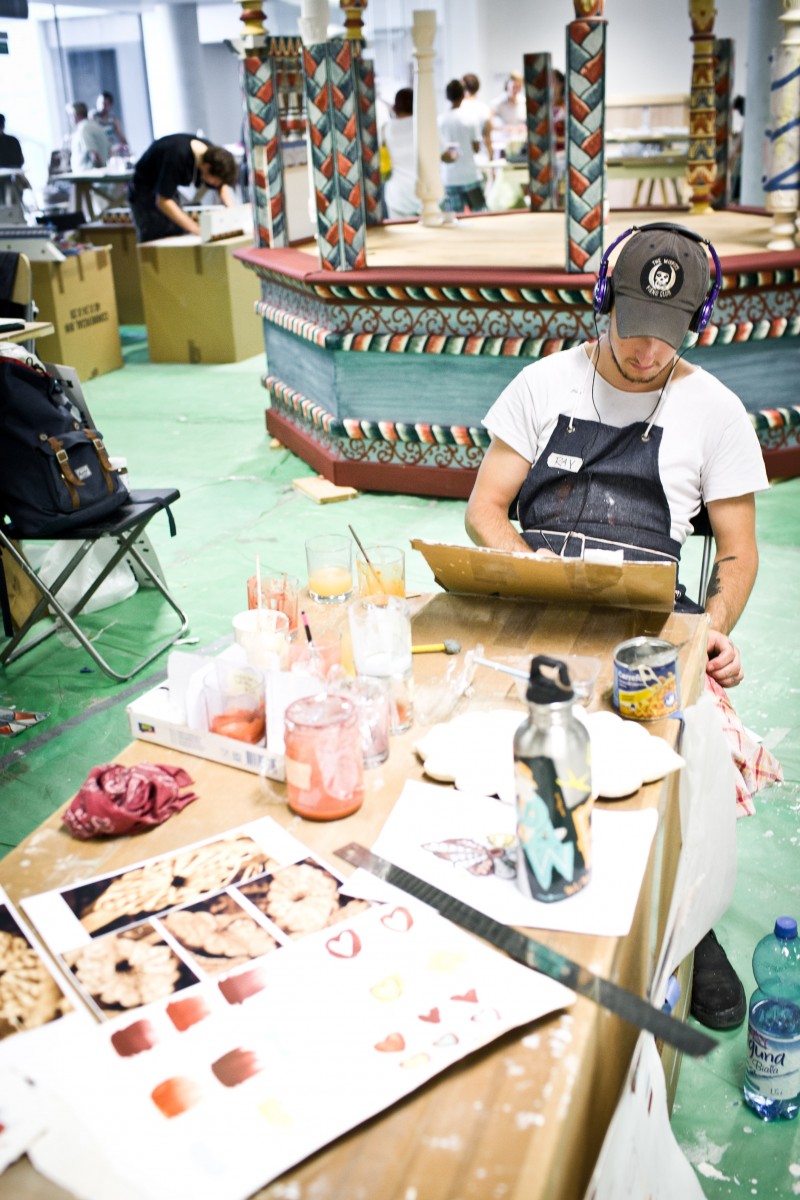 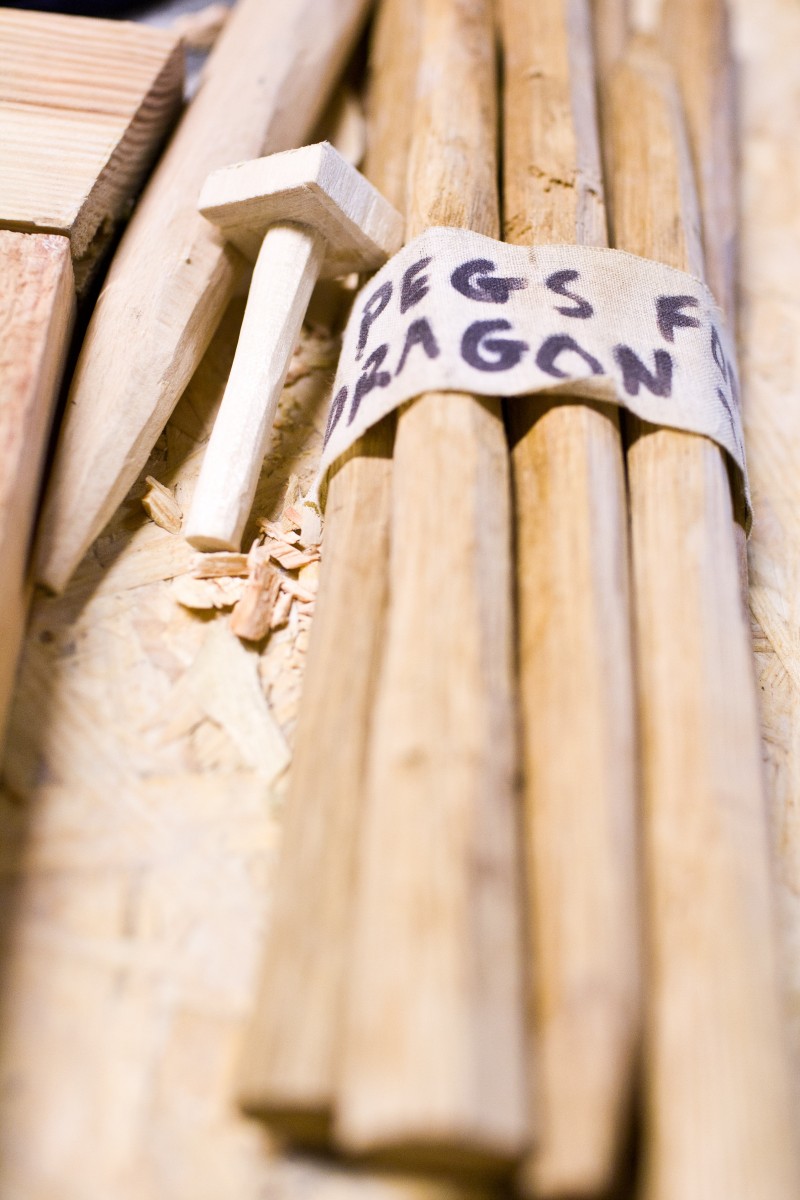 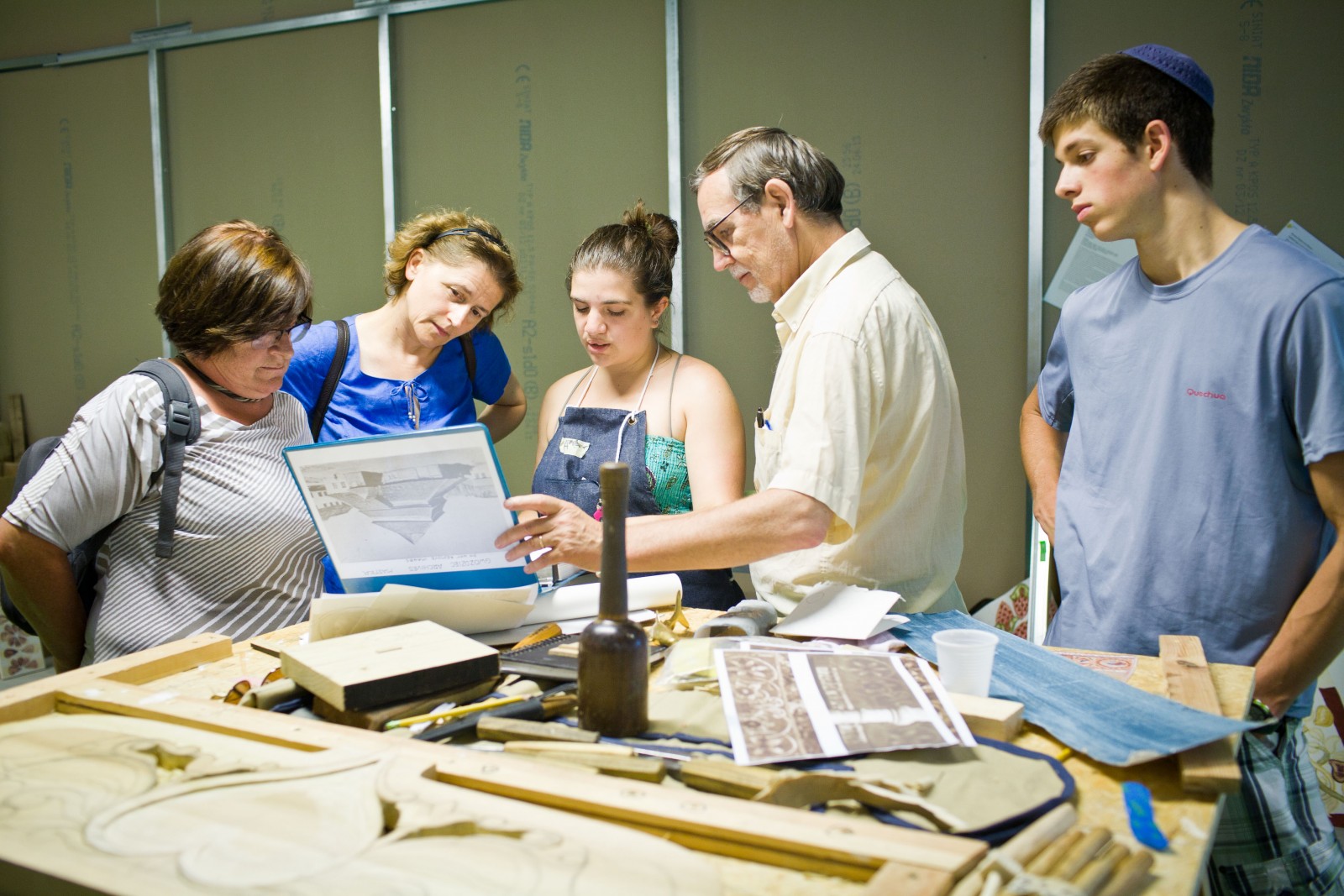 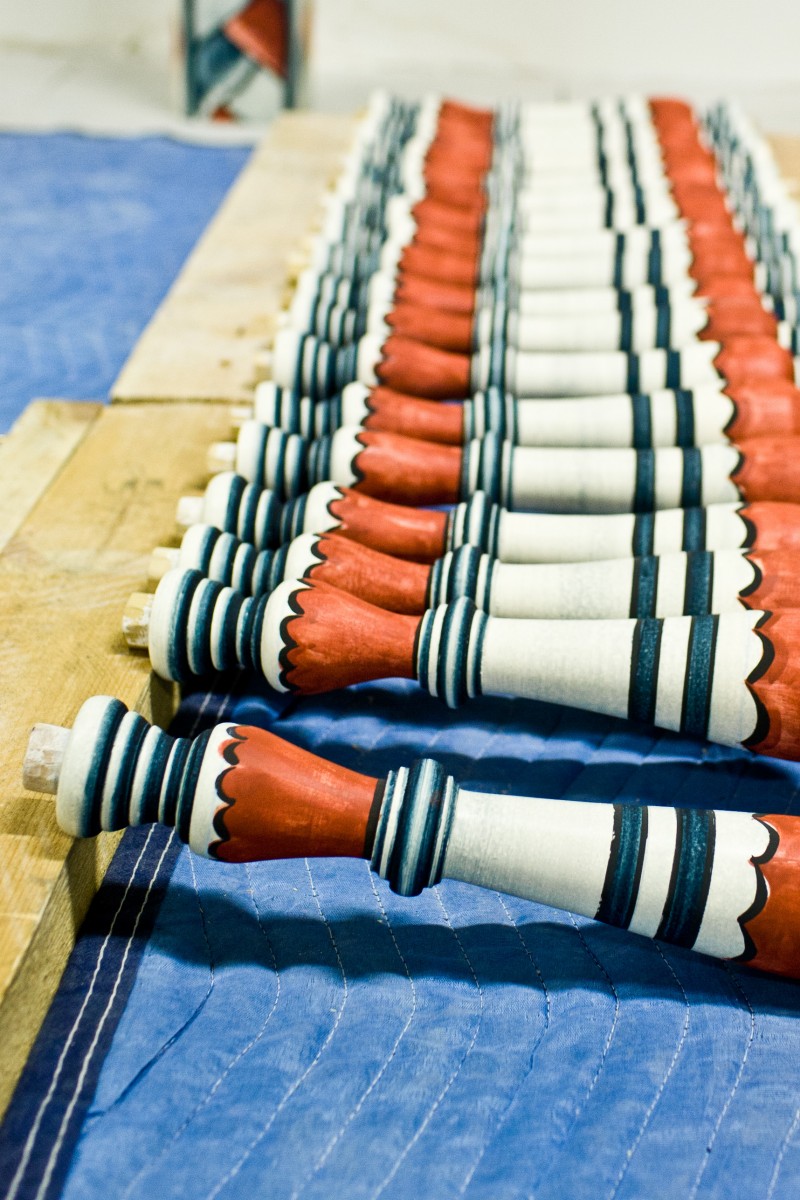 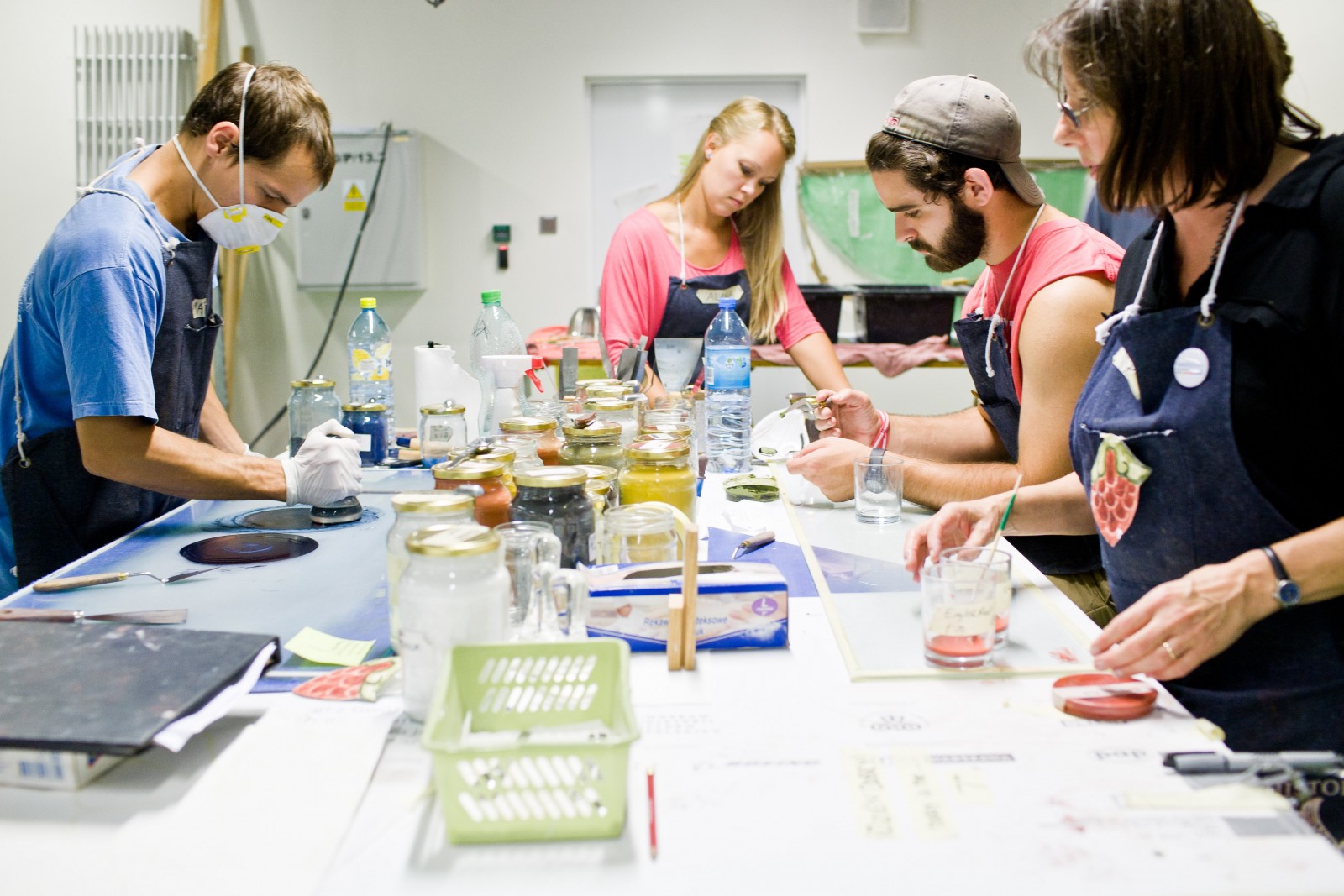 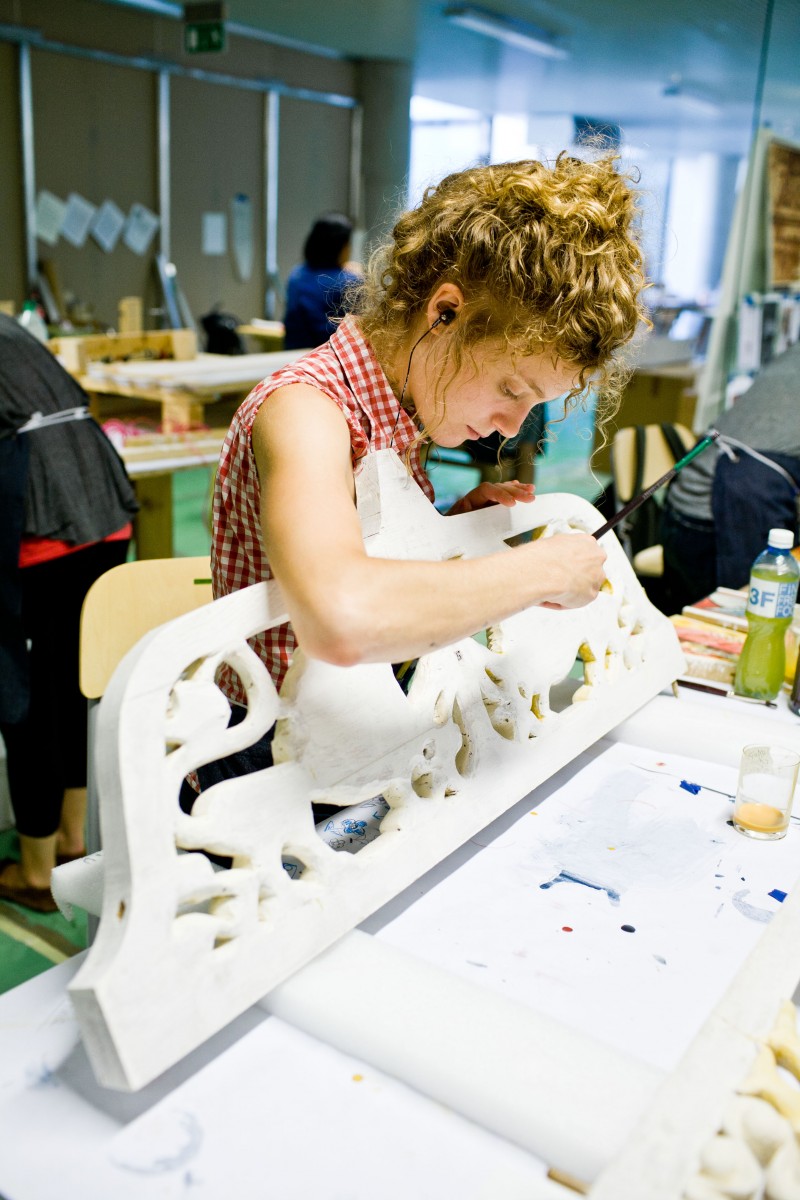 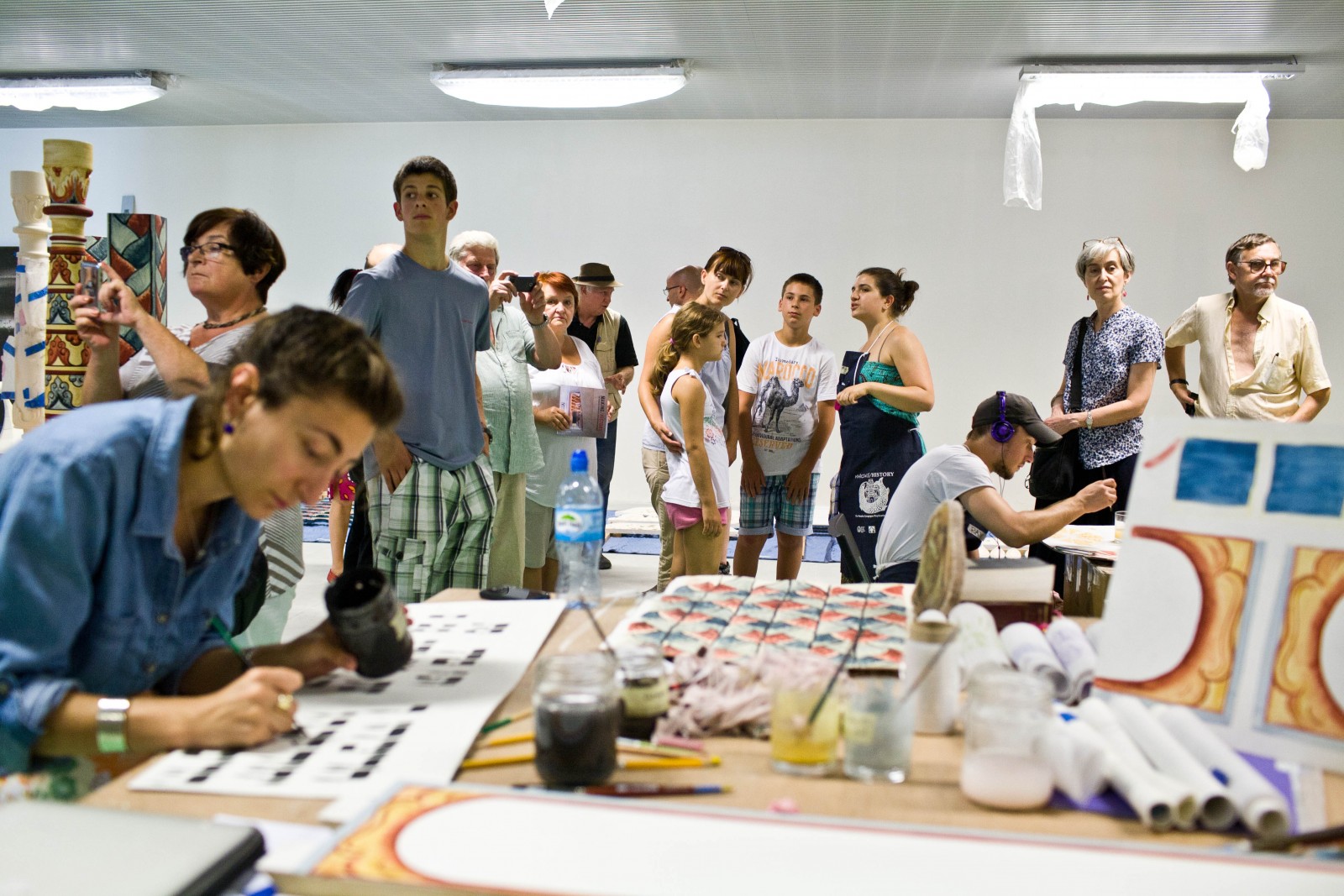 Bimah Project Open Day has come to an end.

On August 7, we invited the public to take part in open workshops within the framework of the Gwoździec Re!Construction Bimah Project. Visitors could look in on the work of Polish and American volunteers, recreating the paintings from the Gwoździec bimah under the watchful eye of experts. These extraordinary workshops, like the earlier reconstruction of the wooden bimah, were organized by a non-governmental organization from the United States – Handshouse Studio – devoted to the education of youth through the re-creation of historical structures.

During the Open Day visitors had a chance to find out about the functions and symbolism of the bimah as well as observe or even get a hands-on taste of the techniques used to recreate the seventeenth-century paintings. The authors of the project, Laura and Rick Brown, told the story of the making of the Gwoździec synagogue roof and ceiling – one of the most unique objects visitors will soon be able to view in the Museum’s Core Exhibition.

The event was attended by Varsovians and visitors from other parts of Poland as well as the American and Canadian educators taking part in the Museum’s Polin Academy Summer School (PASS).

Thank you to everyone who joined us for this incredible creative experience!

The recreated, painted bimah will be displayed in the as part of the Core Exhibition starting in 2014.