Prof. Władysław Bartoszewski presents the Museum with his memorabilia 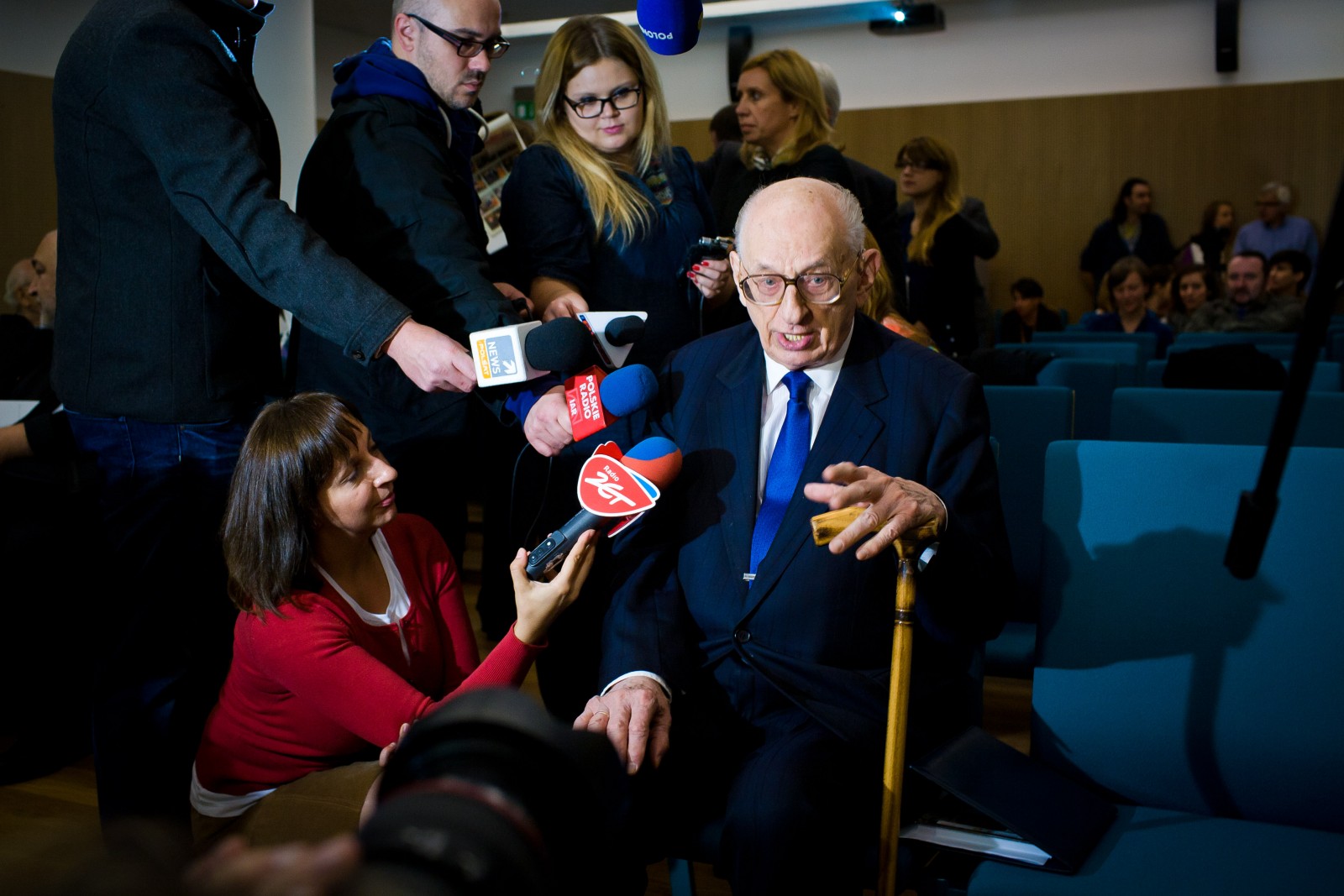 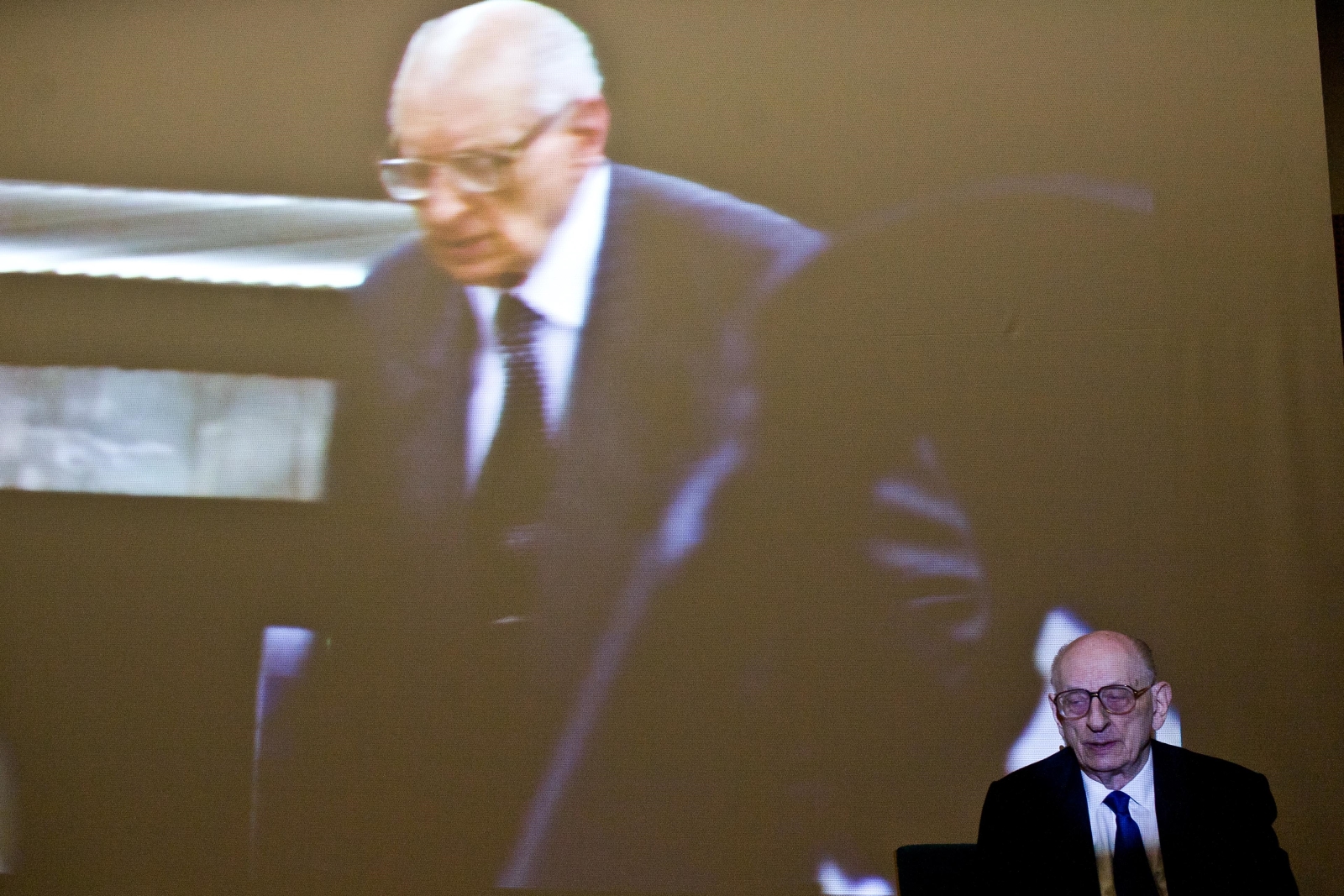 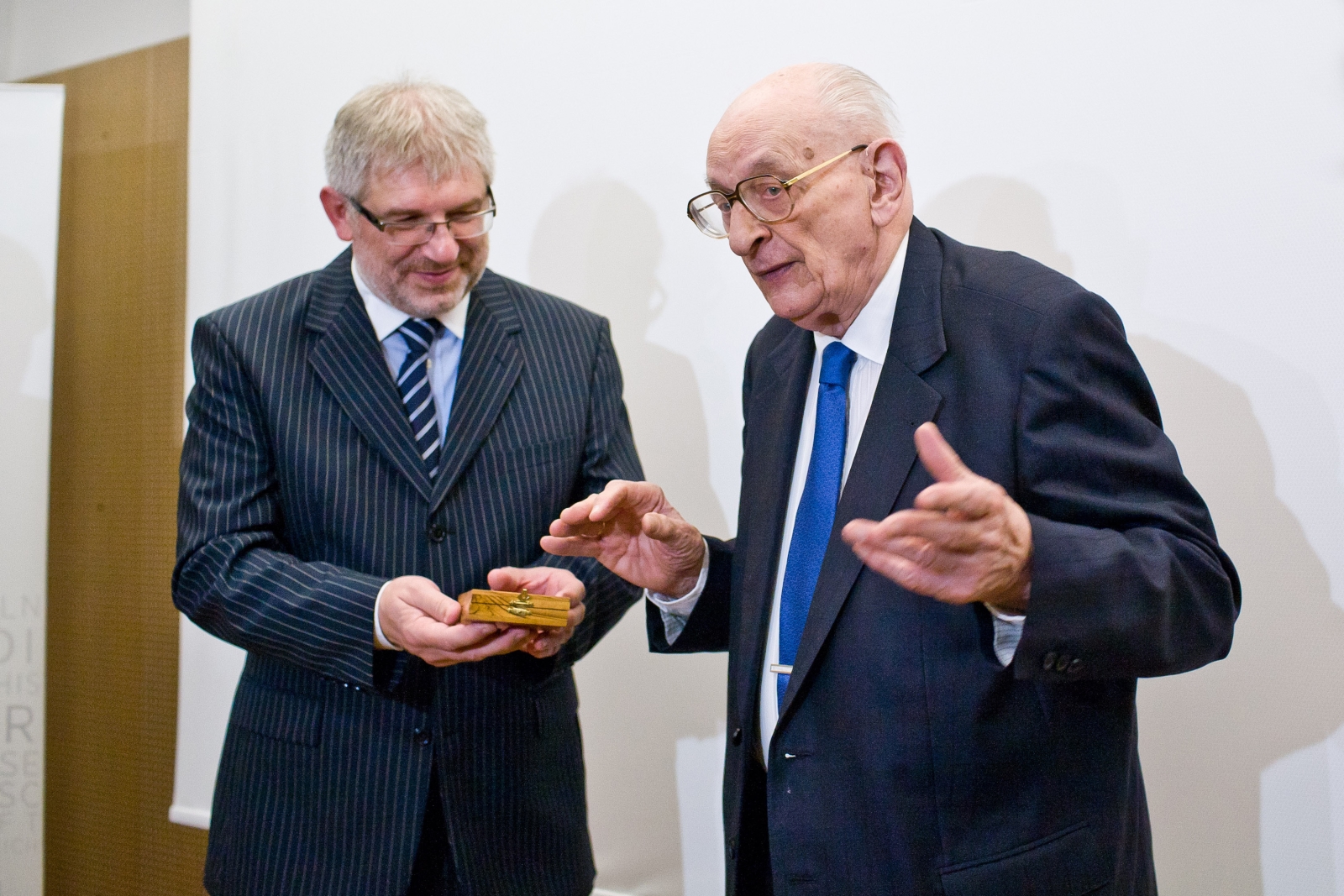 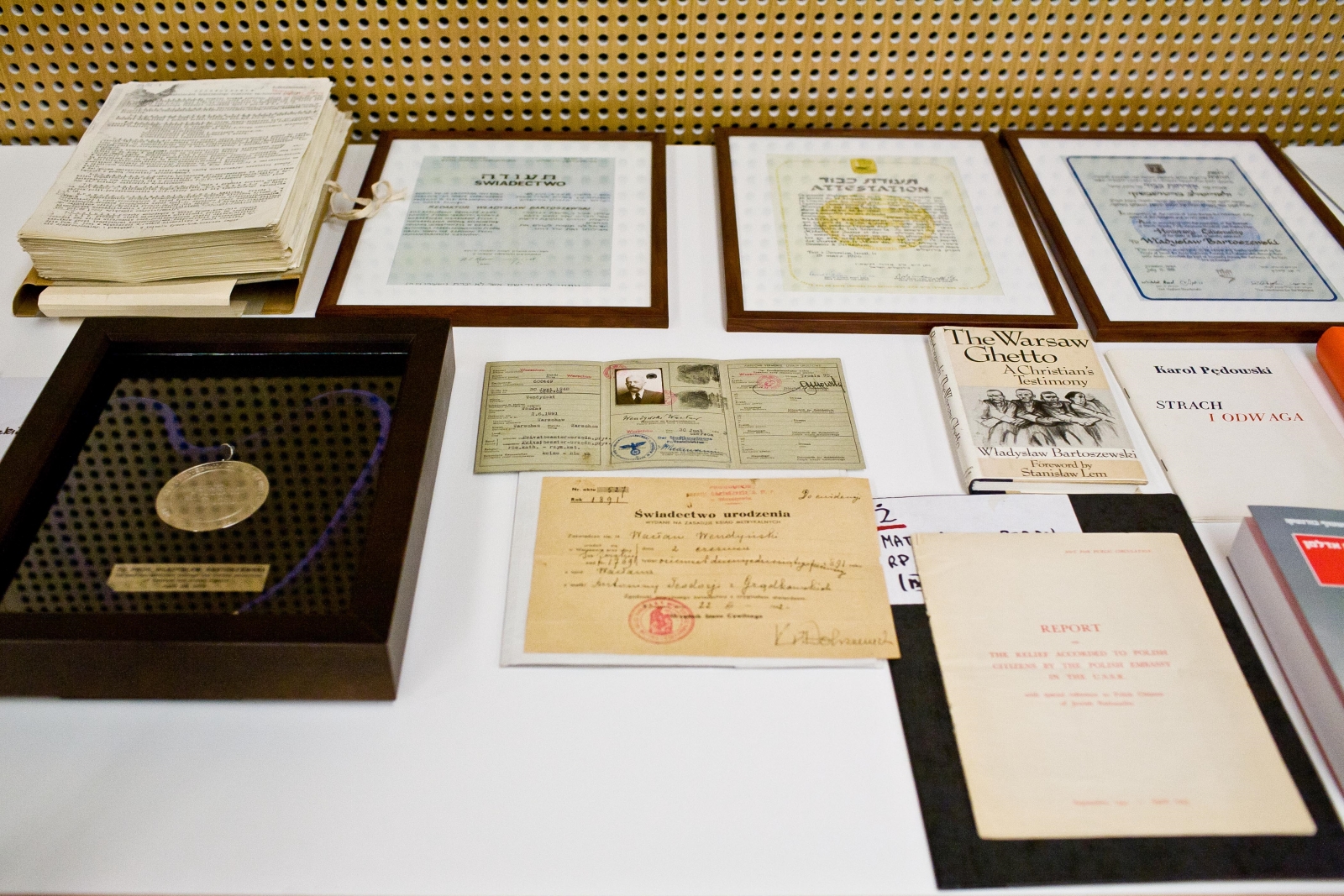 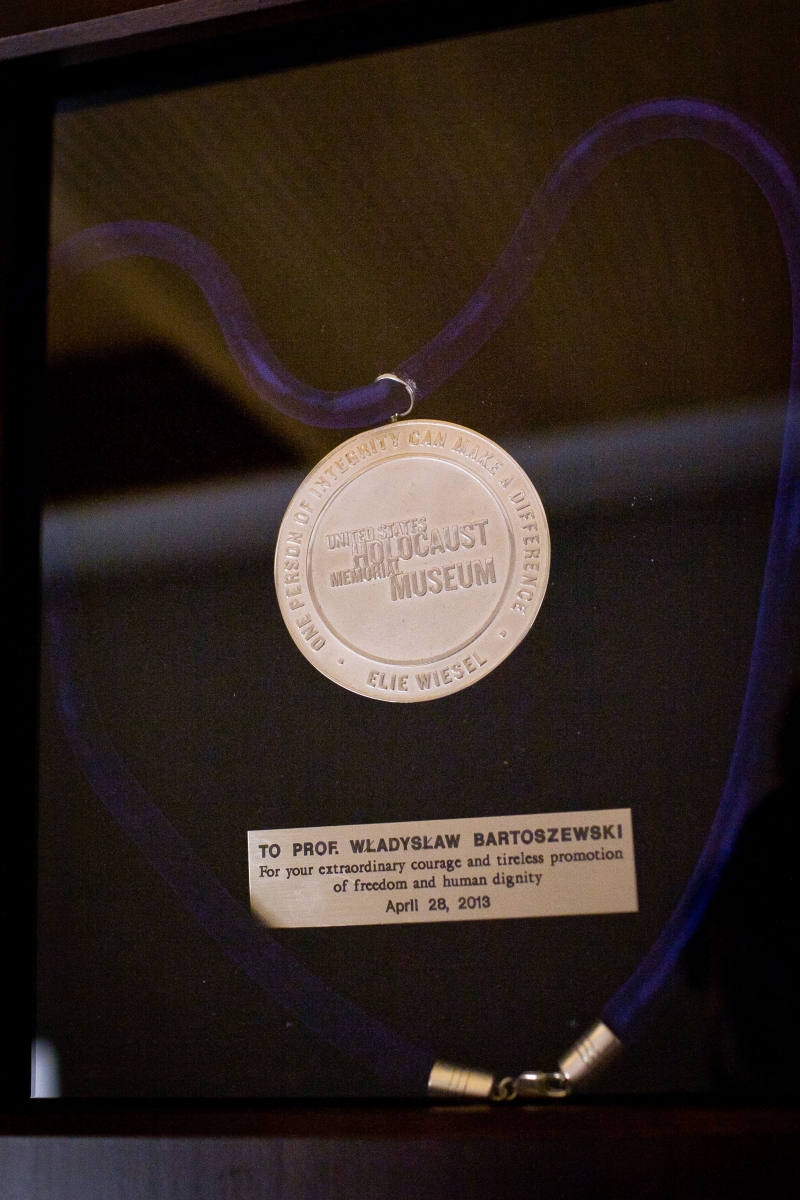 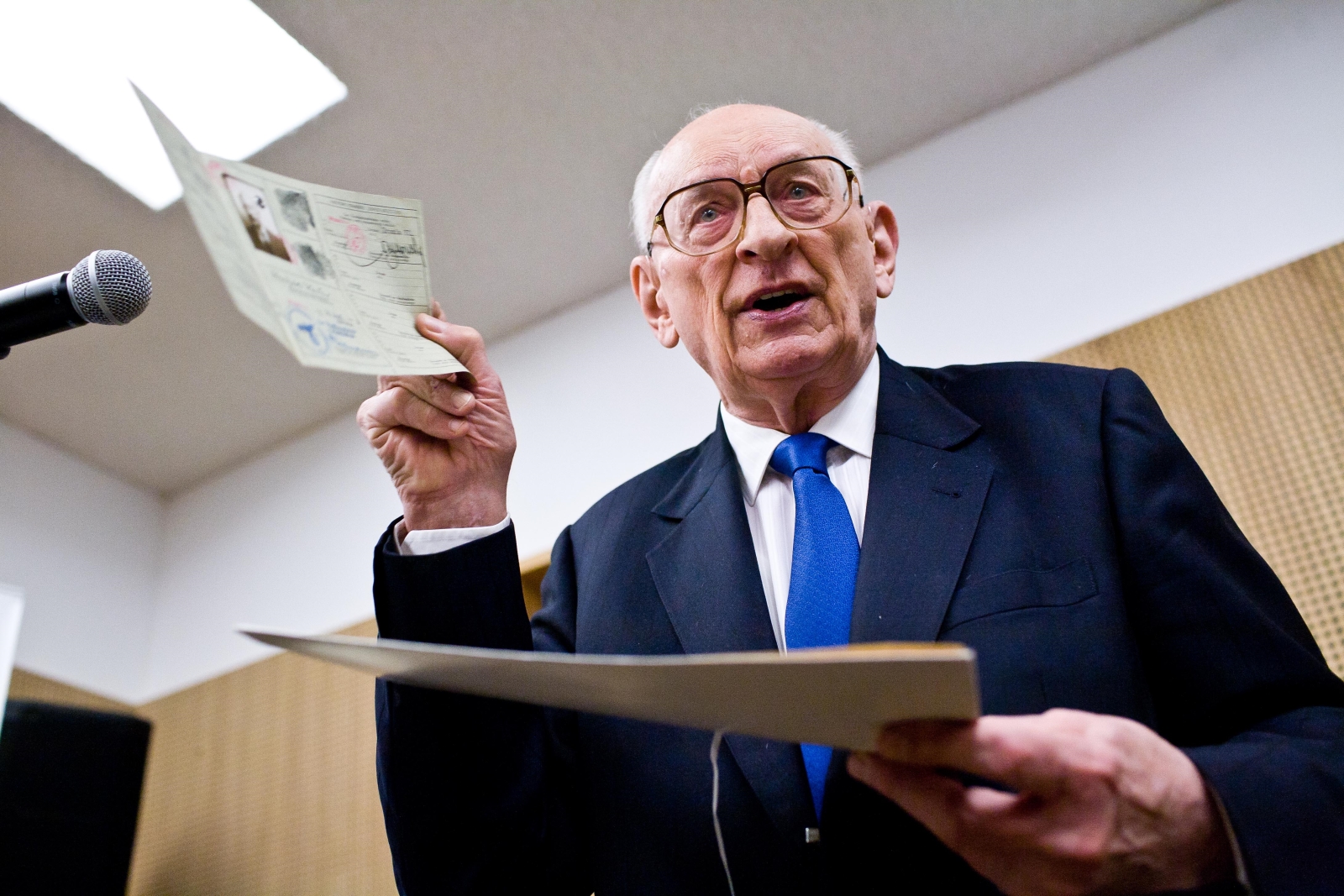 On October 9, 2013, Prof. Bartoszewski presented his mementos to the Museum during an official ceremony. The objects donated were those he considered to be of most educational value and, as he put it, those that “might engender reflection in people of good will” and so should find themselves in this institution. The meeting was attended by representatives of the Museum’s founders – the Ministry of Culture and National Heritage, the City of Warsaw, and the Association of the Jewish Historical Institute of Poland – as well as the Embassy of Israel and the media.

After the screening of a preview of the film „Bartoszewski. Droga” (Bartoszewski. The Way, 2012), the professor recounted how Jewish affairs had become close to his heart, starting with his childhood on Bielańska St. in Warsaw in the vicinity of the Great Synagogue on Tłomackie St. and the Jewish neighborhood of Nalewki. He recalled Jewish neighbors and the friends he played with on his daily visits to the Krasiński Garden, and with whom he spoke Yiddish – a language he can still vaguely understand. He also spoke of his wartime fate and the members of the Jewish resistance he met in war-ravaged Warsaw, including Leon Feiner, Adolf Berman and Rachel Auerbach.

“One never knows what will and what will not pay off in life, but one always knows what is worth doing,” he said, summing up his efforts to help Jews as a member of the “Żegota” Polish Council to Aid Jews.

The gifts donated to the Museum by Prof. Bartoszewski include his Righteous among the Nations medal, which he received in 1966, a certificate of his planting of the “Żegota” tree at Yad Vashem, his honorary citizenship of the State of Israel, a secret report of the Polish embassy in the USSR for the government-in-exile in London, the Elie Wiesel Award (which he received this year from the United States Holocaust Memorial Museum in Washington), an original ring made in the Litzmannstadt Ghetto as well as books and historical documents from the time of World War II.

These mementos are priceless. Their transfer coincides with the Museum’s new special exhibition “Biographies of Things. Gifts in the Collection of the Museum of the History of Polish Jews” which will open on October 18. The exhibition will present a selection of items from the Museum’s collection, consisting largely of gifts from Donors. “Prof. Bartoszewski’s mementos reflect the very heart of this collection,” said Renata Piątkowska, the Museum curator. „These are priceless gifts from an extraordinary individual. His contribution to saving Jews during the Holocaust cannot be overestimated. Just like his work towards democracy in Poland and his engagement in promoting tolerance and respect – as evidenced by his support to this museum,” stated Andrzej Cudak, acting director of the Museum of the History of Polish Jews.