First day of the international conference “Interculturalism in historical education” 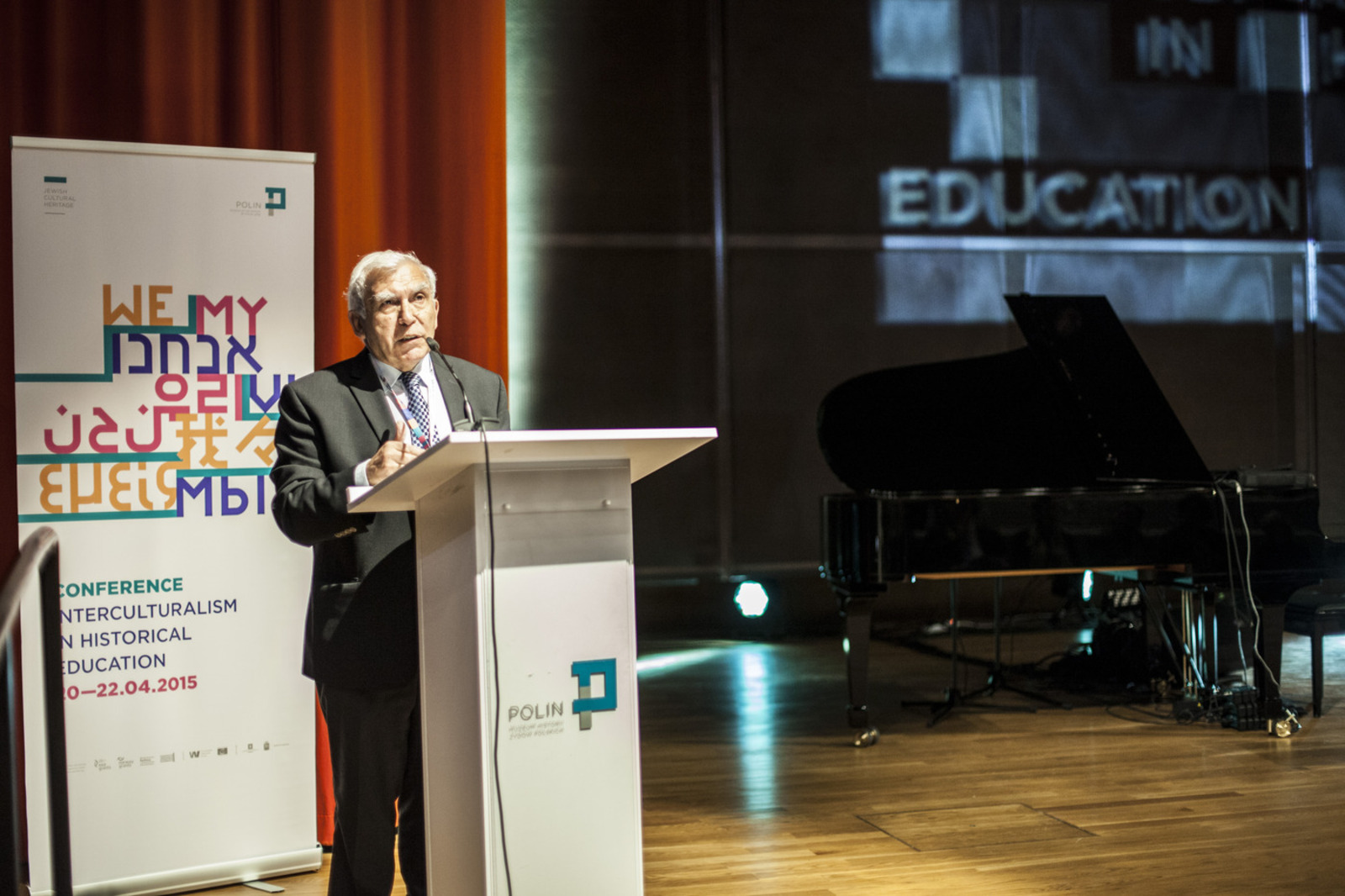 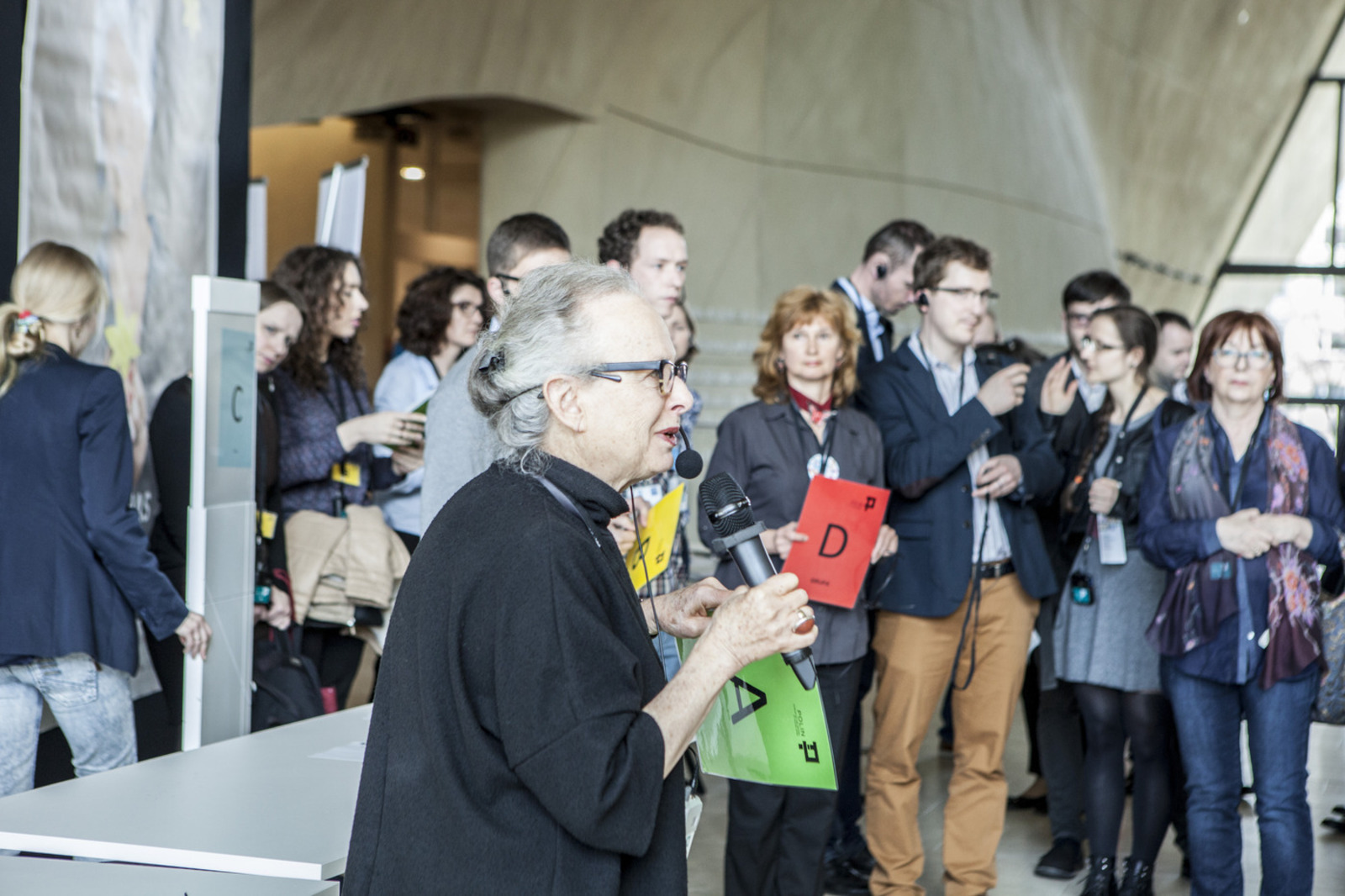 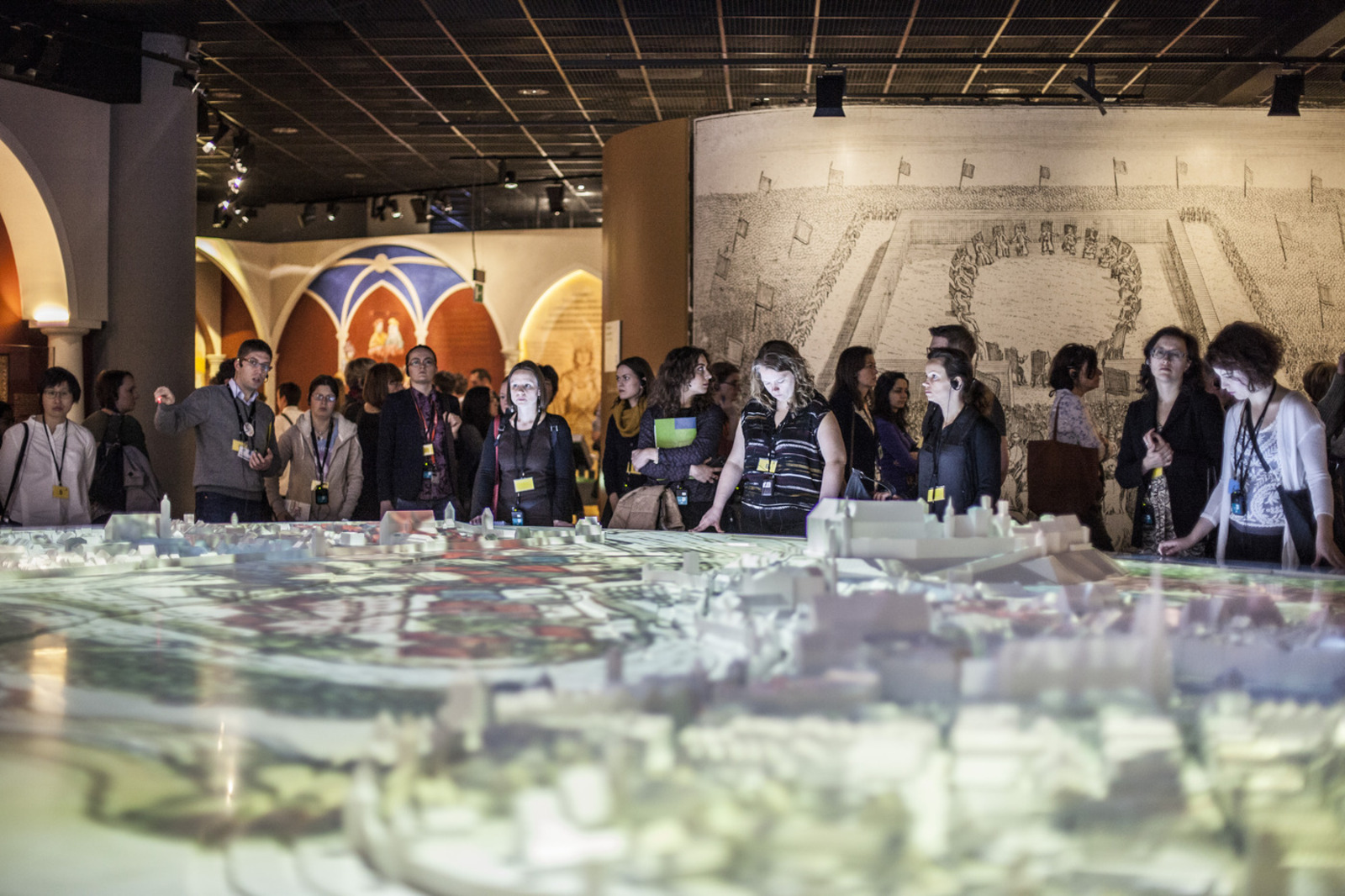 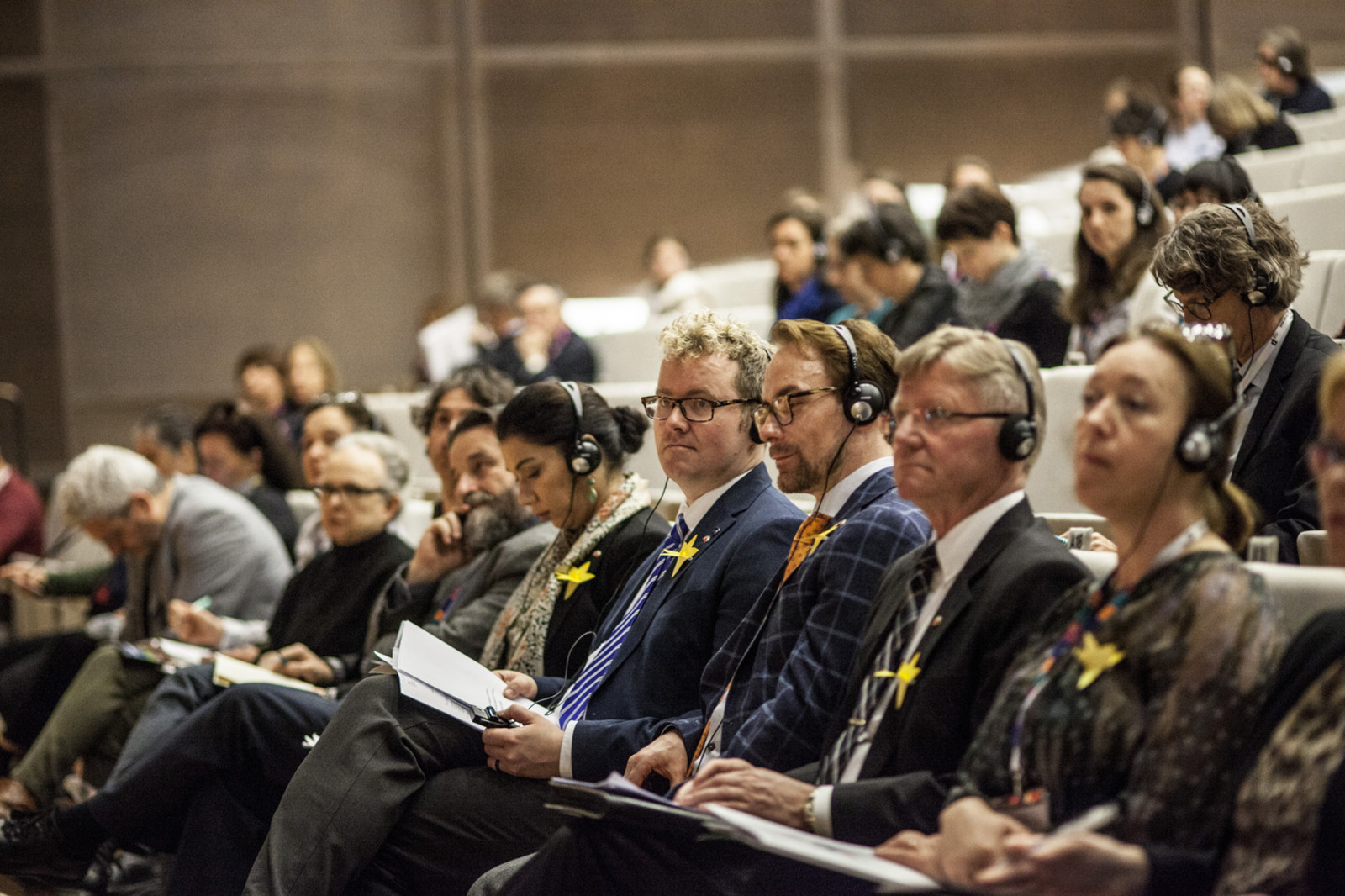 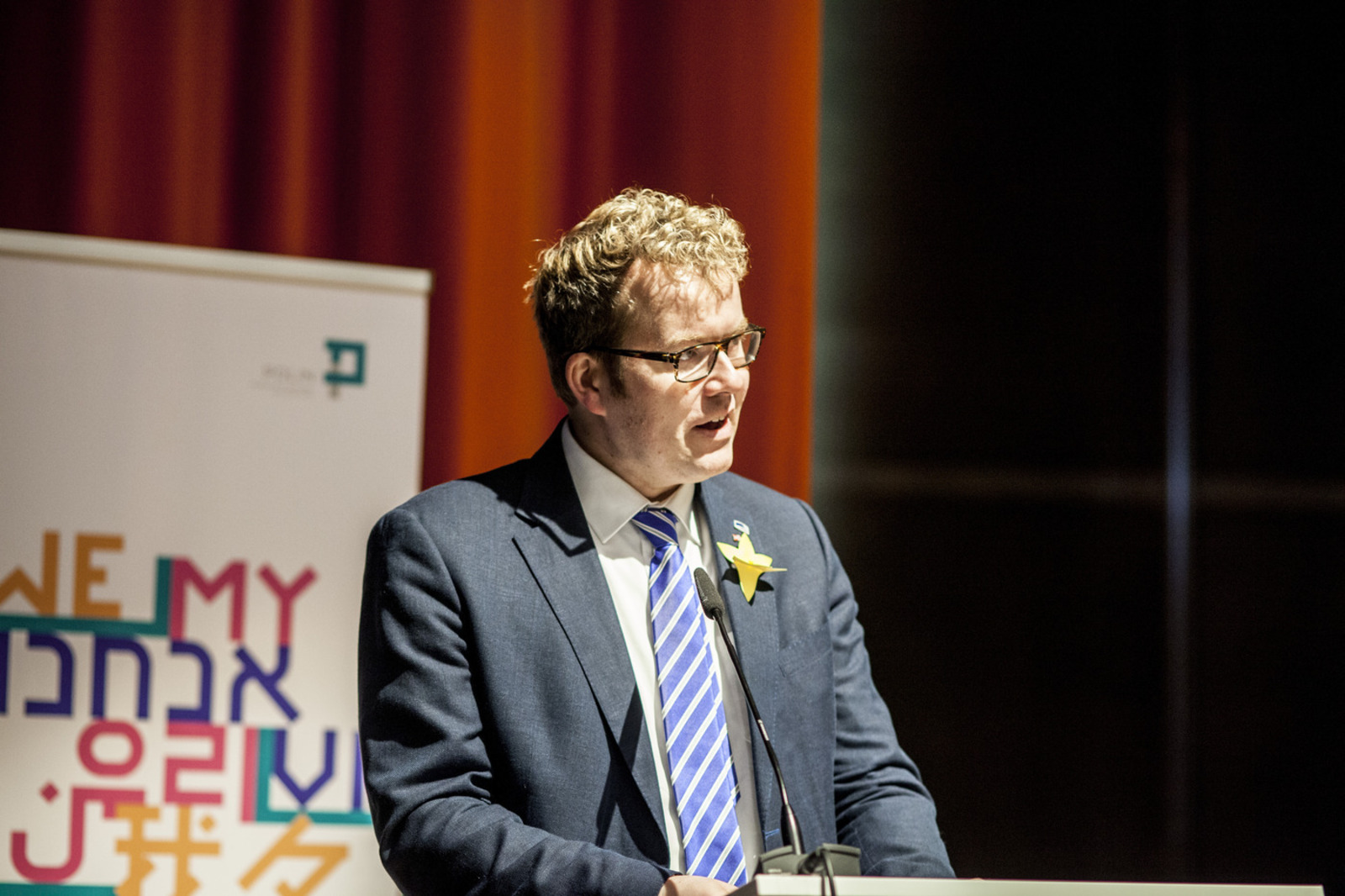 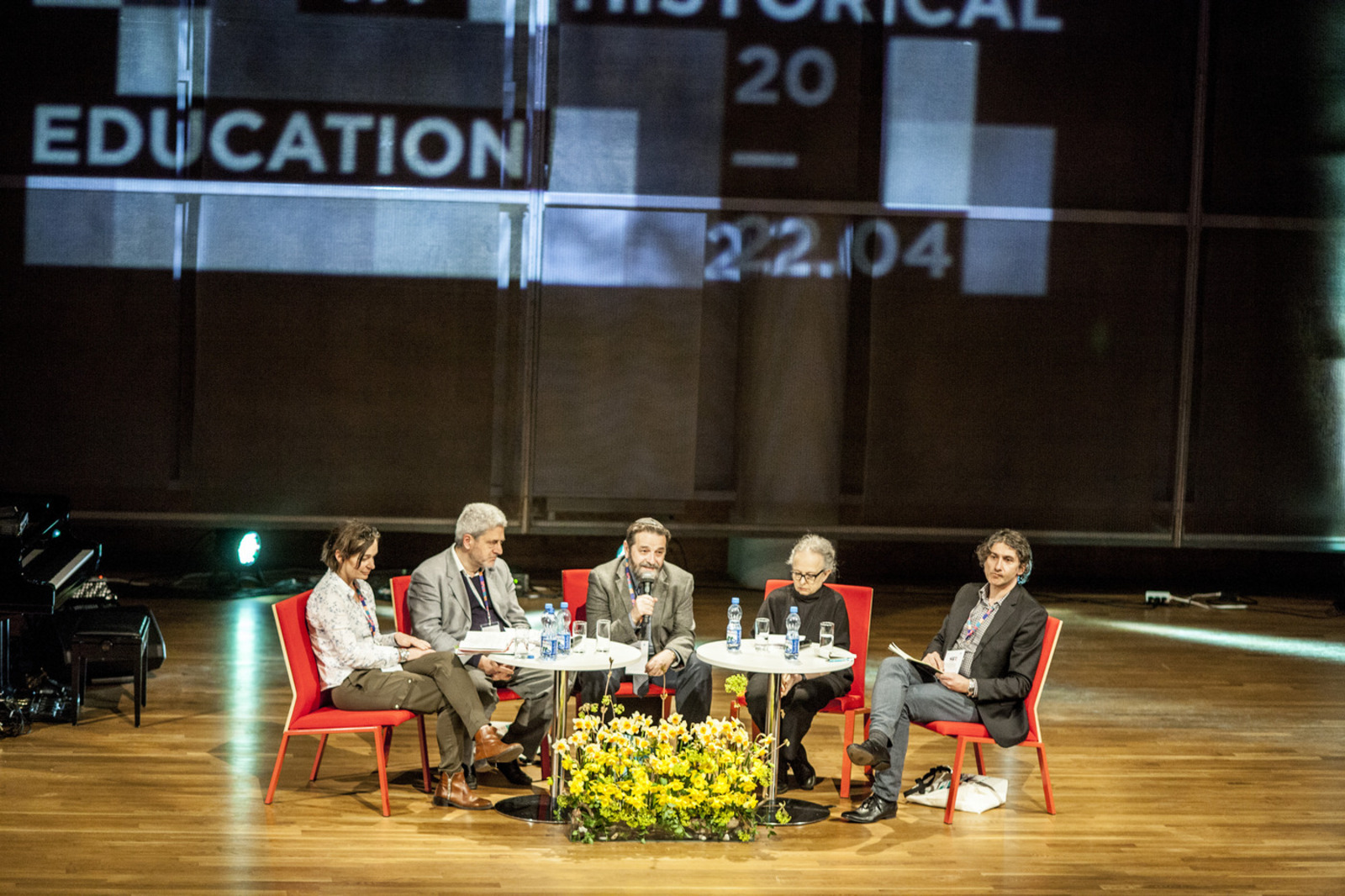 „Interculturalism in historical education” international conference has begun! The official opening of the conference, organized by POLIN Museum of the History of Polish Jews in cooperation with the European Wergeland Centre under the auspices of the European Council, the Embassy of Norway and Hanna Gronkiewicz-Waltz, the Mayor of Warsaw, took place yesterday at 4.30 PM. Zygmunt Stępiński, Deputy Director of POLIN Museum of the History of Polish Jews, welcomed the guests, experts and members of the Programming Board. Mr Stępiński emphasized the main goal of the meeting, namely a collective reflection on how the knowledge and contemplation on the past can contribute to creating an open society, reinforcing intercultural competency and fighting discrimination. He expressed hope that exchanging experiences and knowledge as well as making new contacts would contribute to building united Europe and the world, and to better functioning within a diverse society.

The opening ceremony was attended by: Professor Adam Daniel Rotfeld, member of the Museum Board, Ana Perona-Fjeldstad, Director of the European Wergeland Centre, Ewa Dudek, vice-Minister of Education, and Bjørgulv Vinje Borgundvaag, State Secretary at the Ministry of Culture in Norway. The opening panel topic was: “History and Citizenship Education. Diversity in Europe – Contemporary Challenges ”. The discussion was initiated by Laila Bokhari, State Secretary at the Norwegian Office of the Prime Minister. The prominent guests of the conference opening ceremony included Karsten Klepsvik, the Ambassador of Norway in Poland and Ingrid Schulerud, the Ambassador at the Norwegian Ministry of Foreign Affairs. Zygmunt Stępiński extended thanks to Ms Schulerud for the vital role she had played in the creation of the Jewish Cultural Heritage educational program.

Prior to the official opening of the conference, its participants gathered at the Project Ideas Exchange where they had an opportunity to listen to presentations on the most interesting programs in the field of intercultural, historical and civic education as well as discuss the main postulates, inspirations and experiences in carrying out projects. The participants also took part in the tour of POLIN Museum’s Core Exhibition with Professor Barbara Kirshenblat-Gimblett.

>> More about the conference