The Only Surviving Memento from the Zgierz Synagogue 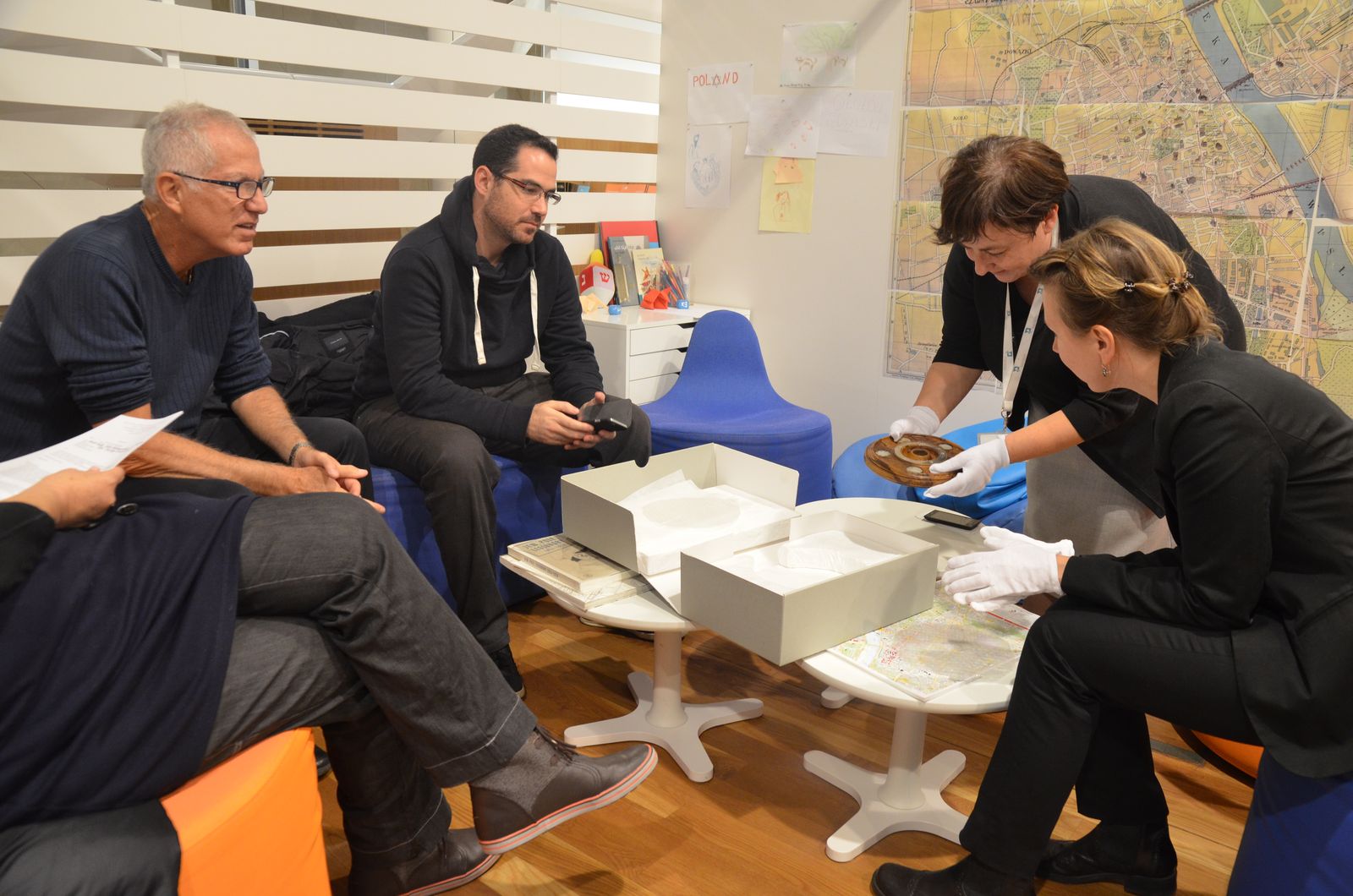 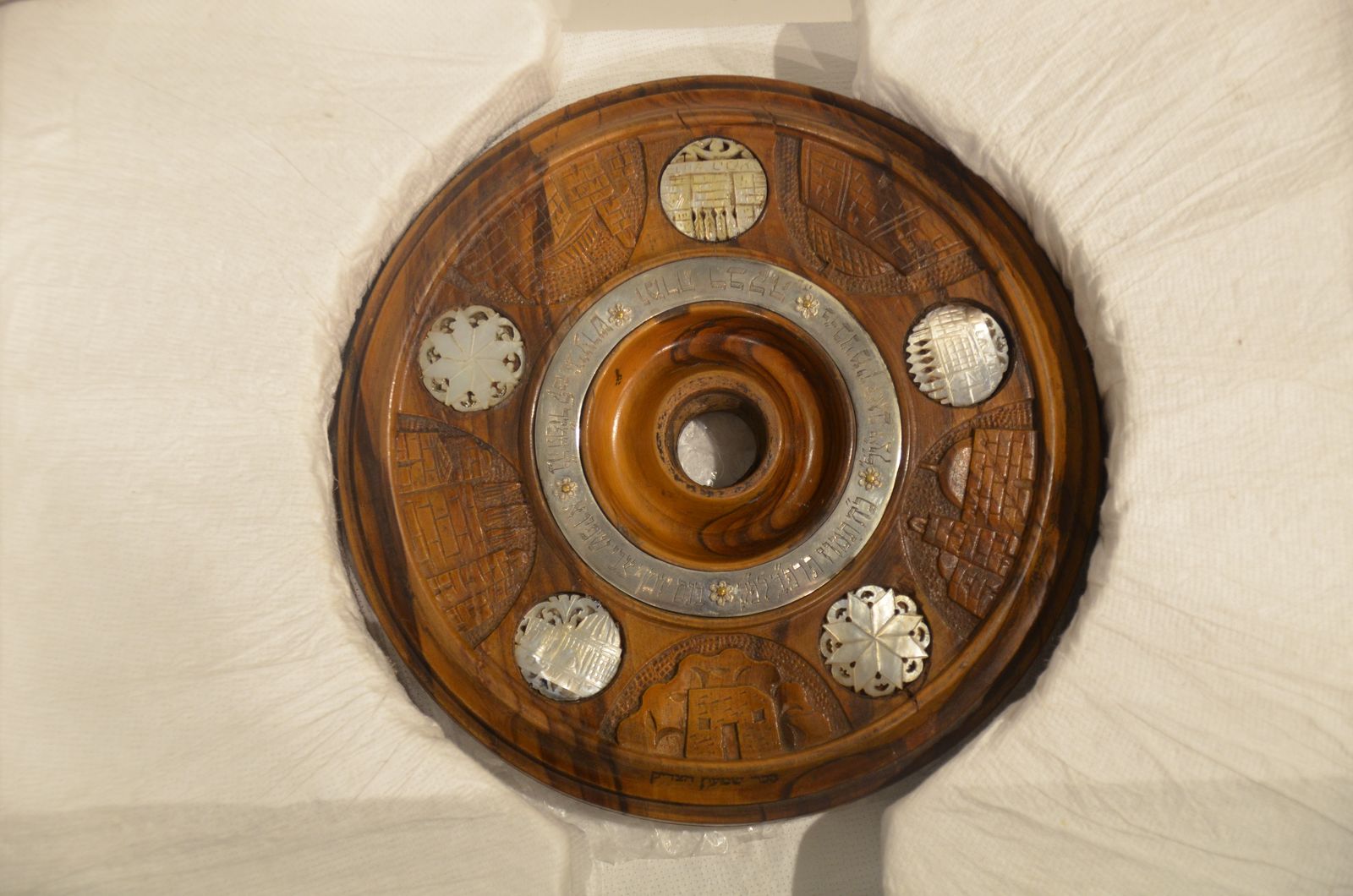 An uncommon memento, surviving the Holocaust, has been donated to the POLIN Museum: one of the four rings of an etz khayim [the Torah scroll housing, literally “the tree of life”] that represents a dramatic story spanning Jerusalem, Palestine, Zgierz, Poland, Germany and Israel.

In 1927, Józef Hersz Szpiro (1880-1941), a Jewish textile manufacturer from Zgierz, accompanied the Gerrer Rebbe [the Hasidic rabbi of Góra Kalwaria] on a voyage to Jerusalem, Palestine. There, he had the wooden housing  made for the Torah scroll that had been handwritten by a scribe in Zgierz, which he later donated to the Zgierz synagogue in memory of his father, who had died in 1901, and of his mother, who had died in 1922. The etz khayim has four rings separating its handles from its rollers; on each one of those olive-wood rings of this Torah-scroll housing was engraved part of the donor’s Hebrew dedication to his parents.

The Zgierz synagogue was burned down several times by the Germans in September, October and November 1939. A single ring  from the etz khayim of Szpiro’s Torah scroll, was the only object that escaped the conflagration. It was brought by a German Wehrmacht soldier from Zgierz to Halle, Germany, where he gave it to the theologian and evangelical pastor Otto Michel (1903-1993).

The Torah ring  is  engraved with views of Jerusalem and other Jewish holy places in Palestine, and adorned with mother-of-pearl rosettes, and has a Hebrew inscription engraved on a silver ring around its circumference, which includes Szpiro’s dedication to his mother. It survived because the German soldier picked it up as a quaint memento for his teacher or pastor, Otto Michel. Over the course of the next 53 years the etz khayim  stayed with Otto Michel, who had moved in 1940 from Halle to Tübingen; Józef Hersz Szpiro had died in the Lodz ghetto in 1941. After Michel’s death in 1993, his widow  donated it to  the Tübingen city museum.

In 2011, the Torag ring  was returned by the mayor of Tübingen, Boris Palmer, in a public ceremony to the descendants of Józef Hersz Szpiro, represented by his grandson Dr. Avner Falk of Jerusalem, his granddaughter, Dr. Ibby Mekhmandarov, and his great-grandson, Yonatan Mekhmandarov.

In June 2015 the five surviving heirs of Józef Hersz Szpiro — his grandchildren Gili Haberberg, Avner Falk, and Ibby Mekhmandarov, and his great-grandchildren Dorit Itzchaki and Ofer Berger — made a joint family decision to take the Torah ring back to Poland, — not to Zgierz, which no longer has a Jewish community, but rather to Warsaw, and to donate it to the POLIN Museum of the History of Polish Jews.

On 27 November 2015, Ofer Berger and his wife and son visited Warsaw from Israel and donated the Torah ring to  the museum’s collection.