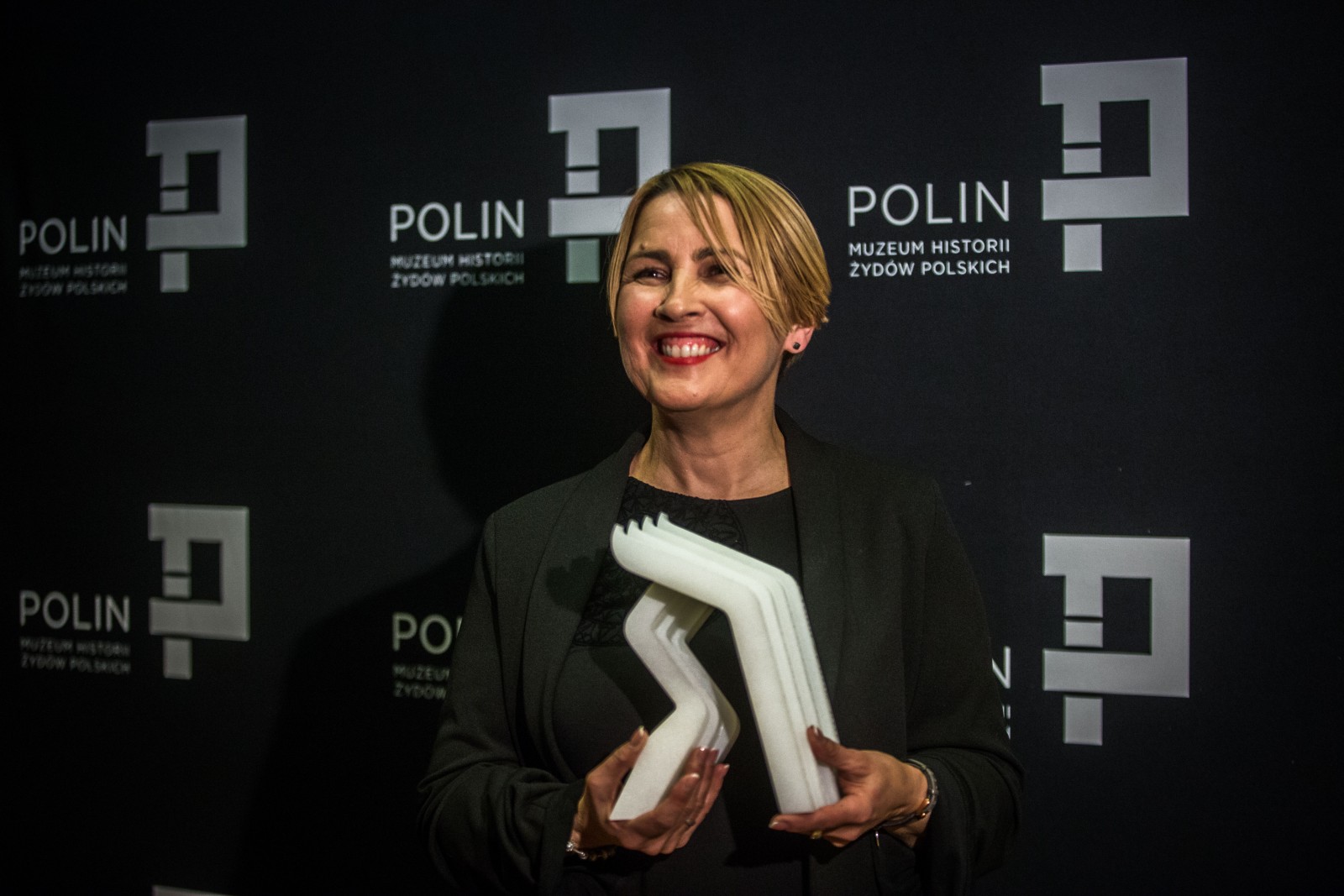 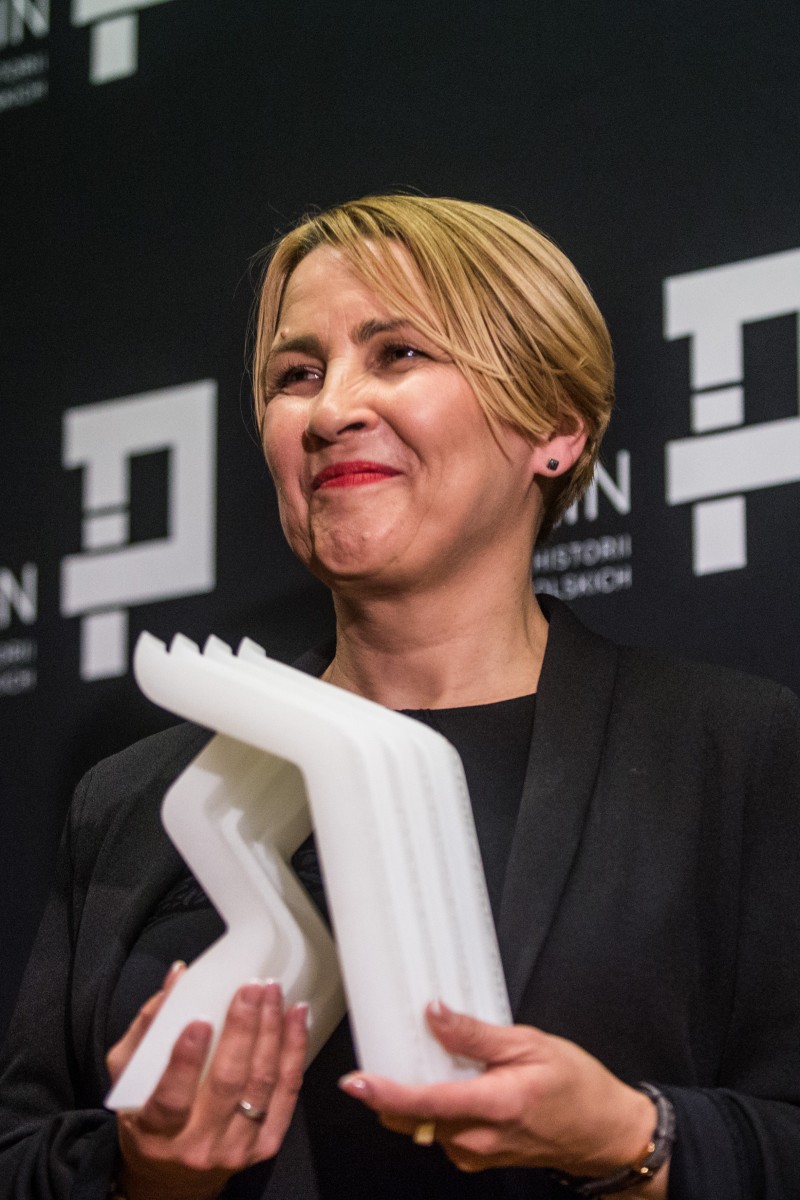 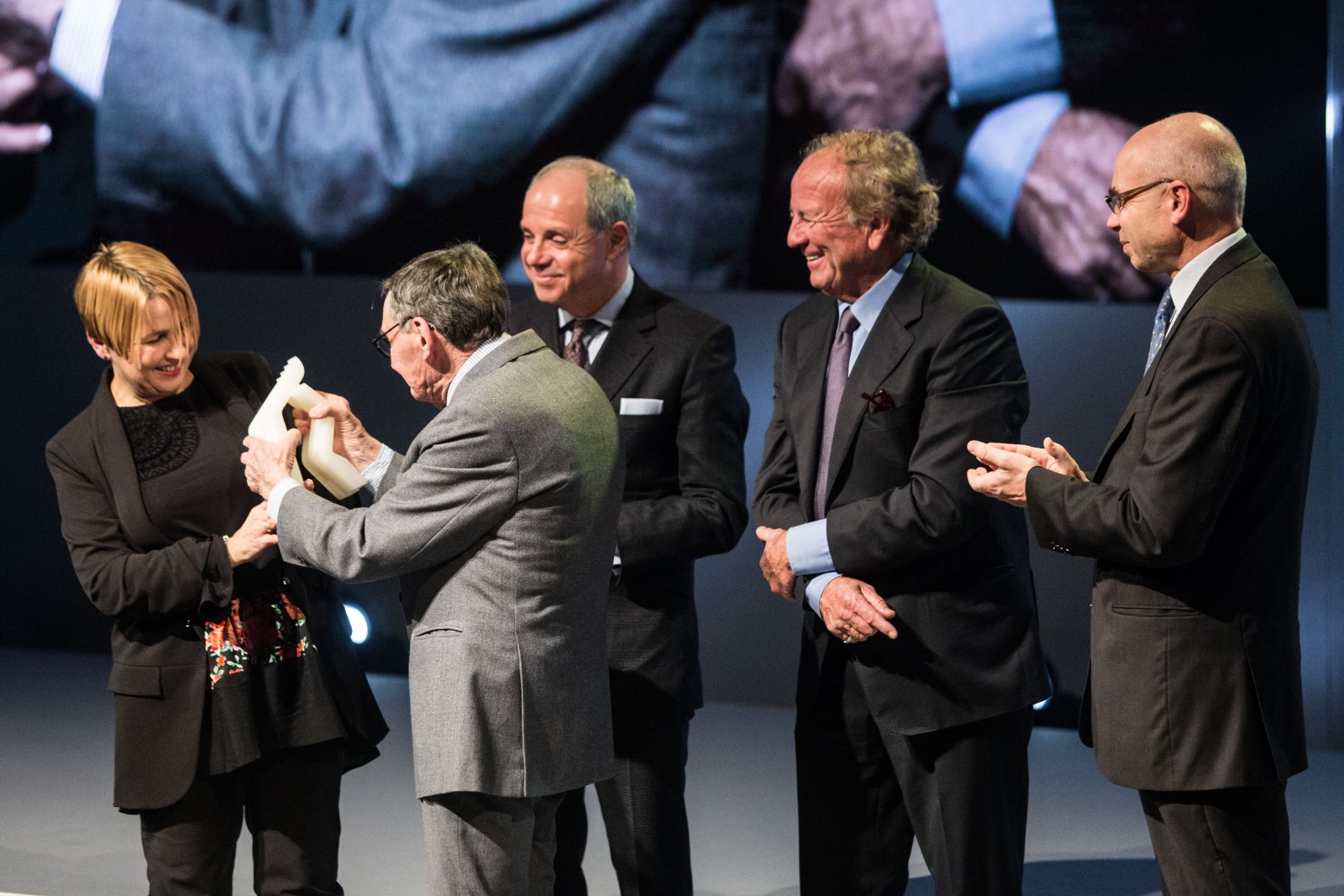 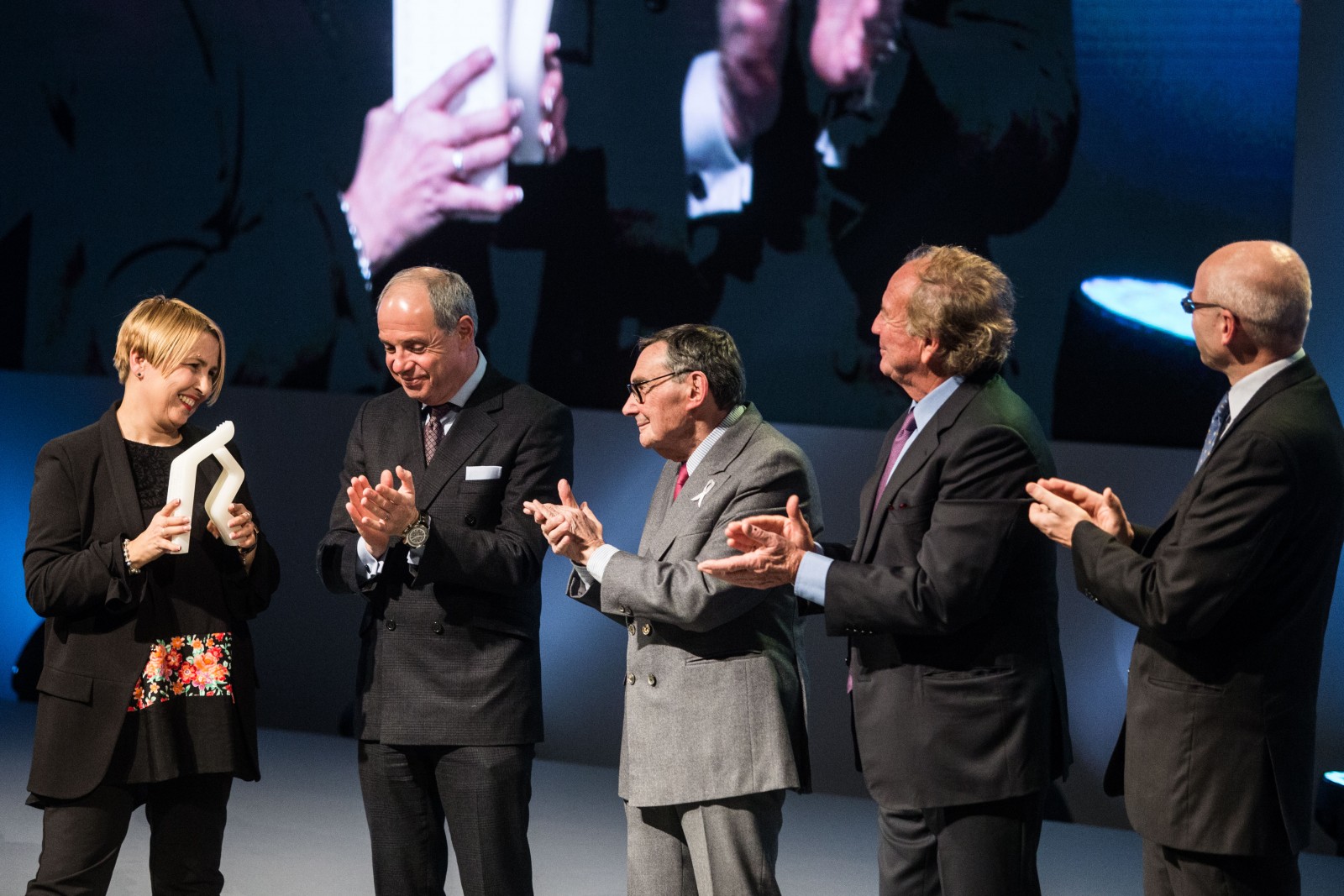 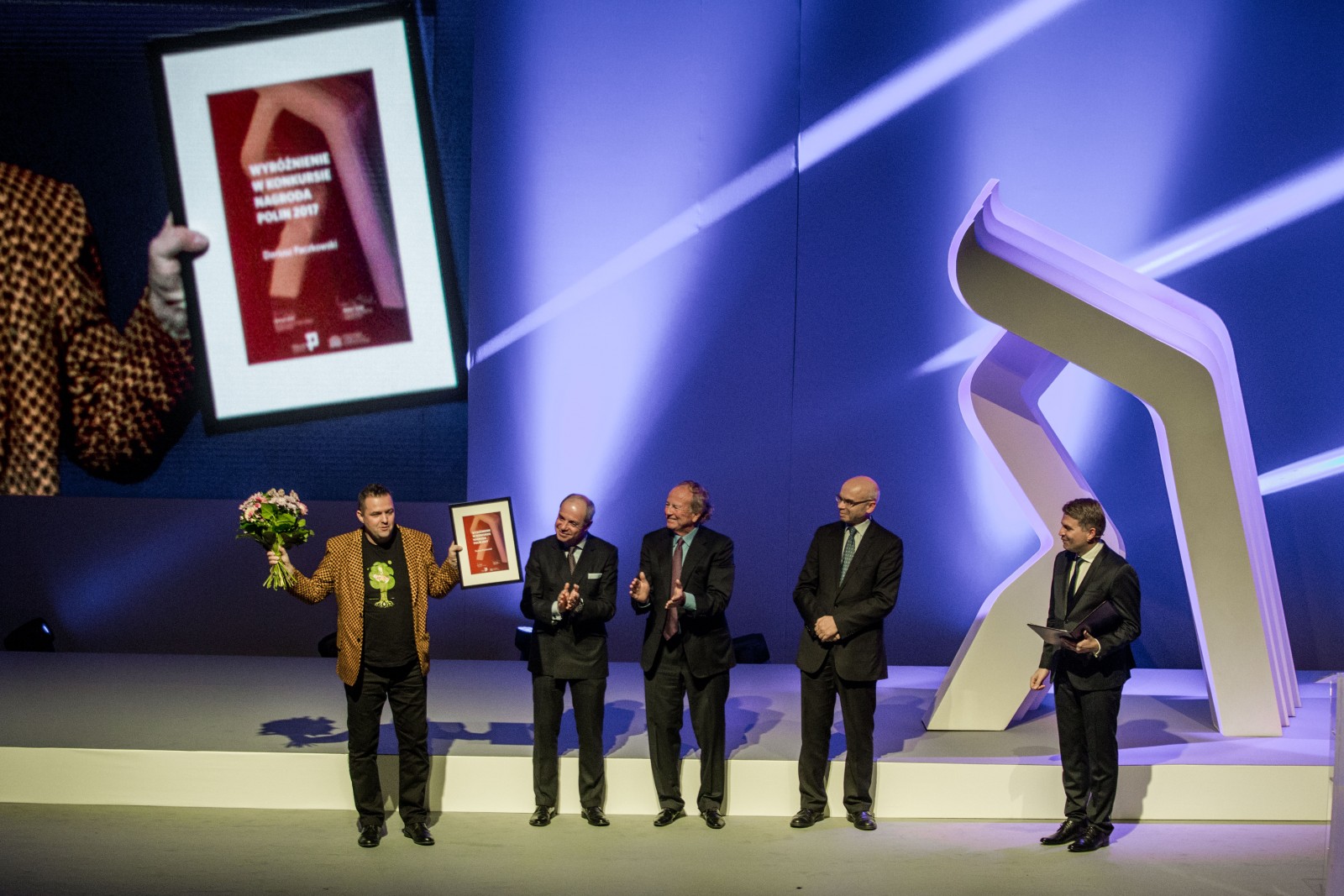 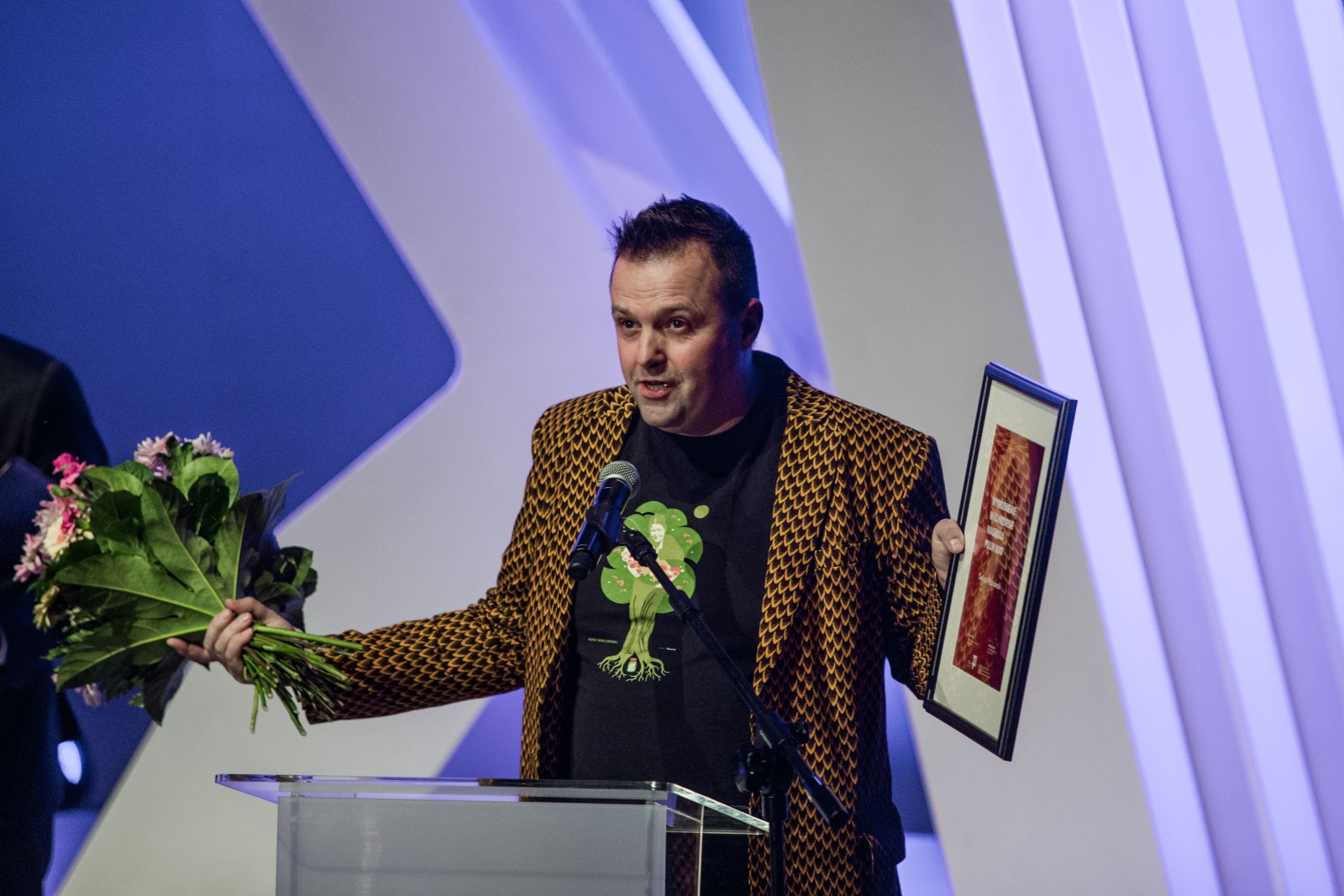 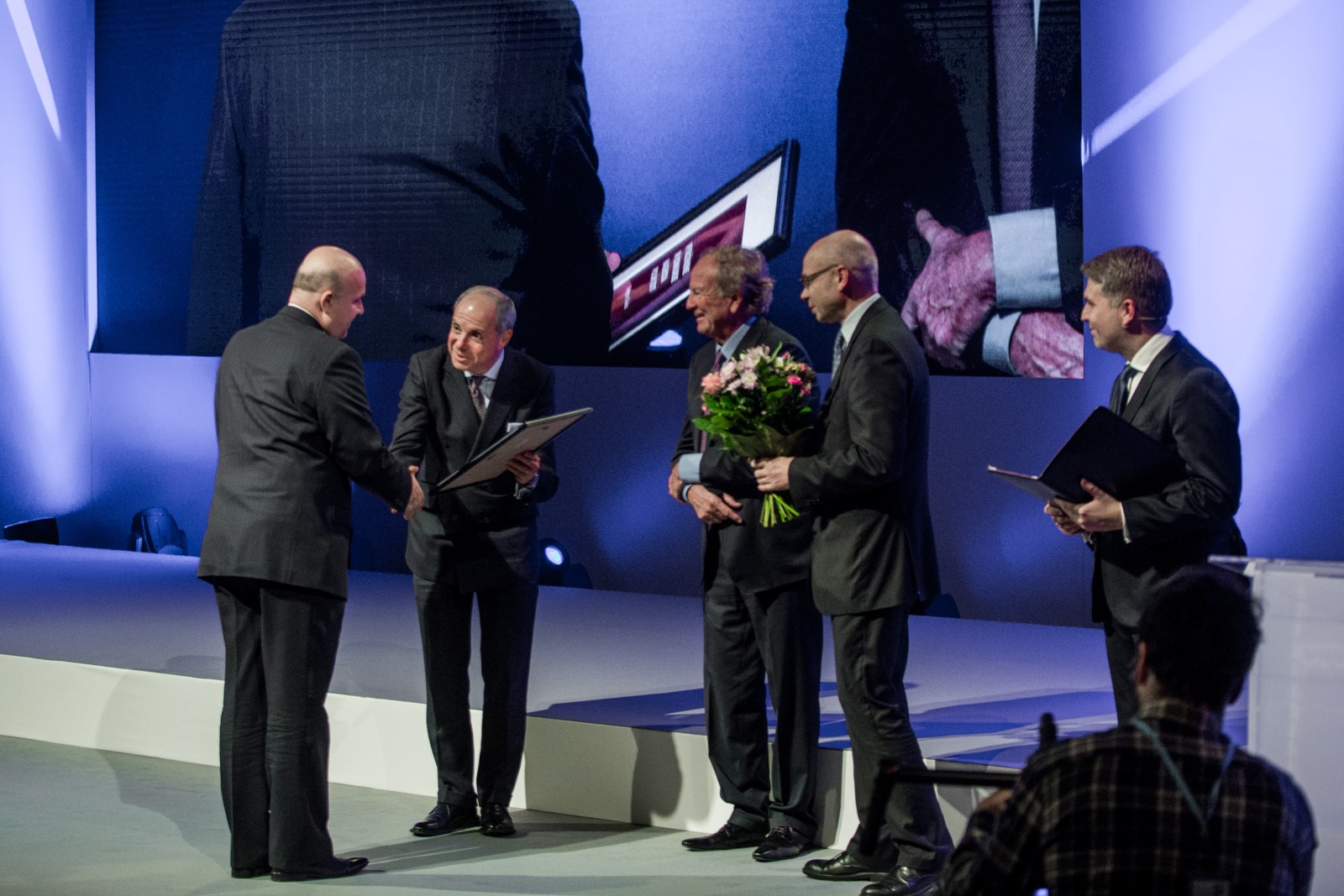 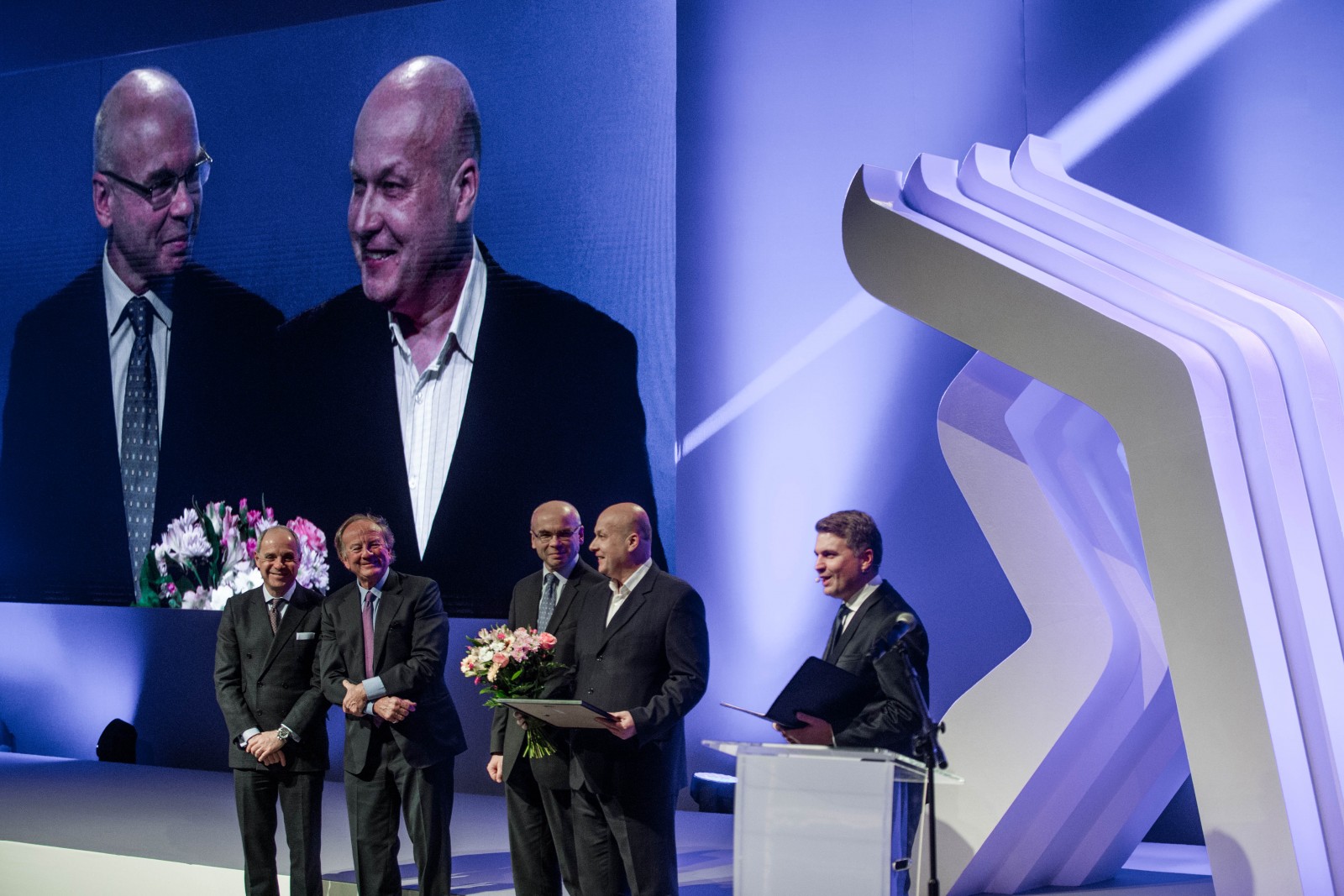 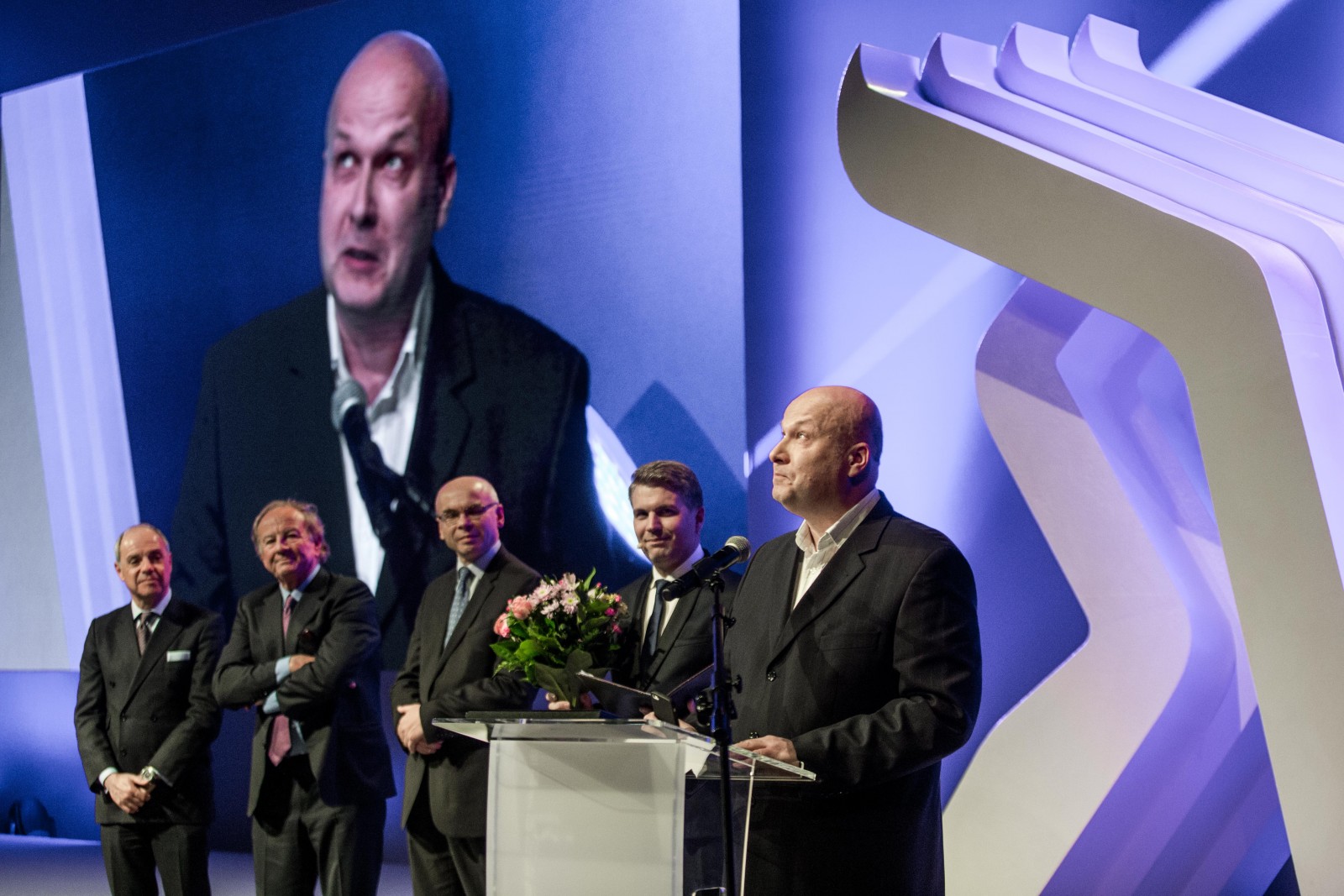 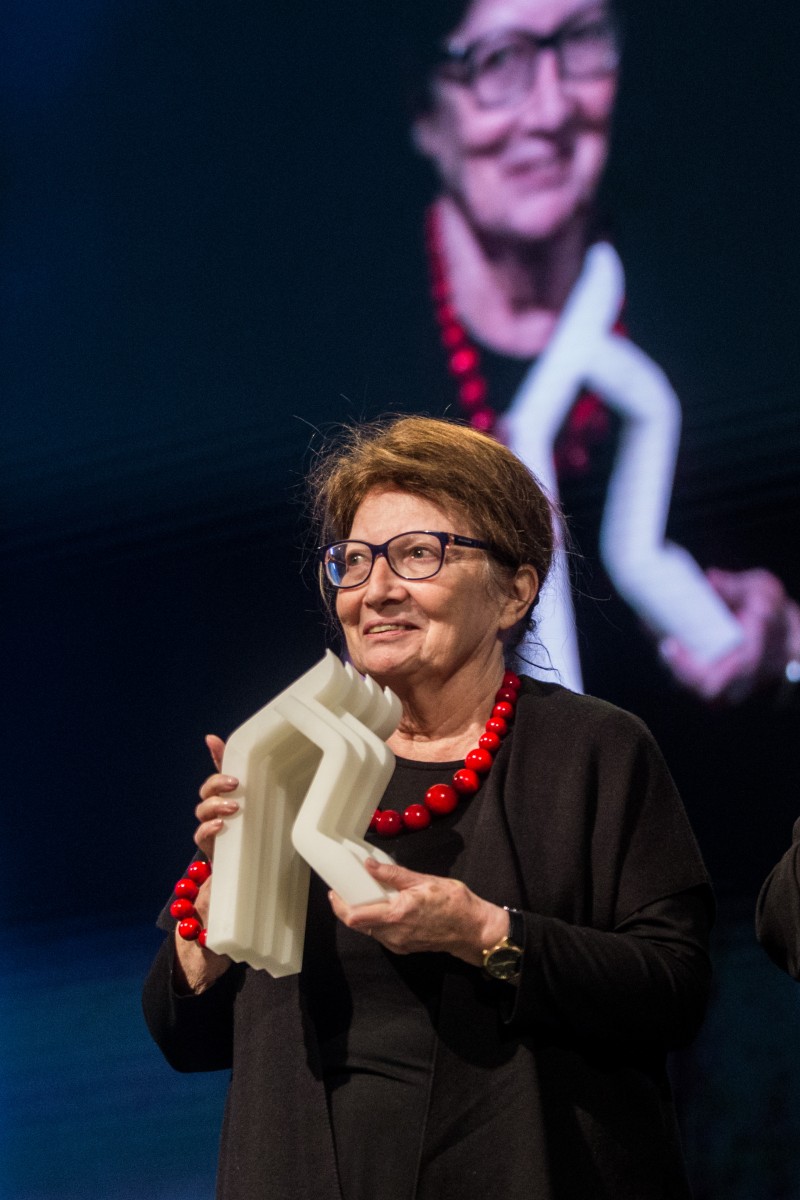 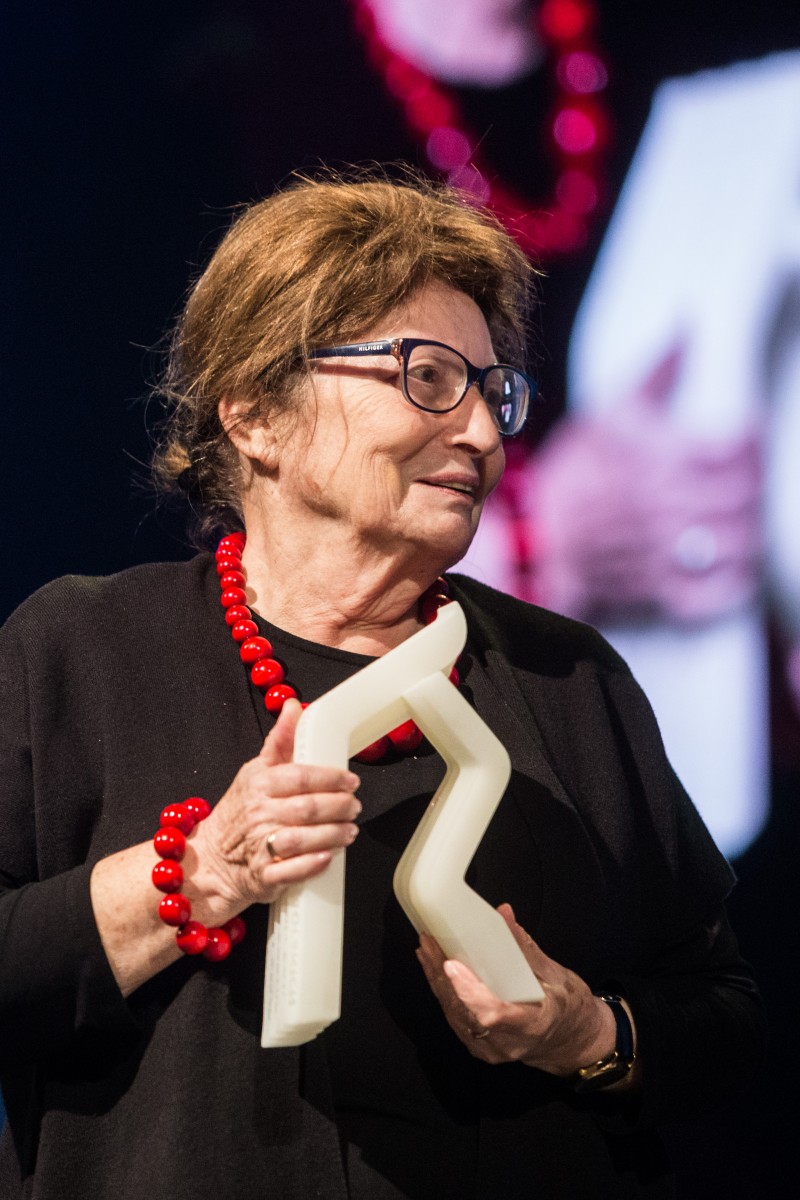 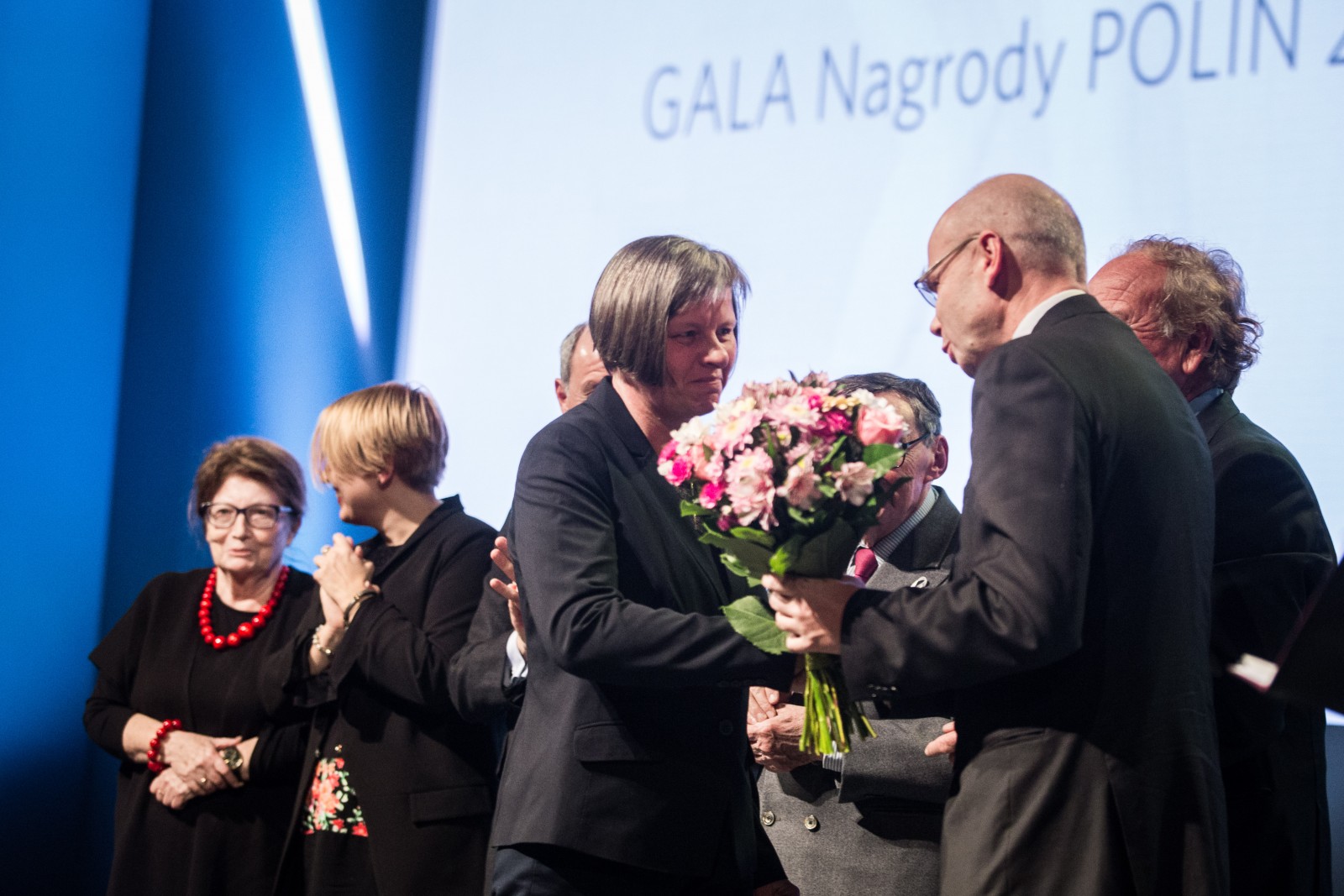 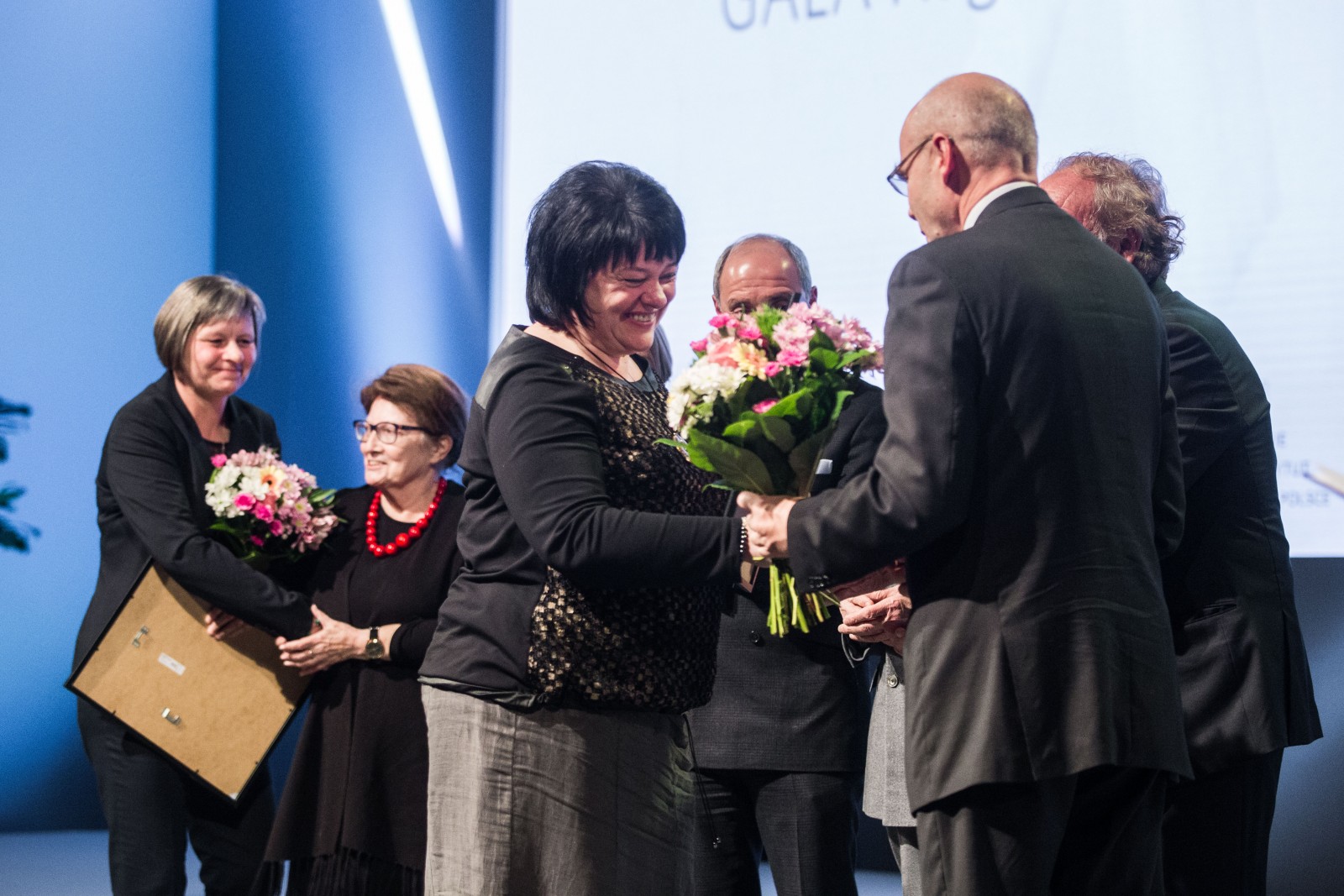 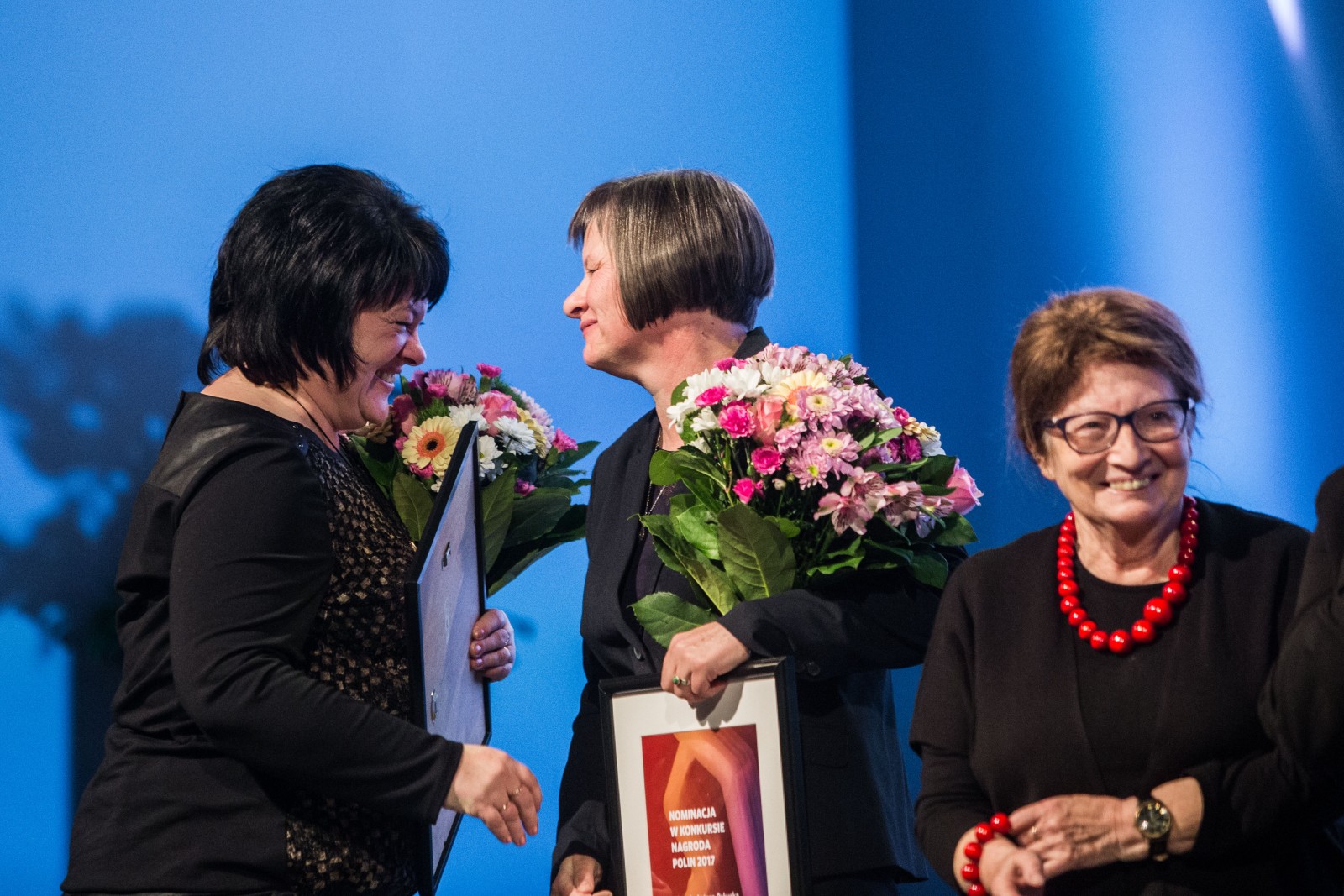 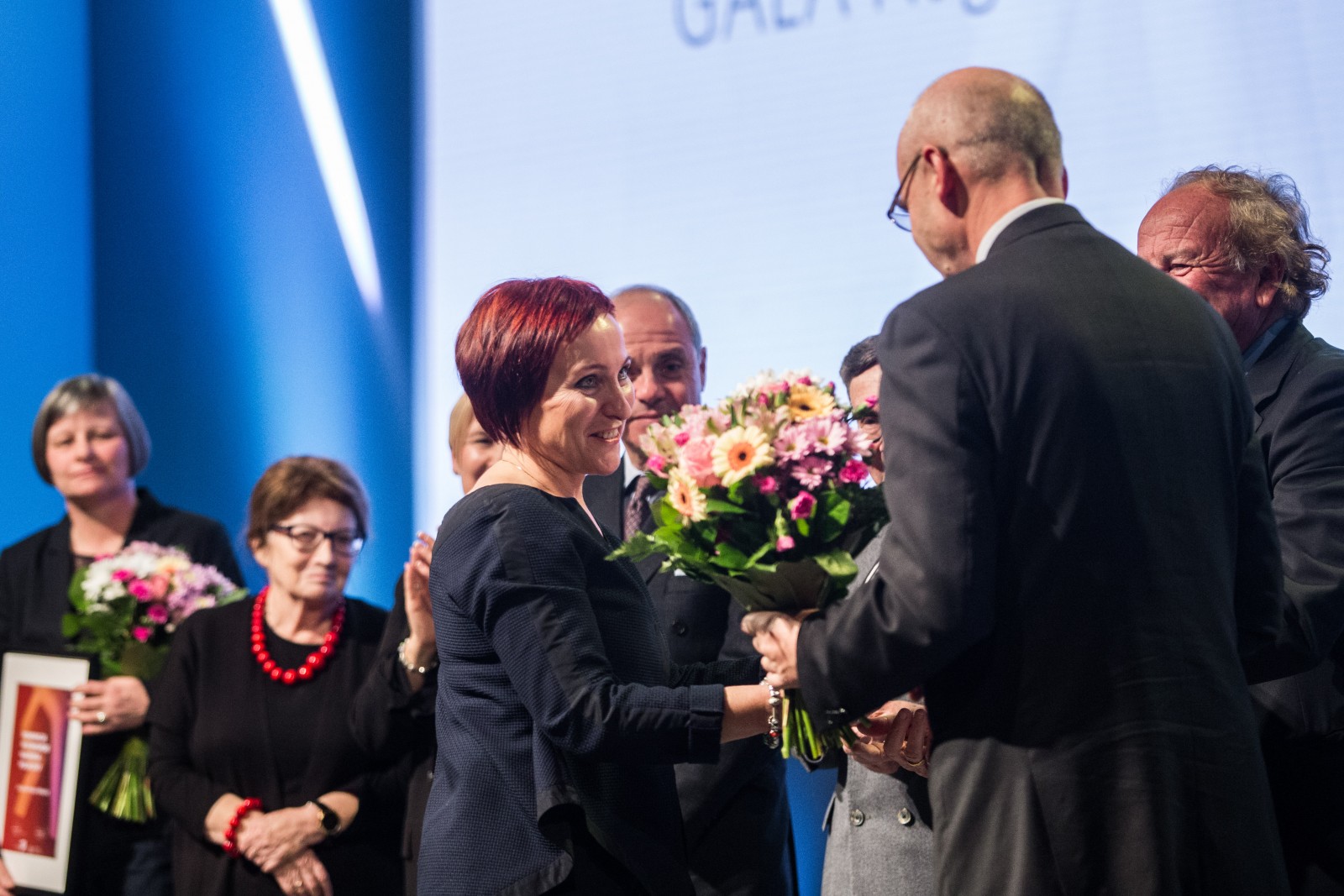 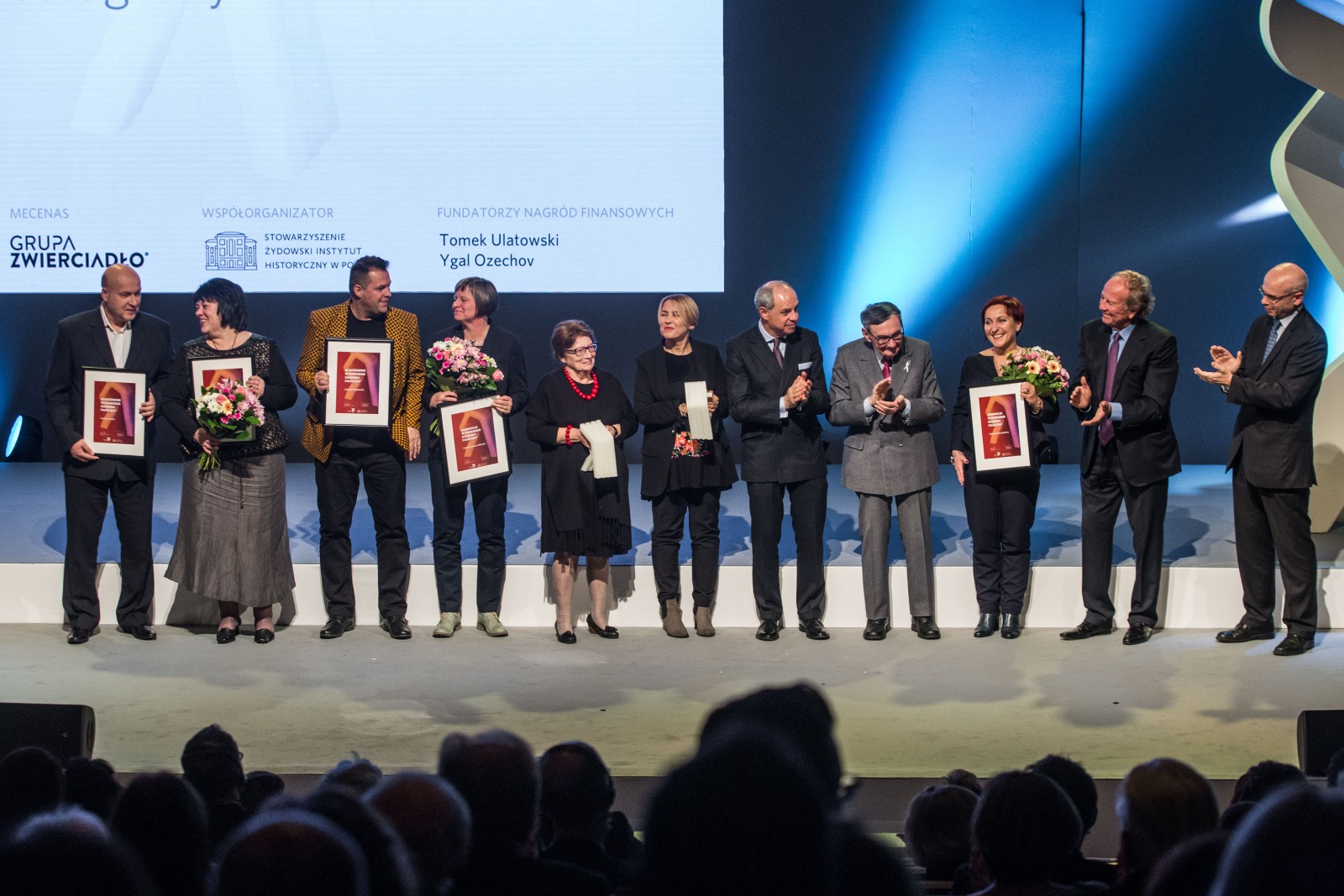 The 2017 POLIN Award has been presented during a formal ceremony held at the POLIN Museum of the History of Polish Jews. The winner of the 3rd edition of the competition was Joanna Podolska, director of the Marek Edelman Dialogue Center in Łódź, who has contributed to the preservation of the memory of the history of the Jewish community in Łódź. Distinctions were awarded to: Dariusz Paczkowski from Żywiec and Ireneusz Socha from Dębica. The winners received financial awards funded by Tomek Ulatowski and Ygal Ozechov, the distinguished Donors of the POLIN Museum. The Special Award was presented to the Association "Children of the Holocaust" in Poland.

The winner of the 2017 POLIN Award was Joanna Podolska, director of the Marek Edelman Dialogue Center in Łódź. Thanks to her work, Jewish Łódź is not just a memory of an industrial city, but has become a bustling element of the present. As director of the Marek Edelman Dialogue Center in Łódź, Joanna Podolska contributes to the popularization of knowledge about the Jewish community in Łódź among all social and age groups. Together with the Center's team, she organizes many cultural, popularizing and educational events, as well as supports publishing activities concerning Łódź Jews and the Łódź ghetto. The winner received a statuette made by Barbara Falender and a PLN 10,000 financial award.

In addition, the Jury also decided to award a distinction to two out of six nominees. The distinction was awarded to Dariusz Paczkowski, a graffiti artist, social activist and cultural animator. Since 1987, he has been focusing on the issue of anti-Semitism, xenophobia, fascism in the public sphere, gender discrimination and human rights violation. He uses a variety of forms: templates that are reflected on the walls of buildings, murals, happenings, workshops and other educational and intervention activities.

The distinction was also awarded to Ireneusz Socha, who has been working to save traces of Jewish culture and Jewish presence in Dębica for almost 40 years. Jewish memorabilia in this town - including the Jewish cemetery and the ghetto area - have survived or have been sorted out thanks to his initiative and cooperation. Both winners received financial awards in the amount of 5 000 PLN.

Of the nearly 80 nominated candidates, six were in the final. In addition to the winners, awarded during the ceremony on Tuesday, the nominees included: Urszula Antosz-Rekucka, a catechist who has been preserving the memory of the Jewish community in Mszana Dolna for many years, Aleksandra Bura, a Polish teacher who has been actively promoting and preserving the memory of the history of Polish Jews, particularly the former inhabitants of Żywiec and its surroundings for 20 years, and Jolanta Krawczykiewicz, director of the Słupsk Cultural Center and initiator of the Jewish Culture Days, commemorating places related to pre-war Jewish inhabitants of Słupsk.

The POLIN Award allows us to express our gratitude and appreciation for people and organizations that work to preserve the heritage of Polish Jews in Poland. Thanks to them, the memory of the history of Polish Jews is reborn, and their work builds mutual understanding and respect between Poles and Jews. It is a great honour for us to show that their activities are important and needed - said Dariusz Stola, director of the POLIN Museum, during the ceremony.

The 2017 POLIN Special Award was presented to the Association "Children of the Holocaust" in Poland. It brings together people who survived the Holocaust, who due to their Jewish origins were in ghettos, concentration camps, extermination camps or were forced to hide their identity, and who were not more than 13 years old when World War II broke out or who were born during the war. The aim of the organization is to build a community of Holocaust survivors, provide support, preserve the memory of the Holocaust and the memory of the life of the Jewish community in pre-war Poland.

The decision on who would receive the 2017 POLIN Award was taken by the Competition Jury chaired by Marian Turski, the Chairman of the POLIN Museum Council. The Jury also includes: Dariusz Stola, Director of the POLIN Museum, Grażyna Pawlak, Director of the Professor Mojżesz Schorr Foundation, Paula Sawicka, Chair of the Program Council of the Association against Anti-Semitism and Xenophobia “Otwarta Rzeczpospolita" and Piotr Wiślicki, Chairman of the Association of the Jewish Historical Institute in Poland, as well as the winners of the 2015 and 2016 POLIN Award.

The POLIN Award is presented by the Museum of the History of Polish Jews to people, organizations or institutions which actively contribute to the preservation of the memory of Polish Jews and their history. The accompanying financial awards were funded by Tomek Ulatowski and Ygal Ozechov, the distinguished Donors of the POLIN Museum. The organization of the POLIN Award Ceremony was possible thanks to the support of the Jankielevitsch Foundation. The ceremony featured a concert by Kayah and Marcin Wyrostek.