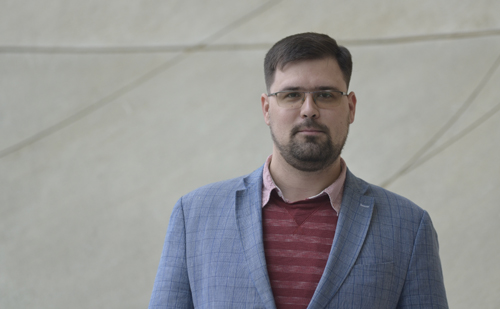 Yuri Radchenko is the director of the Center for Research on Interethnic Relations in Eastern Europe (Kharkiv, Ukraine). He is currently working on his project "Andrii Mel’nyk: the OUN Leader’s Life History and the Memory of Him and His Movement".

Yuri was a post-graduate student at the History of Ukraine Department at the V. Karazin Kharkiv National University. His dissertation dealt with “Nazi Genocide of the Ukrainian Jews in the Military-Administered Area (1941-1943)”.

His academic interests include history of the Holocaust, Ukrainian-Jewish relations in the years 1920-1940, collaboration with Nazis in Eastern Europe and history of radical right-wing movements in Europe in the interwar decades (1920s-1940s).

During his five-month GEOP Research Fellowship, Yuri will continue to work on his project devoted to Andrii Mel’nyk and OUN (m) during WWII and afterwards.

Yuri Radchenko will be in residence at POLIN Museum and the Emanuel Ringelblum Jewish Historical Institute from April to July 2020.