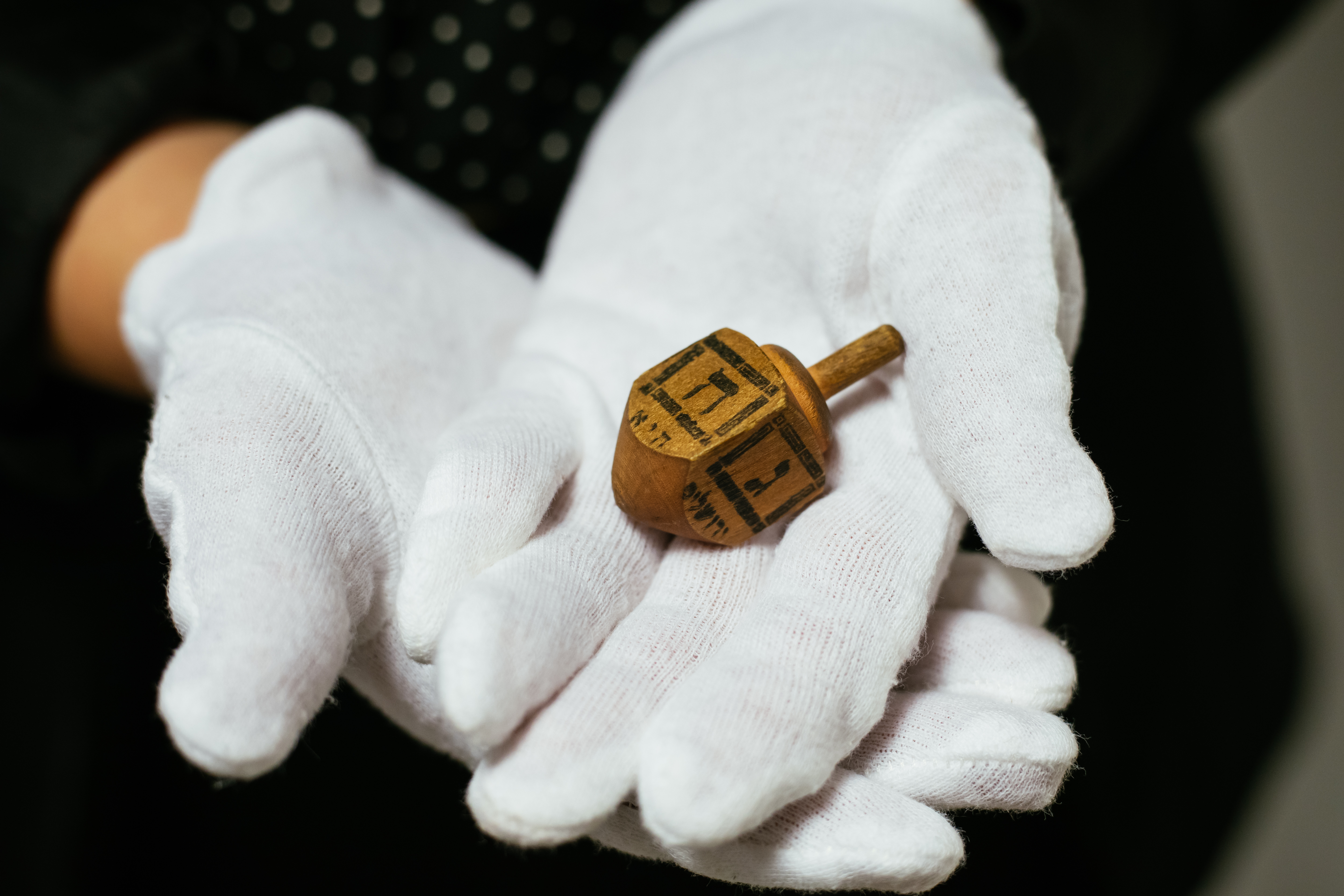 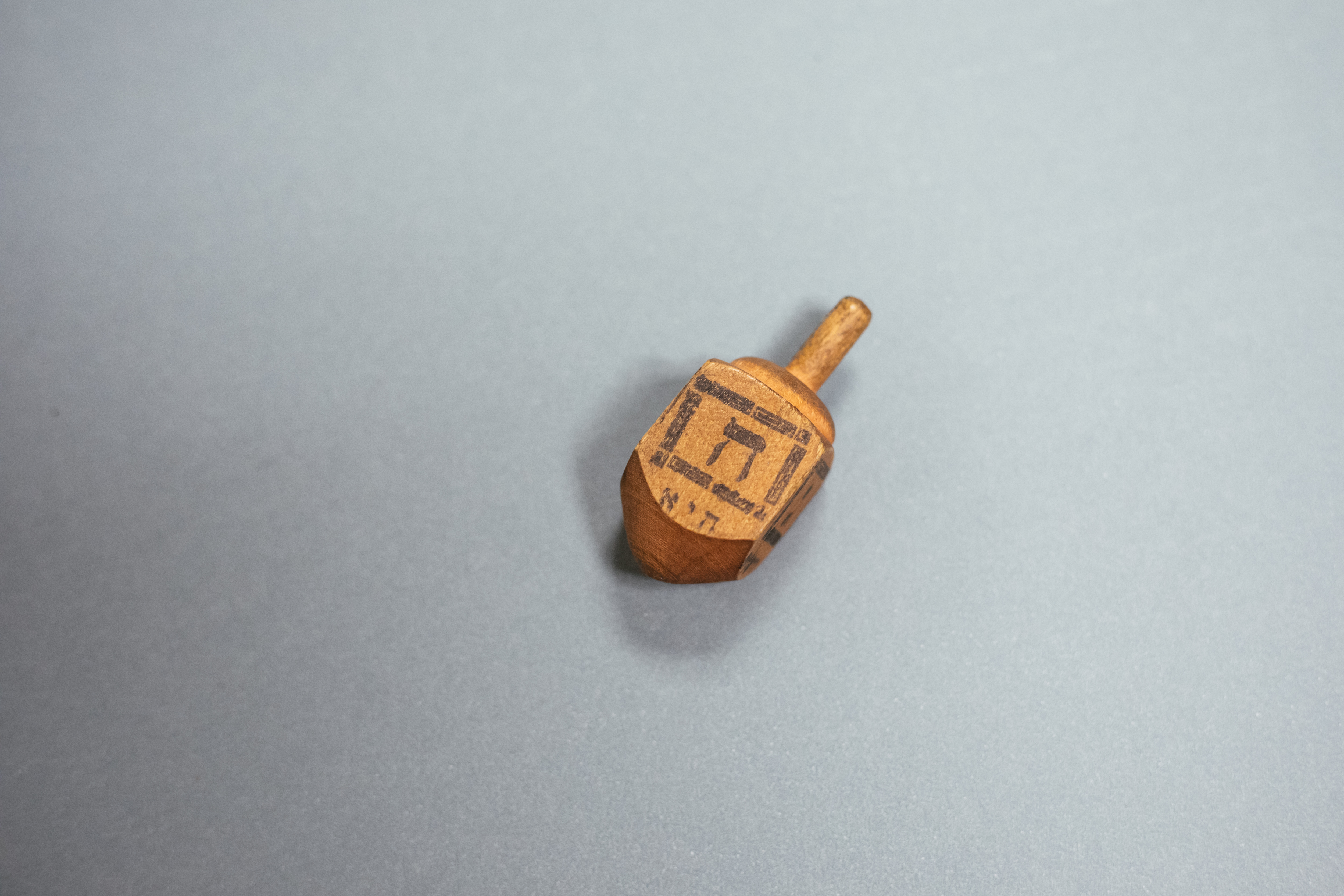 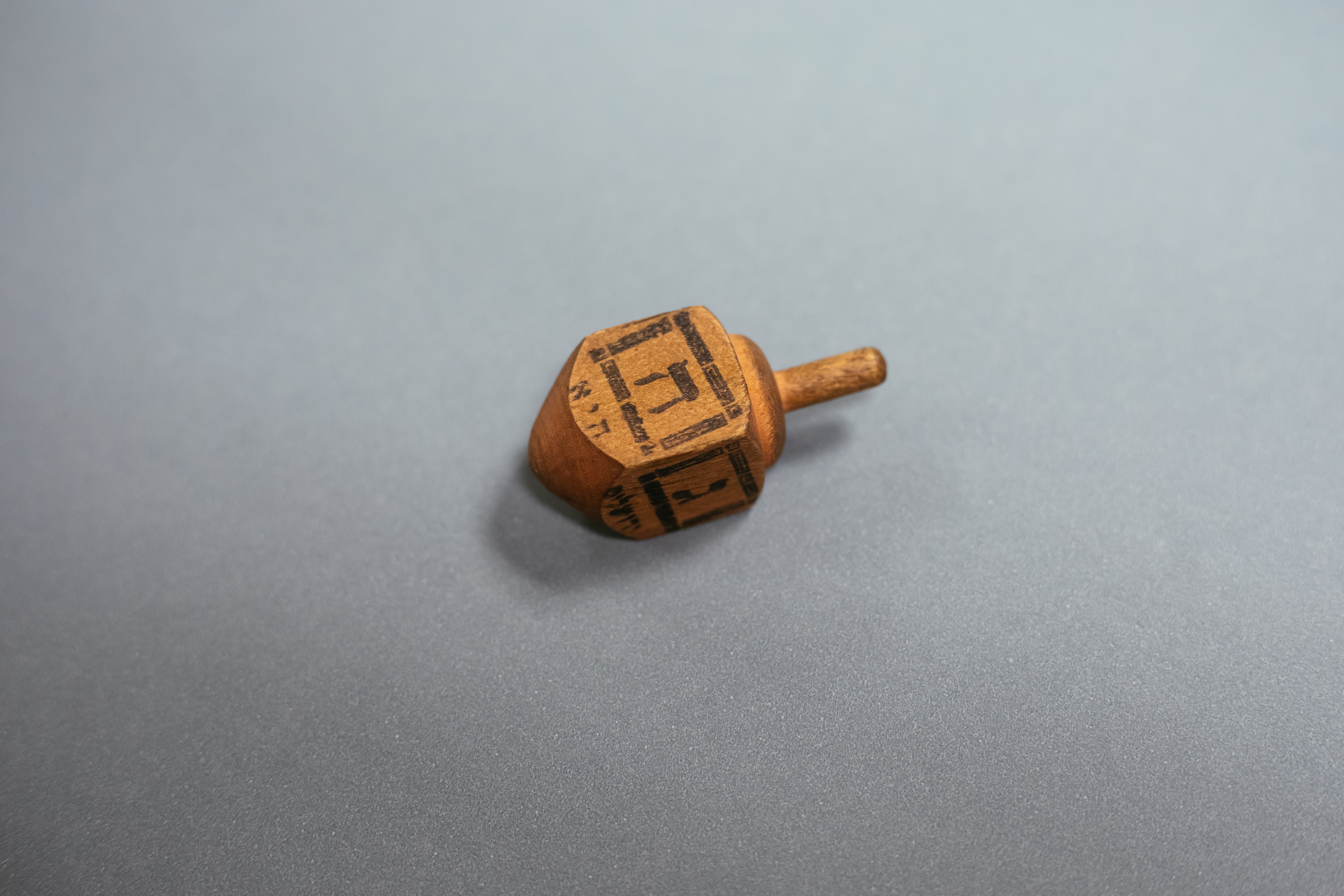 On each of the four sides of the "dreydl," a spinning top, is the first letter of a word in the Hebrew sentence "Nes Gadol Haya Sham" (A great miracle took place there) –  נ, ג, ה, ש . Each Hebrew letter is also the first letter of four Yiddish words: "Nisht" (nothing), "Gants" (everything), "Halb" (half), and “Shtel” (put). Winning or losing depends on the side your "dreydl" falls on. The object could be displayed in a showcase at the Resource Center.

Many Jewish families in Poland made their own "dreydls," whether by carving them from wood, as in this case, or by melting lead seals and pouring the molten lead into a carved wooden mold, which was tied together with a string. One person recalls that his grandfather would save the lead seals that came on parcels during the year. Just before Hanukkah he would melt the lead and make the “dreydls.”

This object is being looked after. We encourage you to look after other objects.