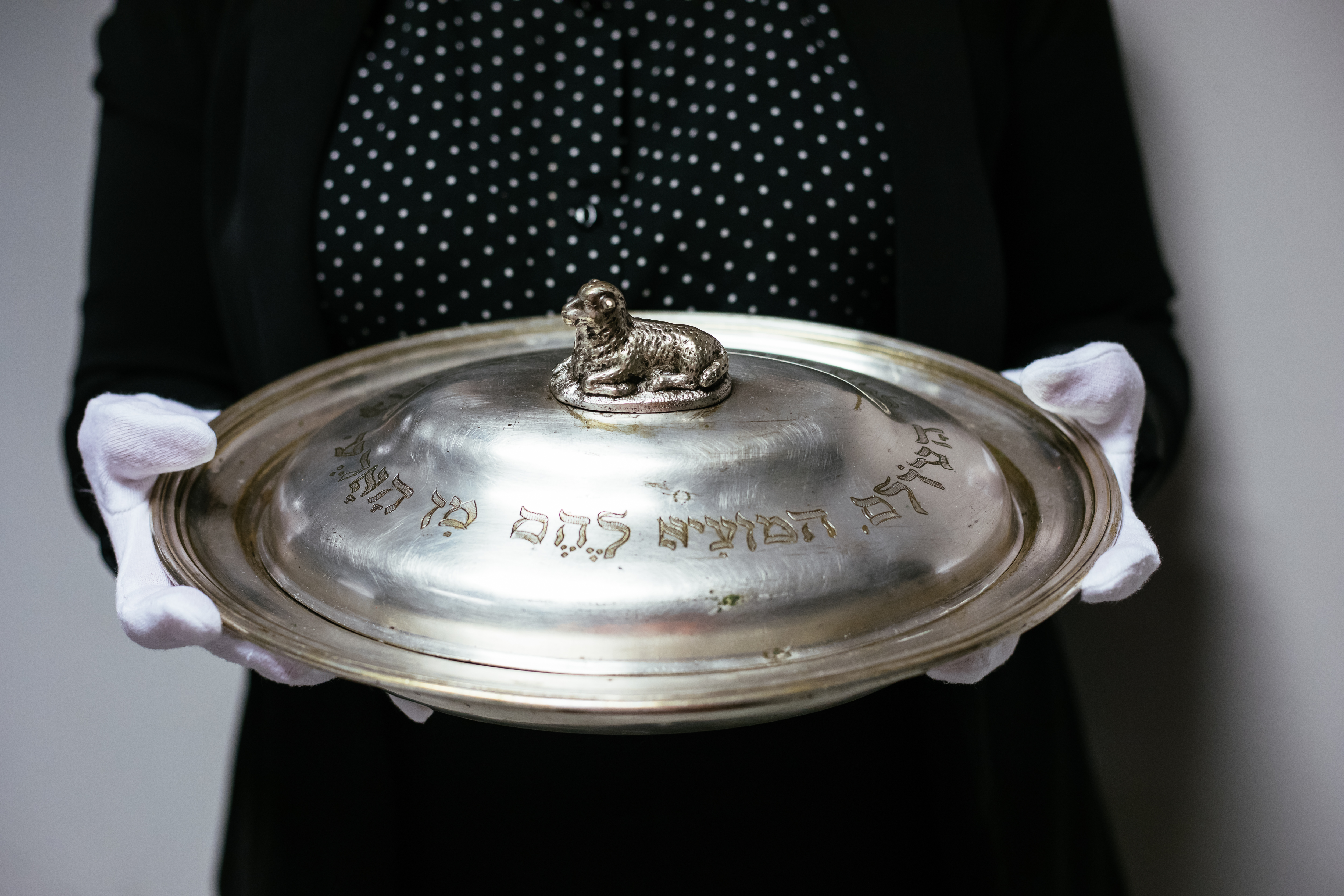 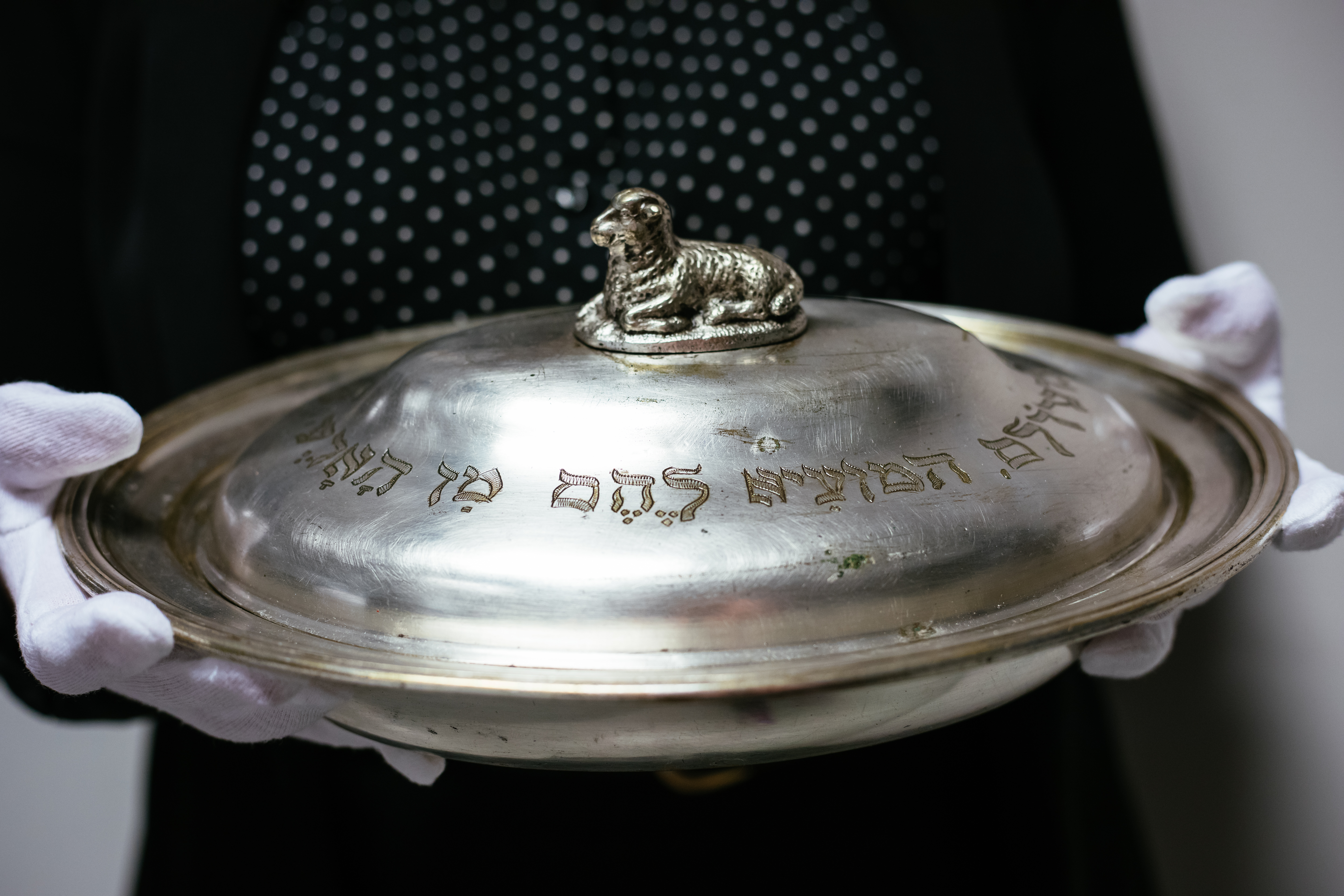 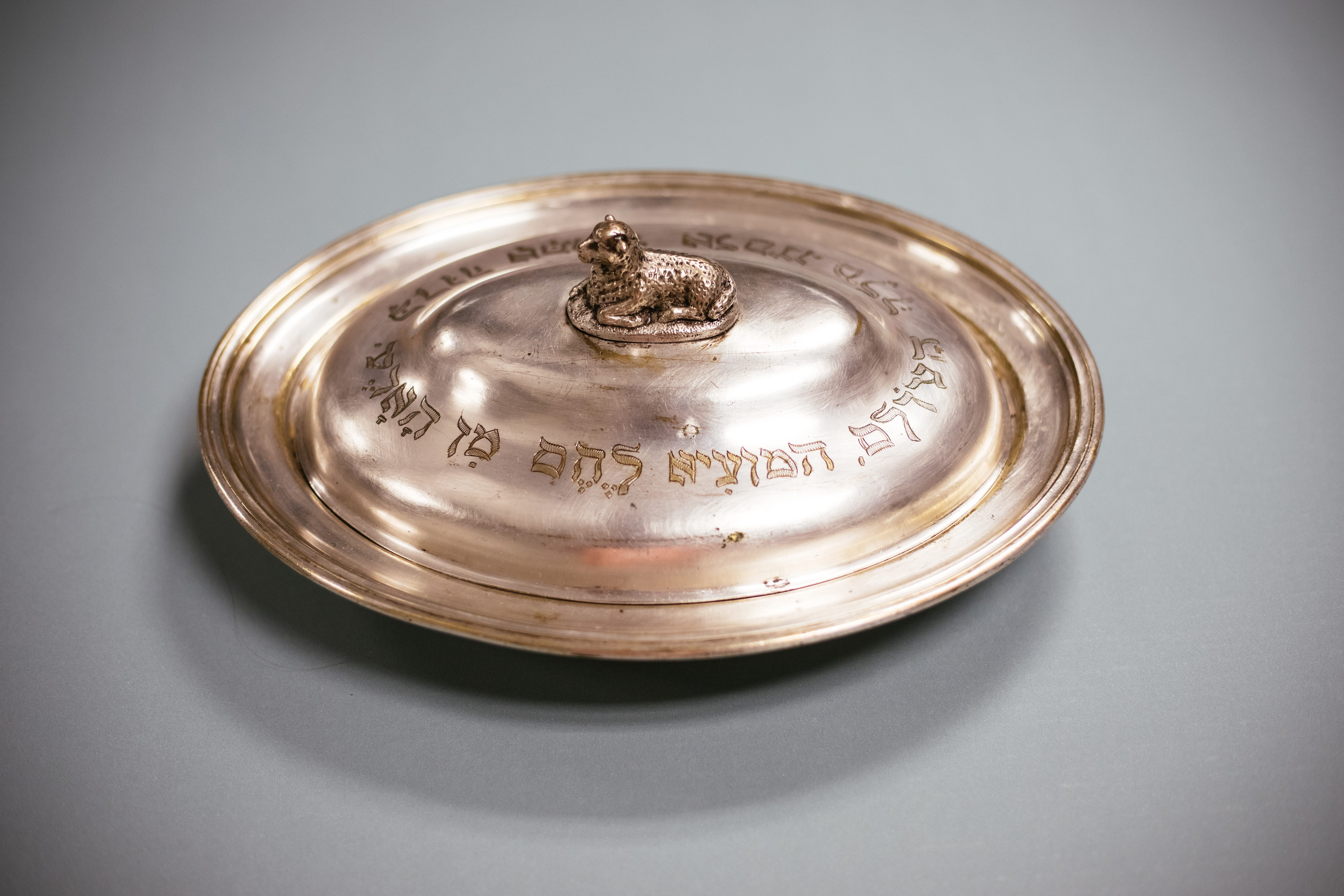 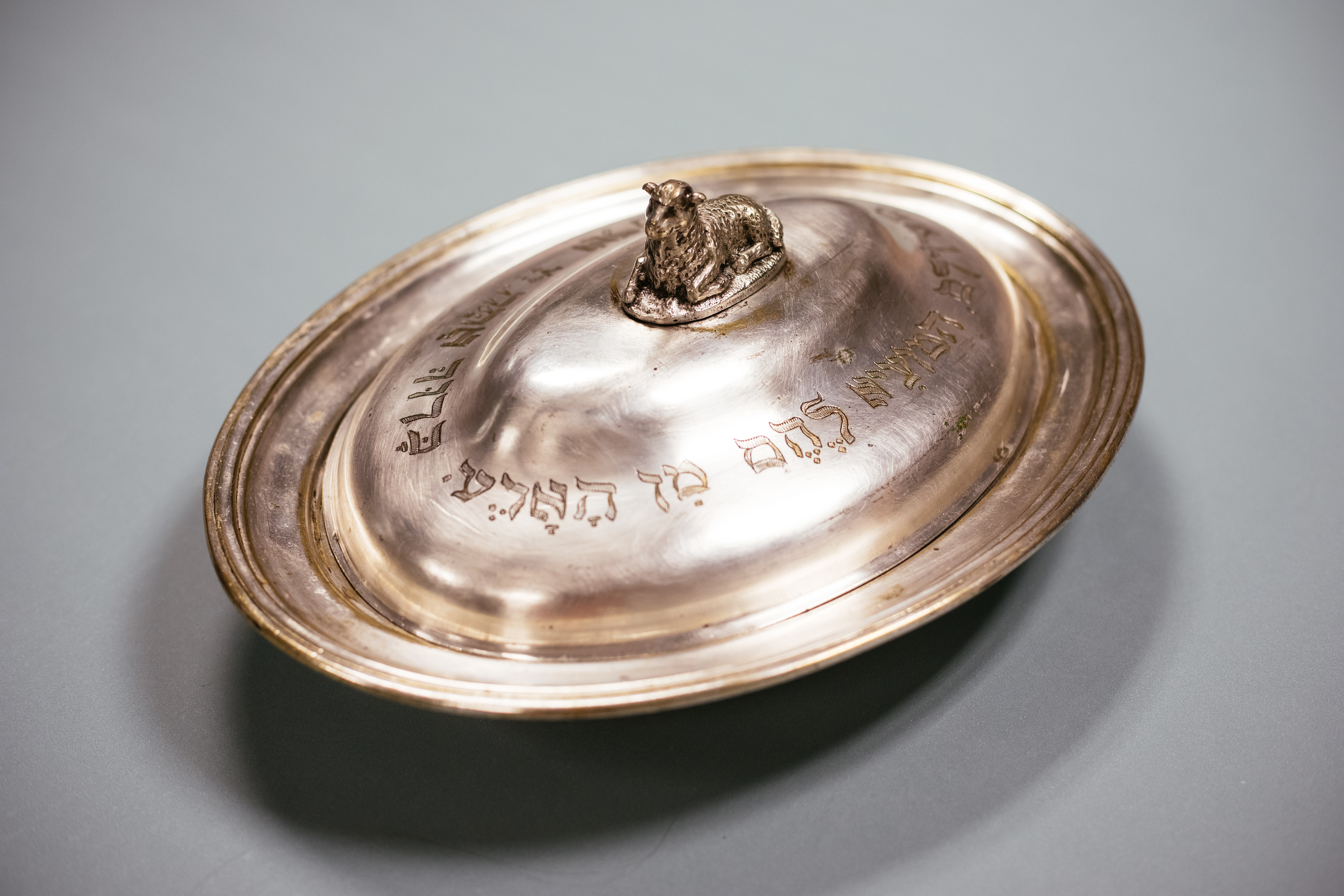 Engraved on the lid is the blessing recited in Hebrew before consuming bread.

This lidded platter was made by Fabryka Platerów Bracia Henneberg, which operated in Warsaw between 1857 and 1965. The brothers Juliusz and Wilhelm Henneberg, whose father was born in Germany, had worked in Józef Fraget's factory in Warsaw before establishing their own silver-plated cutlery and tableware factory with Michał Czajkowski in 1857. Henneberg and Fraget merged in 1965 to form HEFRA, which is still in operation.

It was common to adapt tableware for Jewish purposes, in this case by engraving the Hebrew blessing for bread on the lid. Given the lamb handle, this vessel may have been intended originally for meat, perhaps, lamb. Lidded silver sugar bowls were often repurposed for the citron (Heb.: “etrog”) for Sukkot, a harvest festival.

Bread plays an important role in Jewish religious life. To count as bread, the dough must be made from the five grains (wheat, barley, rye, spelt, or oat), with water as the main liquid, and baked. The presence of bread is what defines a meal according to Jewish religious tradition. Before partaking of a meal, one must rinse one’s hands and recite the blessing over the bread. Hallah, a festive bread made of wheat flour, is prepared in various shapes for the Sabbath and holidays. On the Sabbath and festival table, the hallah remains covered until after the blessing on wine is recited. The hallah cover, as well as the knife, cutting board, and serving tray, may be quite simple or beautifully decorated.

The object was embraced by Dariusz Nalepa.