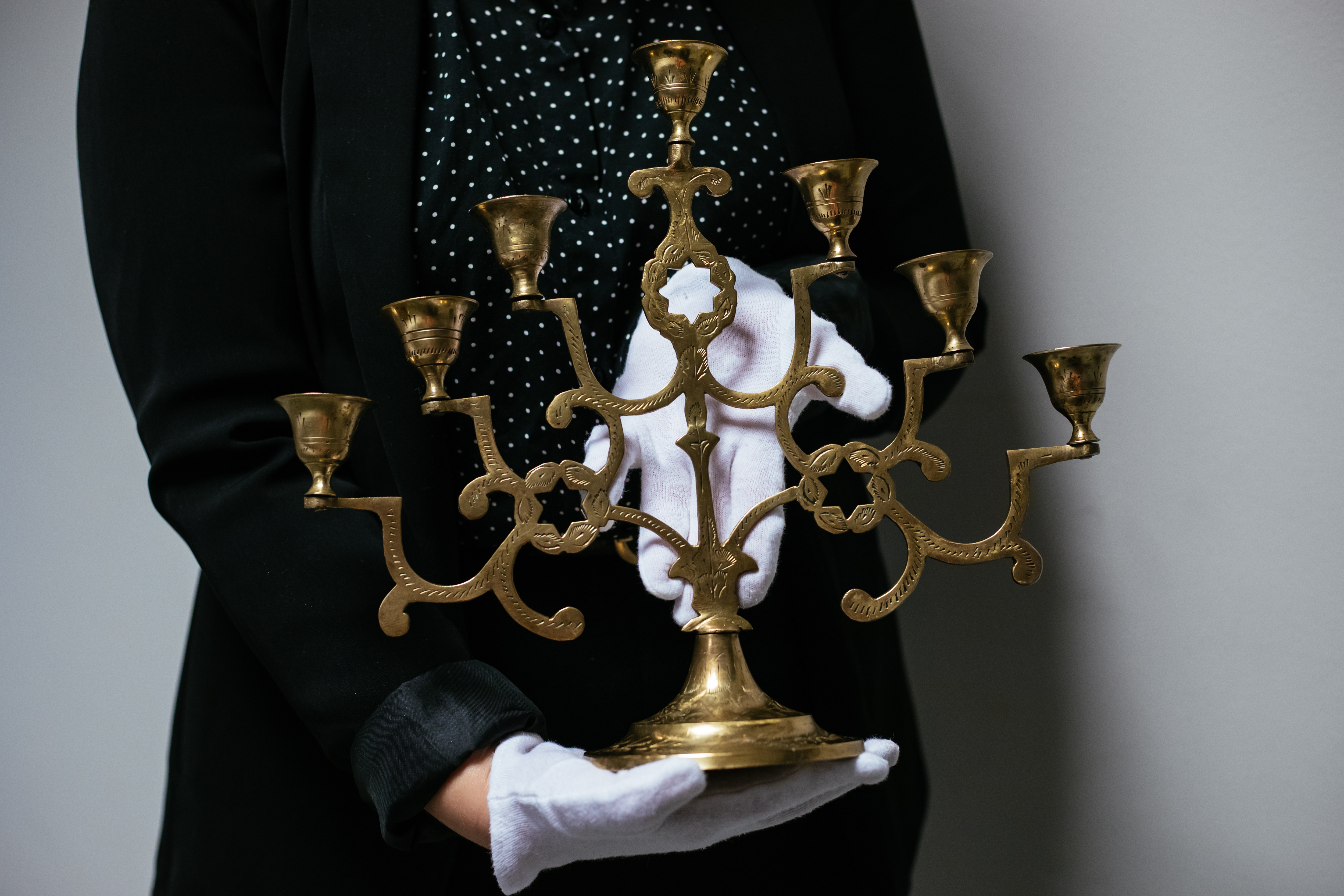 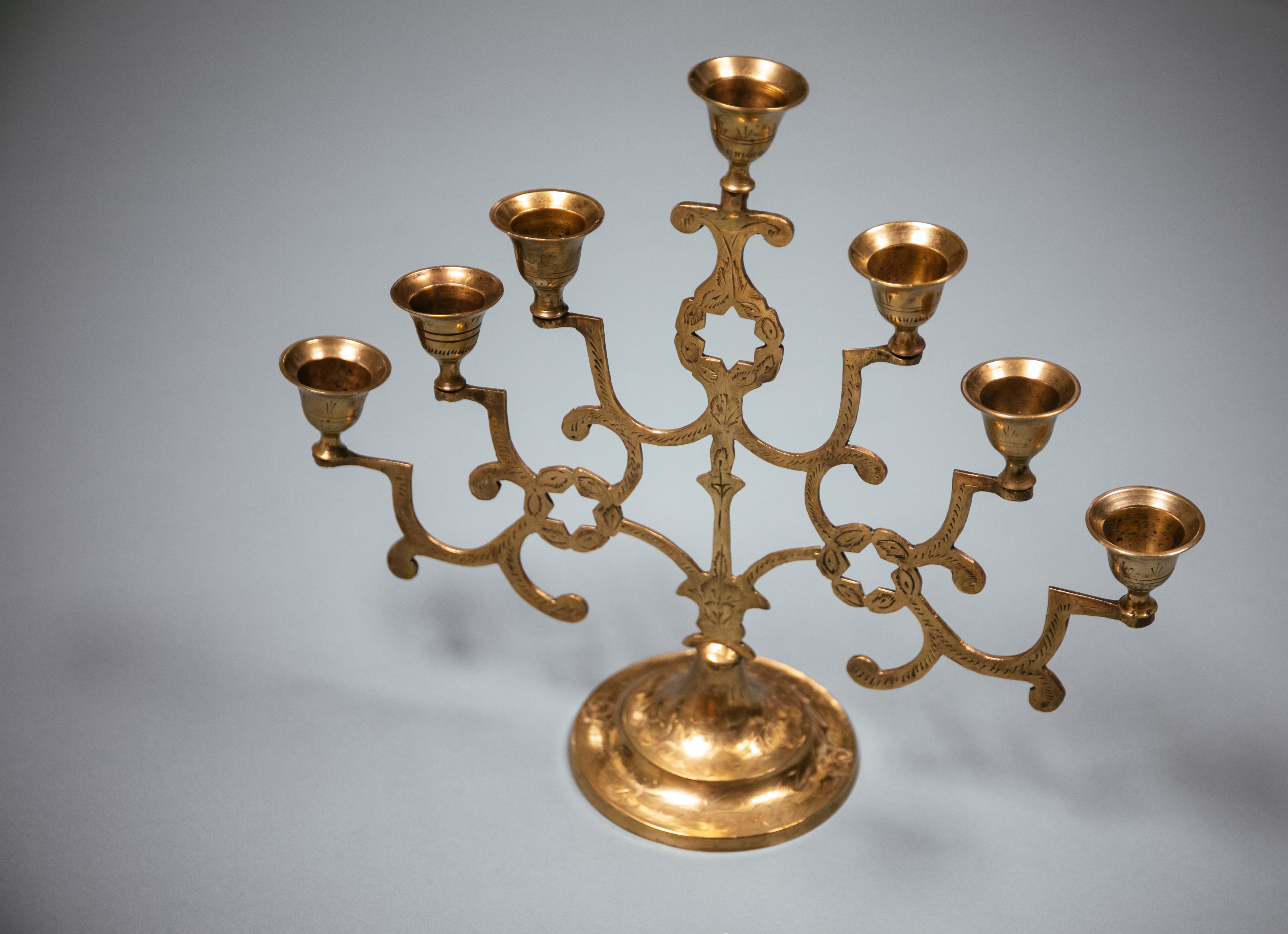 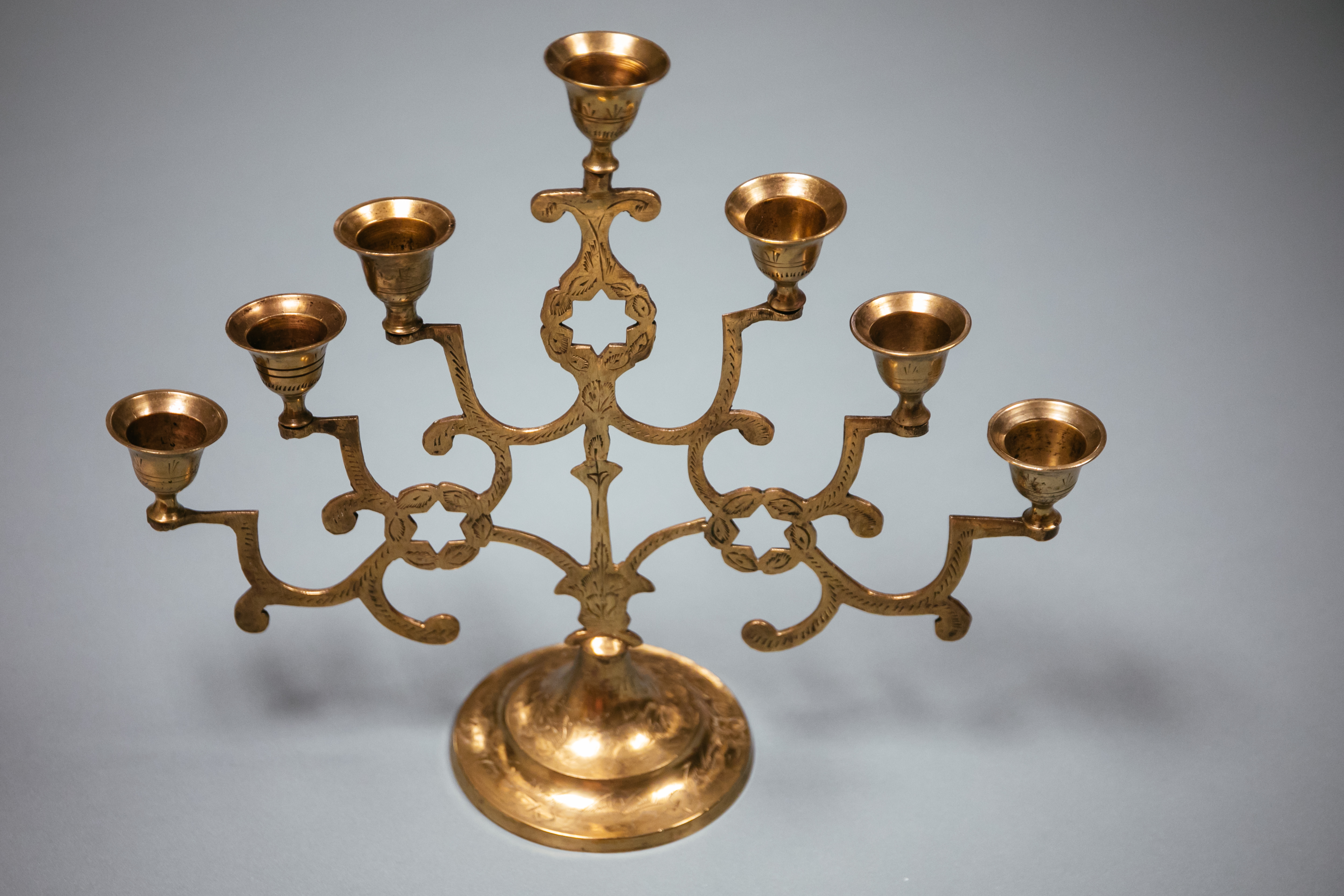 This seven-branch brass candelabrum would have been used on the Sabbath. It is modeled on the menorah, the seven-branch oil lamp that Judah Maccabee placed in the Jerusalem Temple after it had been desecrated by Antiochus in 163 BCE.

Sabbath candelabra may have any number of arms, as few as two to three, or as many as seven or nine, although Sabbath candles are often simply placed in two or more candle sticks. In contrast, the Hanukkah lamp always has eight places for oil or candles and does not necessarily take the form of a branched candelabrum, although that form is popular. The object can not be displayed in a showcase at the Resource Center.

The object was embraced by Katarzyna Markusz in memory of the Jewish community of Sokołów Podlaski.

We encourage you to look after other items.