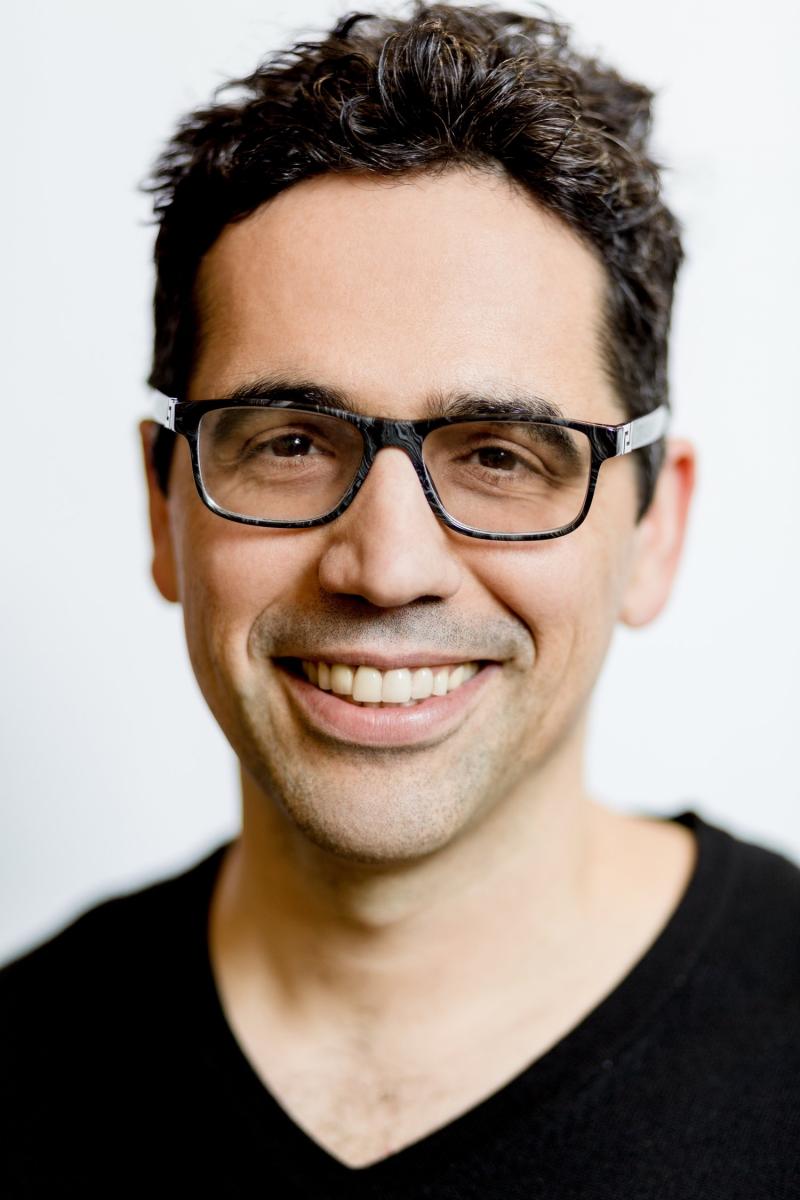 A native of Israel now living in the United States, Dorman draws on a variety of cultural and historical influences in composing, resulting in music that affects an emotional impact while exploring new territories. His works utilize an exciting and complex rhythmic vocabulary, as well as unique timbres and colors in orchestral, chamber, and solo settings. The world’s finest orchestras, conductors, and soloists perform Dorman’s music and many of his compositions have become contemporary staples in the repertoire. Dorman’s music is championed by conductors such as Zubin Mehta, Ricardo Chailly and Andris Nelsons, and by soloists Gil Shaham, Martin Grubinger and Hilary Hahn. Along with Nigunim, Dorman’s 2018-19 season featured several other exciting premieres, including Eternal Rhythm, a new percussion concerto for Simone Rubino and the NDR Elbphilharmonie Orchester, and a new violin concerto for Sayaka Shoji.

Dorman's music has garnered numerous awards and prizes. Most recently, Dorman won the 2018 Azrieli Prize for Jewish Music, and his debut opera, Wahnfried, was named a finalist in the category of World Premiere at the International Opera Awards. At the age of 25, Dorman became the youngest composer to win Israel's prestigious Prime Minister's Award for his Ellef Symphony. He since has earned several international awards from ASCAP, ACUM and the Asian Composers League.

Dorman is an active conductor. He is currently music director of CityMusic Cleveland Chamber Orchestra. He holds a doctorate in composition from Juilliard and serves as Associate Professor of Music Theory and Composition at the Sunderman Conservatory of Music at Gettysburg College.

Dorman’s Nigunim (Third Violin Sonata) was premiered in New York in 2011 by Gil and Orli Shaham, for whom it was written. In 2014, the composer orchestrated the piano part, and in 2017 heavily revised it, in which form Nigunim won the 2018 Azrieli Prize for Jewish Music. “I tried to bring more of the folk elements and rhythmic variety to the fore through orchestral colors,” says Dorman, “often by using instruments in unusual ranges and with unorthodox performance techniques. I think the biggest challenge was to preserve the role of the original piano part without overwhelming the violin and maintaining a balance that makes the piece sound like a genuine concerto.”

Nigunim (plural of nigun, also spelled niggun) are a type of Jewish religious song, largely improvisatory in nature, and often incorporating repetitive sounds such as “bam-bam-bam” or “doi-doi-doi.” In tone they may be mournful and devotional, or joyous and triumphant. Dr. James Loeffler, on the web site myjewishlearning.com, notes that nigunim are “often described as mystical musical prayers or a spiritual language beyond words. They are songs formed of multiple melodic phrases, typically sung without instrumental accompaniment and without words,” and are “performed in a distinctive expressive vocal style with dramatic inflections similar to cantorial music referred to by the Yiddish words krekhts (literally moan, sigh, or sob) and kneytsh (pinch).

Dorman writes that in preparing to compose Nigunim, “I decided to explore the music of various Jewish traditions from different parts of the world and how they relate to larger local musical traditions. To my surprise, I found that there are some common musical elements to North African Jewish cantillations, Central Asian Jewish wedding songs, Klezmer music and Ashkenazy prayers. Though I did not use any existing Jewish melodies for Nigunim, the main modes and melodic gestures of the piece are drawn from these common elements. Moreover, different sections of the piece draw upon local non-Jewish musical traditions of each of these regions. For example, the second movement uses principles found in Georgian folk rhythms and harmonies and the fourth is inspired by Macedonian dances.”

European premieres of works by Avner Dorman and Kelly-Marie Murphy