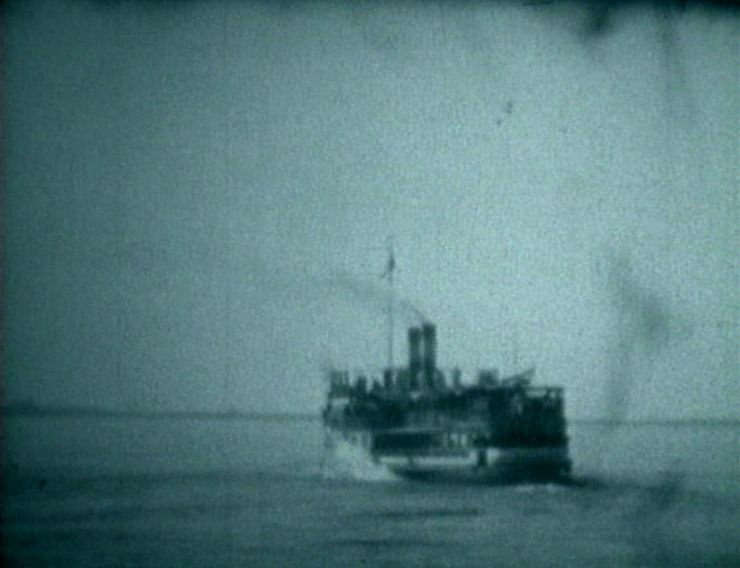 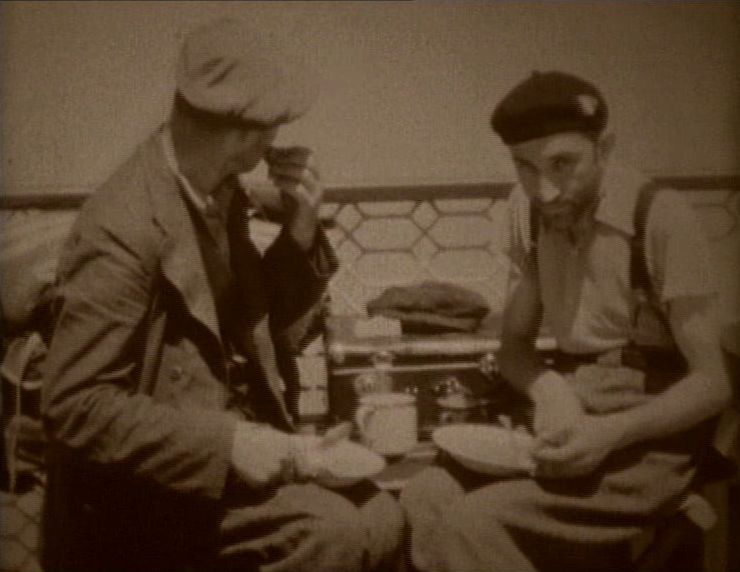 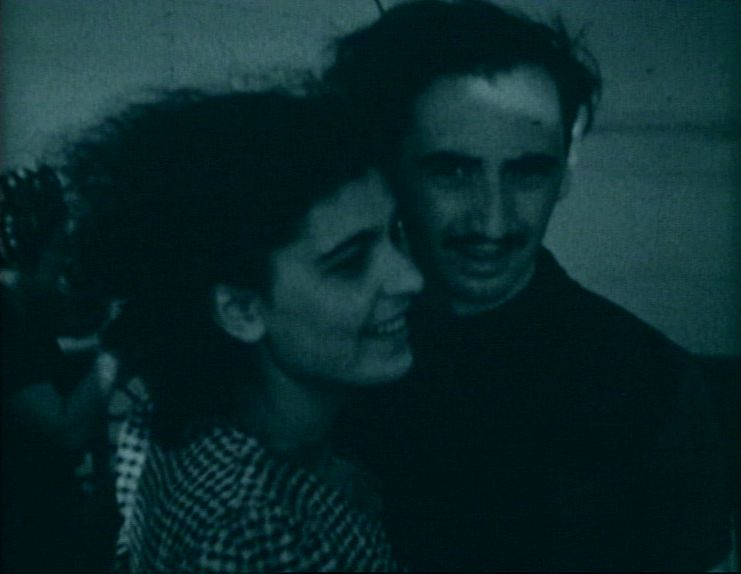 The historian/archivist thanks to whom the film was made was a captain on a Danube ship who did not sus-pend his cruises during the war. Two of his voyages, carefully selected, have been juxtaposed by Forgács to create an image that brings out the extraordinary paradoxes of history. On the first voyage, the Hungarian captain carried Jews escaping by way of the Black Sea to Palestine. His passengers danced and rejoiced, since they had just barely escaped death. The purpose of the second voyage was to transport Germans who were being forcefully resettled from Bessarabia to the Reich. In the future, they were to settle in Poland. During the voyage, they are shown mourning the homes they have been forced to leave.