How to make a museum? 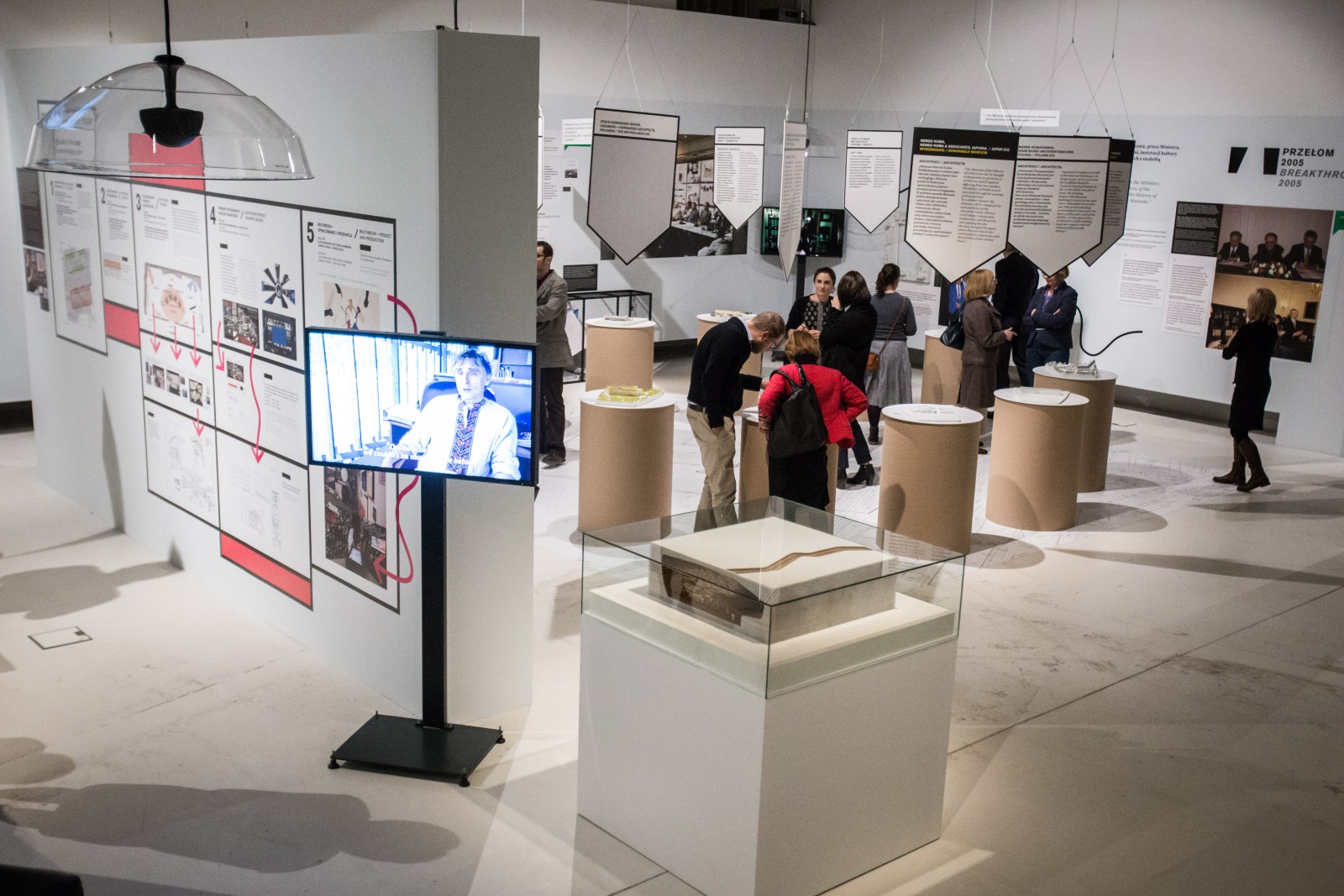 Follow the creation of POLIN Museum from an idea in 1993, just four years after the fall of communism, to its realization in 2014, more than twenty years later.

The POLIN Museum was created from the inside out. Before there was a museum, before there was a building, there was a plan for a grand exhibition worthy of the 1000-year history of Polish Jews that it would bring to life. During the two decades of preparation, there were many changes in Polish society. POLIN Museum is itself a symbol of those changes – it exemplifies the “new Poland” arising from the political transformations, restoration of historical memory, and emergence of civil society since the fall of communism.

In 2005, the Association of the Jewish Historical Institute of Poland, which initiated the project, joined with the Ministry of Culture and National Heritage and the City of Warsaw to found POLIN Museum, the first cultural institution in Poland to be established as a public-private partnership.  POLIN Museum’s building is the result of the first successful international architectural competition for a public building in Poland. It perfectly expresses the mission of POLIN Museum and the role of museums and their architecture in urban space, collective memory, and public debate.

How to make a museum? took visitors behind the scenes of the inside story of this massive project. What is the story the Museum should tell? How should the Museum tell that story? Who is the Museum for? Answers to these questions were the starting point of a long process – gathering support in Poland and abroad, raising funds, organizing an international architectural competition, preparing the core exhibition, and developing the educational and cultural program.

“Pulled from the desk drawer” was comprimised of documents, letters, official correspondence, and leaflets. There were films and scale models, drawings and visualizations, official photographs of important events, and snapshots of the team at work. These materials reveaedl the dilemmas and debates, decisions and choices that the creators had to address at each stage. With this, visitors followed the evolution of the exhibition.

Visitors could decide for themselves which of the 11 finalists of the architectural competition should have won – and then hear from the winner, Rainer Mahlamäki, who appeared on camera. Which of the many names and logos for the museum would you have chosen? Finally, visitors met those who played important roles in creating the museum – they appeared in seven short films made for the exhibition.