Tobaron Waxman's residency within the Thinking Through the Museum project 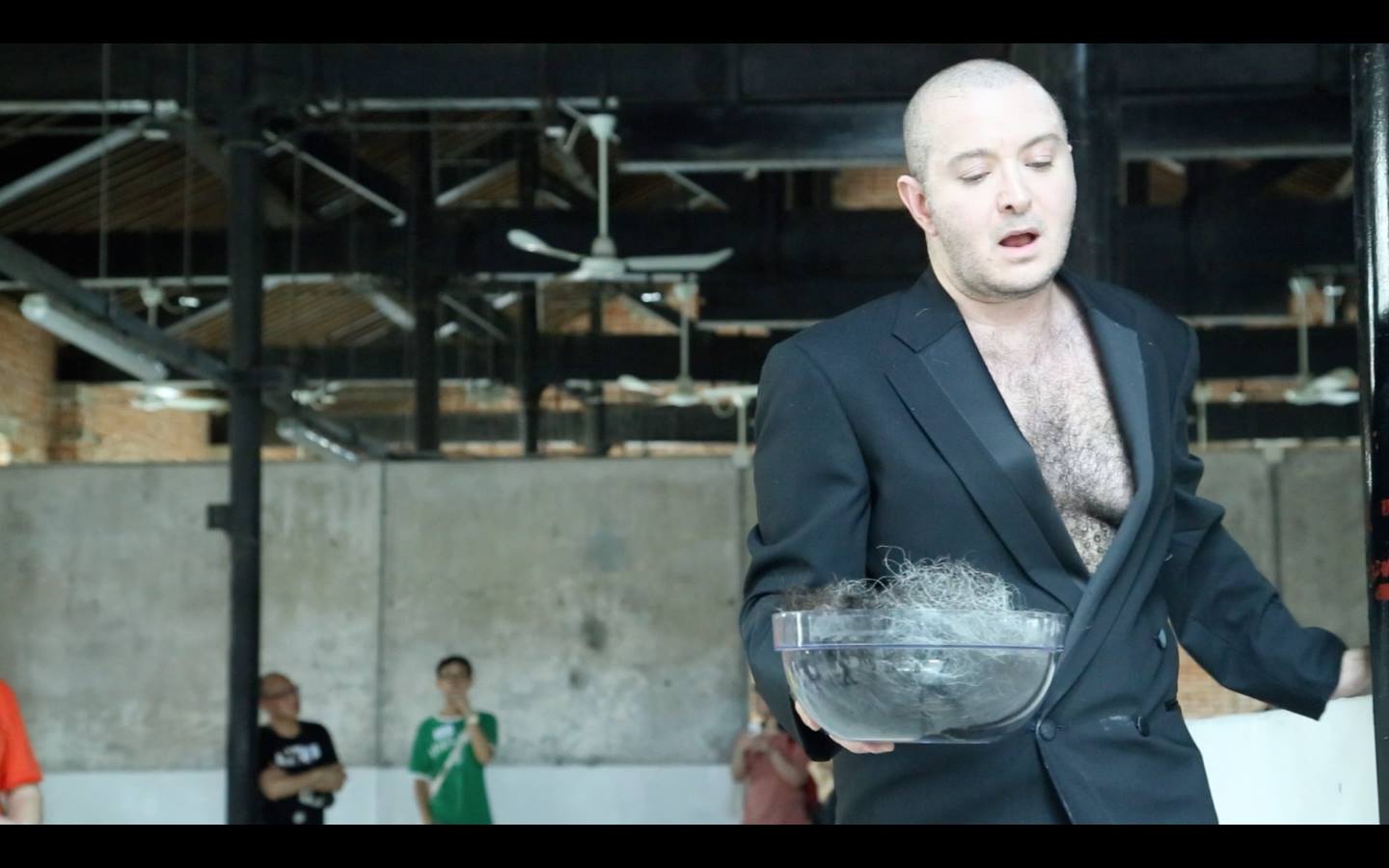 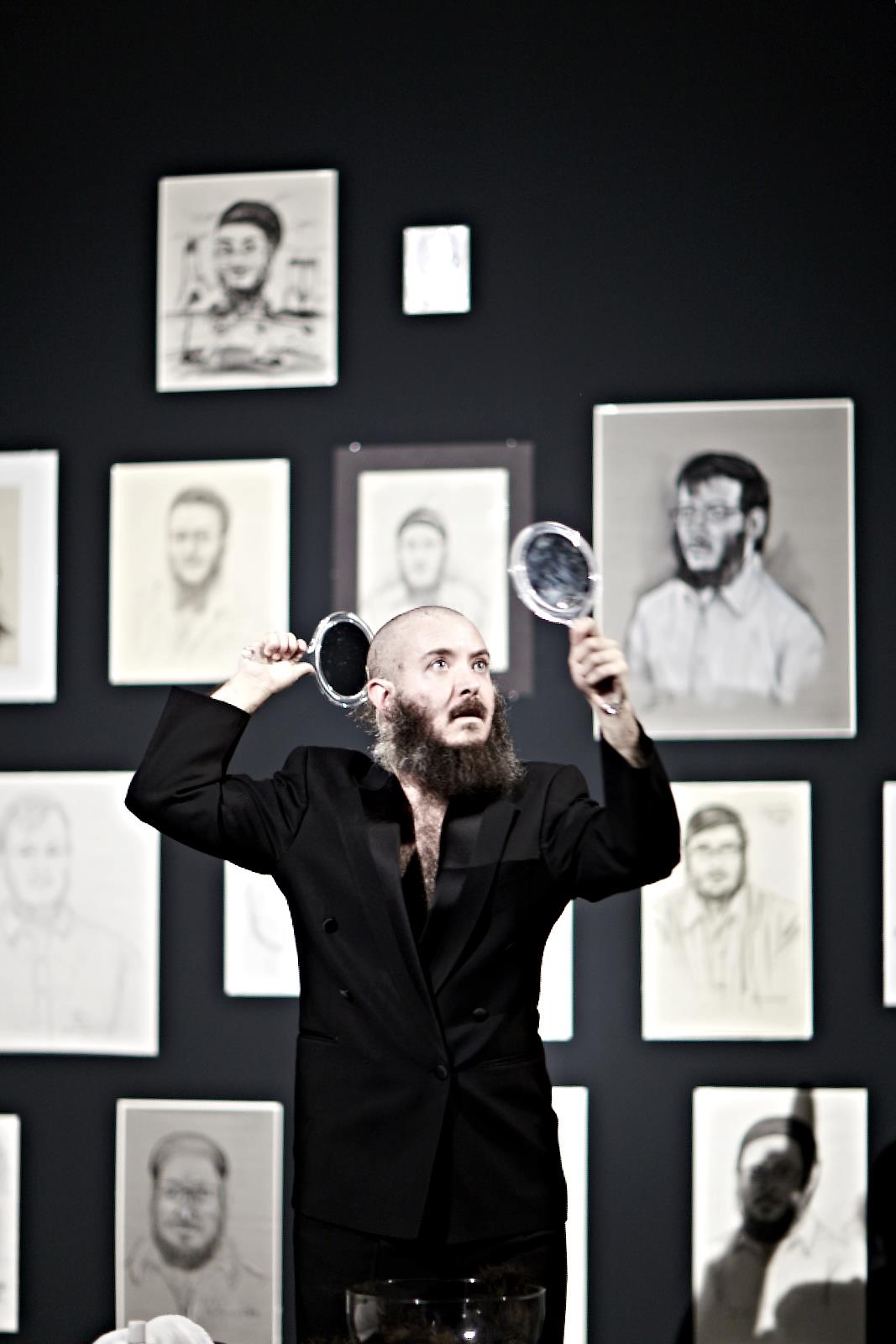 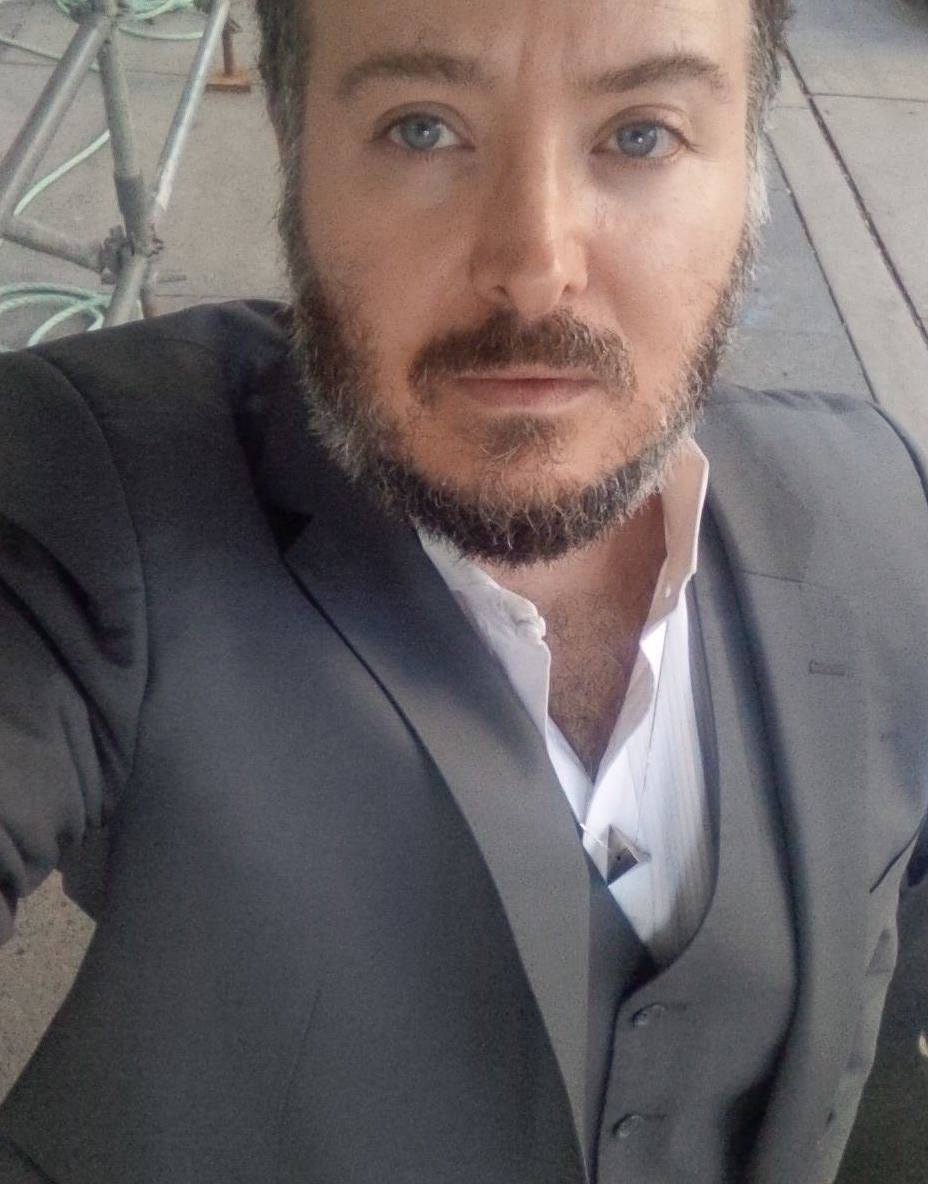 Tobaron Waxman is the inaugural Artist in Residence as part of "Thinking Through the Museum: A Partnership Approach to Curating Difficult Knowledge in Public" (TTTM).

In Krakow, during FestivALT (24 June – 3 July), Tobaron Waxman invited the public to visit and participate in their laboratory at Żydowskie Stowarzyszenie Czulent, to take part in the creative process of generating the Gender Diasporist project, including choreographic work and making natural inks from locally foraged minerals and plants. Waxman also joined the Long Table event – a facilitated dialogue where the audience was welcomed to become participants, organized by FestivALT together with the The Signs of Equality Federation (Federacja Znaki Równości). With guests from fields including history, art, law, and culture, the public was invited to take a seat at the Long Table and unpack Polish gender confirmation law from multiple angles.

Tobaron Waxman’s "Gender Diasporist" is an interdisciplinary project which outlines the absurdity of the oppressive gender laws and unpacks the relationship of the state to the gendered body. Through "Gender Diasporist", Waxman makes both a decolonial gesture, a refusal of the ‘right of return’ and an act of solidarity with feminists and LGBTQ+ allies and activists in Poland.

Waxman will present excerpts of their project "Gender Diasporist"; examining ways in which the state determines the parameters of our bodies, focussing on the local example of Polish ‘gender confirmation’ law. As a live art intervention, Waxman applied for Polish citizenship as an out trans person of Polish-Jewish heritage.

In Poland, in order to legally confirm one’s gender identity, a trans person is required to sue their parents and go through a complex and costly judicial process. In this way, the state can refuse the idea that gender exists on a spectrum, and can refuse the existence of trans and nonbinary people in general. Rather, the parents are seen as having made a mistake, and through their culpability, the gender binary can be reinforced whatever the outcome of the case, while the state denies body sovereignty.

Using what Waxman calls ‘transsexual knowledge’ to interrogate how borders and concepts of citizenship make moral and ethical claims on our bodies, "Gender Diasporist" incorporates documentation of Waxman’s legal process of application for Polish citizenship, in combination with photography, video, choreography and vocal performance. Waxman’s archival research this residency engages historical botany and environmental memory to create natural inks from locally foraged minerals and plants. Waxman considers these site-specific inks "ephemeral potencies". Using the archive of their family immigration documents, Gender Diasporist traces the escape trajectory of Waxman’s mother, and other relatives, while developing new relationships to the Poland of the present.

Tobaron Waxman – is an interdisciplinary artist and curator who sings. Waxman is the inaugural Artist in Residence as part of "Thinking Through the Museum: A Partnership Approach to Curating Difficult Knowledge in Public" (TTTM).

Tobaron Waxman articulate a Jewish image vocabulary to grapple with questions of gender, nation and the state, as well as with questions of Semitic identity, migrancy and houselessness, solidarity with Palestine, and issues of border and embodiment, such as gender and racial passing.

In 2013, Waxman founded The Intergenerational LGBT Artist Residency, and since 2017 Waxman have led the Trans Collections at The ArQuives, the largest independent LGBTQ+ archive in the world. Waxman were bestowed fellowships at Van Lier, NYC; Akademie der Kunst der Welt, Köln; Kulturlabor ICI Berlin Institute of Cultural Inquiry, Franklin Furnace Performance Art Award, and in 2009 the inaugural Audience Award of Jewish Museum of New York for their endurance performance "Opshernish".

"Thinking Through the Museum: A Partnership Approach to Curating Difficult Knowledge in Public" project is bringing together museum practitioners, academic researchers, curators, artists and community members to seek new terms of engagement for learning from histories of violence and conflict.

The TTTM artist residency is the result of the cooperation of three institutions: The POLIN Museum of the History of Polish Jews, the Powszechny Theater of Warsaw and FestivALT Association in Krakow. During the residency, Tobaron Waxman will divide their time between Warsaw and Krakow, taking part in numerous cultural events.