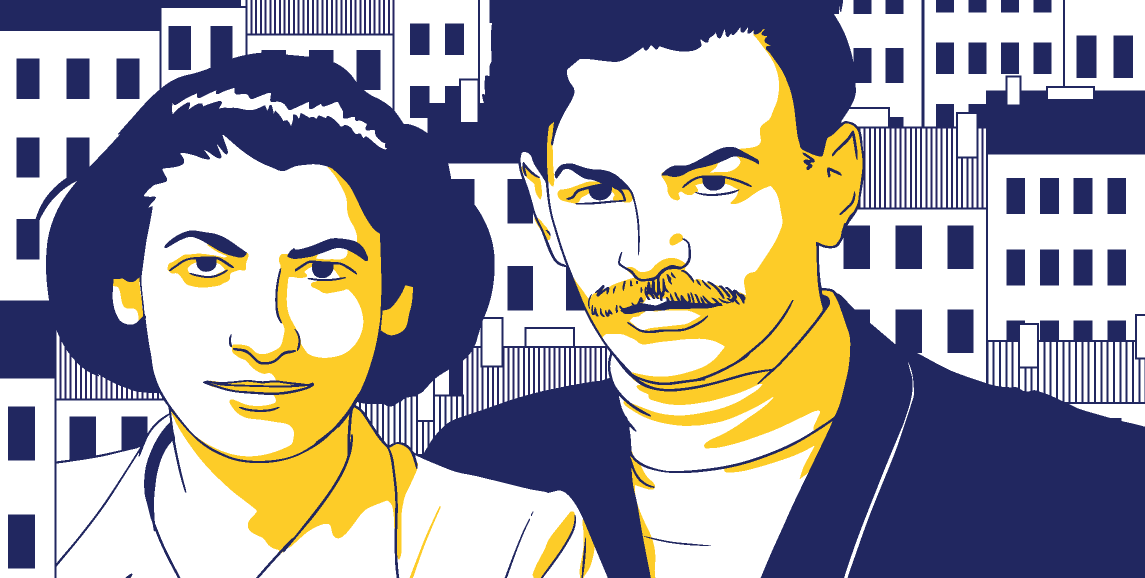 On the 79th anniversary of the outbreak of the Warsaw Ghetto Uprising, we will meet Eyal Menashes Zuckerman, granddaughter of Tsivia Lubetkin and Yitzhak Zuckerman, who will reminisce about her grandparents and their history that functioned in her family regarding the time of war and in the postwar period. We will also talk about the significance and impact their legacy exerted on the life of the granddaughter.

Tsivia Lubetkin “Celina” and Yitzhak Zuckerman “Antek” were Zionist activists, prime movers behind the Anti-Fascist Bloc and the Jewish Combat Organisation. Just before the Uprising broke out, Yitzhak acted as a liaison between the JCO and the Home Army on the so-called “Aryan side.” Tsivia fought in the Uprising—she spent its last days in the bunker at 18 Miła Street. On 10 May, together with a group of fighters, she reached Prosta St through the sewers.

The couple also fought in the Warsaw Uprising, and after the liberation of Warsaw, from January 1945, they rebuilt the Zionist movement among the survivors. They became members of the Presidium of the Central Committee of Jews in Poland, and in 1949 they founded kibutz lohamei ha-getaot [Kibbutz of the Ghetto Fighters] in the Galilee and the Yitzhak Katzenelson Museum of Ghetto Fighters where commemorative events to mark successive anniversaries of the outbreak of the Warsaw Ghetto Uprising were held every year on 19 April. In 1961, they were witnesses at the trial of Adolf Eichmann.

We encourage you to participate in the 10th anniversary edition of the Daffodils Social-Educational Campaign or Warsaw Ghetto Uprising Campaign.

Commemorate the 79th anniversary of the outbreak of the Warsaw Ghetto Uprising.

What is the Warsaw Ghetto Uprising Campaign?

Learn why daffodils are the symbol of the Warsaw Ghetto Uprising Campaign. Download daffodil pattern, watch a tutorial how to fold it.