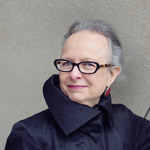 Barbara Kirshenblatt-Gimblett - Chief Curator of the Core Exhibition at POLIN Museum and University Professor Emerita and Professor Emerita of Performance Studies at New York University. Her books include Destination Culture: Tourism, Museums, and Heritage; Image before My Eyes: A Photographic History of Jewish Life in Poland, 1864–1939 (with Lucjan Dobroszycki); and They Called Me Mayer July: Painted Memories of a Jewish Childhood in Poland Before the Holocaust (with Mayer Kirshenblatt). She received the Officer’s Cross of the Order of Merit of the Republic of Poland and was elected to the American Academy of Arts and Sciences.
She currently serves on Advisory Boards for Jewish museums in Vienna, Berlin, and Moscow. 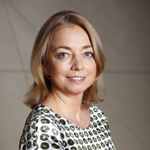 Joanna Fikus - Head of the Exhibitions Department  at Polin Museum. Graduate of the Department of Ethnology and Cultural Anthropology at the University of Warsaw and Collegium Civitas in Warsaw, Joanna cooperated with TVP Polish Television and the Documentary and Feature Film Studios (WFDiF) in Warsaw in production of feature and documentary films. In the years 2002–2007, she worked for Centropa on an oral history research project dedicated to the 20th-century history of European Jews.

Joanna has been associated with POLIN Museum since 2007. In the years 2007–2014 she was a project coordinator, heading the team working on the POLIN core exhibition, responsible for organising research, design and implementation works. In 2015 she was appointed Head of the Exhibitions Department, responsible for functioning and development of the core exhibition and productionof temporary exhibitions.

Katarzyna Tomczak-Wysocka - Production Curator at Polin Museum, art historian, exhibition producer and project coordinator, film editor in spe with interest in montage and color corrections.
Graduate of Lodz University and soon of, Warsaw Film School. In the years 2013–2016 connected with Center for Contemporary Art Ujazdowski Castle, responsible for organizing over 30 exhibitions within the Bank Pekao Project Room, addressed to young artists. Co-founder of the RUND Gallery which deals with art education for children and seniors. 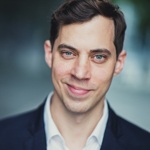 Eric Bednarski - Born in Canada, Warsaw based writer/director Eric Bednarski  studied history and filmmaking in North America and Europe.
His documentary film work with the National Film Board of  Canada has garnered him a Gemini Award and a Writers Guild  of Canada Award nomination, and he was awarded the  Decoration of Honour “Meritorious for Polish Culture” by  the Polish Ministry of Culture and National Heritage in  2015. Bednarski’s films have been broadcast across the  world and have also screened at international festivals, at  the United Nations, the European Parliament and the State  Museum of Auschwitz-Birkenau. 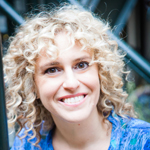 Rebecca Guber - Director and Founder of Asylum Arts, previously the Founding Director of the Six Points Fellowship for Emerging Jewish Artists. Over the past 15 years, she has built an international community of artists exploring Jewish ideas and identity through grants and fellowship commissions for new work, international retreats, and professional development – under her leadership, Asylum Arts and the Six Points Fellowship have been the most significant direct supporters of the next generation of Jewish artists.

Aviva Weintraub - Aviva Weintraub is Associate Curator at The Jewish Museum and Director of the New York Jewish Film Festival, which is co-presented by the Jewish Museum and Film Society of Lincoln Center. At The Jewish Museum, she has served as curator for numerous film and video installations, including Yael Bartana’s Entartete Kunst Lebt (Degenerate Art Lives, 2018-19); Chantal Akerman’s NOW (2018), Maya Zack: Living Room (2011), Jem Cohen: NYC Weights and Measures (2011-12), and the ongoing Television and Beyond series.

She has also coordinated the New York presentations of exhibitions, including Sharon Lockhart | Noa Eshkol (2012-13), They Called Me Mayer July: Painted Memories of a Jewish Childhood in Poland Before the Holocaust with Barbara Kirshenblatt-Gimblett (2009); and  Isaac Bashevis Singer and the Lower East Side: Photographs by Bruce Davidson (2007-08).
She holds an MA in Yiddish Studies from Columbia University. She was a member of the Working Group on Jews, Media and Religion at the Center for Religion and Media (New York University, 2003-08) and was on the jury for the Adi Prize for Jewish Expression in Art and Design (Jerusalem, 2009-10). She has published and spoken on Yiddish and Jewish culture, film, photography, and performance. 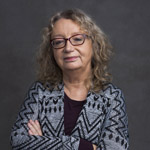 Maria Zmarz-Koczanowicz - Film director and scriptwriter. One of the most prolific Polish documentary filmmakers who has made nearly 50 films. She graduated from the Academy of Fine Arts in Wroclaw (Painting) and the Radio and TV Department of the University of Silesia in Katowice. Her films have been screened at numerous international festivals winning many awards ("The Office", 1986, awarded with the Golden Dragon and the Golden Hobby Horse in Cracow and winning the Grand Prix at Cinéma du Réel. The documentary "I love Poland" has been awarded Best Documentary  at Wiesbaden Film Festival Go East in 2009). She is also a professor at The Polish National Film, Television and Theatre School in Lodz at the Directing Department.
In 2013 she was awarded the Knight's Cross of the Order of Polonia Restituta for outstanding achievement in researching, documenting and preserving the history of March '68. 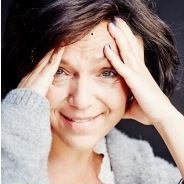