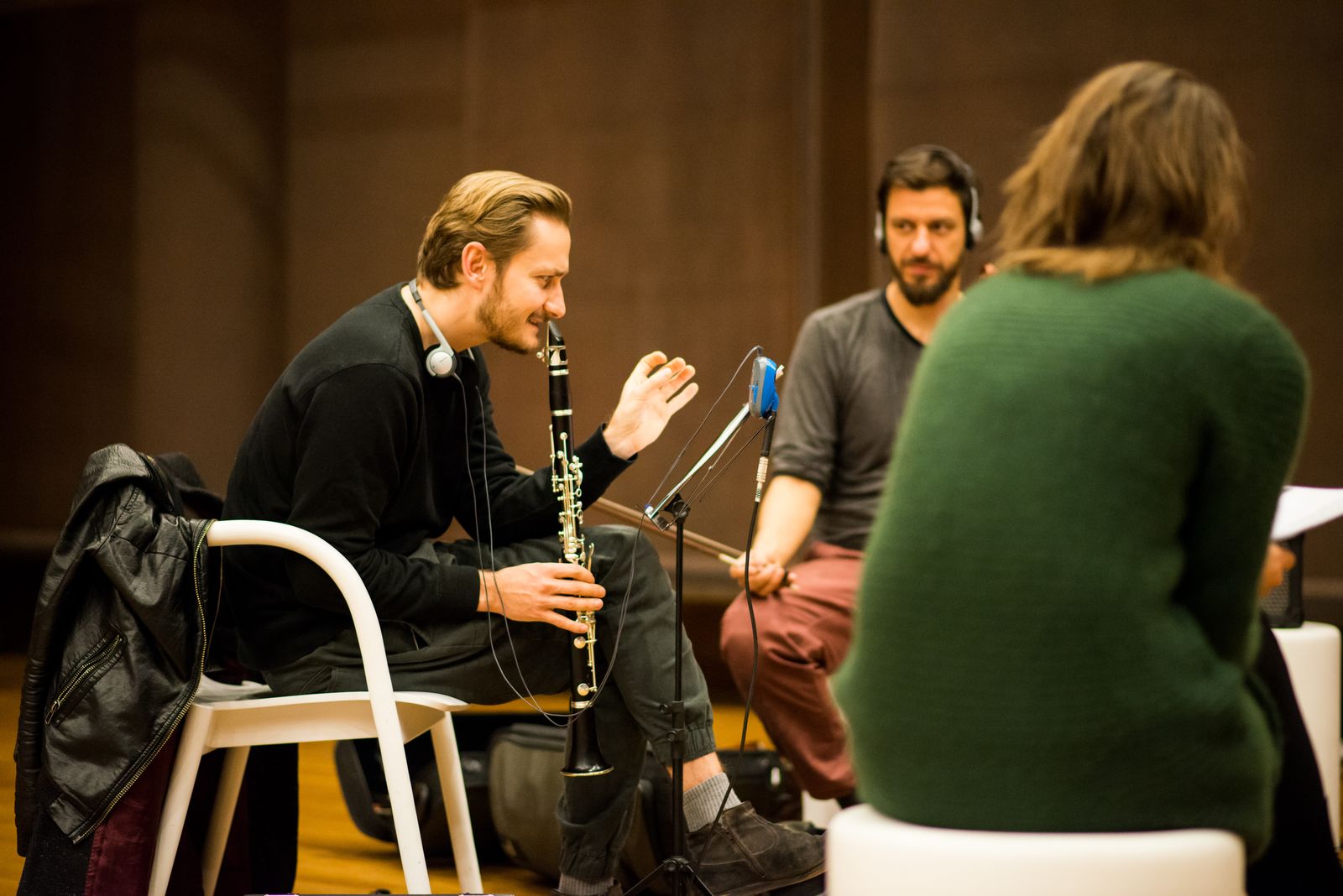 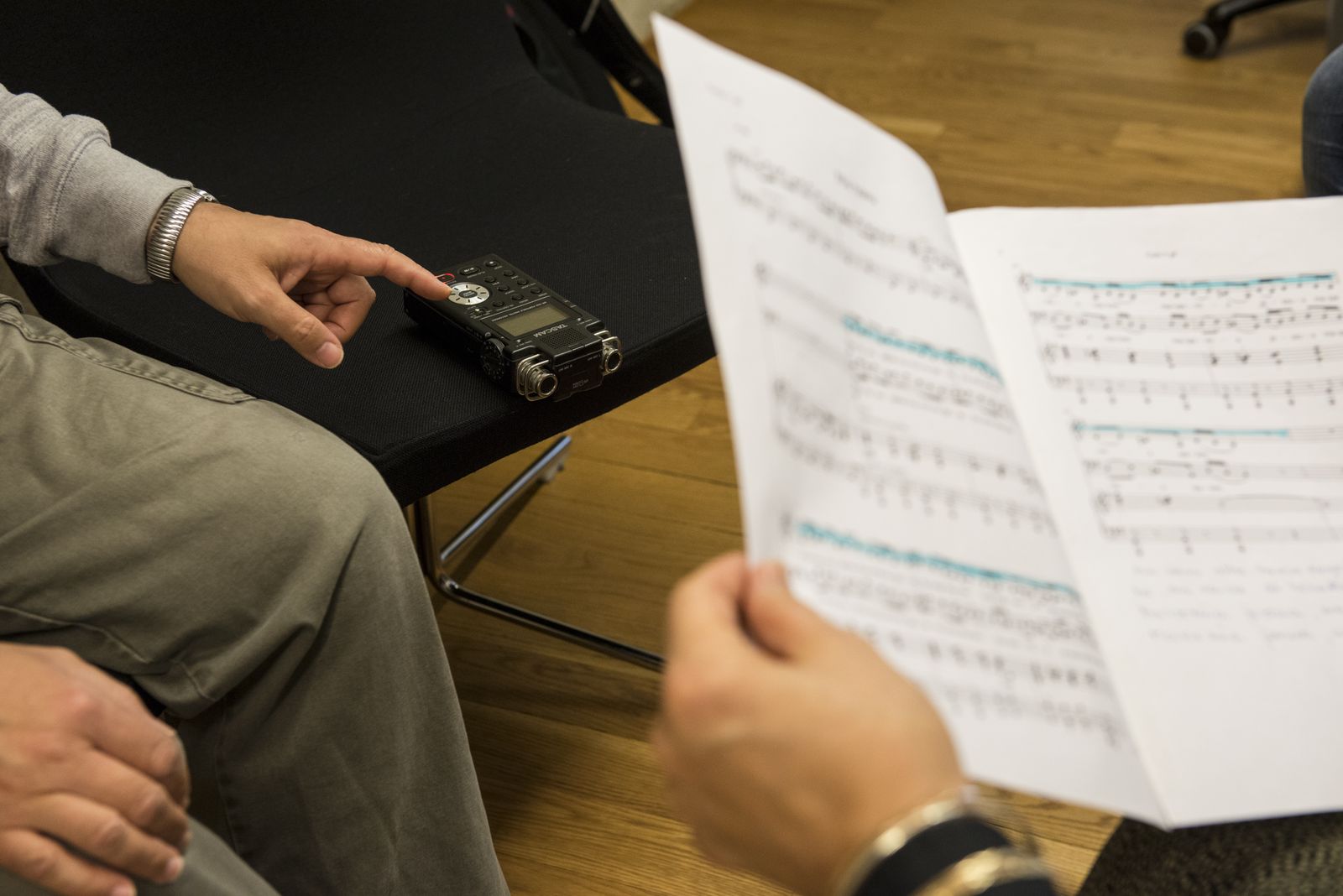 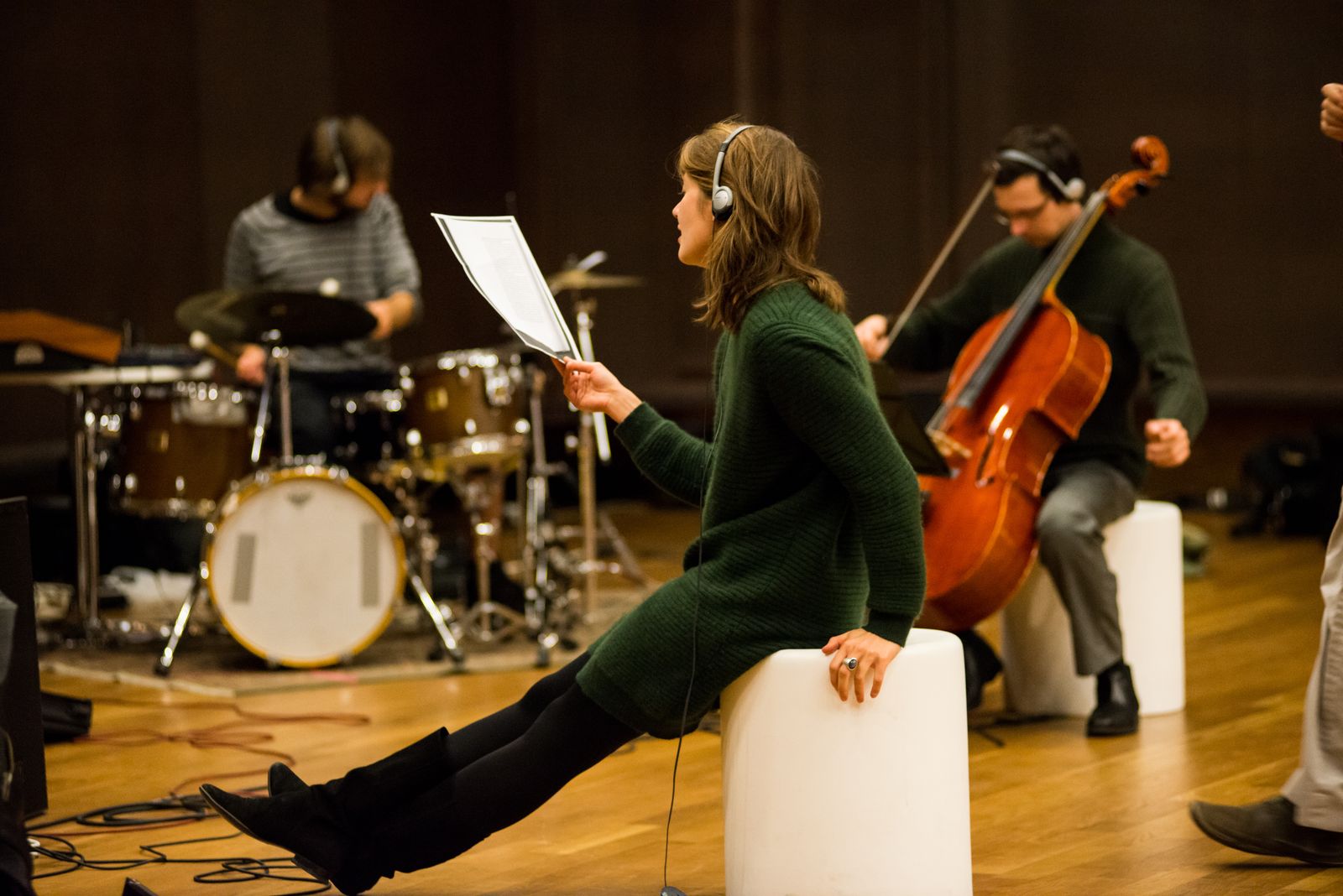 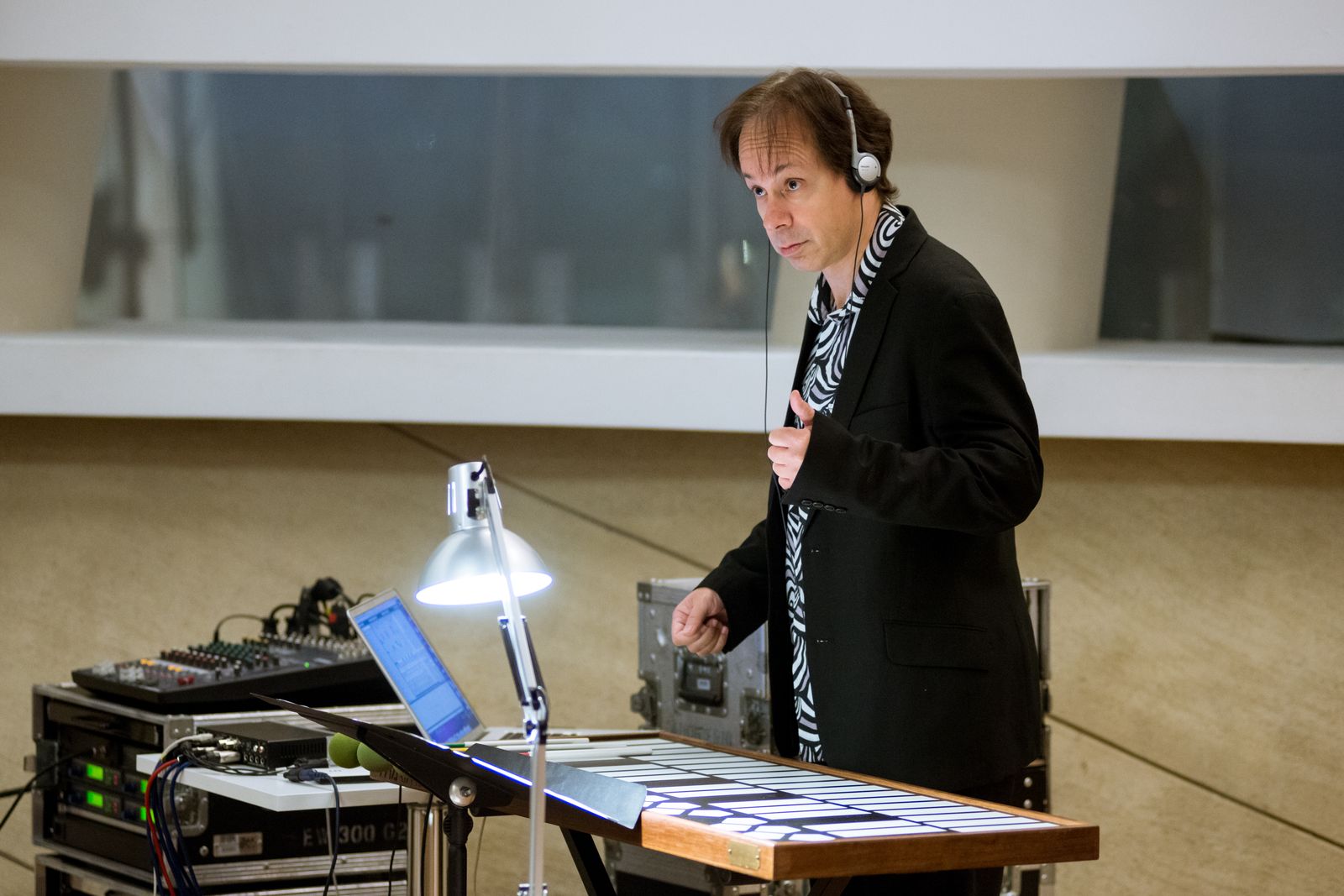 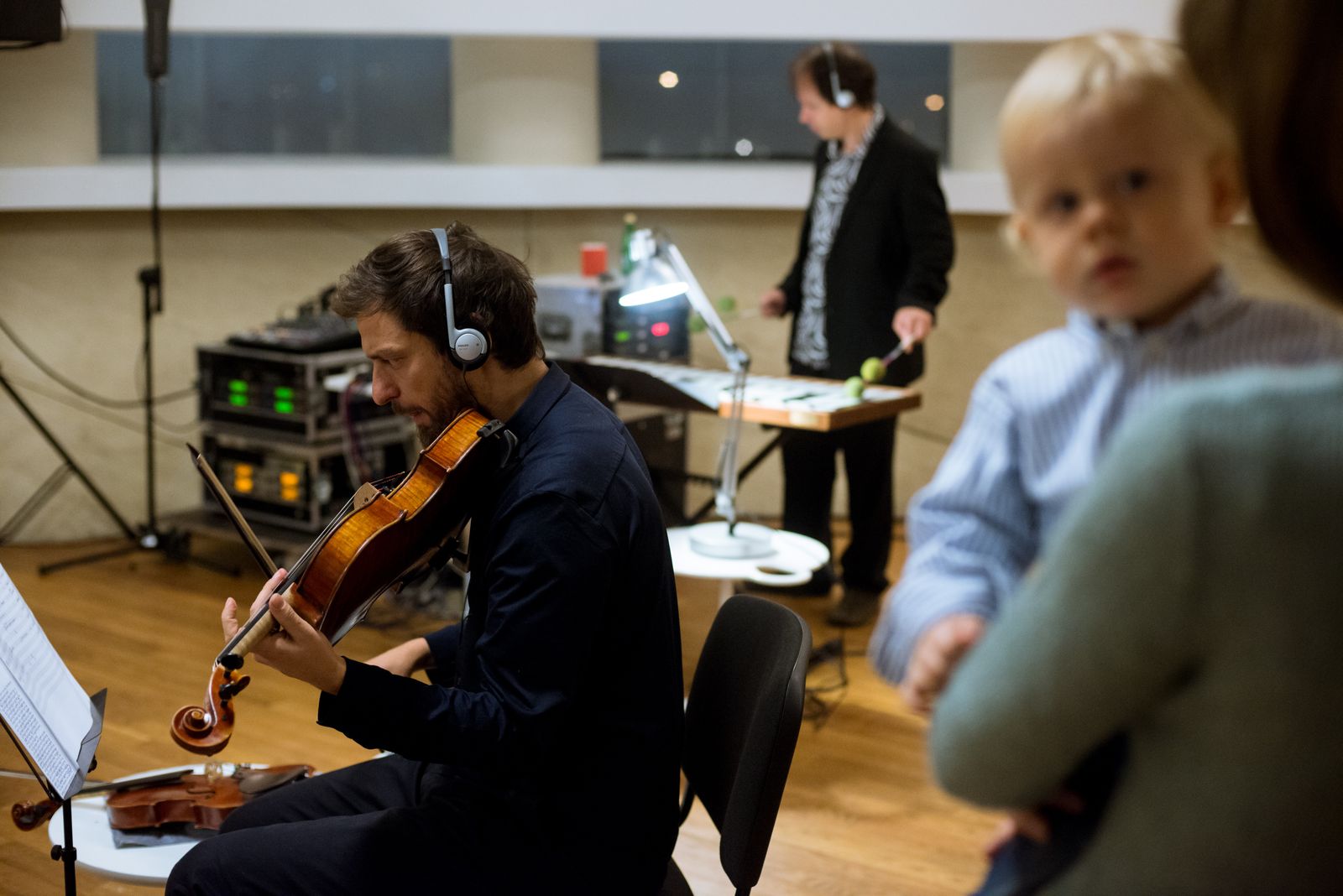 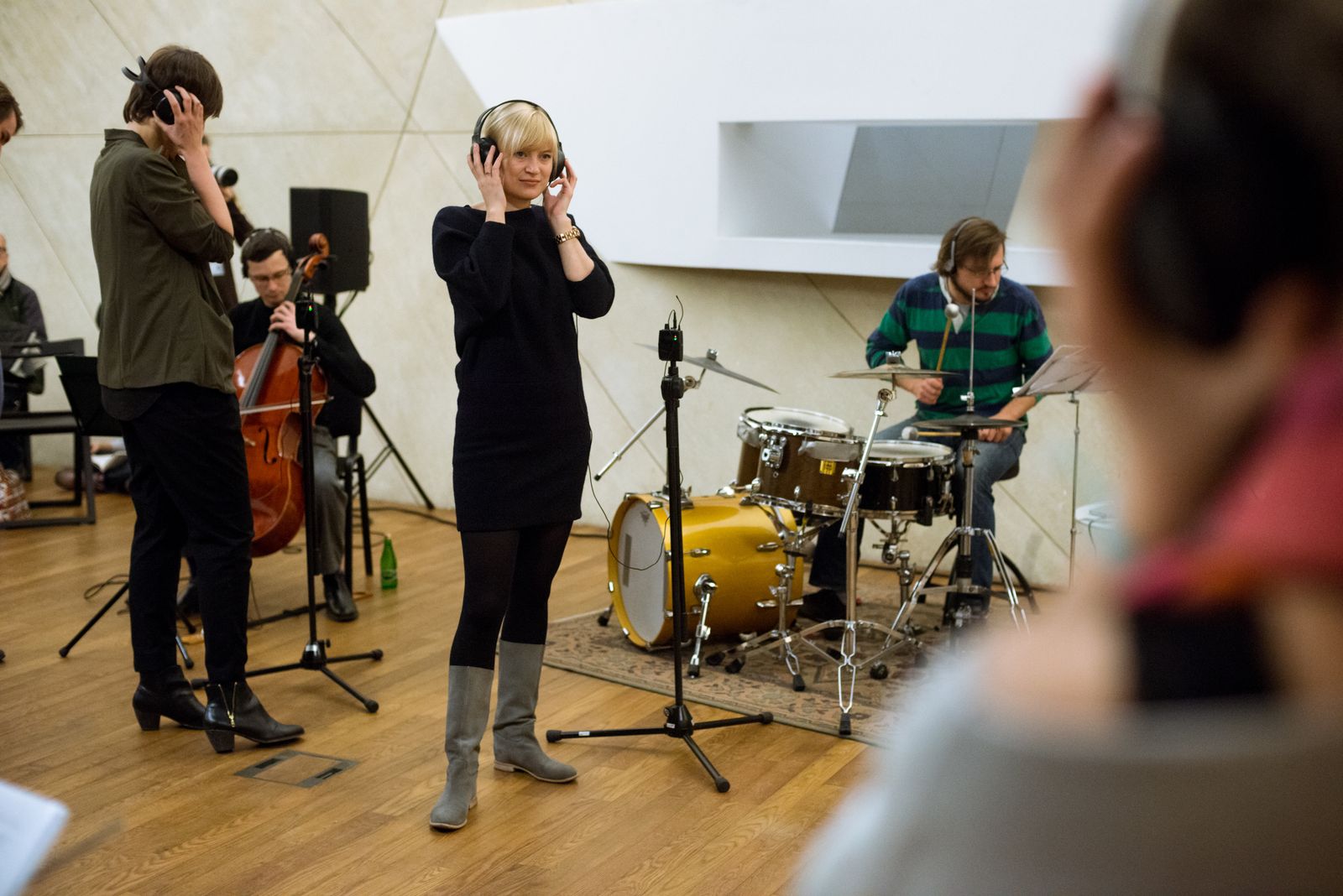 During his stay in Warsaw, Lukas Ligeti met with people who wanted to share with him Jewish melodies and songs. He listened to and recorded pieces performed by representatives of local Jewish communities and people interested in Jewish culture. They included compositions such as “Nasz wiek XX” (“Our Twentieth Century”) by Jewish rock band ŚLIWKI (established in early 1966 and dissolved in the aftermath of the March ‘68 events) or “Oyfn Veg Shteyt a Boym”, a song with lyrics by Itzik Manger (a Jewish poet and writer who wrote in Yiddish), sung to a folk melody that was extremely popular in the early 1950s.

Ligeti employed his usual style of work, using wireless headphones to “conduct” the band of musicians by setting the scale and character of the improvisation. The artists heard shreds of Jewish melodies and conversations about their origins, recorded by the composer, as if they were fragments of their own memories.

The composition was performed in front of an audience on November 28, 2015 at the POLIN Museum - the space for which it had been composed. During his stay in Warsaw, Ligeti created a unique musical performance, also using the acoustic properties of the museum’s architecture to his advantage.

The conclusion of the artist's residency at the museum was a meeting led by Dr. Piotr Cichocki of the Institute of Ethnology and Cultural Anthropology of the University of Warsaw, the author of >>"Narration as a Noise, Sound as a Story".

Lukas Ligeti – composer and improviser, percussionist. Ligeti has cooperated with such musicians as John Zorn, Gary Lucas and Tarek Atoui, as well as the bands Bang on a Can, Kronos Quartet and Ensemble Modern, for whom he wrote new music. In his work, Lukas Ligeti has made frequent and simultaneous use of traditional music, field recordings and new technologies. Ligeti performs all around the world, playing various compositions on a percussion instrument known as the marimba lumina. His interests encompass both jazz, electronic music and improvisation as well as traditional and pop music.