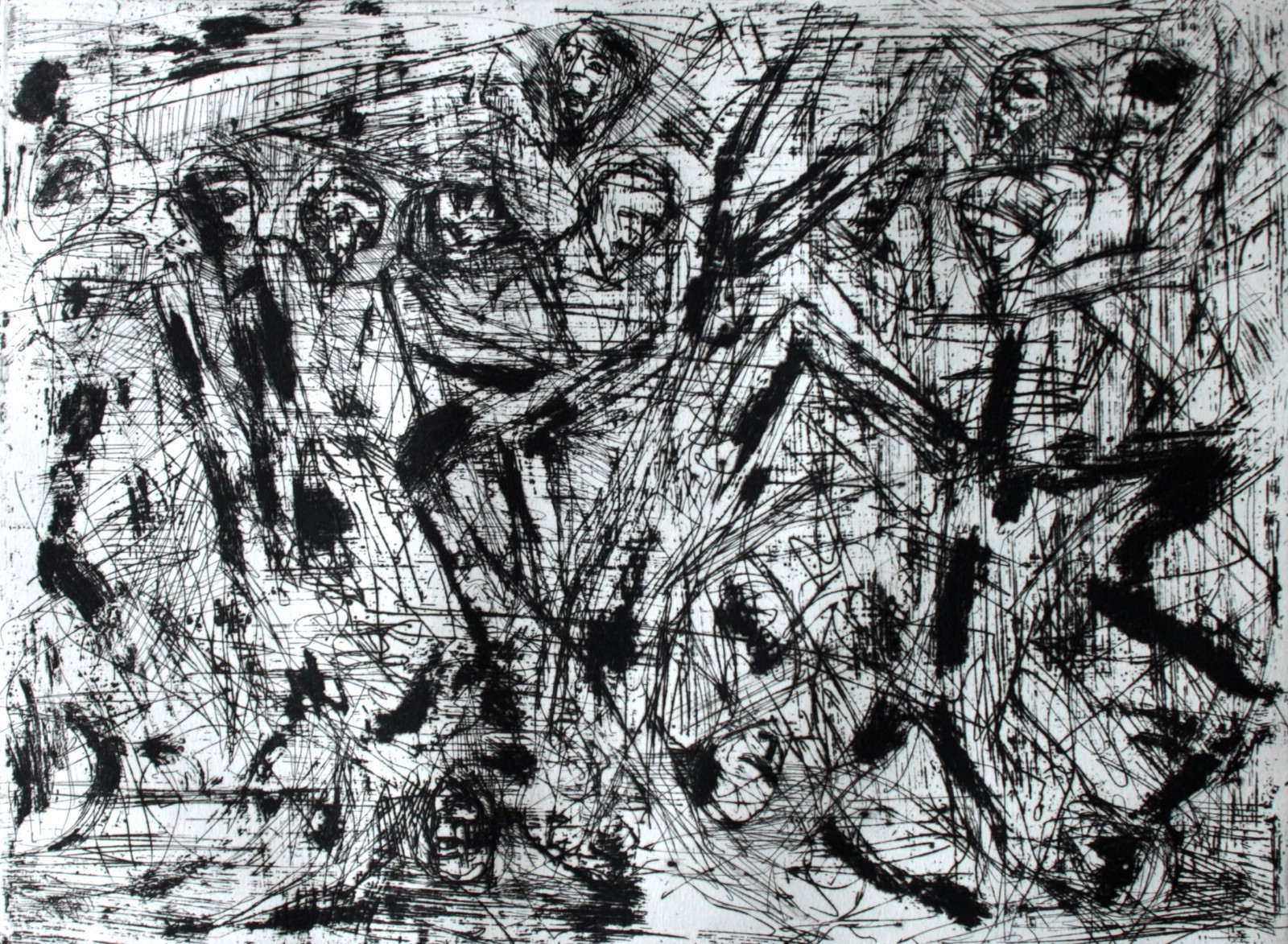 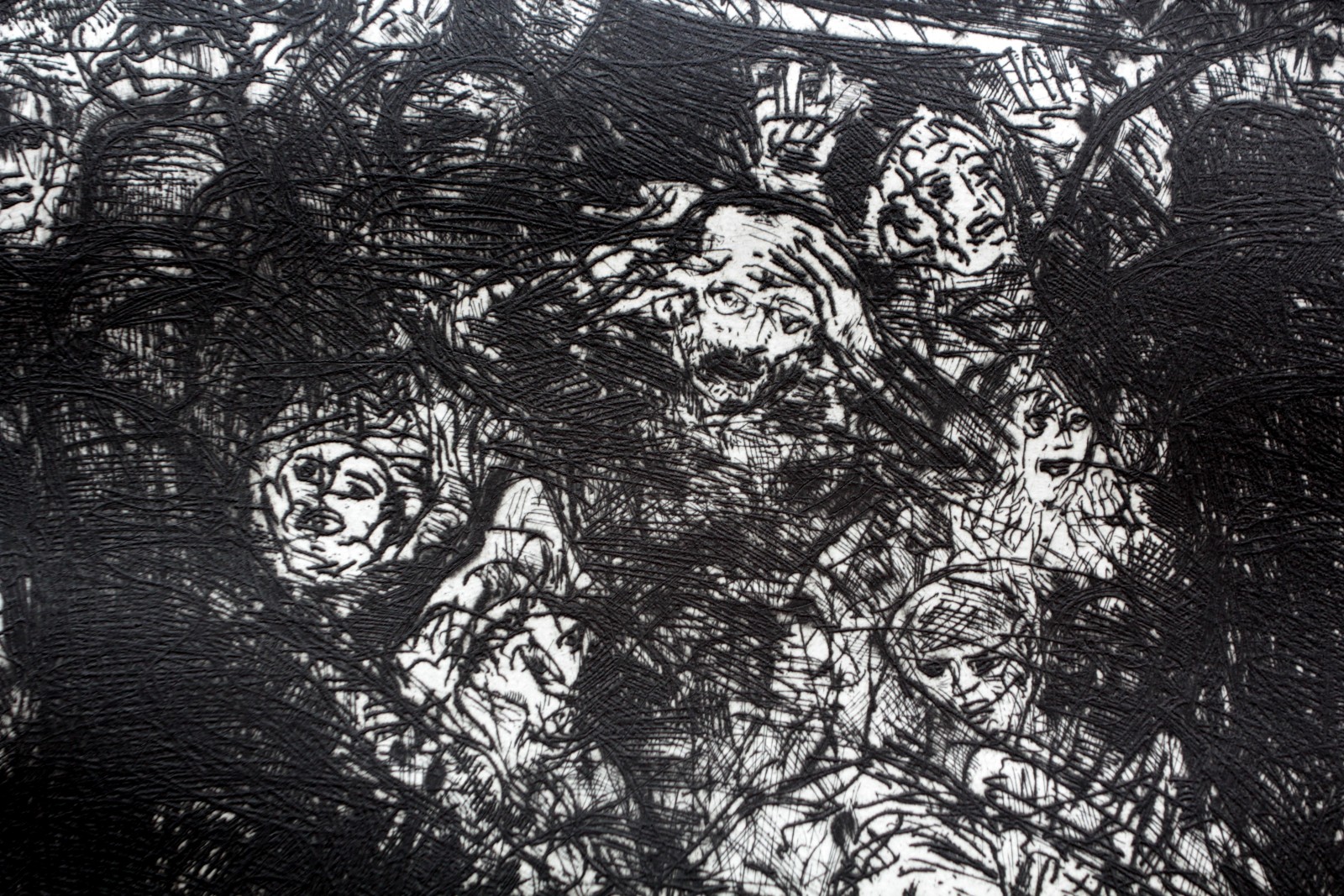 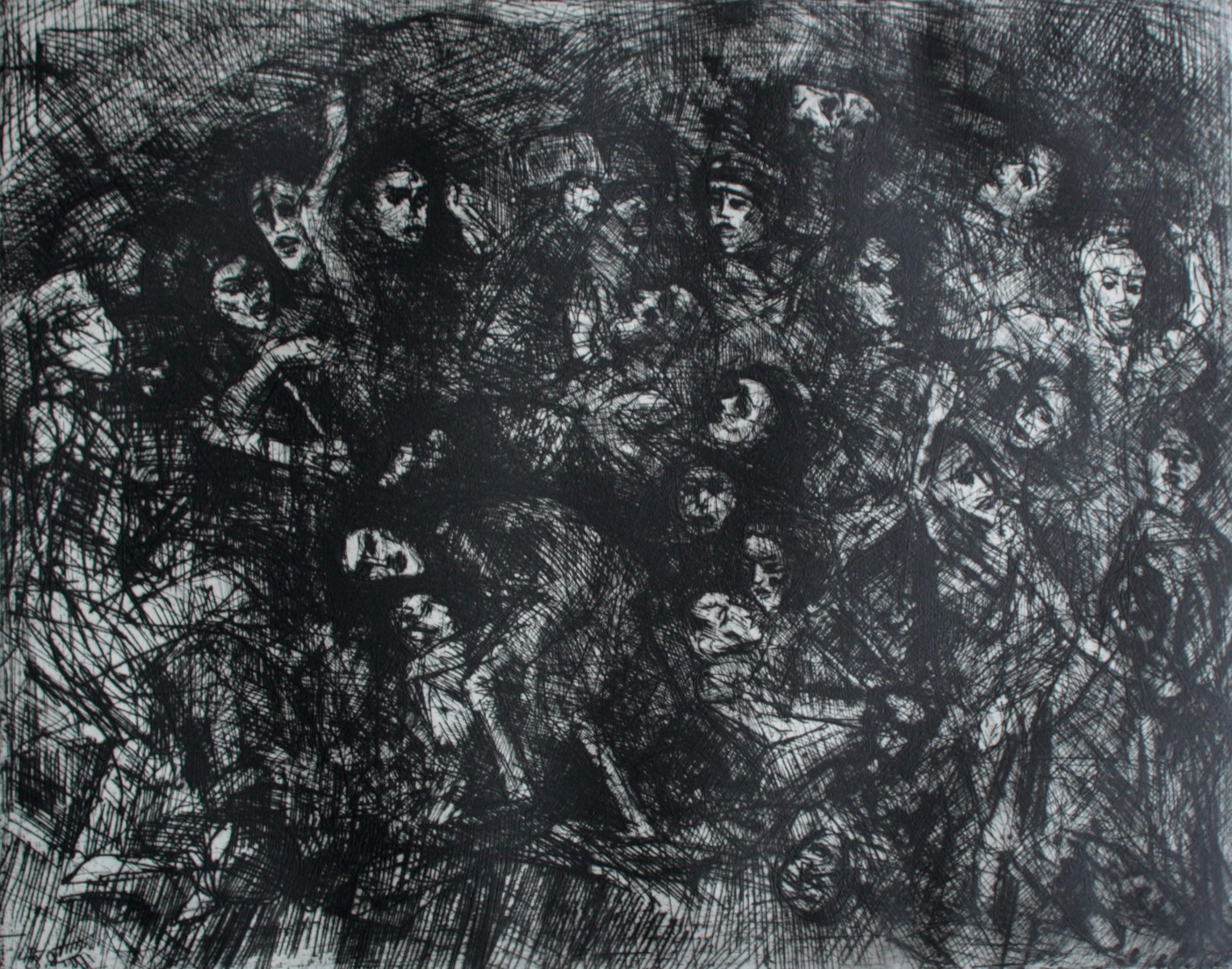 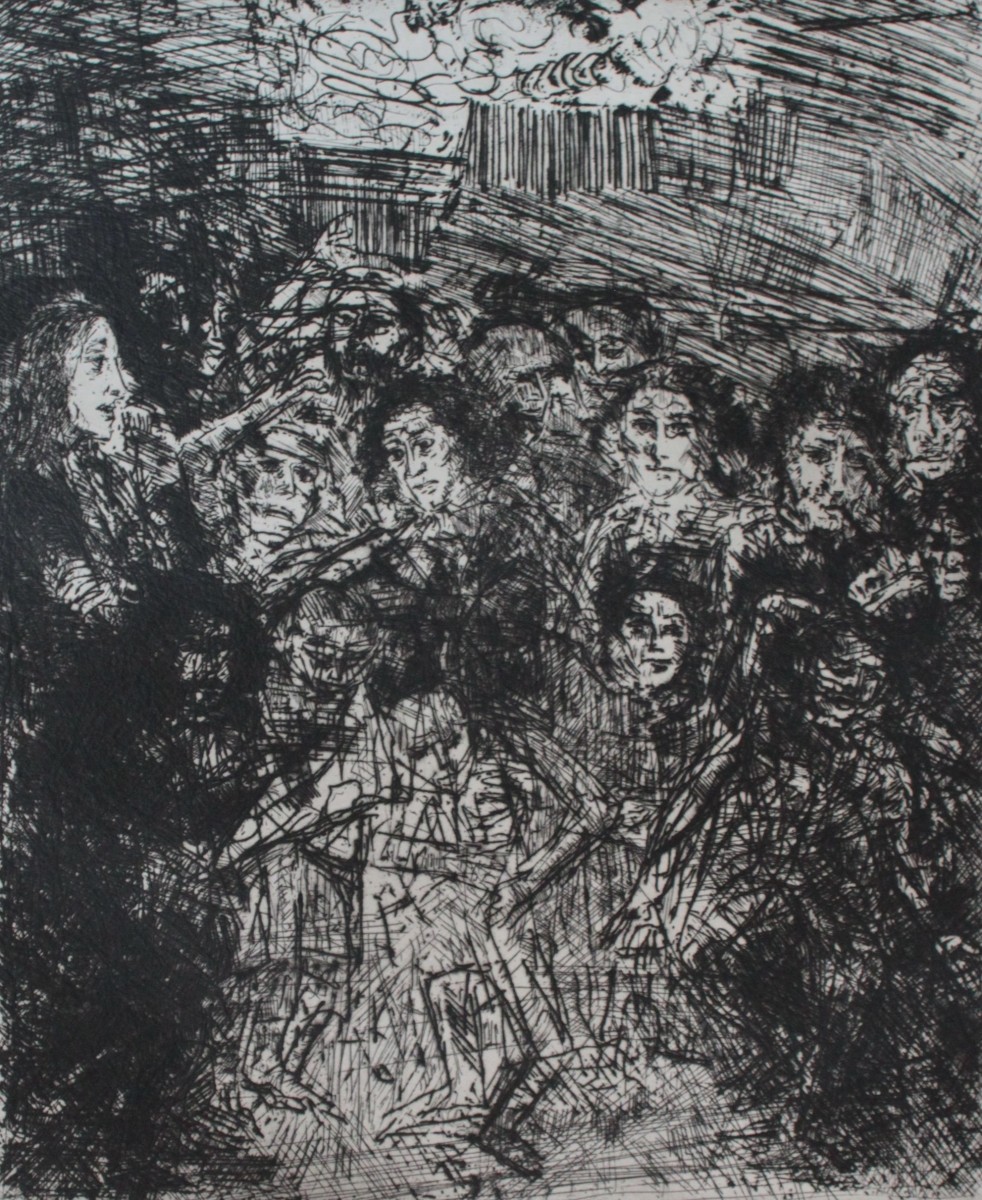 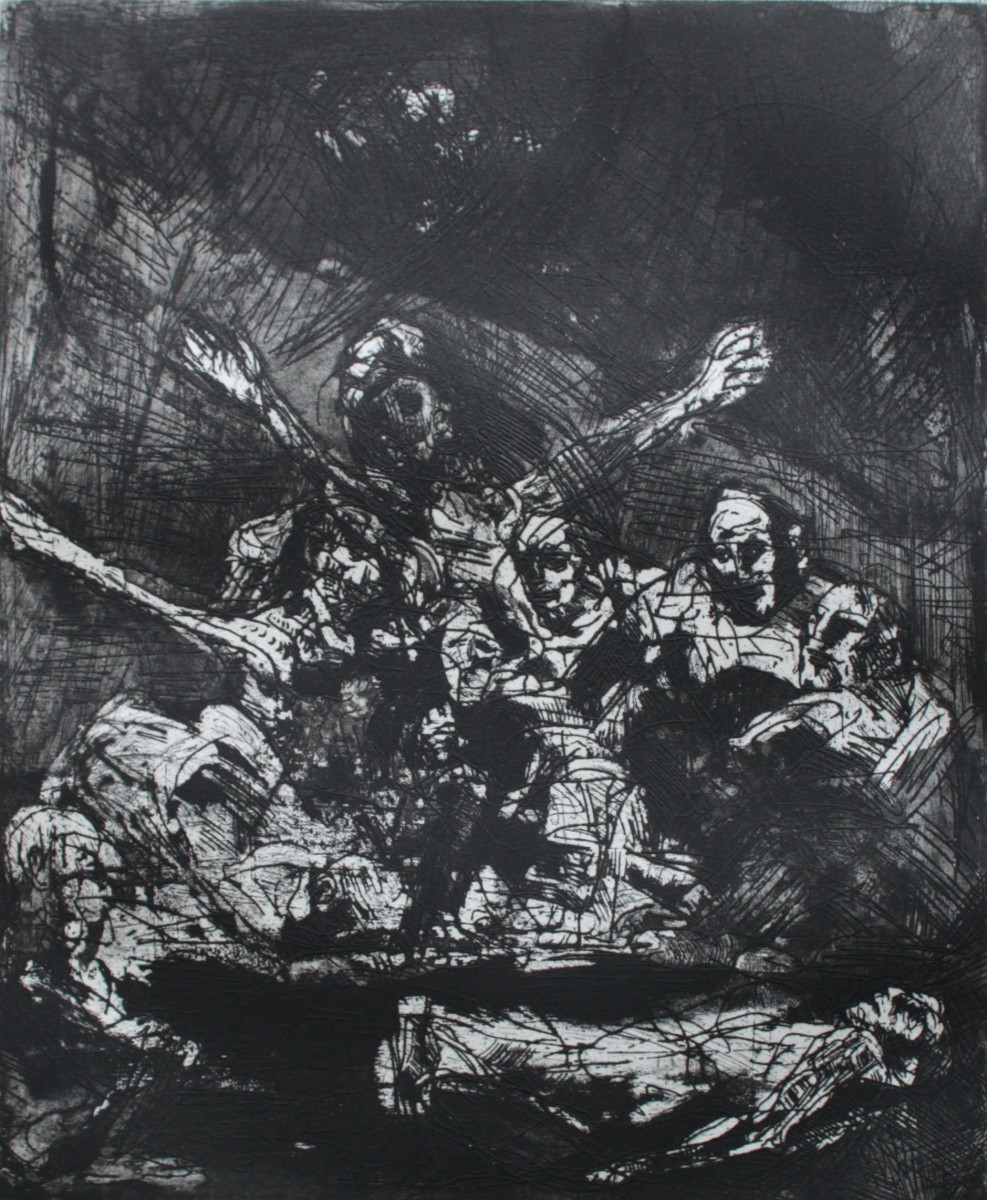 The Museum of the History of Polish Jews has received a precious gift from Mrs. Teresa Mellerowicz-Gella, living in the United States – a collection of 32 works by Isaac Celnikier, of whom the donor was a friend for several decades. Among the engravings are 24 works from the album La mémoire gravée (Engraved in Memory), using etching, aquatint and drypoint. The gift came to the Museum through the efforts of Dr. Rafał Żebrowski from the Jewish Historical Institute and Dr. Artur Tanikowski from the Museum of the History of Polish Jews Exhibitions Department.

Both Isaac Celnikier and Teresa Mellerowicz-Gella took part in the famous Against War – Against Fascism Polish National Exhibition of Young Visual Arts (1955), organized at the Arsenal in Warsaw within the framework of the V World Youth and Students Festival. The event, dominated by artists of Jewish origin, heralded the end of social realism in Poland and the decline of ideological control over art.

Isaac Celnikier (1923-2011) – painter, graphic artist, illustrator; in 1957, with the rise of anti-Semitic attitudes in Poland, he decided to settle in France. Throughout nearly all of his postwar work he returned to his experience of the Holocaust – his stay in the Bialystok Ghetto and the camps at Stuthoff, Auschwitz, Mauthausen, Sachsenhausen, Flossenbürg and Dachau. This is also the subject of La mémoire gravée as well as the other works entrusted to the Museum.

Teresa Mellerowicz-Gella (b. 1929) studied at the Faculty of Philosophy, University of Warsaw and at the Painting Department of the Warsaw Academy of Fine Arts. Awarded a prize for her Warsaw Pigeons at the Arsenal exhibition in 1955. A painter and graphic designer, she also worked as an academic lecturer in Poland and the United States, where she settled in 1967. Associated with the State University of New York at Buffalo, where she lectured in semiotics.