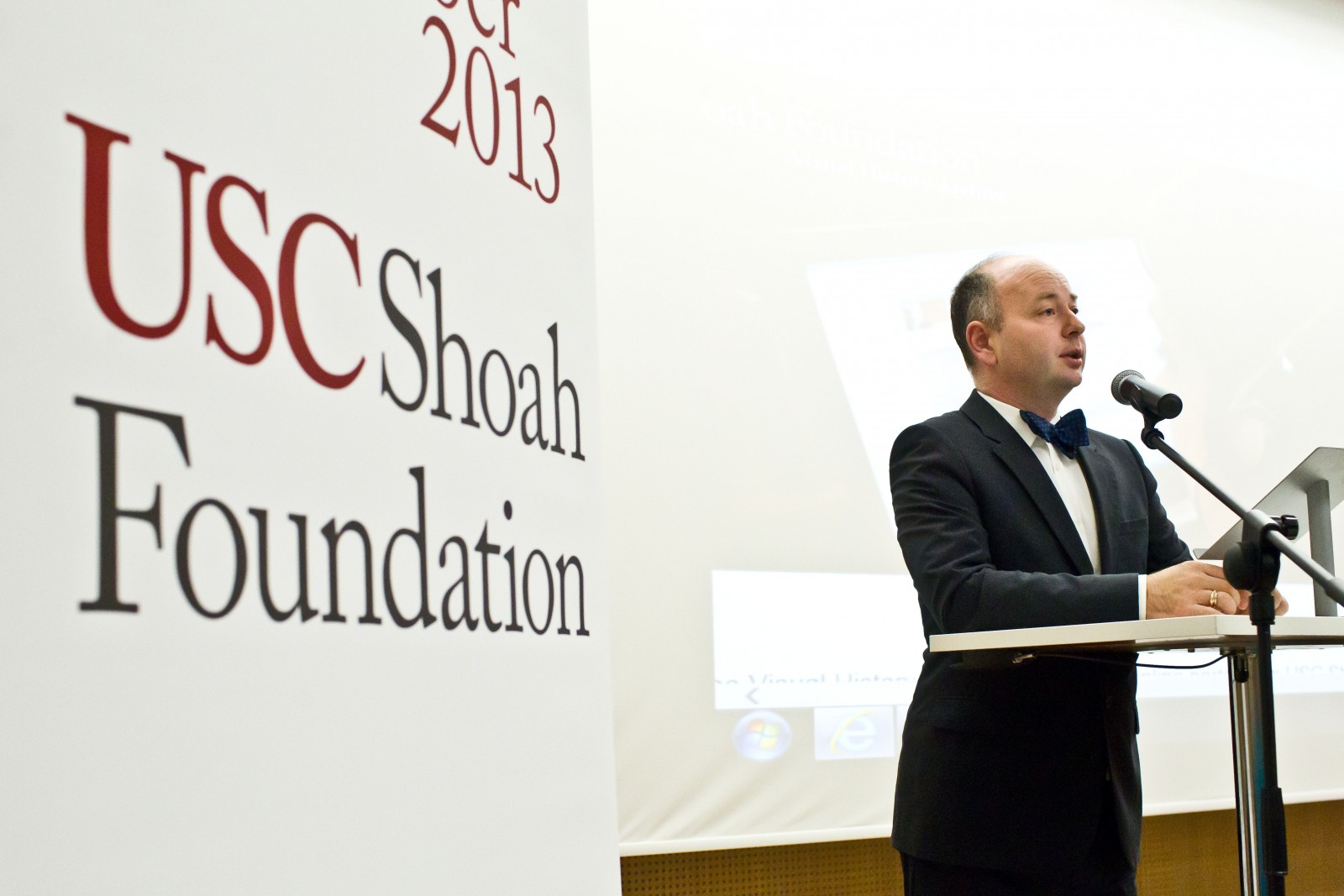 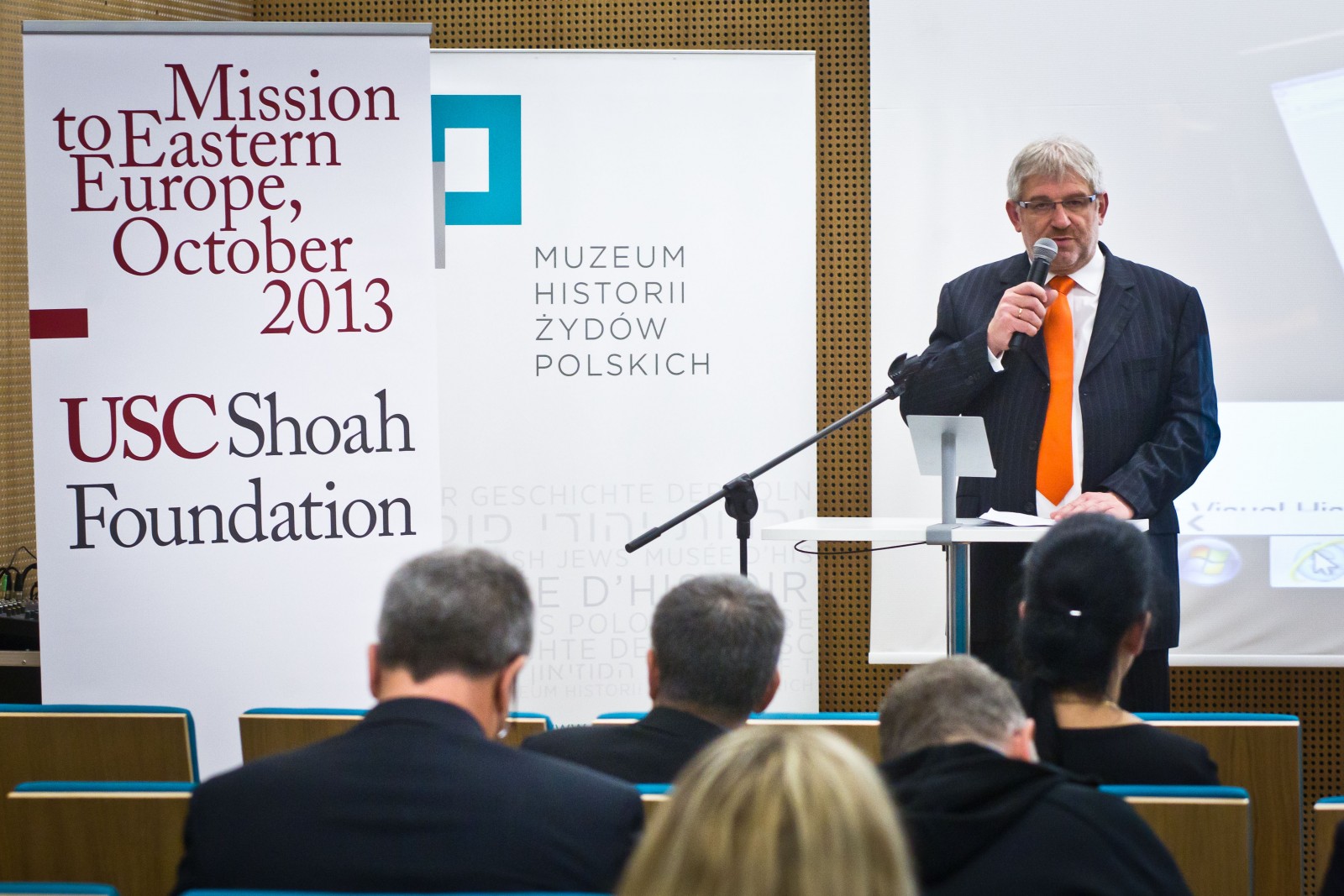 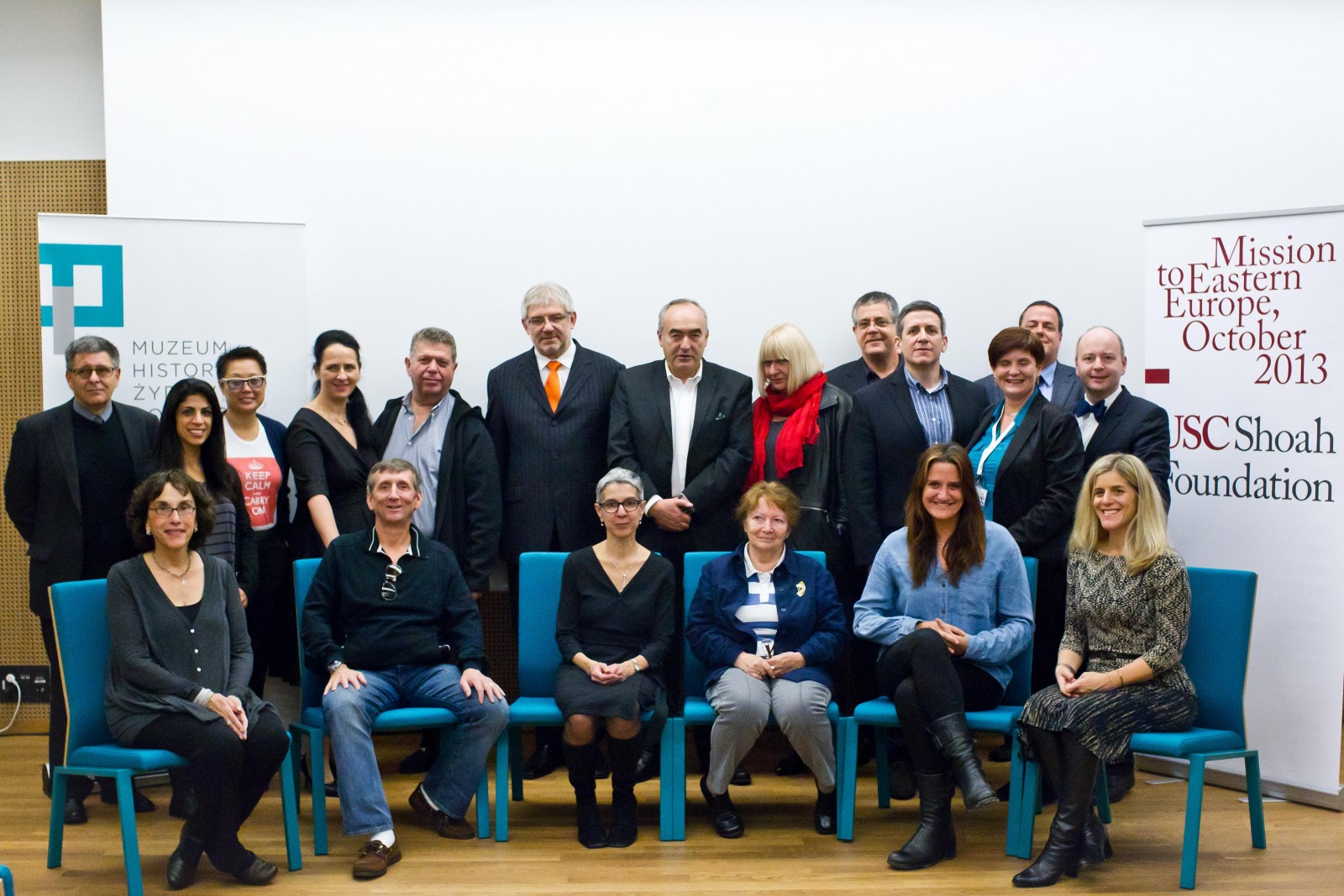 On October 21st, a new access site of USC Shoah Foundation’s Visual History Archive was opened at the Museum of the History of Polish Jews. The archive  is an online portal from USC Shoah Foundation that allows users to search through and view nearly 52,000 audiovisual testimonies of survivors and witnesses of the Holocaust and other genocides. These testimonies were conducted in 57 countries and in 34 languages. The collection is currently the largest archive of this kind in the world.

The database is now available to school students and teachers in the Museum’s Educational Center. In the future, the archive will also be available to the public in the Museum’s Resource Center. - Thanks to the cooperation with the USC Shoah Foundation, the Museum will be able to use some of the most modern educational tools available - said Andrzej Cudak , the Director of the Museum of the History of Polish Jews. - Our plans for the use of the USC Shoah Foundation's resources are very extensive. The database will make it possible for our Educational Department to create their own online lessons and our Academic Department will be able to develop its research programs. The interviews will be used in the Museum’s temporary exhibitions. A Polish audience will be especially moved by the over 6,800 interviews in which Survivors speak about Warsaw, and the more than 1,500 interviews conducted in Polish. Most of the interviews are a testimony of everyday life.

- Our resources present the voices of people whose language and traditions were to be deliberately destroyed - said Stephen Smith, Executive Director of the USC Shoah Foundation. - We are the guardians of their memories and a guarantee that their voices will be heard by future generations. Mr. Smith also emphasized the great educational value of the  Survivors’ testimonies. – We do not want to change the world right away. However we hope that the those of present and future generations, who come in contact with us, will change the world around them.

The Museum of the History of Polish Jews is a place where our project is of particular significance. A few years ago, coming to Warsaw we would go primarily to the Umschlagsplatz. Today, the museum is one of the highlights of our visit to Warsaw - added Mr. Smith.

Zygmunt Stępiński, Deputy Director of the Museum, spoke very personally about the archive: - These interviews are instrumental in talking about difficult and painful topics, which for years were not spoken about in Polish homes. My own relationship with some friends changed significantly after I listened to their USC Shoah Foundation interview.