King Matt I’s Castle has been built in Warsaw 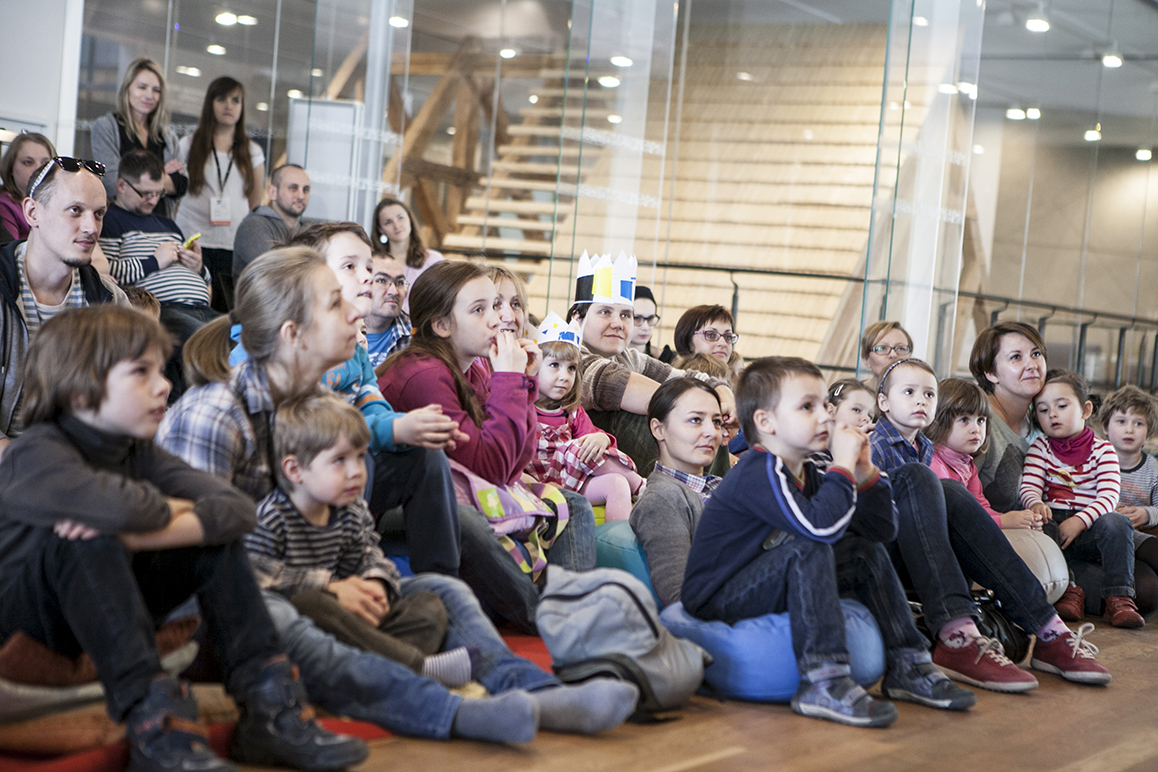 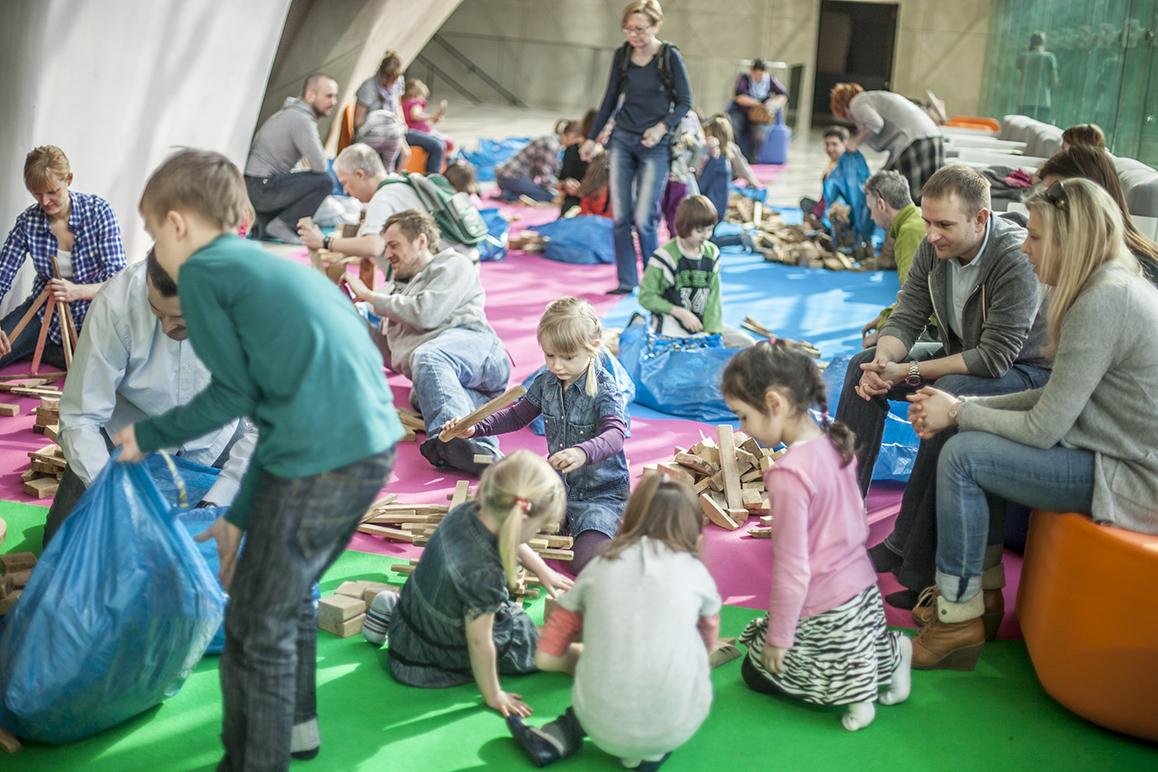 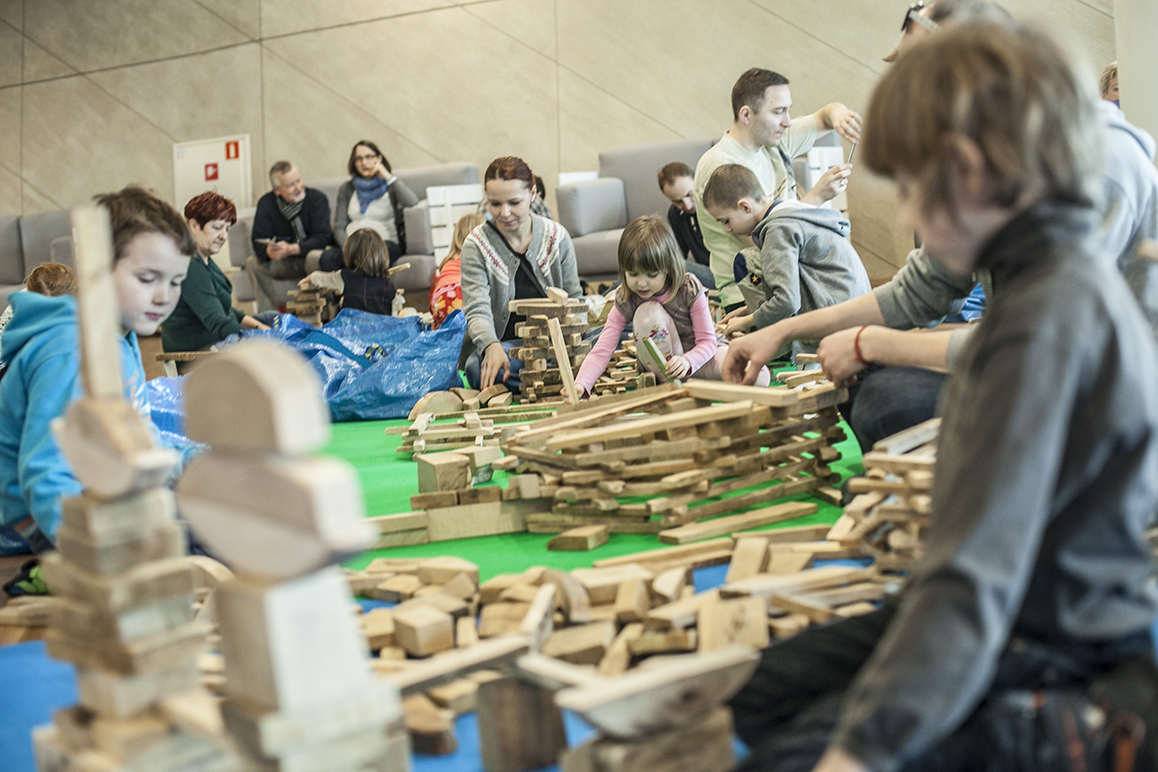 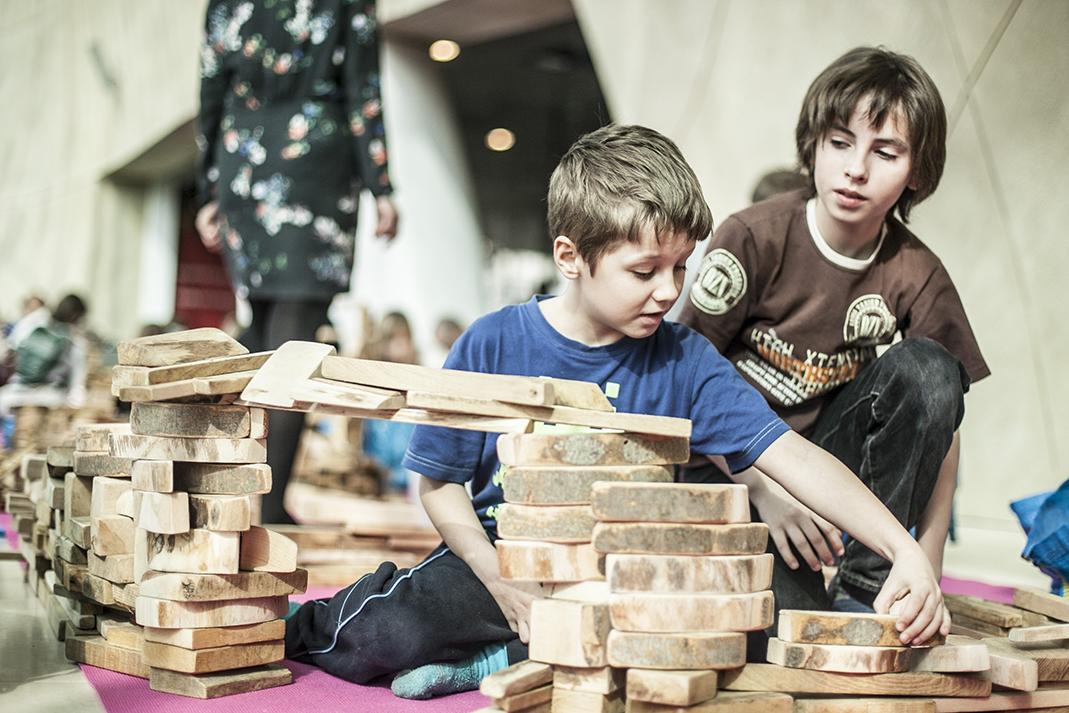 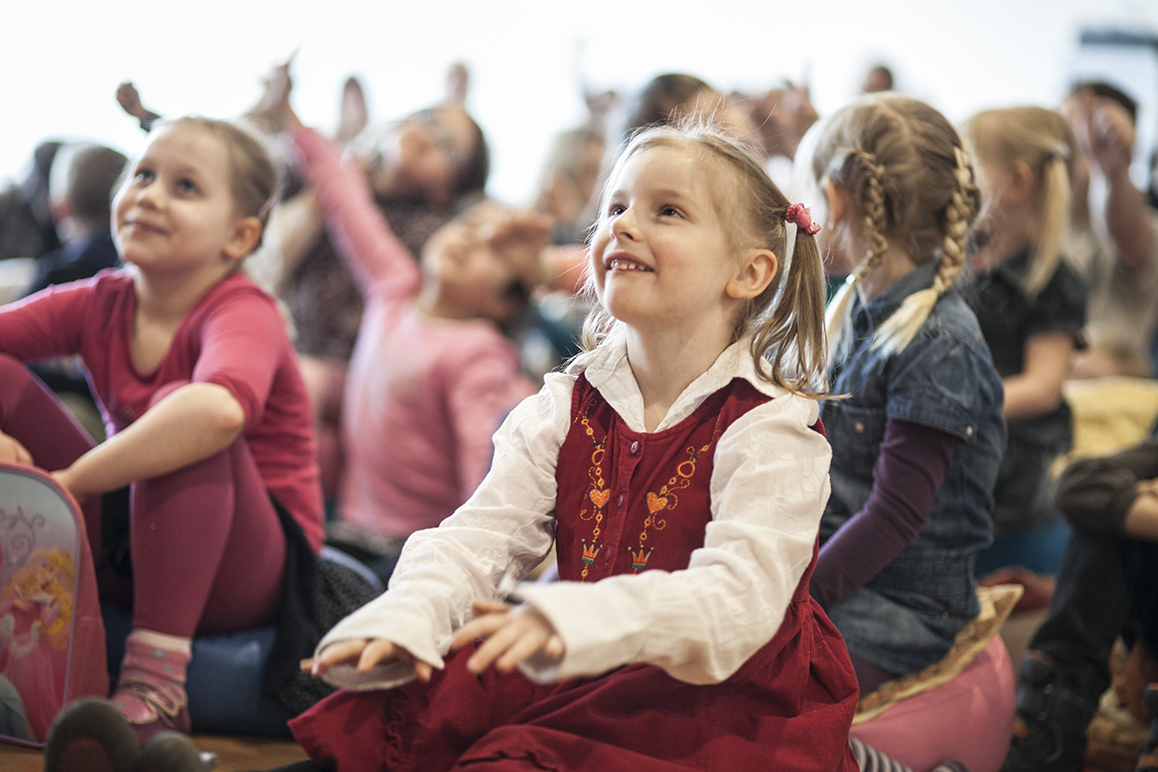 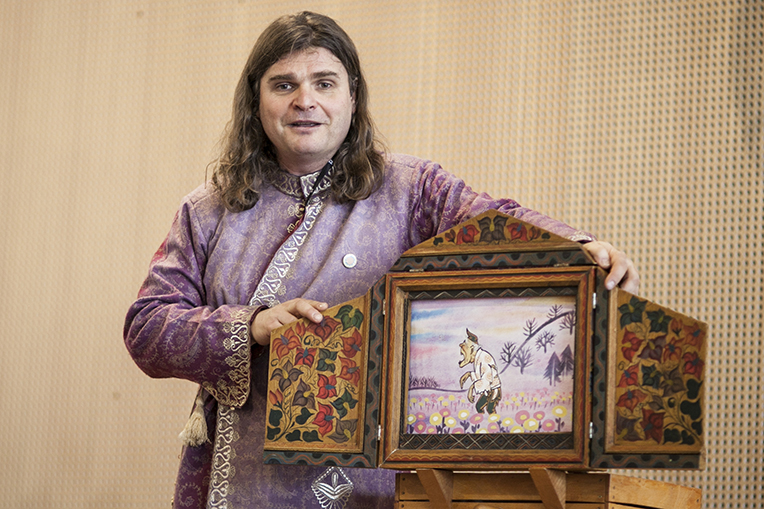 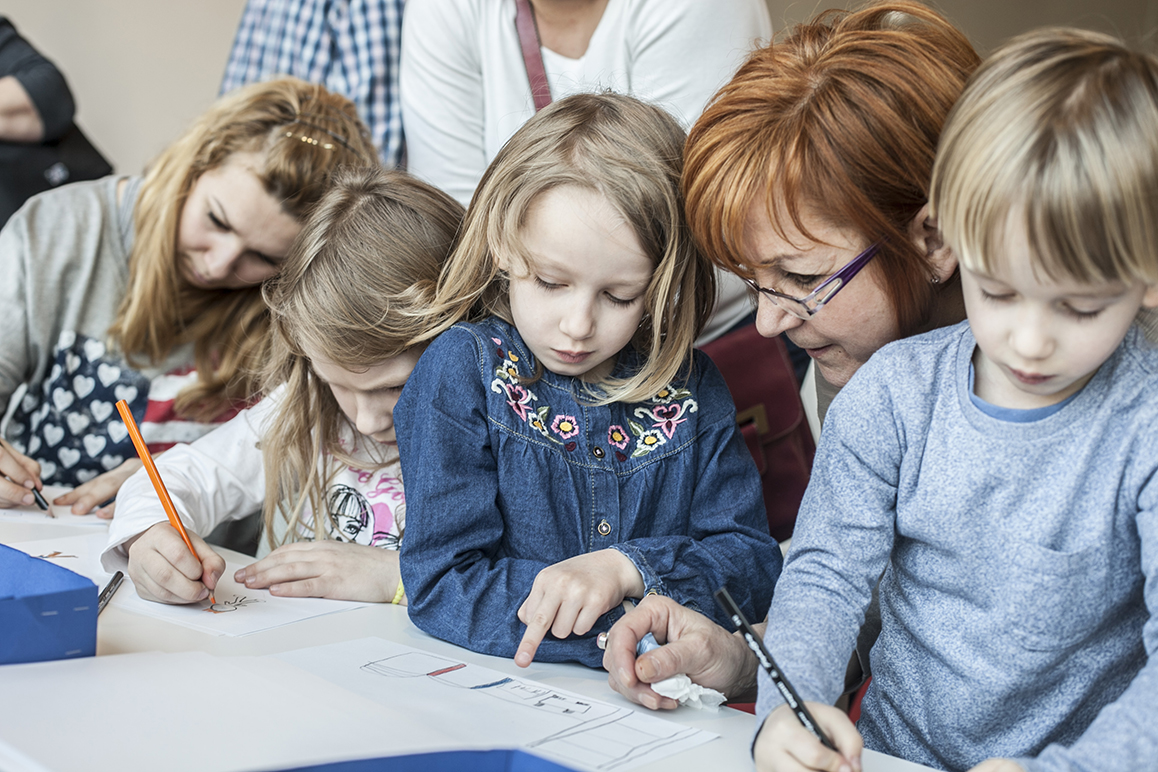 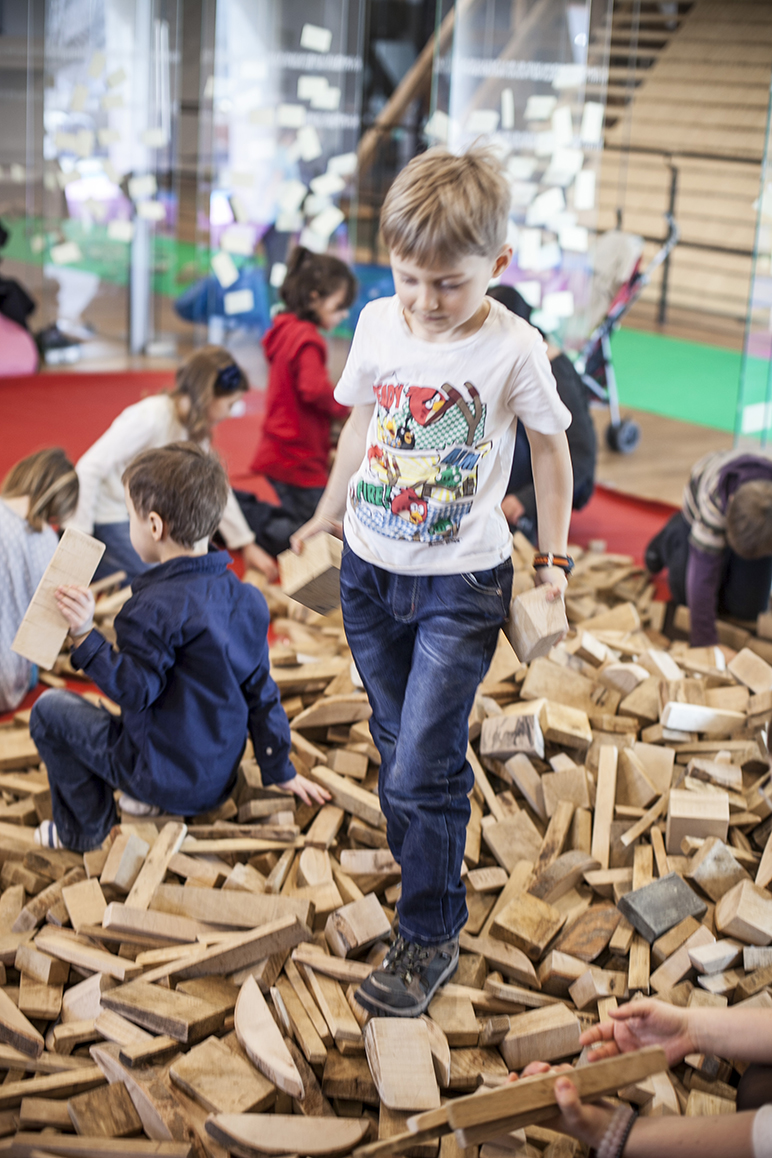 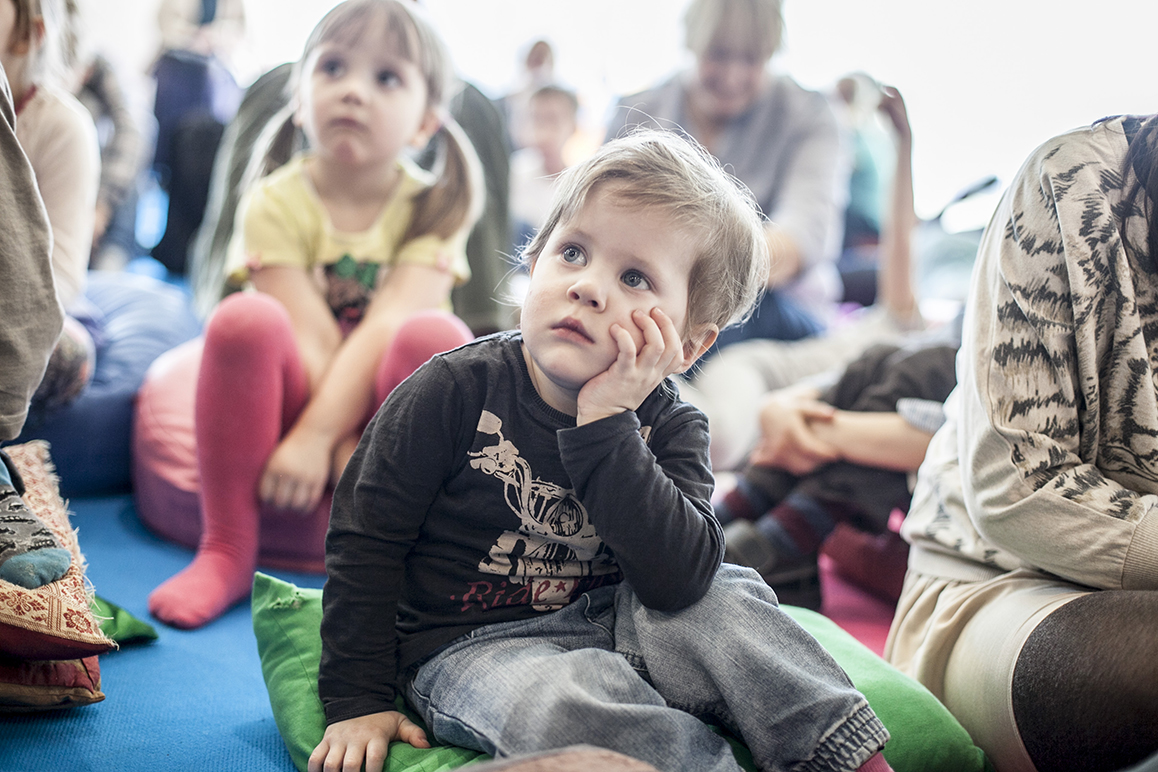 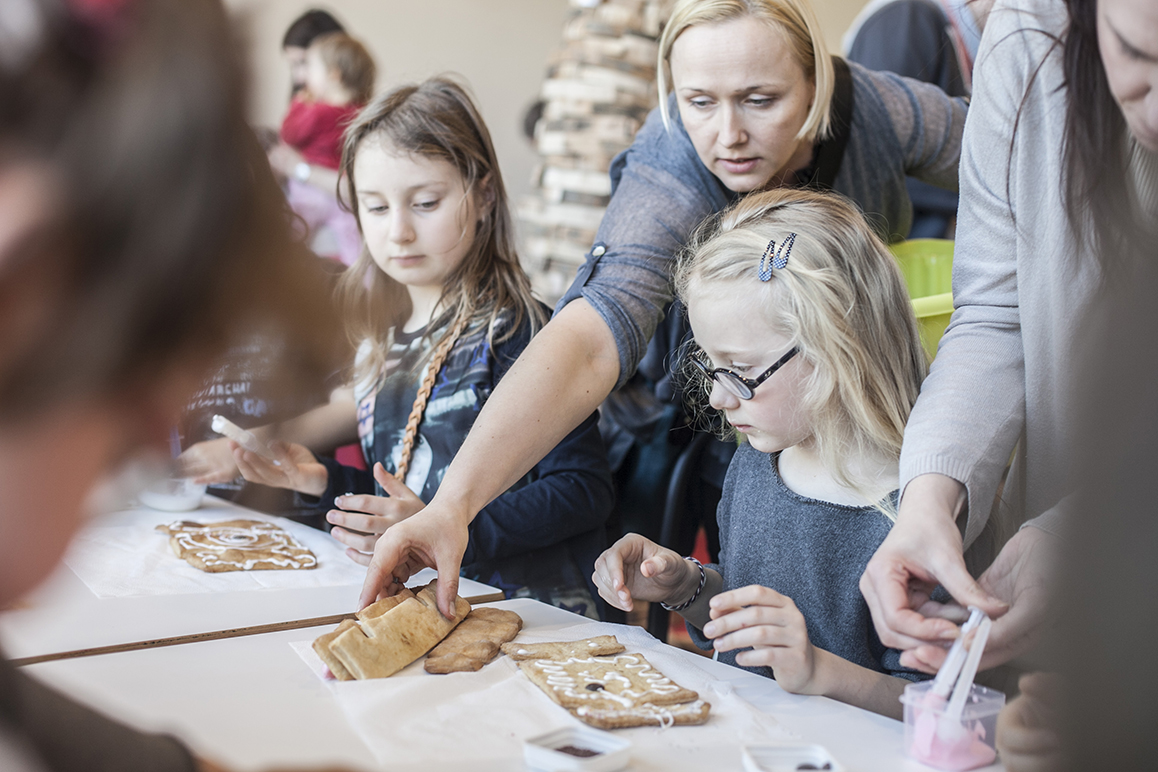 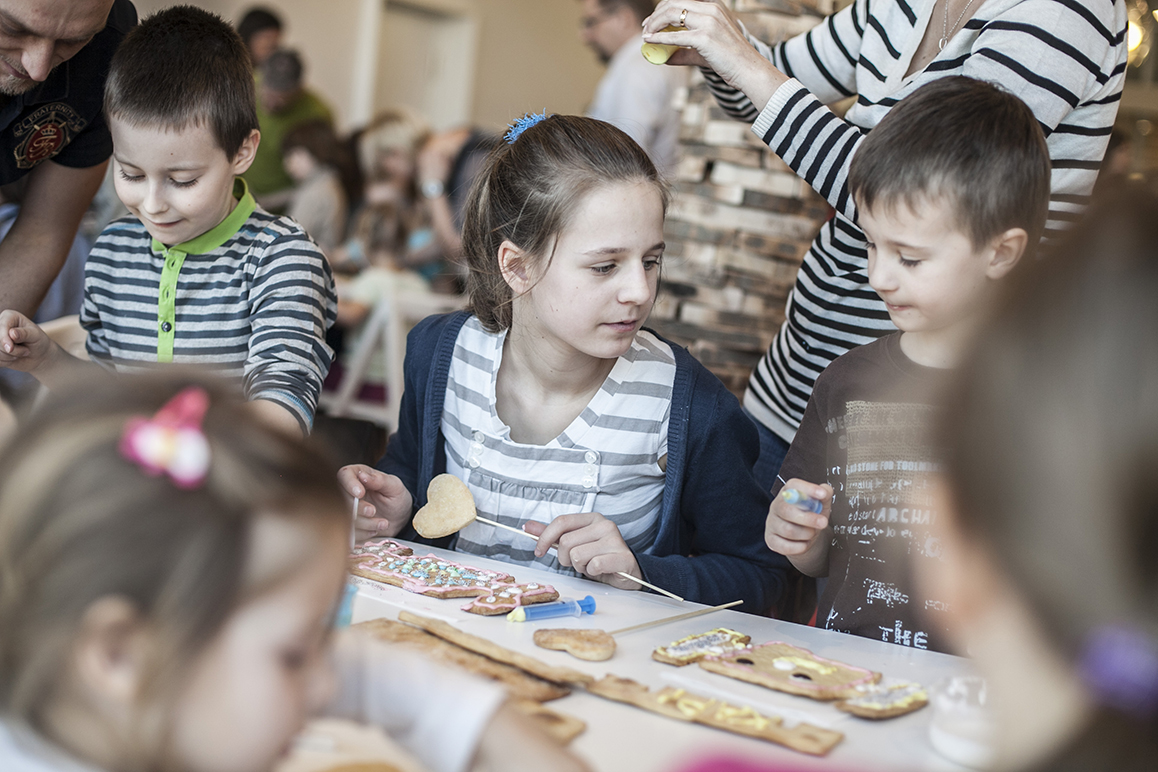 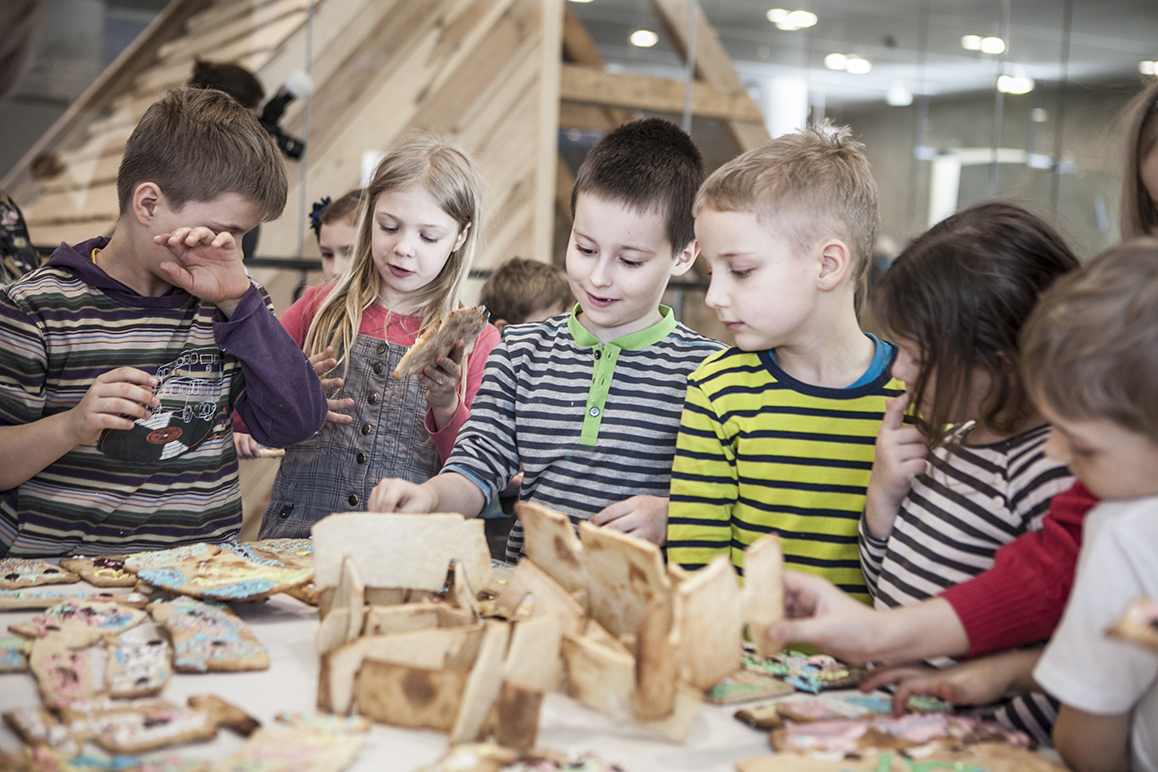 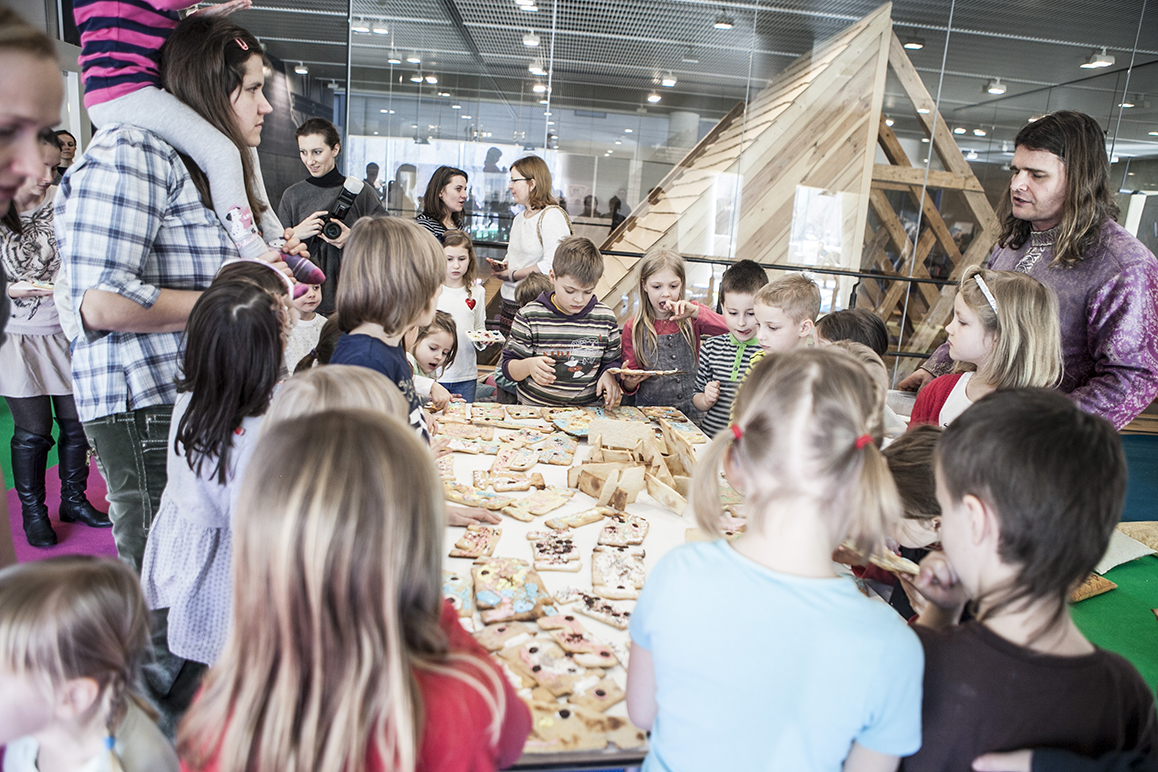 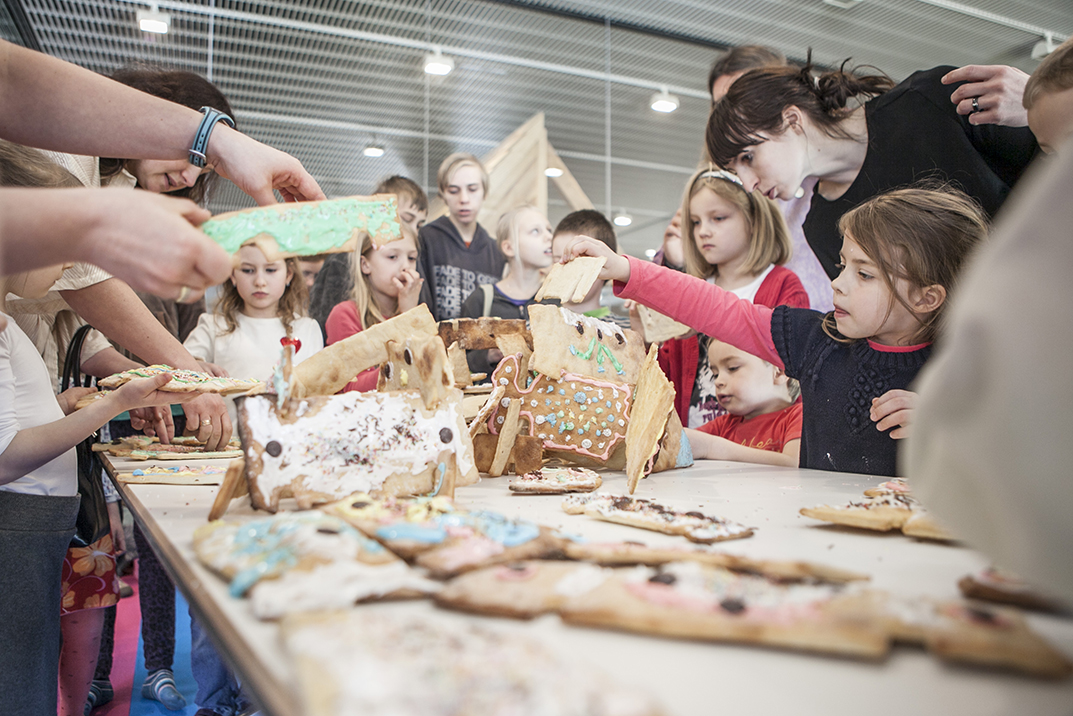 On March 8 and 9 the Museum organized workshops where families were building castles of King Matt using MuBaBao blocks. The workshops were conducted by Michał Malinowski from the MuBaBao Storyteller Museum. We began by getting acquainted with the life story of Janusz Korczak. Then we listened to the story of King Matt – the character form Korczak’s books, and his attempt to learn how to rule a country. While we were all listening, holding our breaths, we were carried away to King Matt’s fairyland.

Having listened to the story, we had a task at hand: creating magnificent structures from MuBaBao blocks. Both children and adults pulled up their sleeves and joined in the fun. More than 3 tons  of blocks were quickly transformed into beautiful buildings, each building telling its own story. Participants expressed their vivid imagination; they also proved the value of intergenerational cooperation!

On Sunday there was an additional attraction – a small castle made of ginger cookies. First, each participant had to decorate his or her cookie-brick. There was tinted frosting, sprinkles, chocolate eyes – one could really create something special. The castle was constructed, but it was soon heavily chewed on. No wonder, it is extremely difficult to resist tasting a ginger cookie castle!

We are looking forward to continuing our workshops. This time castles will be built by children from nurseries and schools. The results will be ready soon!

We would like to thank you all for having such a fun time with us.

Family workshops “King Matt’s Castle” were held as part of the “The Sorcerers of Words” Festival of Fairy Tales and Stories, which will last till March 23. We would like to invite you all to the incoming Festival events.