Report: Benefactors from all over the world visit POLIN Museum on 27 October 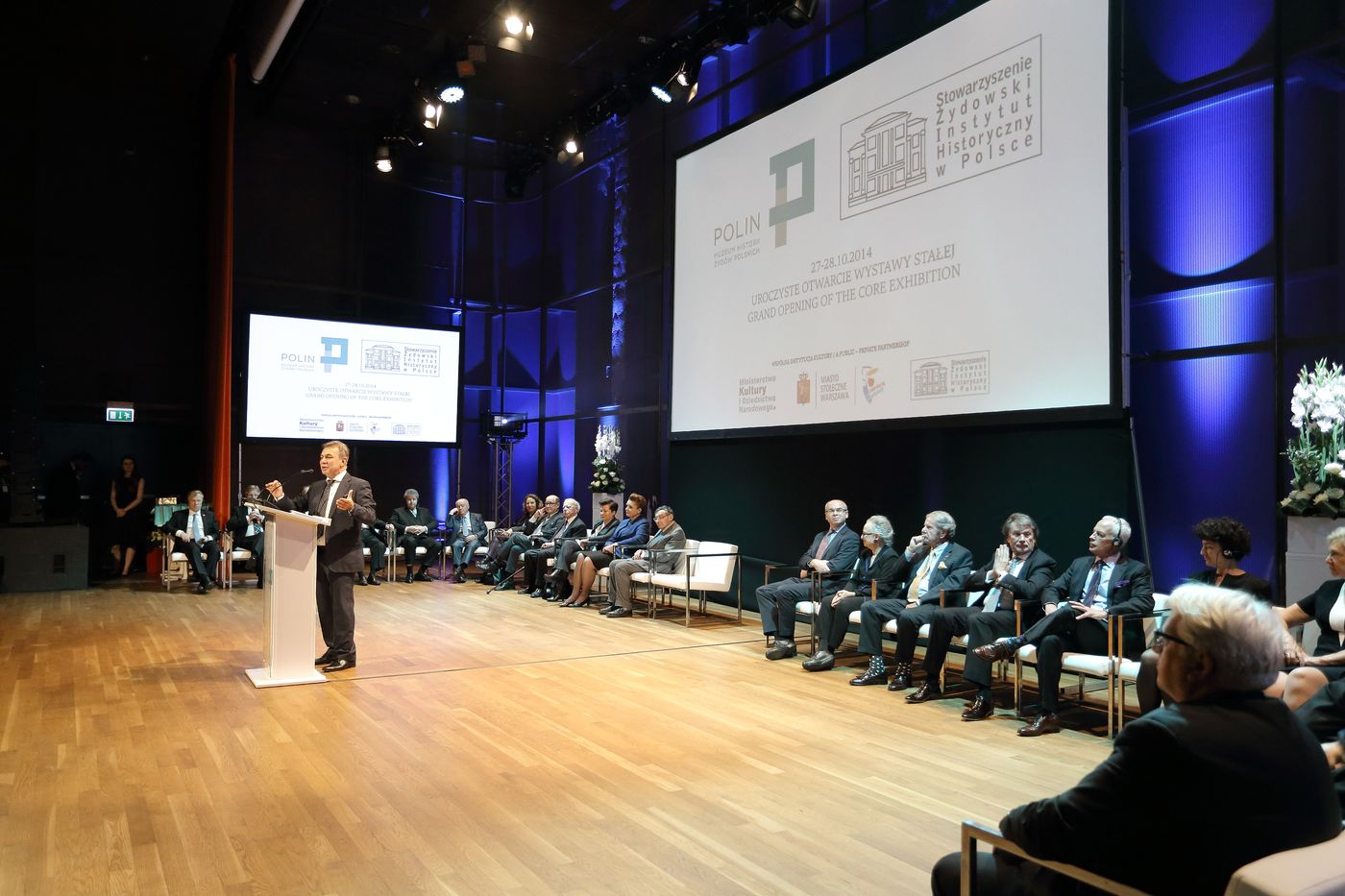 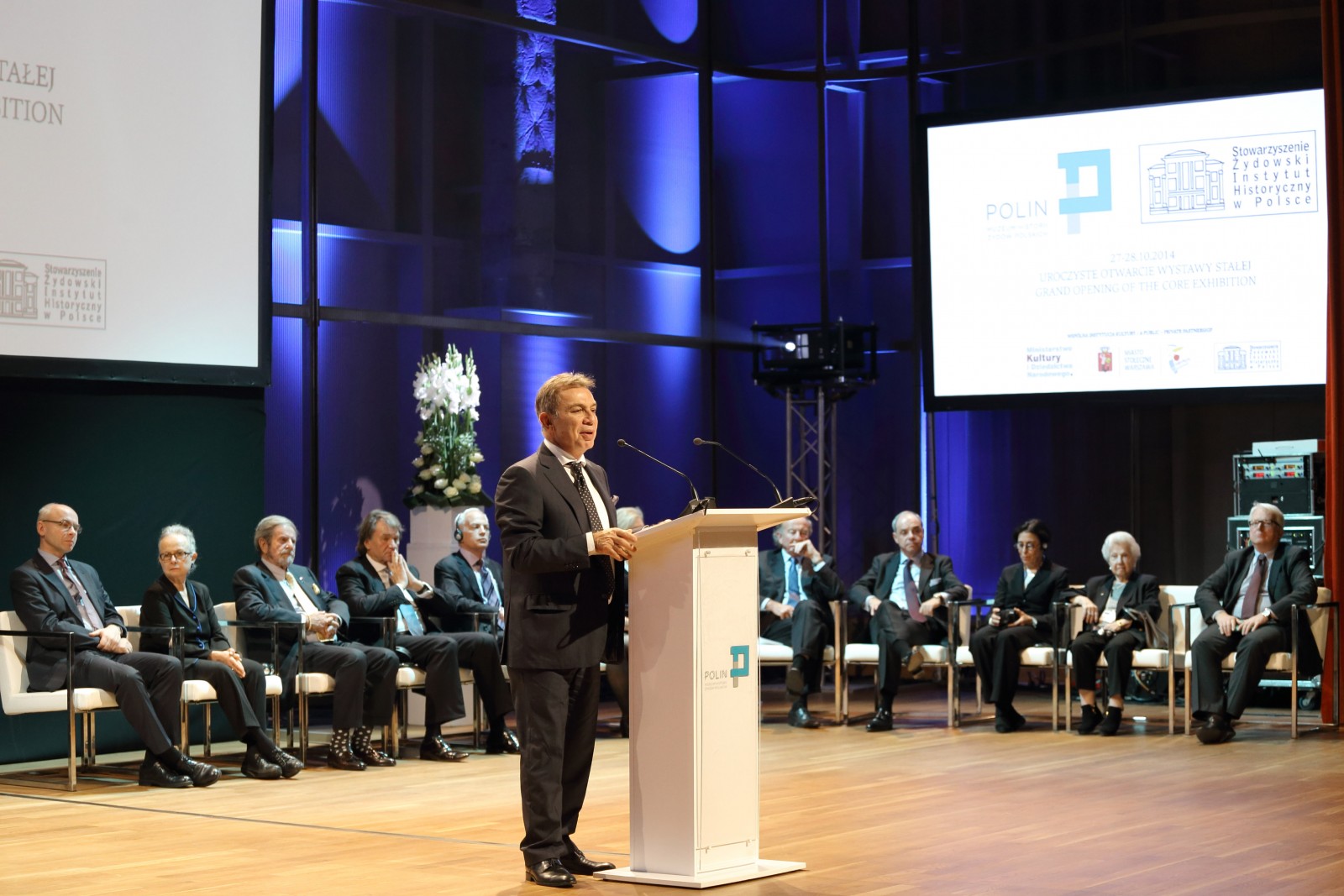 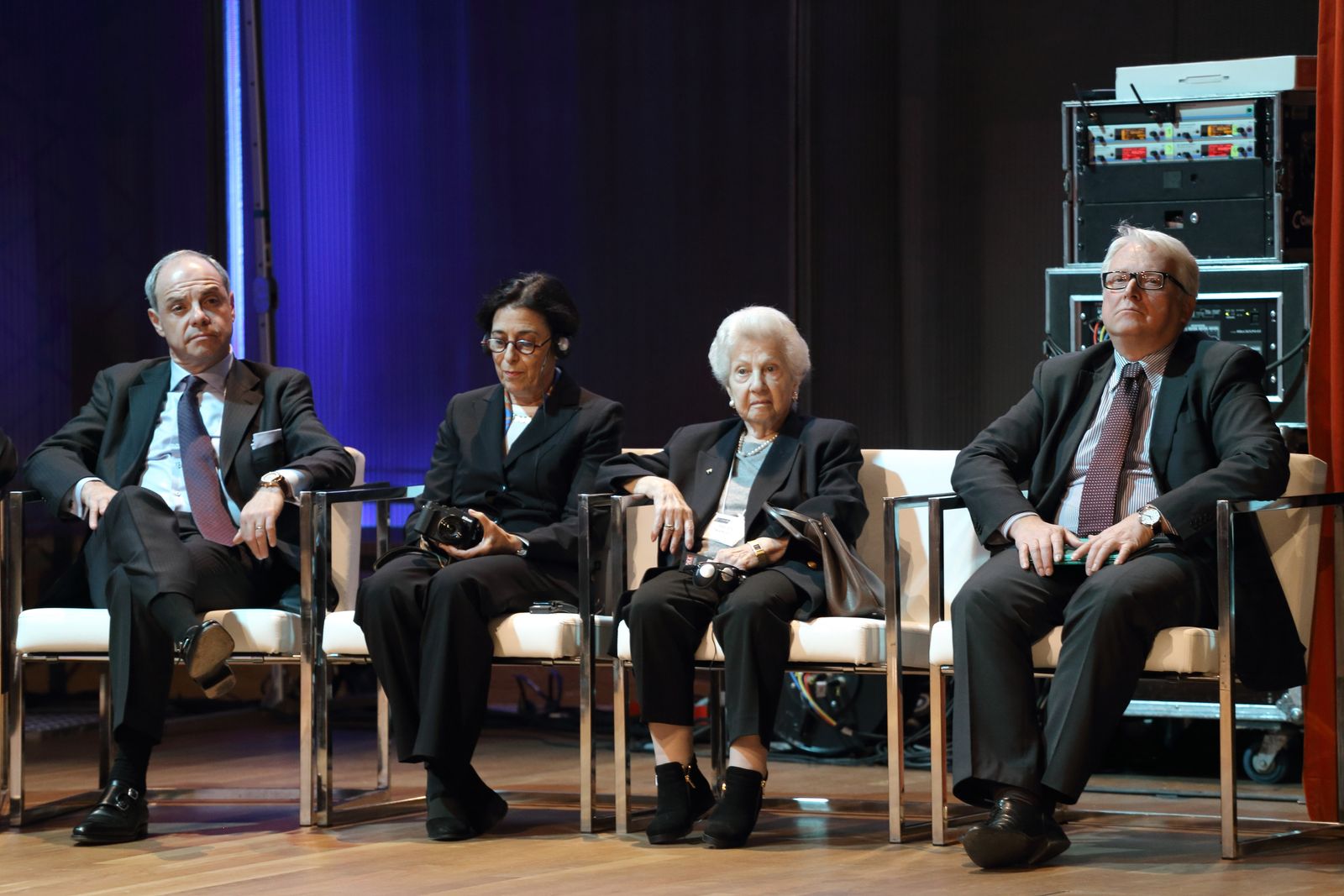 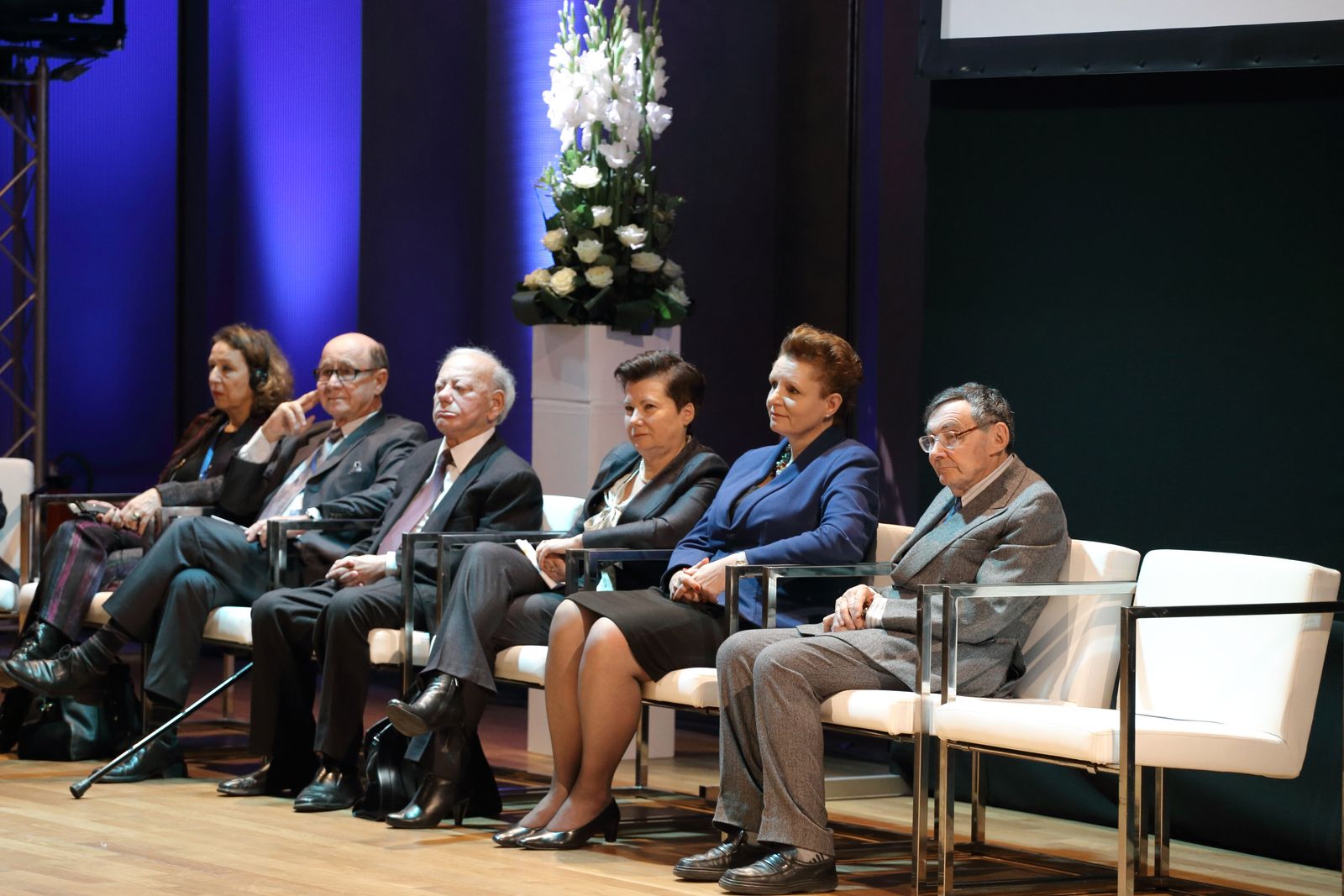 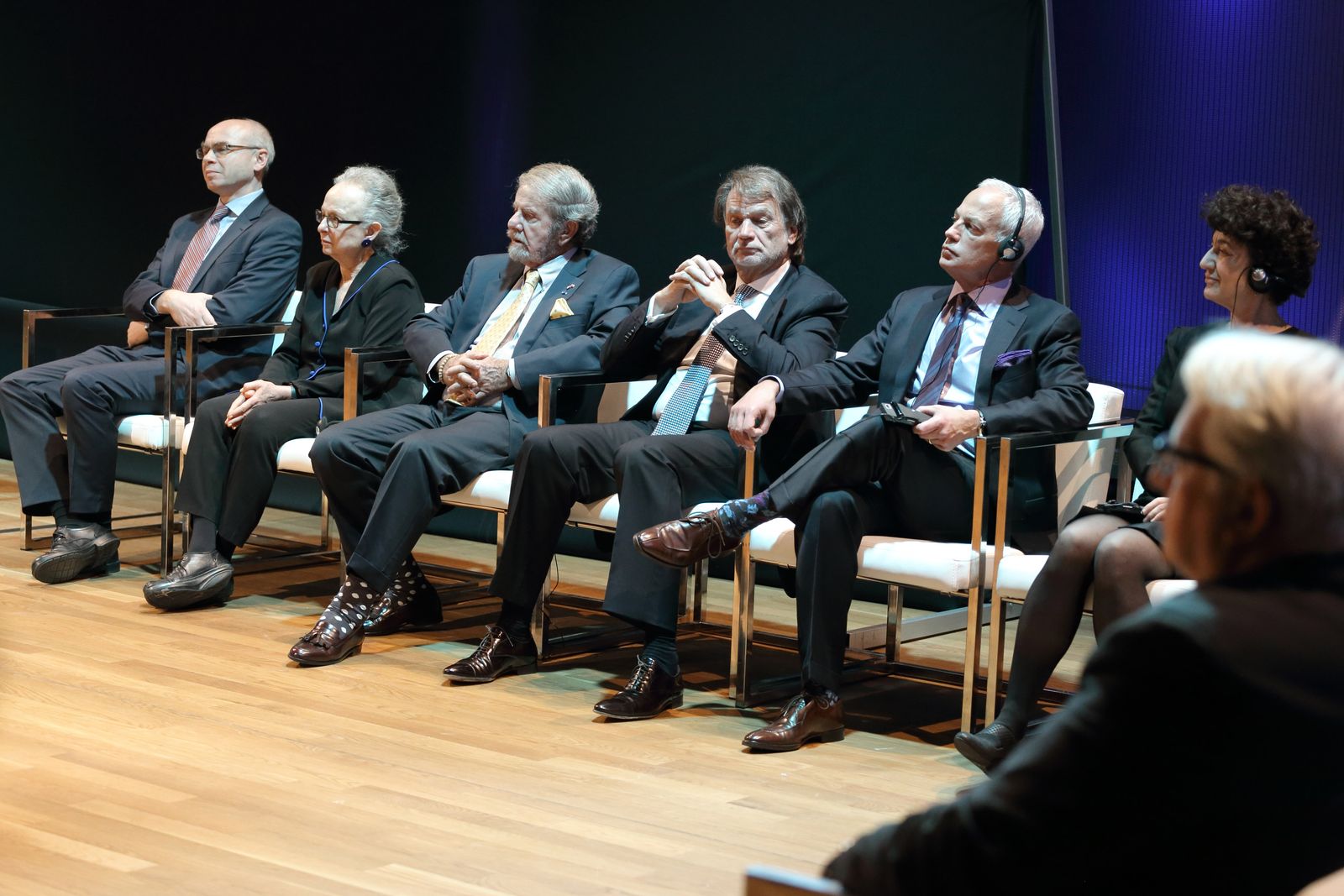 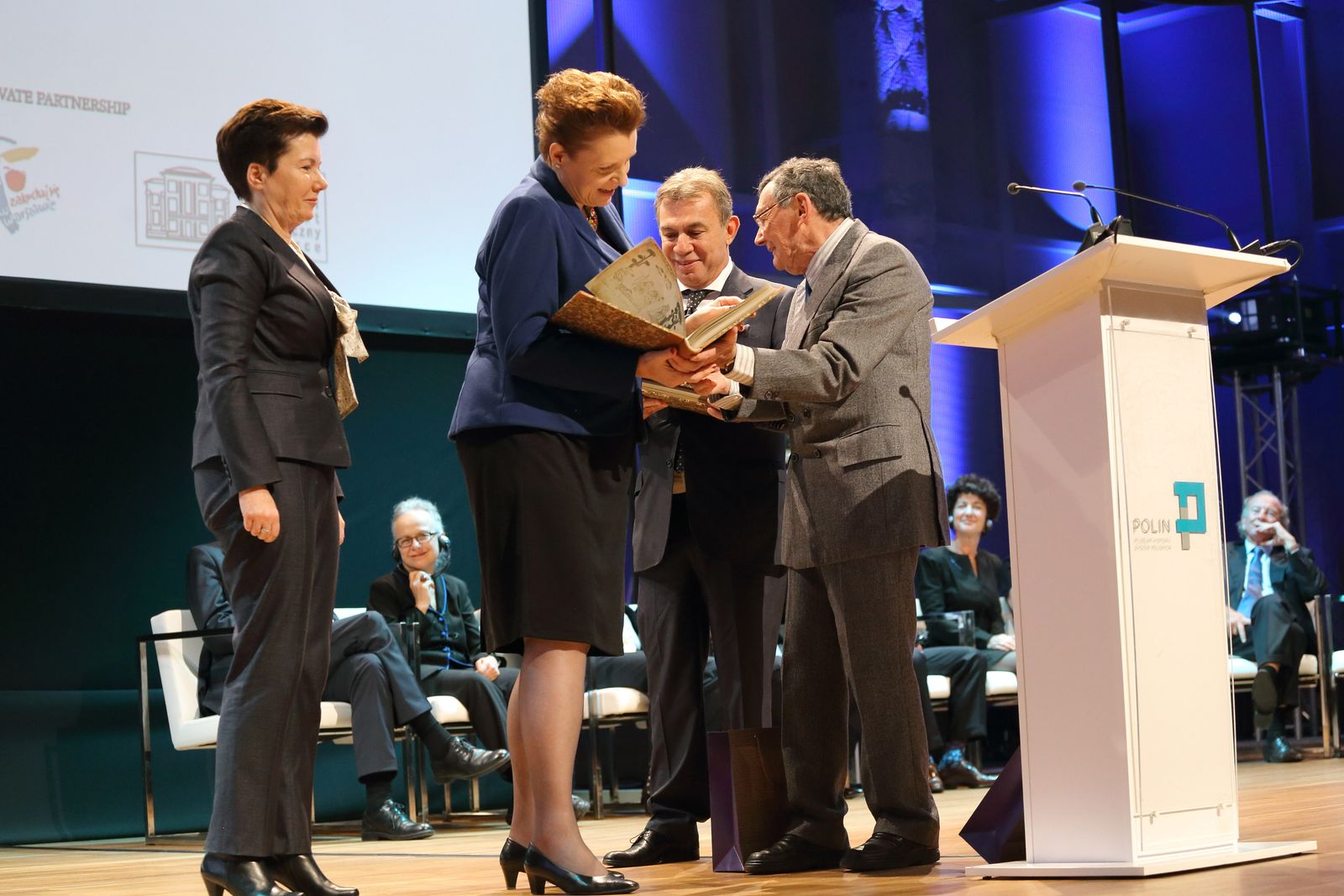 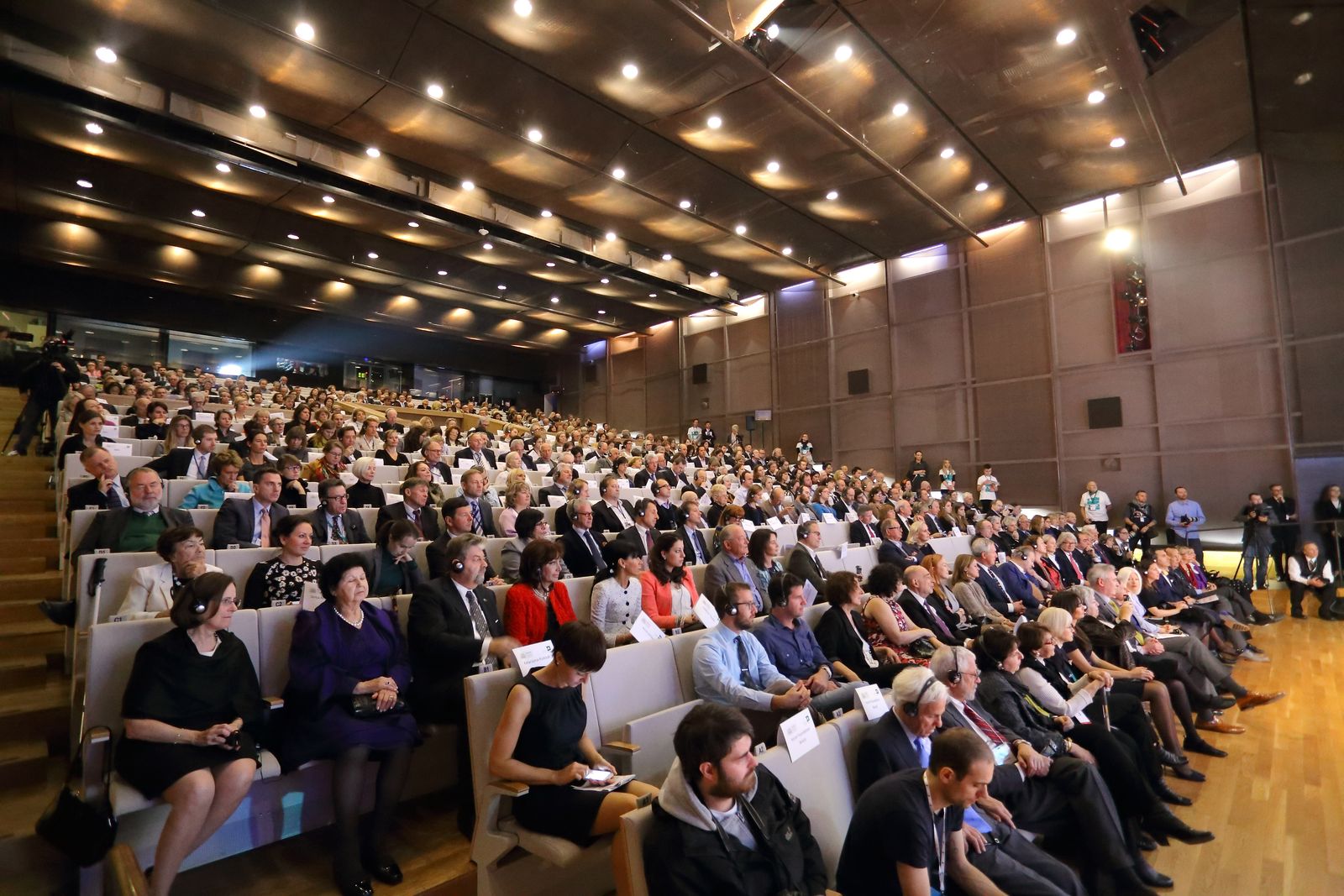 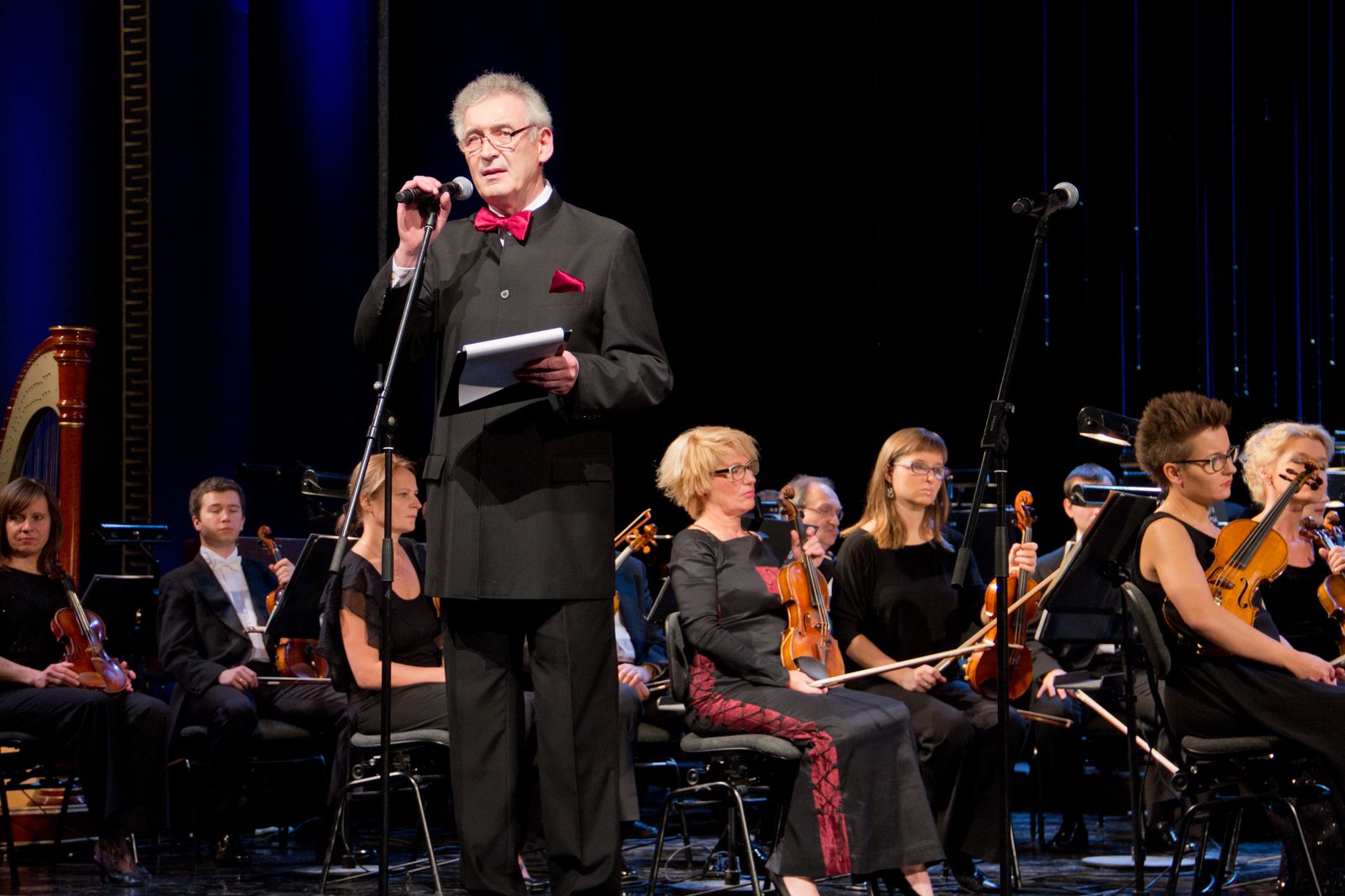 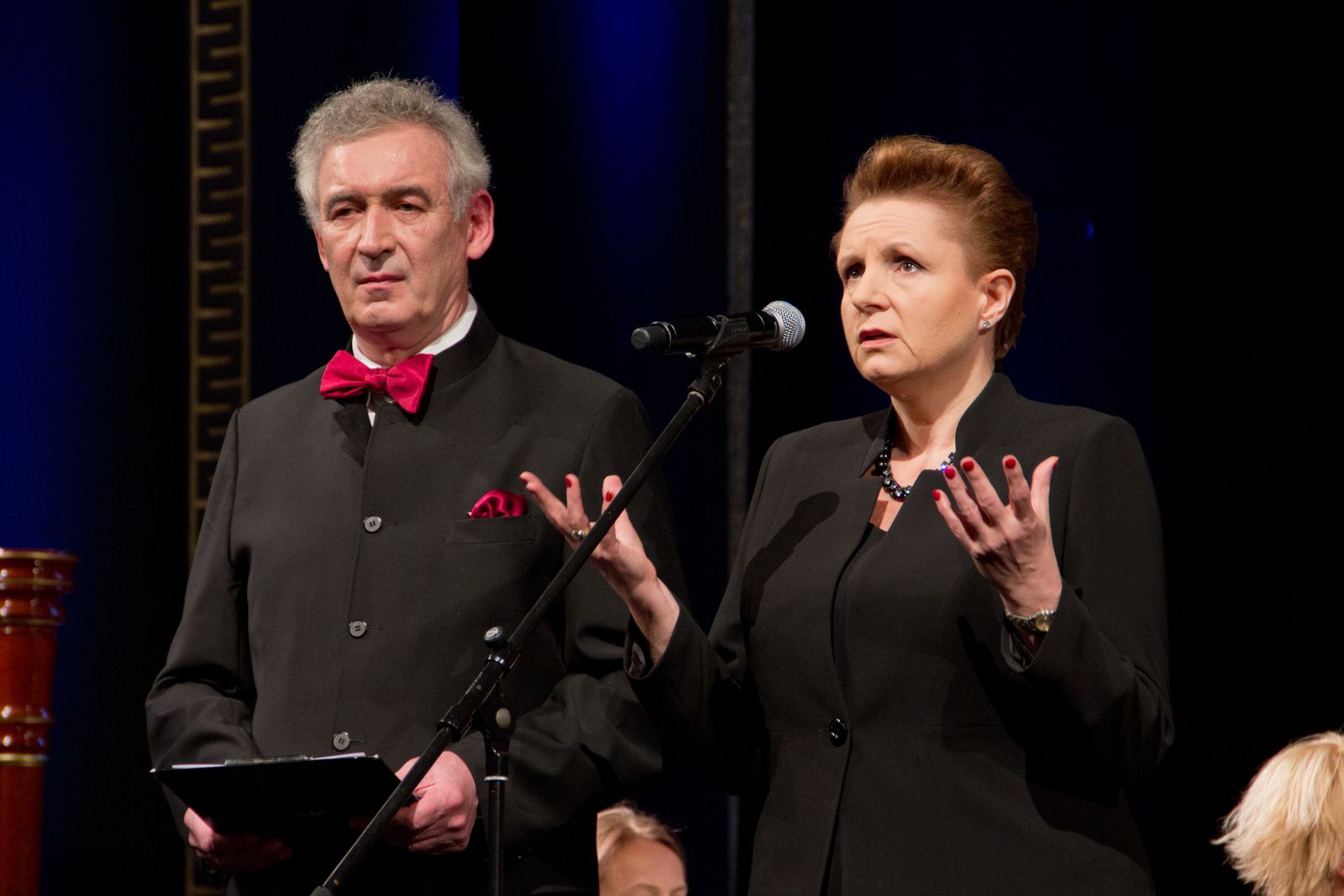 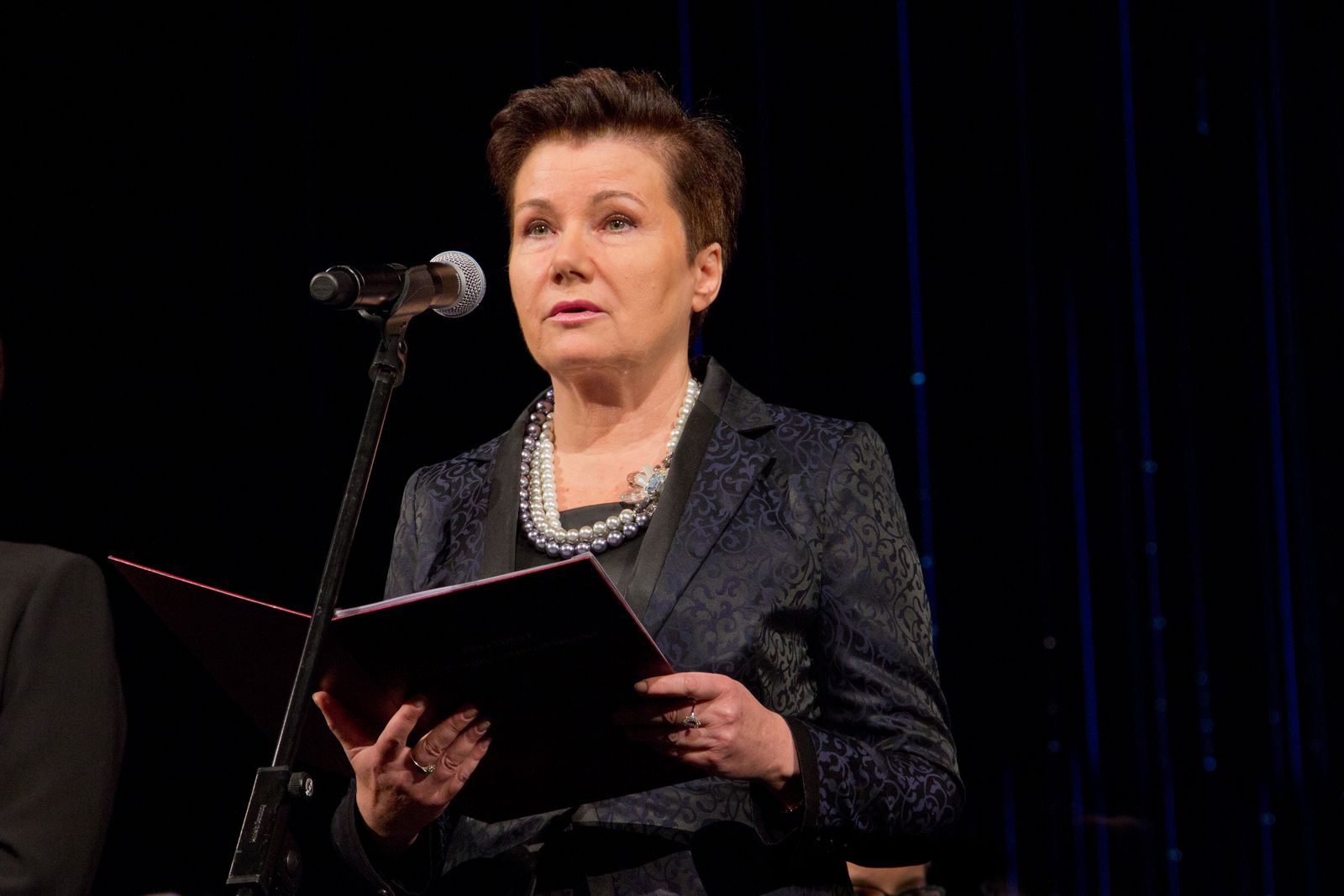 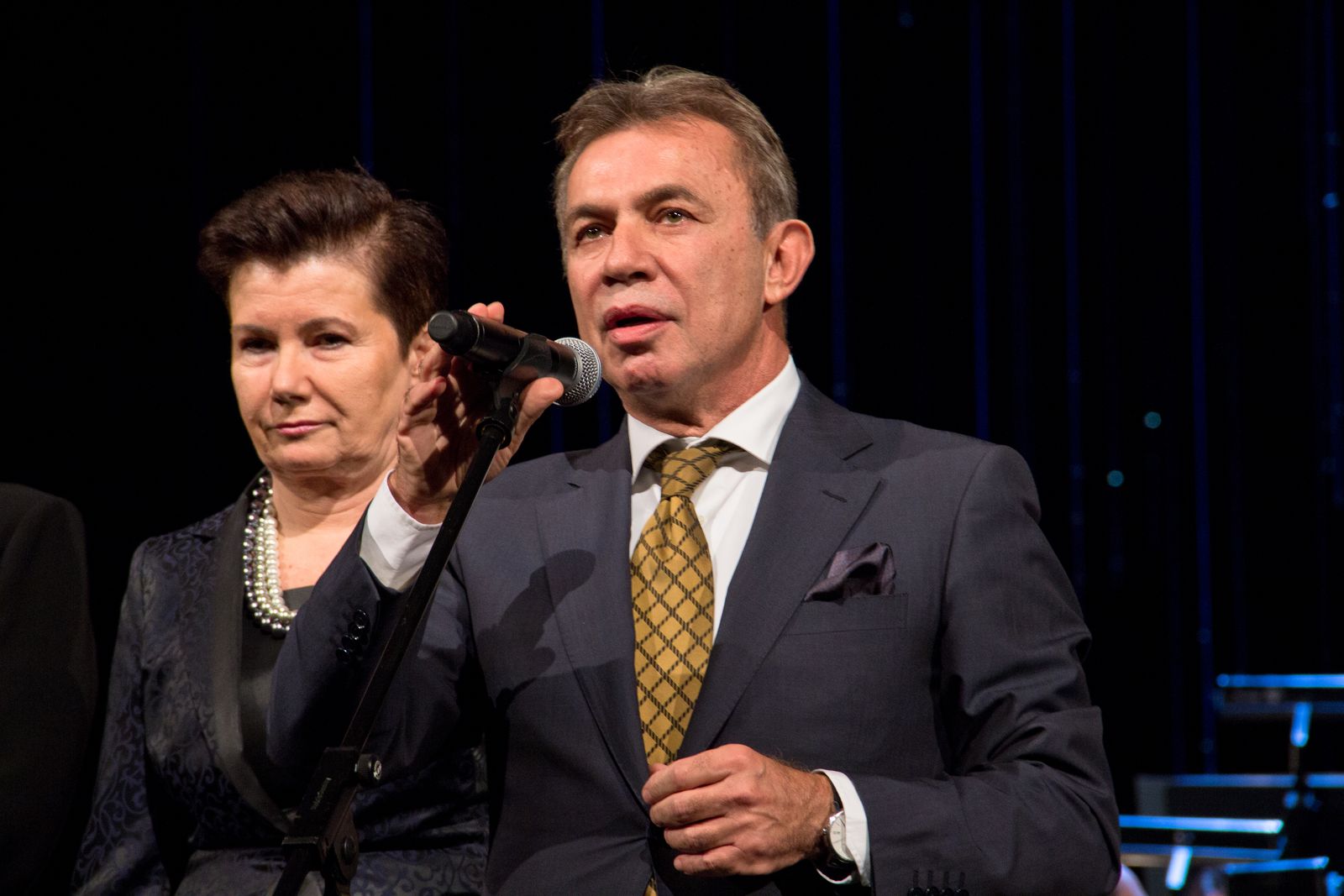 POLIN Museum could not have been created without the support, kindness and trust of hundreds of people. Among these countless individuals the benefactors form a special group – this was the message repeated time and again yesterday. For over 20 years, over 500 people supported us with their money, knowledge, influence, and by promoting the Museum. It is thanks to them that we were able to collect 165 million PLN (55 million USD), donated to the Association of the Jewish Historical Institute of Poland – the initiator of the Museum project which conducted the fundraising campaign and oversaw the production of the exhibition.

Their names, as well as the names of the institutions, companies, governments and organizations that lent their support, have been inscribed on a donors’ wall inside the Museum building. I call you friends and dreamers, said Piotr Wiślicki, Chairman of the Association of the Jewish Historical Institute, in his welcome speech, because for many years the Museum was our common dream. And now that dream has come true.

Almost 500 donors from all over the world listened to speeches by Marian Turski, Chairman of the Museum Council, Małgorzata Omilanowska, Minister of Culture and National Heritage, and the Mayor of Warsaw, Hanna Gronkiewicz-Waltz. The guests were also attentive to the words of Grażyna Pawlak, who, as Director of Organization and Information at the Jewish Historical Institute, conceived the idea of a museum of life to be created by the Association of the JHI.

Next, Wiktor Markowicz, a Founding Benefactor, Co-Chairman of the North American Council of the Museum of the History of Polish Jews, spoke. The official part of the meeting ended with speeches by the Program Director of the Core Exhibition, Barbara Kirshenblatt-Gimblett and the Director of POLIN Museum Dariusz Stola, who observed that the opening of the Core Exhibition marks the completion of one work, but that the Museum can only now fully embark on its educational and cultural quest.

After the gala in the Museum auditorium the benefactors began their tour of the Core Exhibition – a project which for many years they could only see on plans and visualizations. Seeing it for the first time was for many a very moving experience.

An emotional mood also prevailed throughout the evening gala concert at the Grand Theater – National Opera. The concert was attended by the President of Poland Bronisław Komorowski and his spouse, former president of Poland Aleksander Kwaśniewski, the Prime Minister of Poland Ewa Kopacz, the Marshall of the Sejm Radosław Sikorski, the Minister of Culture and National Heritage Małgorzata Omilanowska, former minister of culture and national heritage Bogdan Zdrojewski, and senior representatives of various religious denominations.

They were greeted by the Director General of the Grand Theater, a former minister of culture, Waldemar Dąbrowski. He announced the concert, featuring the world-renowned orchestra Sinfonia Varsovia conducted by Andres Mustonen, with soloists Aleksandra Kuls (violin) and Marcin Zdunik (cello), performing Aleksander Tansman’s Polish Rhapsody, Mieczysław Weinberg’s Fantasia for cello and orchestra op. 52, Grzegorz Fitelberg’s Song of the Falcon op. 18,  Ignacy Waghalter’s Concerto for violin and orchestra in A major, op. 15, and the Polonaise symphonique op. 52 by Karol Rathaus.

The music of Jewish composers continued to reverberate in the audience’s ears, as did the words of Museum Founders: The Museum is a keeper of the memory of the history of Polish Jews, its bright and dark chapters, said Mayor Gronkiewicz-Waltz. I am proud of our magnificent common work, I am proud to be a Polish Jew – added Piotr Wiślicki, Chairman of the Association of the JHI. A country’s greatest resource are its people. Thanks to your gift this museum has come into being, and thanks to the Museum, we will be enriched as a nation. Many of you left Poland against your will. I allow myself to interpret your donation as a gesture of reconciliation and forgiveness. As a gesture of trust, that free, democratic Poland is ready to receive what your carry in your hearts, said Małgorzata Omilanowska, Minister of Culture and National Heritage, in her address.