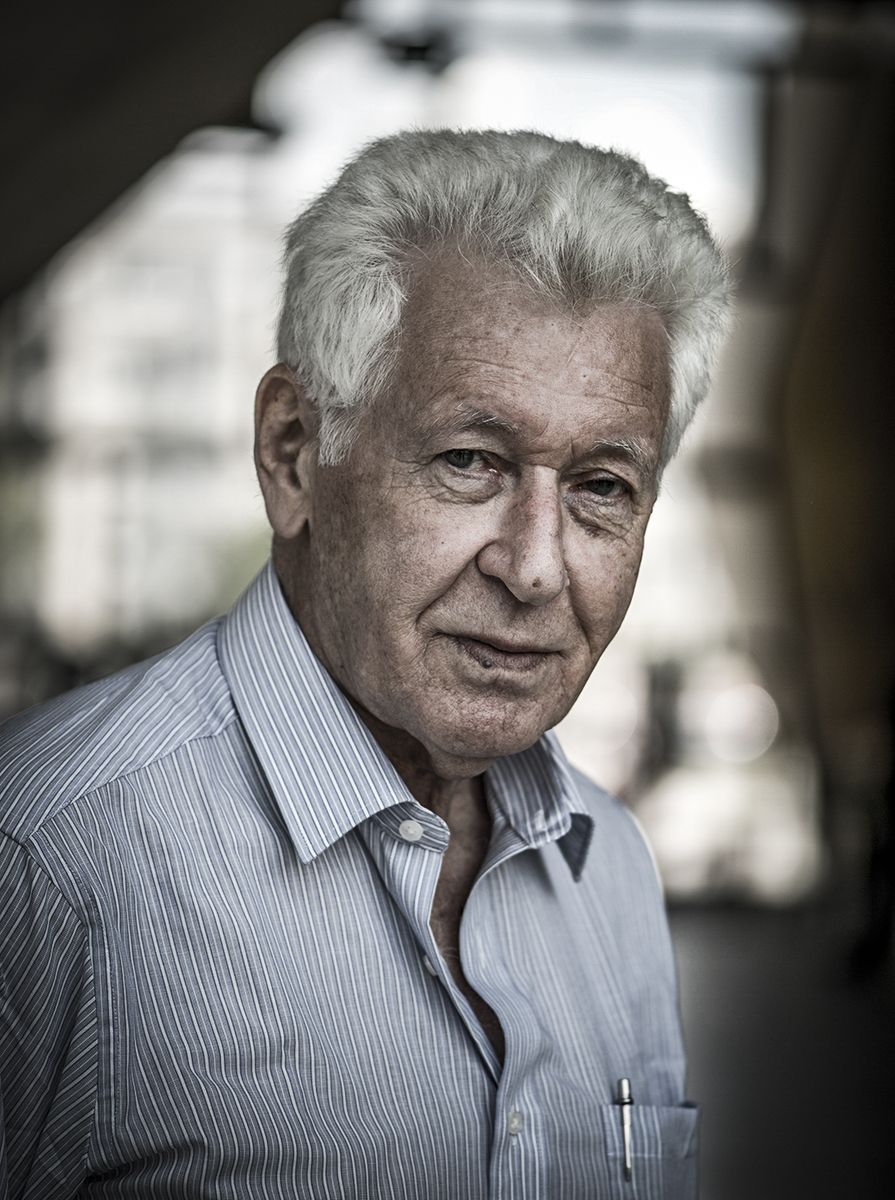 “My first recollection is sitting alone on a train, a blue-wrapped parcel next to me. I think I was weeping,” recalls Mati Greenberg.

The boy was alone. The parcel wrapped in blue paper contained: a note informing that his name wass Tolek Wajnsztajn and that he was three years old; and a request to take care of him. It also contained some little jumpers, shirts and suspender trousers.

He was riding back and forth from Mińsk Mazowiecki to Warsaw. After a few hours, Wanda Bulik got on the train. She took the boy to her house in Wesoła.

At home it turned out that the boy was circumcised.

The Buliks took care of Tolek nonetheless. “You can’t just leave a child in the street,” they said many years later. They owned a bakery, so the family did not suffer from hunger. “They treated me like their ownown child and I treated them like my real parents, brothers, relatives. I playedwith other children in the bakery, jumping over the sacks. Once, I fell into a barrel full of flour and I emerged all white. Together with my grandmother, we used to go to the forest to pick mushrooms or blueberries. I still remember potatoes with dill, butter and sour milk. The taste of my childhood”.

Mati knows very little about his real family. “My parents, Cyla and Mieczysław (Mietek) Wajnsztajn, lived at number 15Chłodna Street, . I am not entirely sure if I spell Wajnsztajn correctly”. Thanks to Antonina Liro, a family friend, Mati was taken out from the Warsaw Ghetto shortly before its liquidation. The rest of his family perished.

After the war, Tolek began first grade at school. “Six months later a car pulled over,  an officer, a captain, and a couple came out. The couple claimed to be my parents and  came to take me with them. Obviously, I didn’t want to go. Somehow, they managed to convince me and took me to Warsaw. We left the country in 1946”.

After the distressing separation, Tolek lost contact with the Buliks and with Poland. His name was changed to Mati Greenberg. When he was twenty years old, he found out that his guardians were not his real parents. He joined the army in Israel and became a professional soldier. He suppressed his wartime memories for many years.

“And then, all of a sudden, some lady asked me whether I wanted to take part in a movie about children looking for their families, and I agreed. The film was broadcast in both Polish and Israeli television. One day, as I was going through my mail, saw a brown envelope addressed to me, with a Polish stamp on it. I looked at the back of it –it said Antonina Liro. I had no idea who that was. I opened the letter. I started reading and suddenly felt all the blood rushing to my head.I collapsed on the chair. I was in Warsaw a couple of days later”. In Warsaw, it turned out that Wanda Bulik was looking for him too. They finally met.

“Until 1990, I didn’t believe that I would ever be able to come to Poland; I didn’t think it possible. Poland was behind the Iron Curtain”. Now Mati visits the country regularly and, while there, he meets with the Buliks and the Liros.

“It felt strange at first. When I came here for the first time, I felt something strange, like déjà vu. Something familiar. I haven’t had this feeling in any other place in the world. I felt as if, I don’t know… it was more than just being at home. My home is in Israel, but Poland will always have the second place”.

From the  POLIN Museum of the History of Polish Jews oral history collection. Interview conducted on 2 July 2014.

Witness accounts are recorded within the framework of the project Neighbors–Witnesses. Objects, People, Stories realized as part of the Jewish Cultural Heritage program.