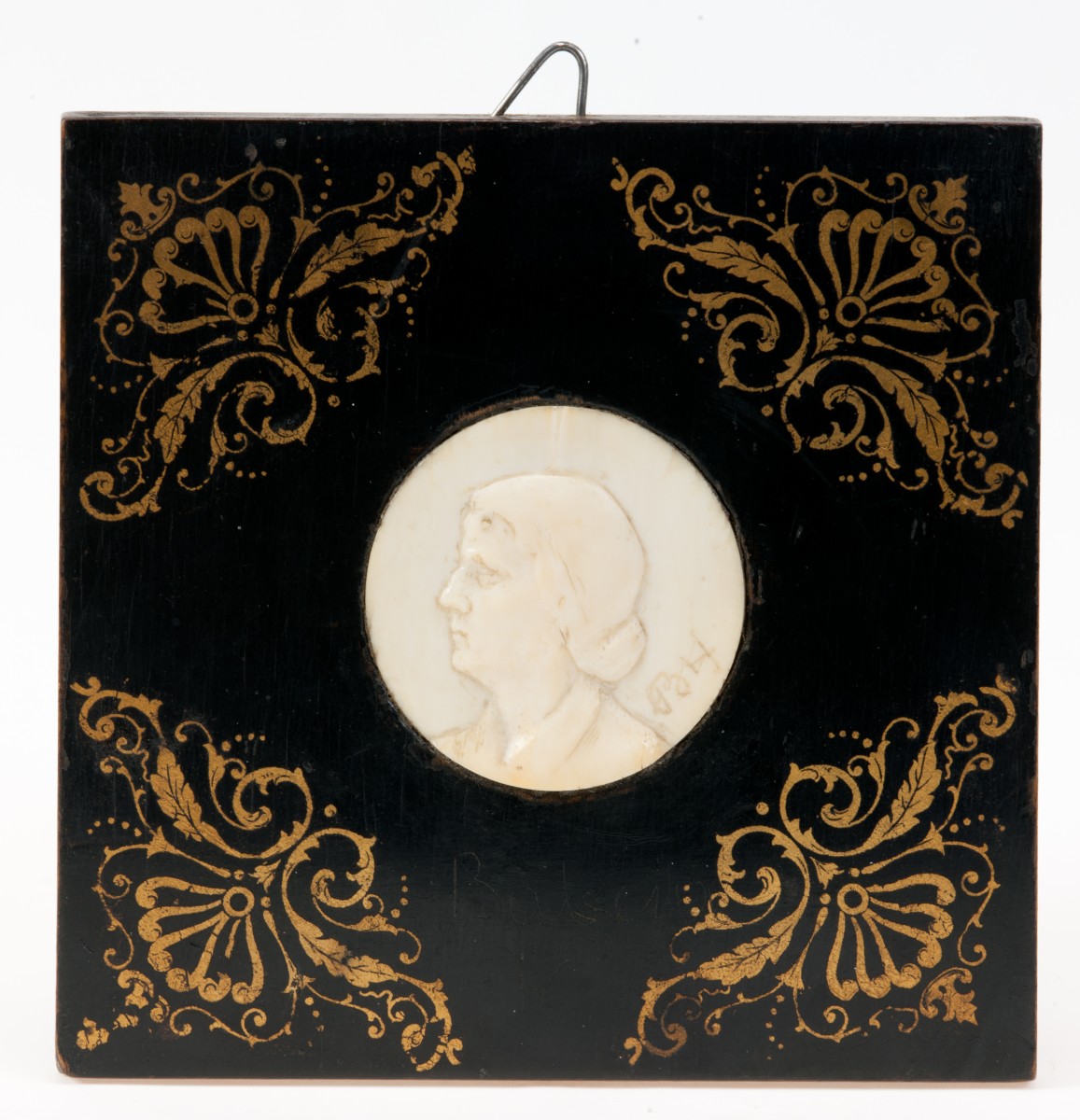 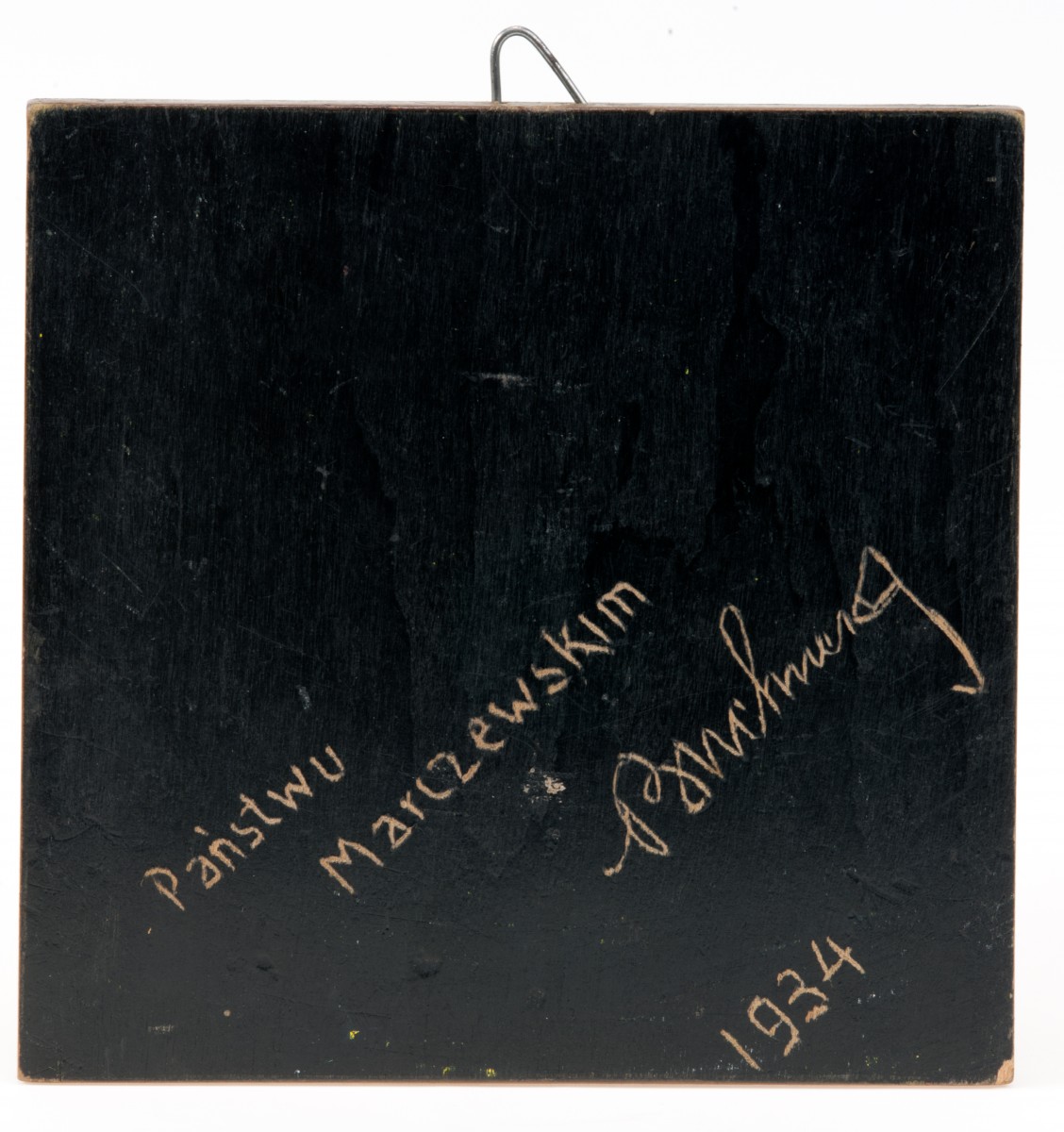 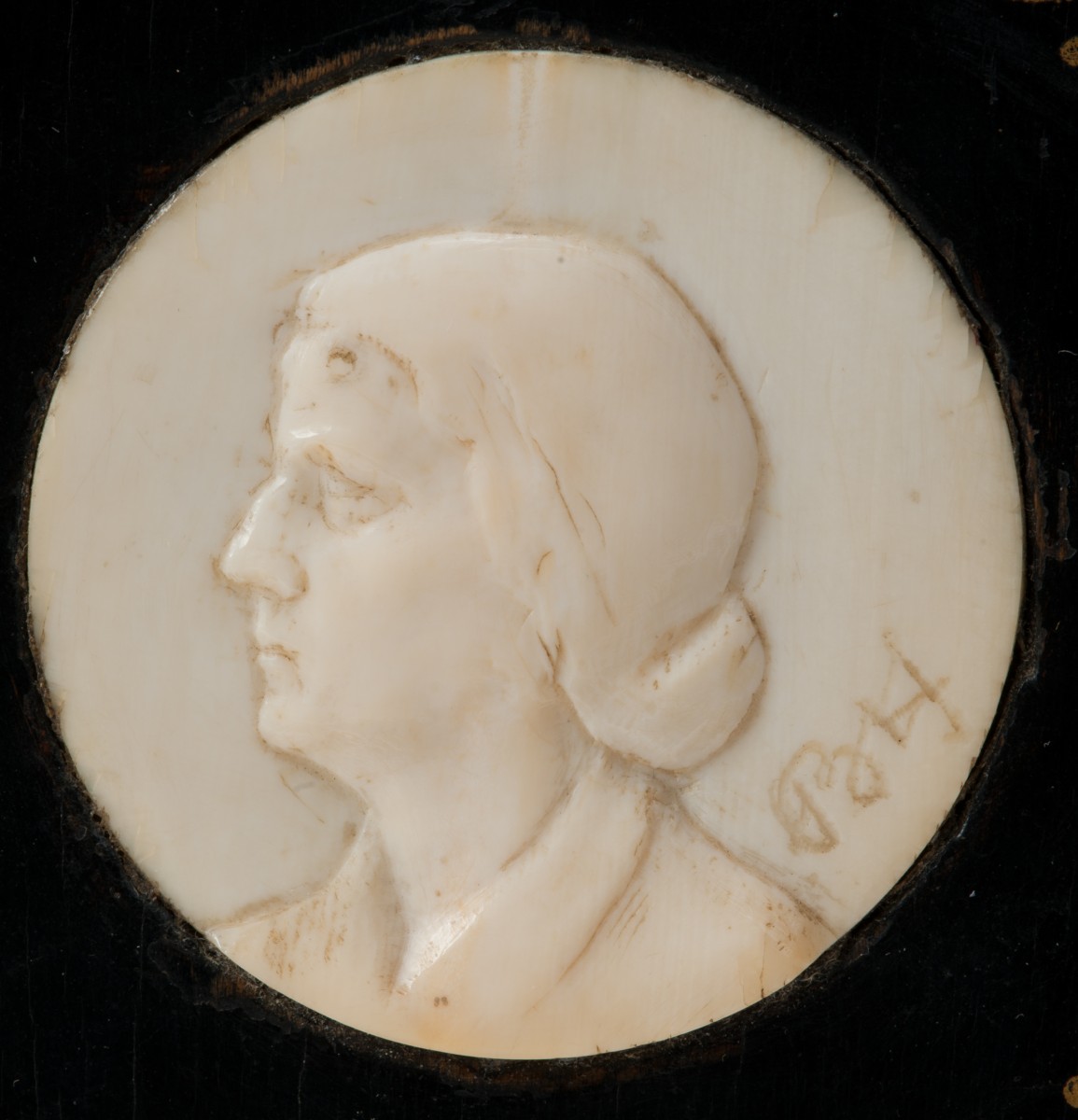 Portrait medallion made of ivory, framed in wood. Dedication on the reverse: "To the Marczewski Buchner family, 1934." Donated by Zygmunt Marczewski.

Ignacy Icchak Buchner was a sculptor and textile designer in one of the textile factories in Zawiercie. The medallion was his gift to a friend – Zygmunt Marczewski’s mother. Zygmunt’s father, head of one of the metalworks in Zawiercie, was Buchner’s friend:

"We celebrated all family occasions together. The Buchners were present throughout my entire childhood. I used to call him ‘uncle’ […]."

When the war broke out, both families decided that the Buchners’ only daughter would stay with the Marczewskis’ grandparents in a village. She did not stay there for long, though.

"We saw what was coming. We kept receiving horrendous news. […] That is why we were startled when one day Buchner turned up in the village and took 9-year old Lidzia back to town. My father tried to convince him to leave his daughter in hiding, but Mr Buchner was adamant. He claimed he had spoken with the Germans and they had assured him they were safe."

Soon, the Marczewski family received dreadful news – the Buchners were murdered. "We felt as if members of our own family perished. My parents wept, I felt shattered […]."

The only things left after the Buchner family were the memories and this medallion.

COME AND SEE. The medallion is available for viewing at the exposition at the POLIN Museum Resource Centre >>