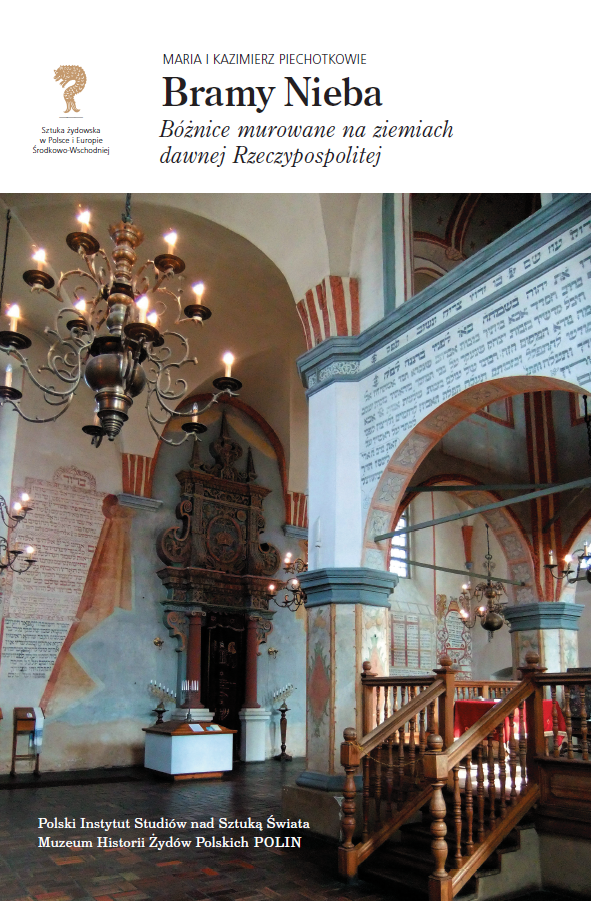 The second volume of the monumental work by Maria and Kazimierz Piechotka is devoted to masonry synagogues built in the lands of the former Commonwealth of Poland and Lithuania–in other words, in most of the territory of present-day Poland and a large part of Ukraine, together with the whole of Lithuania and Belarus, and also a part of Moldova (on the left bank of the River Dniester). The greater part of the world’s Jewish population lived in these territories in modern times and in the nineteenth century, comprising around 10% of the total population of these lands.

Nineteenth and early twentieth century emigration, and above all the Holocaust which took place during the Second World War, resulted in the almost complete disappearance of the Jewish population from these territories. Memorials of the past remain, however, in the form of synagogue architecture represented in drawings, photographs and other materials, as well as in the surviving urban framework of towns in which Jews once lived.

In contrast with wooden synagogues, which were almost completely obliterated by Nazi Germans during the Second World War, masonry synagogues, although mostly destroyed, with the remaining ones devastated also after 1945, have to a certain extent survived to the present day.

Following conservation and reconstruction, they have become a vital element in the cultural heritage of Poland and of Central-Eastern Europe.

Publisher: POLIN Museum of the History of Polish Jews and Polish Institute of World Art Studies