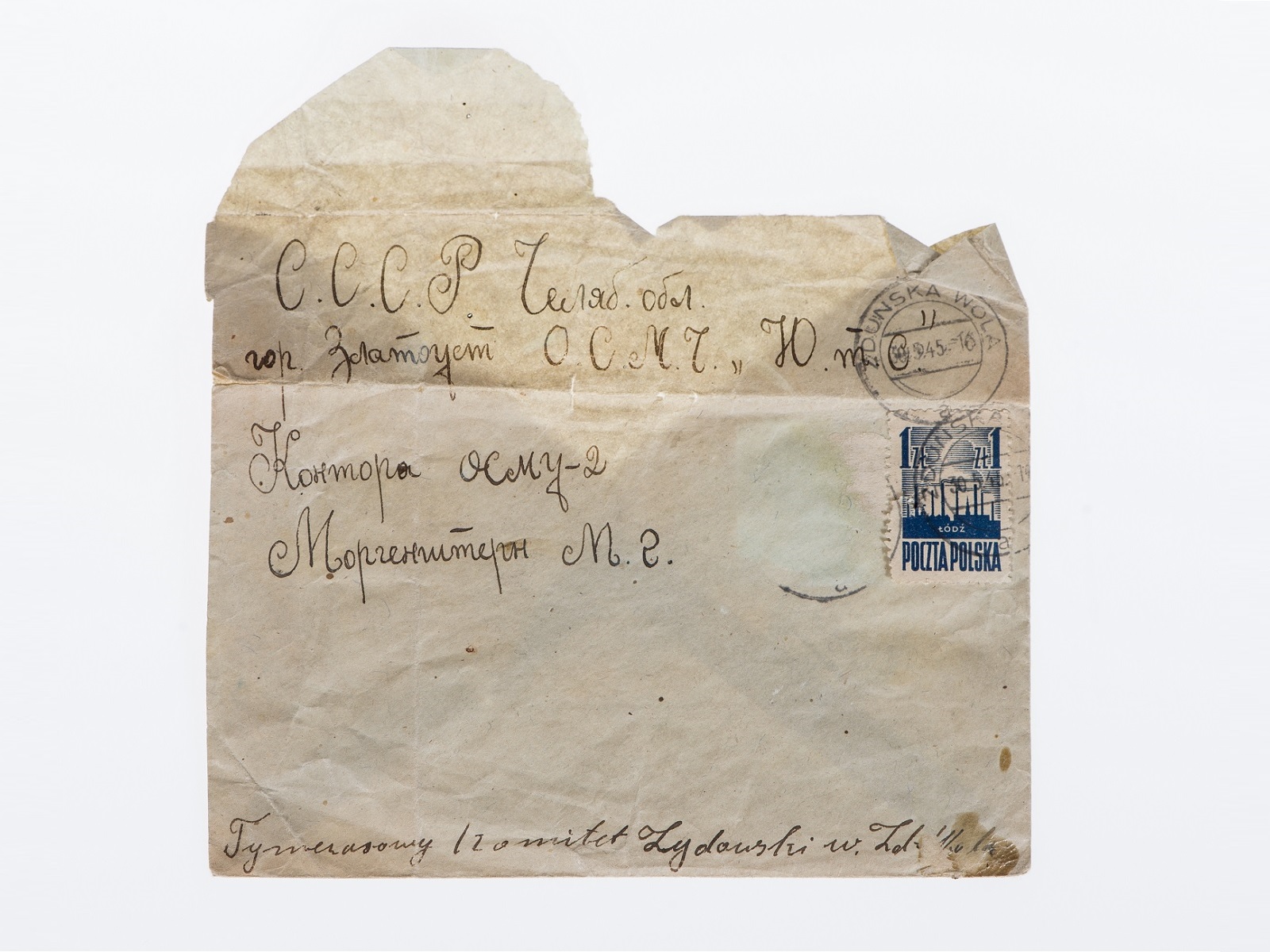 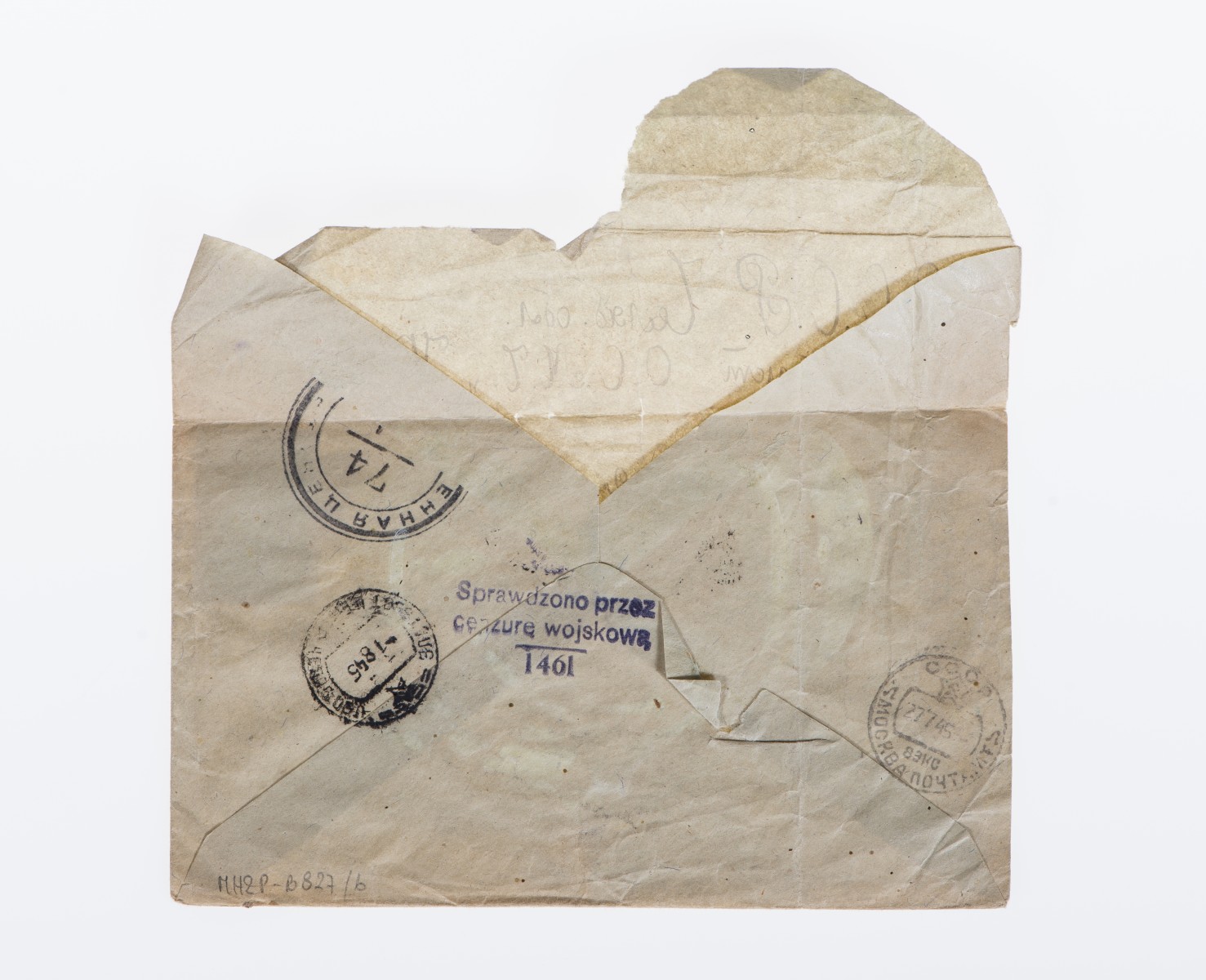 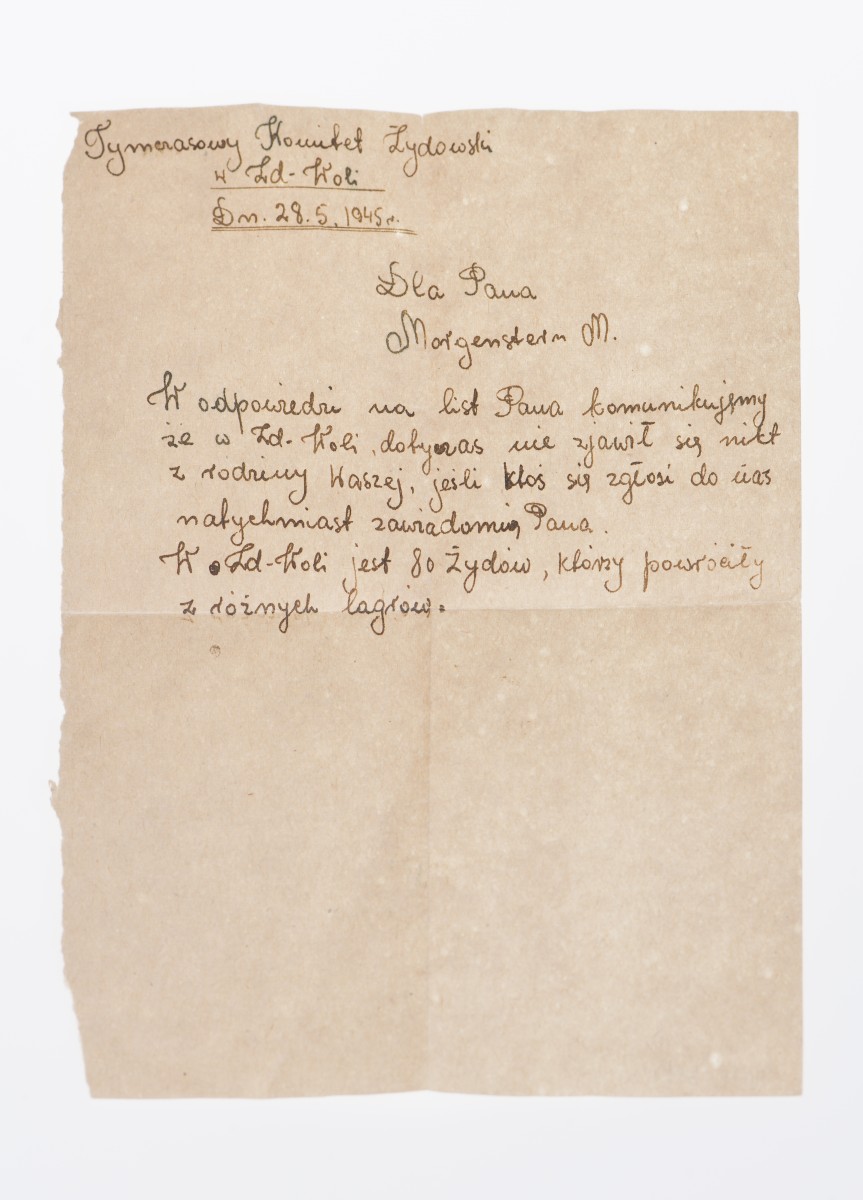 A letter, stored along the photographs of friends, belonged to Bracha Nimand, nee Morgenstern. At the time of the outbreak of World War Two, Bracha vel Bronia Morgenstern was a young girl from Zduńska Wola (a town in central Poland).

She must have had a strong, decisive personality – in her youth she was a member of Ha-shomer ha-tzair, an international Zionist youth organization.

When the war broke out, Bronia decided to flee to the Soviet Union. She was the only member of her family to do so. There, she met Herman Niemand (Nimand) from Lviv. They survived the war together.

After the war, Bronia returned to her hometown in search of her relatives. She wrote a letter to the Provisional Jewish Committee in Zduńska Wola which engaged in registration of the survivours. Alas, the reply she received on 28 May 1945 left her with very little hope:

"In response to your letter, we would like to inform you that so far no member of your family approached us. Should anyone turn up, we will contact you immediately. In Zduńska Wola there are currently 80 Jews who came back from various lagers.".

Bronia and Herman had a daughter whom they called Felicja. The family ultimately settled in Szczecin. They resided in Poland until 1968

The bag of photographs is the only keepsake from Bronia’s family home that she kept. Her entire family from Zduńska Wola perished in the Holocaust.

Bronia never found out what had happened to them.