Polin Academy Summer Seminar has come to an end 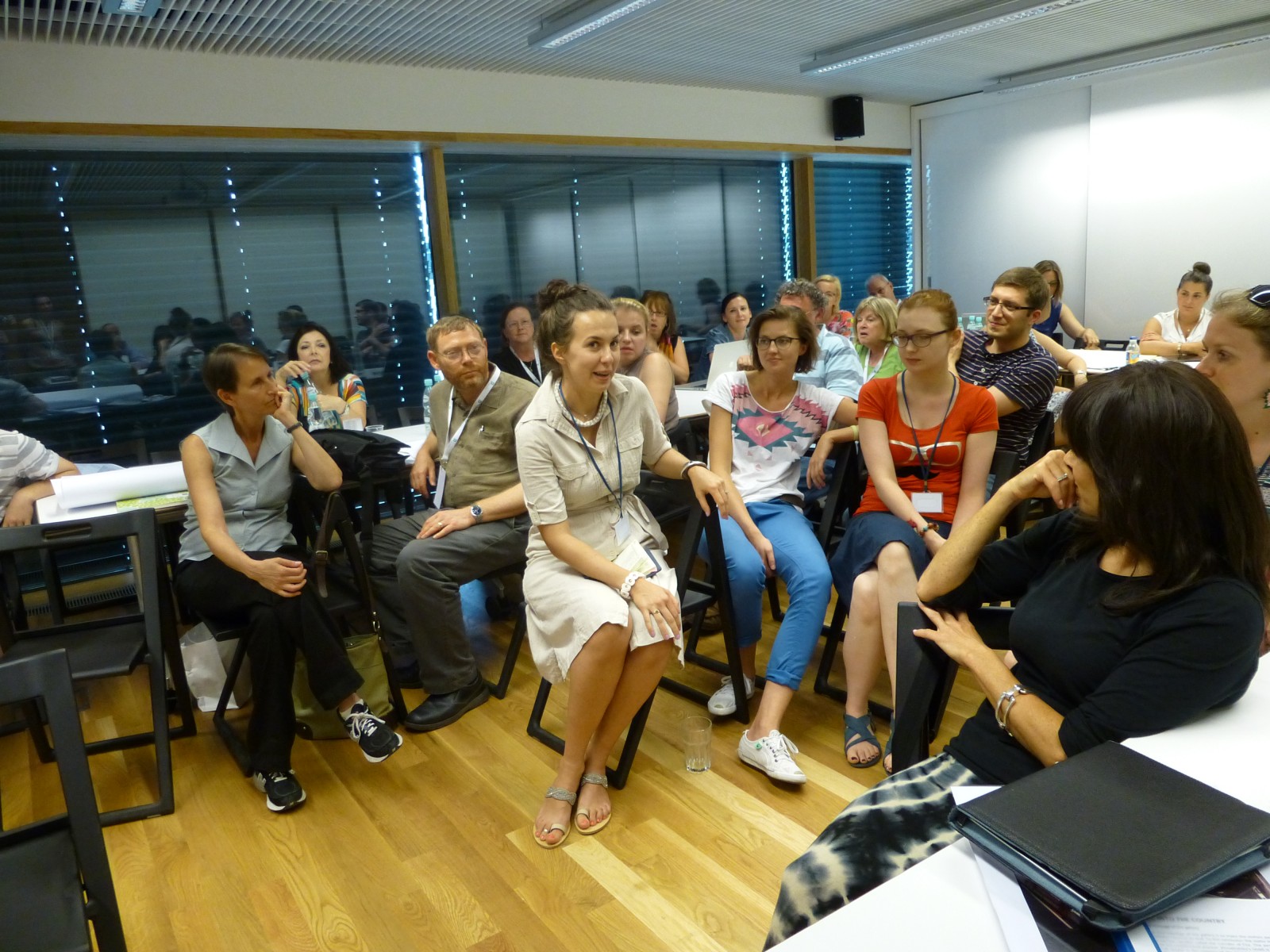 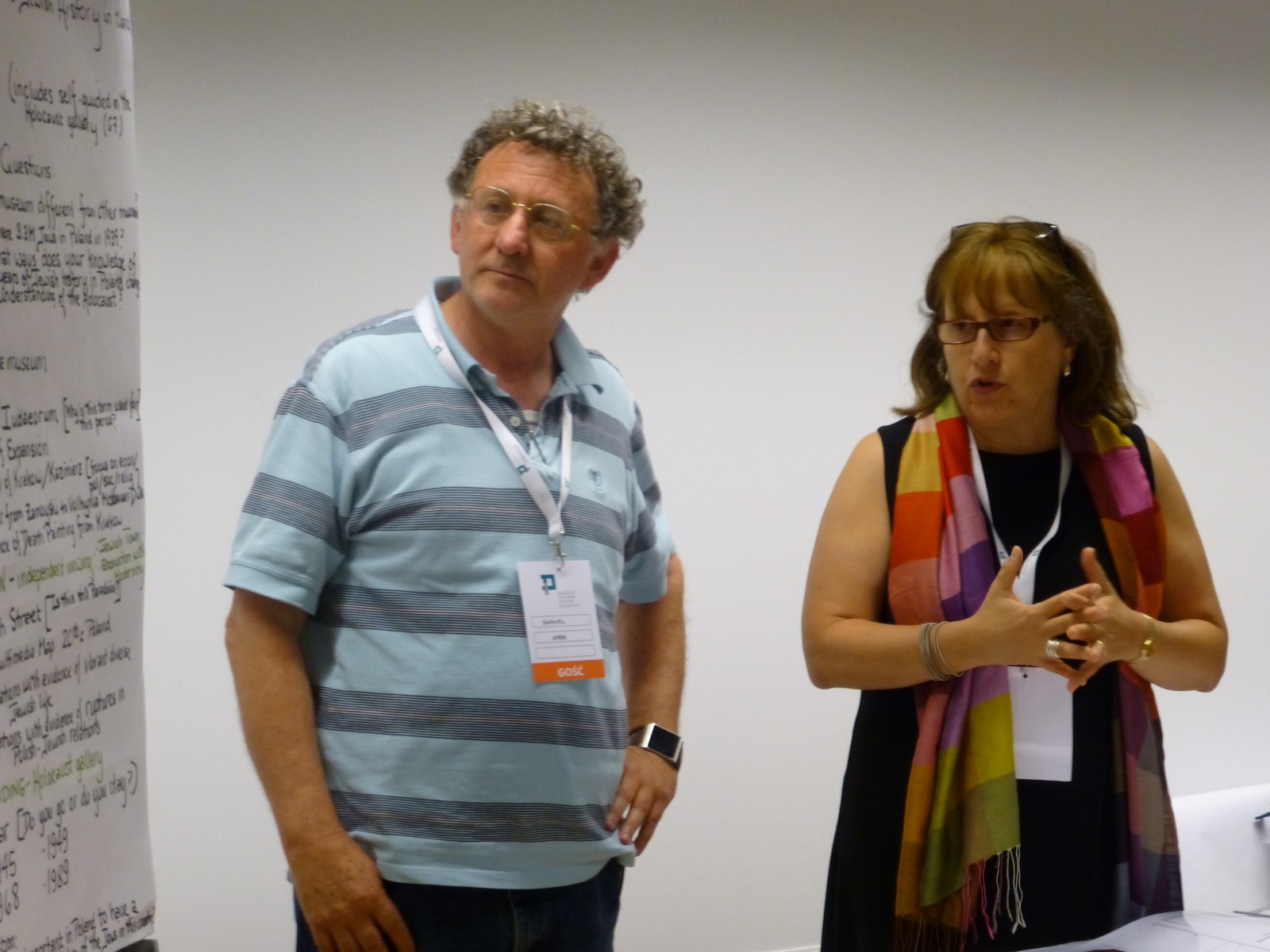 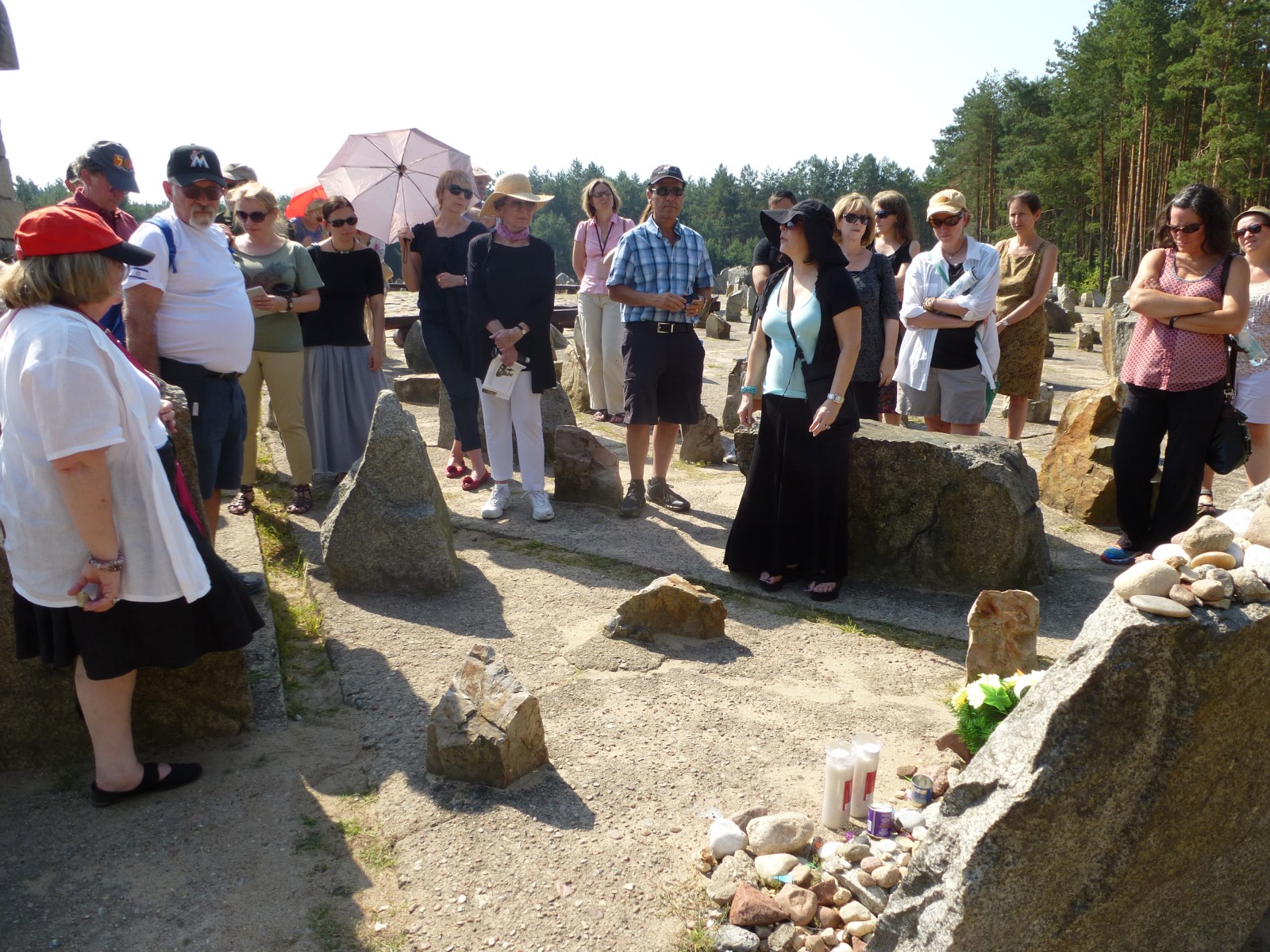 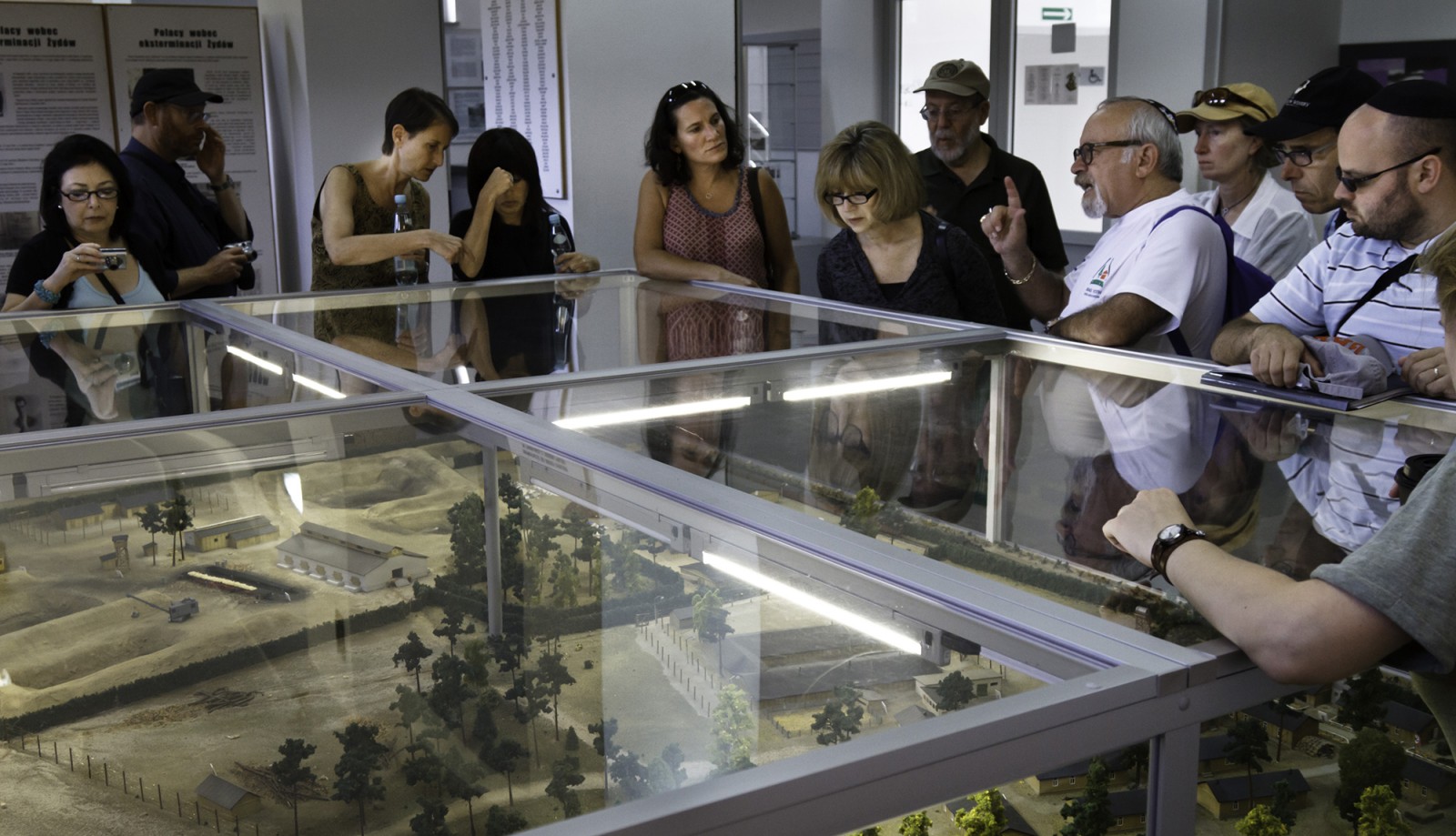 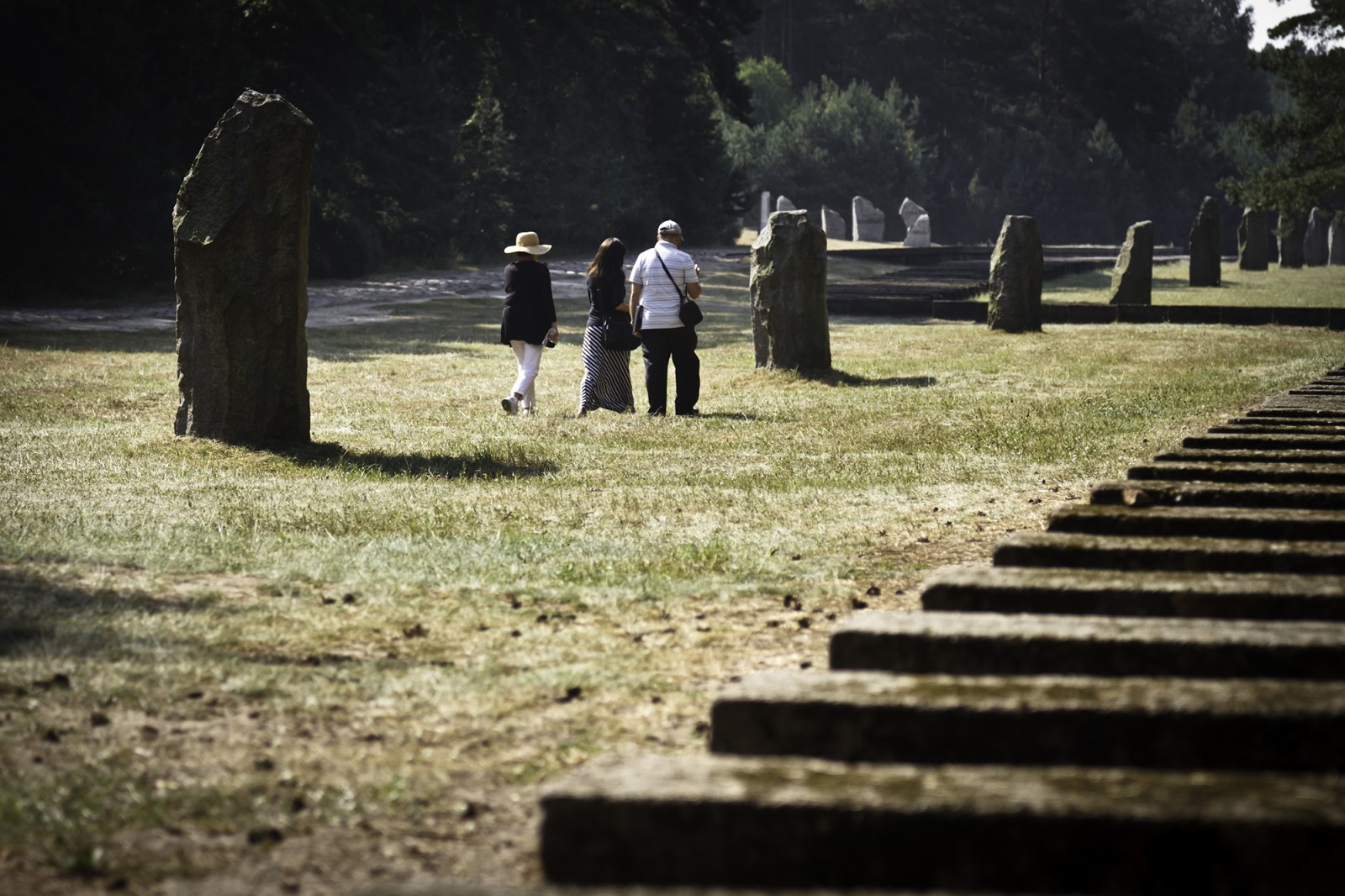 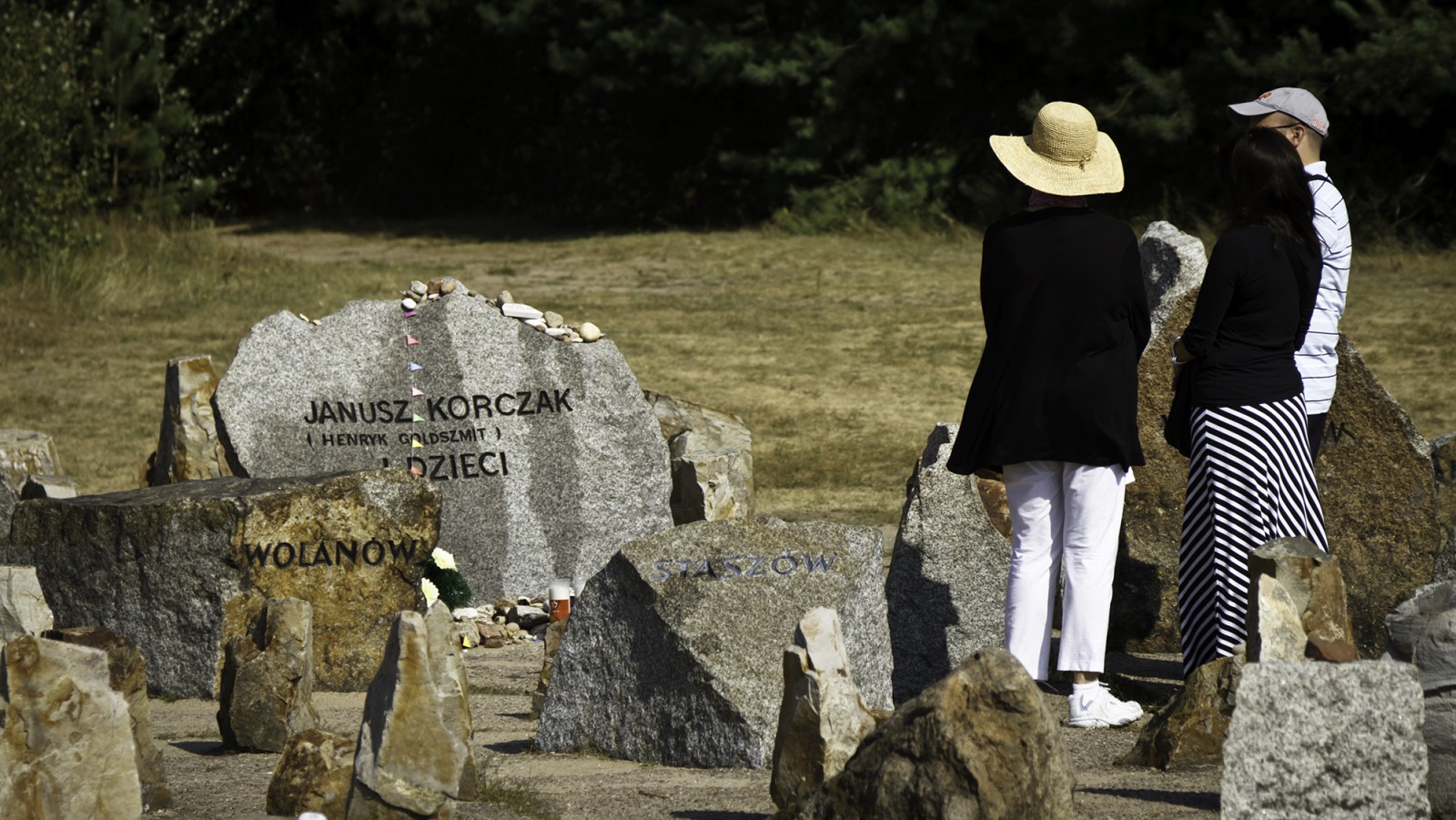 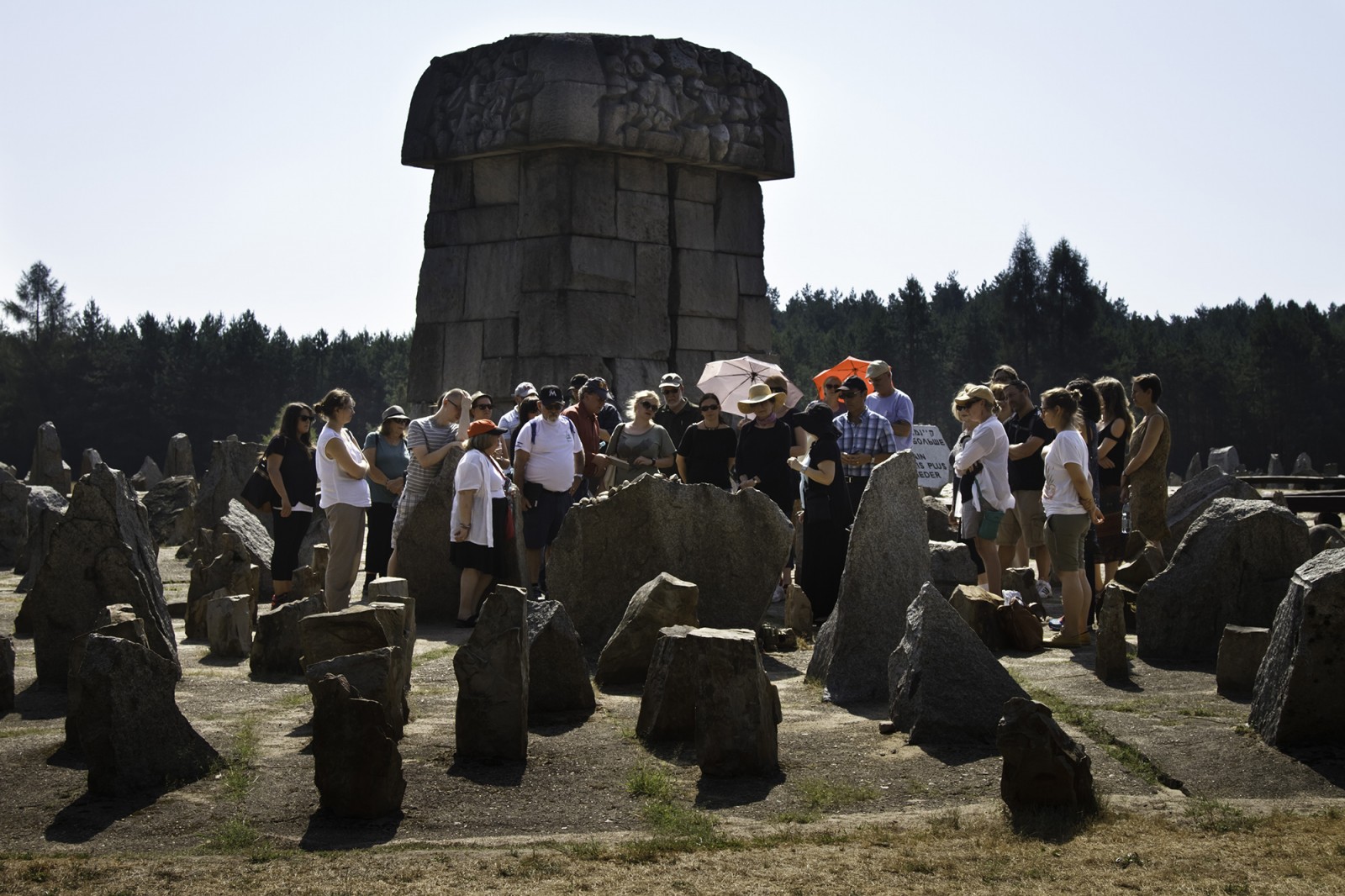 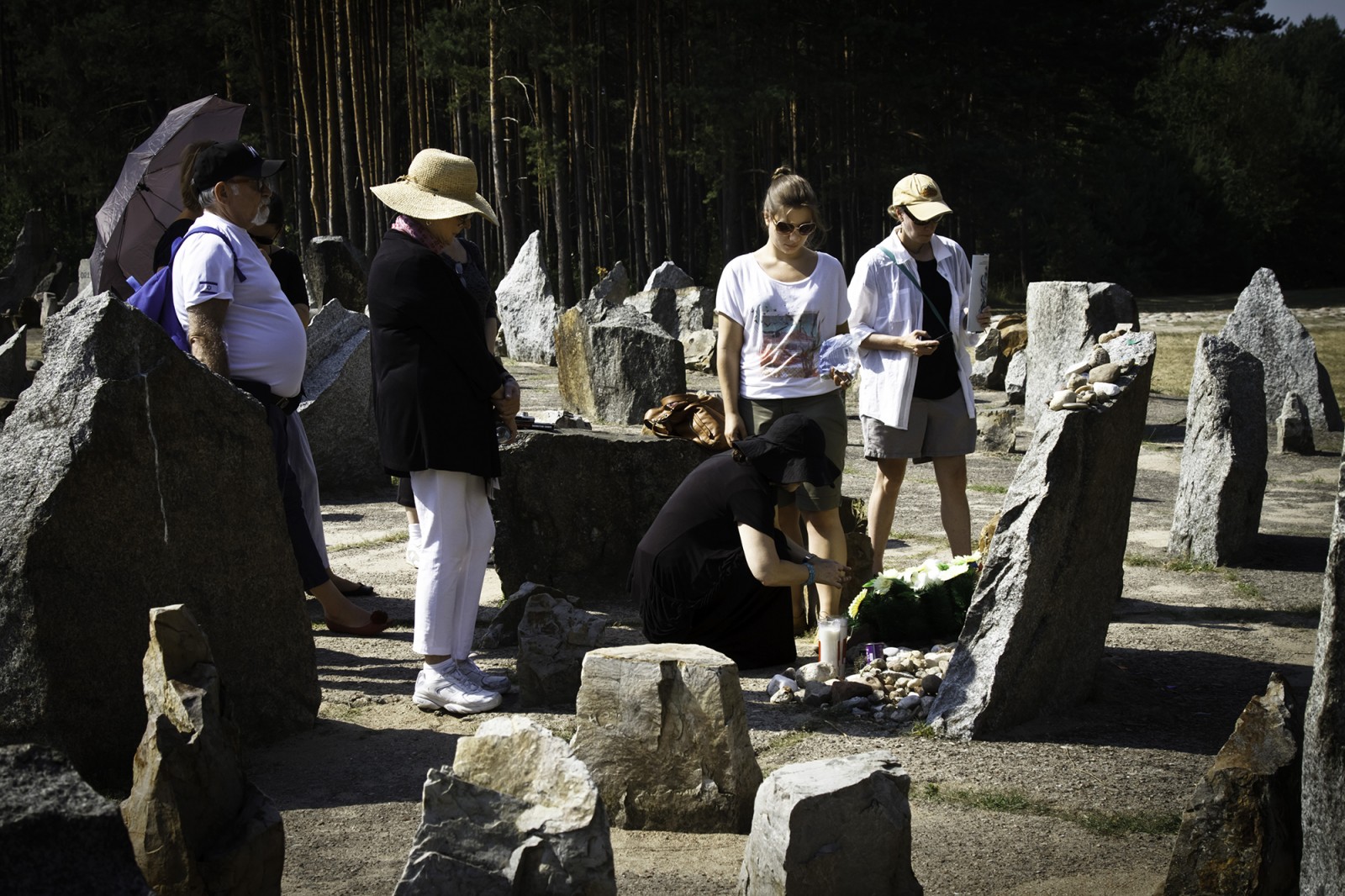 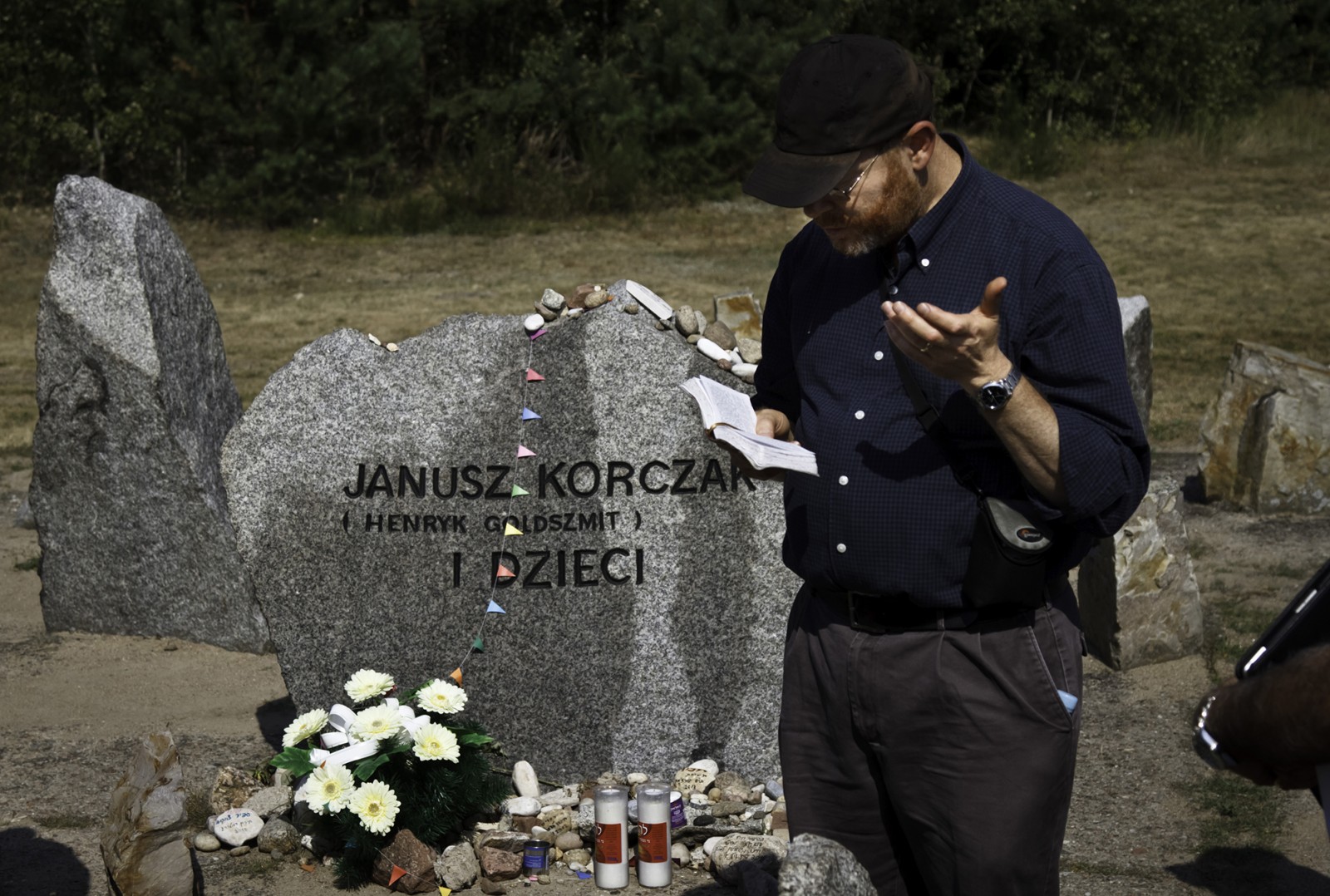 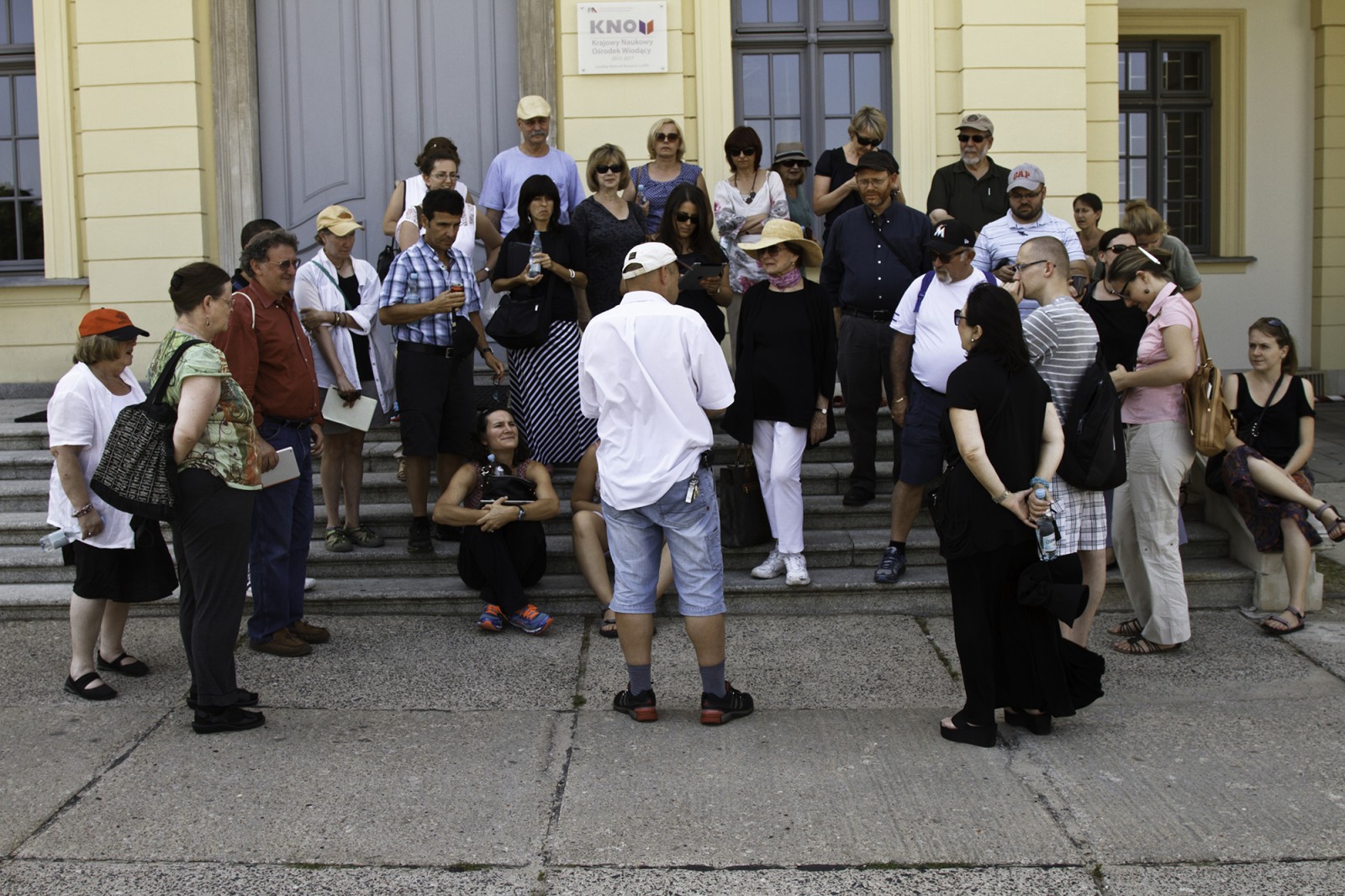 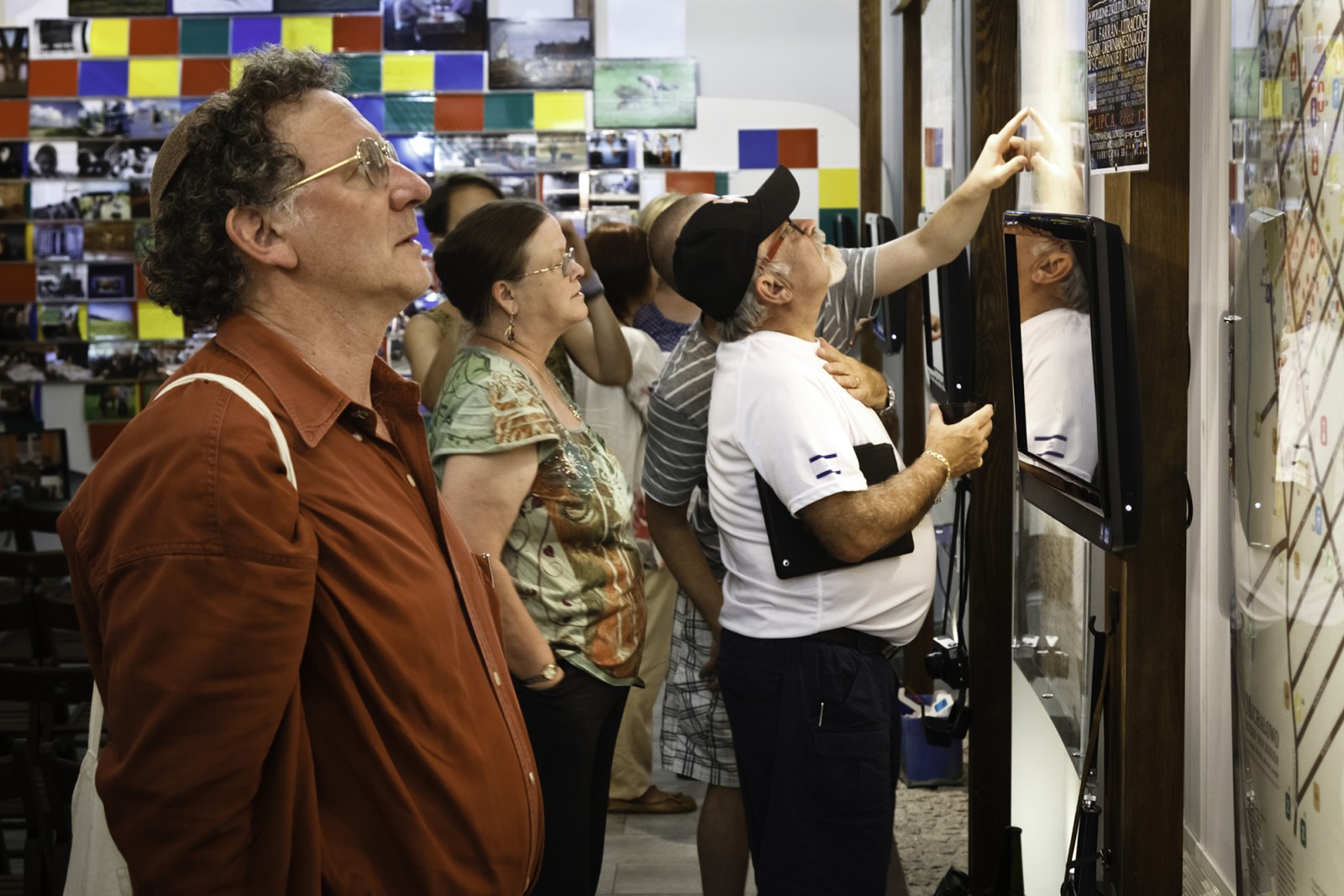 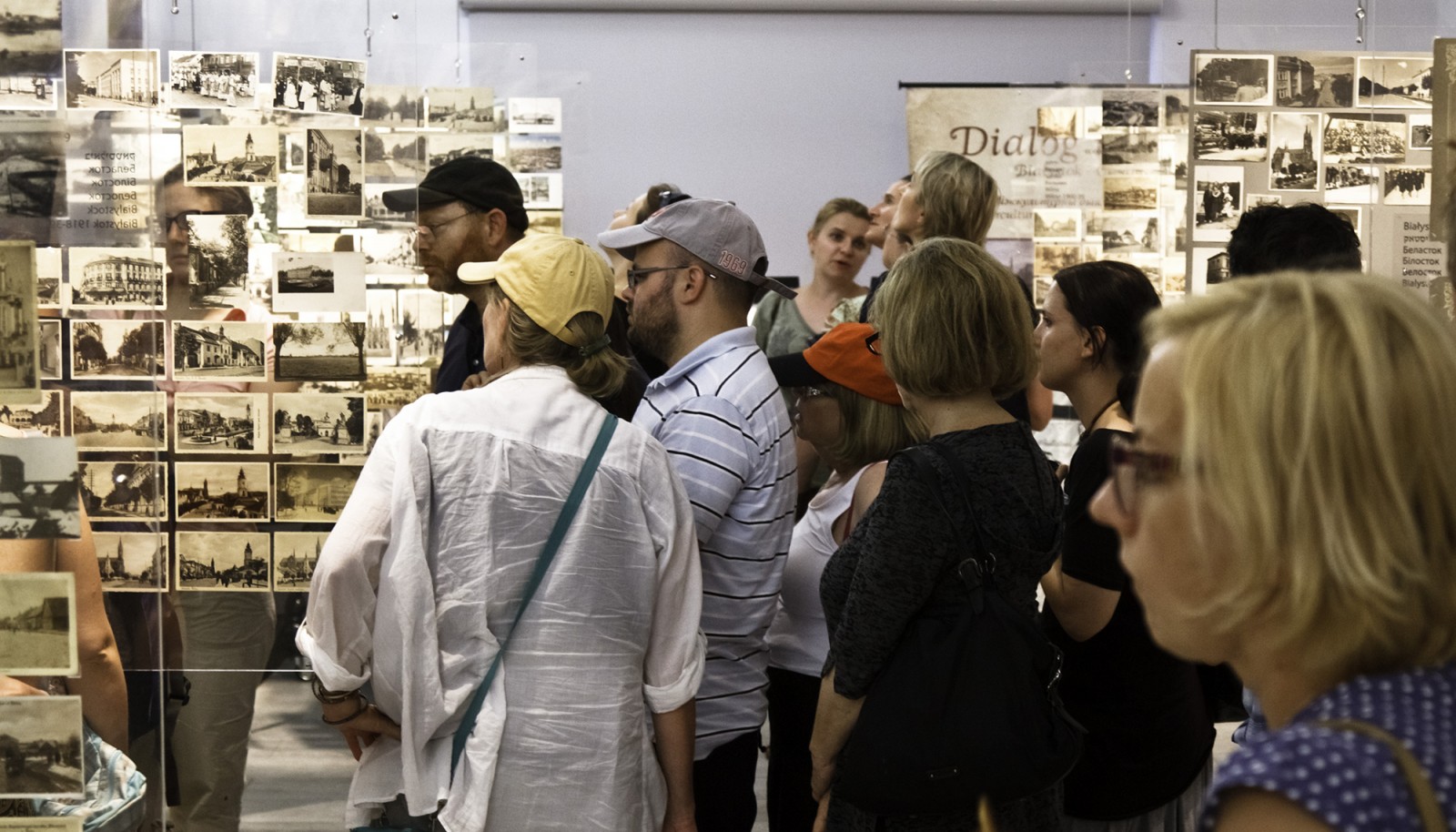 The Second Edition of the Polin Academy Summer Seminar (PASS) has come to an end. From August 4 until August 11, our second group of American and Canadian educators met with Polish educators and teachers.

During the course of lectures, workshops and discussions the Academy participants deepened their knowledge of Jews in Poland and got to know the Museum “inside out.” They shared their ideas on how to make the Museum an attractive stop for North American groups and provided their suggestions on how best to work with visitors from beyond the Atlantic.

Together with the coordinators of individual galleries the seminar participants viewed the premises of the future Core Exhibition; they also took part in reconstructing the wooden bimah that will form a part of the Into the Country gallery. Their interest was also sparked by a walk around Muranów and the story of its post-war fate. Fascinated, they listened to a lecture on Polish-Jewish relations given by Konstanty Gebert. The ease with which the journalist combined and presented various threads of common history, as well as his sense of humor, left a lasting impression on them. They were also deeply stirred by the film Pokłosie. Although it was already growing late, they engaged in a lively debate with its producer, Dariusz Jabłoński, and historian Dr. Natalia Aleksiun.

In spite of a tightly-packed and intense program the seminar participants showed great engagement and determination. All of them declared that they would come back to the Museum - either as visitors or as guides for their students. Some have already reserved dates in April 2014.

What do the participants themselves have to say about the program?

The outcome for me was a powertime shift in my thinking of Polish-Jewish history: I obviously know Jews have always been in Poland, I've always known it's been a 800 years of history but I pretty much focused on the last 200 years. What really came out of this is that this 200 years is not as important as these first 400, 600 years and I've never adressed it. The trip to Bialystok was extraordinary. In the end of the 19th century 50% of the world Jewish population was in this area - I've never thought about that. There have to be something for them to be here, and that tells me something very powerful, that piece of information resonates with me very much.

I've also had a revelation, a powertime shift in meeting the Poles that have been involved with us this week, how engaged and invloved they are in this study - that really has opened my eyes to a lot of more important elements of Jewish-Polish relations today

What the Museum is putting together, the exhibit area is amazing, I was very impressed with the project of synagogue. Also how the Museum is approaching, philosophically, Jewish history and not focusing on Holocaust - this is very impressing. It's a powerful story.

I was very curious about the mission of this Museum - not be a Holocaust museum but to be a museum of Jewish history. And being honest, I was a little dubious about this because it seemed of what I was hearing, of what I was reading that they are going to paint a very pretty picture - in some cases it's a beautiful picture, and in some it's a very ugly picture. I'm thrilled to know that the Museum seems to be doing a terrific job of balancing the story but what really excites me is the fact that Museum is going out to the world, to the Jewish world, to teach people, particularly young people, so many of them is Holocaust-centric, that their history is not just the Holocaust history.

MARCIA SACHS-LITTELL, professor in Richard Stockton College of New Jersey, director of the Philadelphia Center on the Holocaust, Genocide and Human Rights:

I have attended dozens and dozens seminars, I have visited 33 American states, many in my 45 years as a Holocaust educator and this is truly unlike any other one I’ve ever attended mainly because you have included the third generation of Polish young people and it the first time we have had a chance to freely and openly discuss those issues. It has been so inspiring to meet young colleagues and the enthusiasm and the commitment is just wonderful.

To understand as you’re doing in the Museum, 1000 years of history is in a twine with your Jewish neighbors, and that’s the only way to understand your own history. and that is your generation so clearly understands. This history hasn’t been told. It’s time to get it right. Museums are the teaching centers in the 21st century.

I really love two missions of the Museum:

- visitors will see how Jewish history was rich and vibrant, and still very much living the Jewish history of Poland is. it’s important in terms how Jews understand their own past, their own story, it’s partly about gaining some pride, understanding ourselves and our past better.

- seeing how Jewish, particularly Ashkenazi Jewish history, which developed right here, is part and parcel and inexorably linked to the Polish world in which it was developing – you can’t separate them.

I’m an Ashkenazi Jew living in America but this means that I have Polish roots in my blood and culture. For me it’s really tremendous. If you are an Ashkenazi Jew anywhere in the world you are carrying Poland in you.

Collected and edited by Magdalena Maślak.