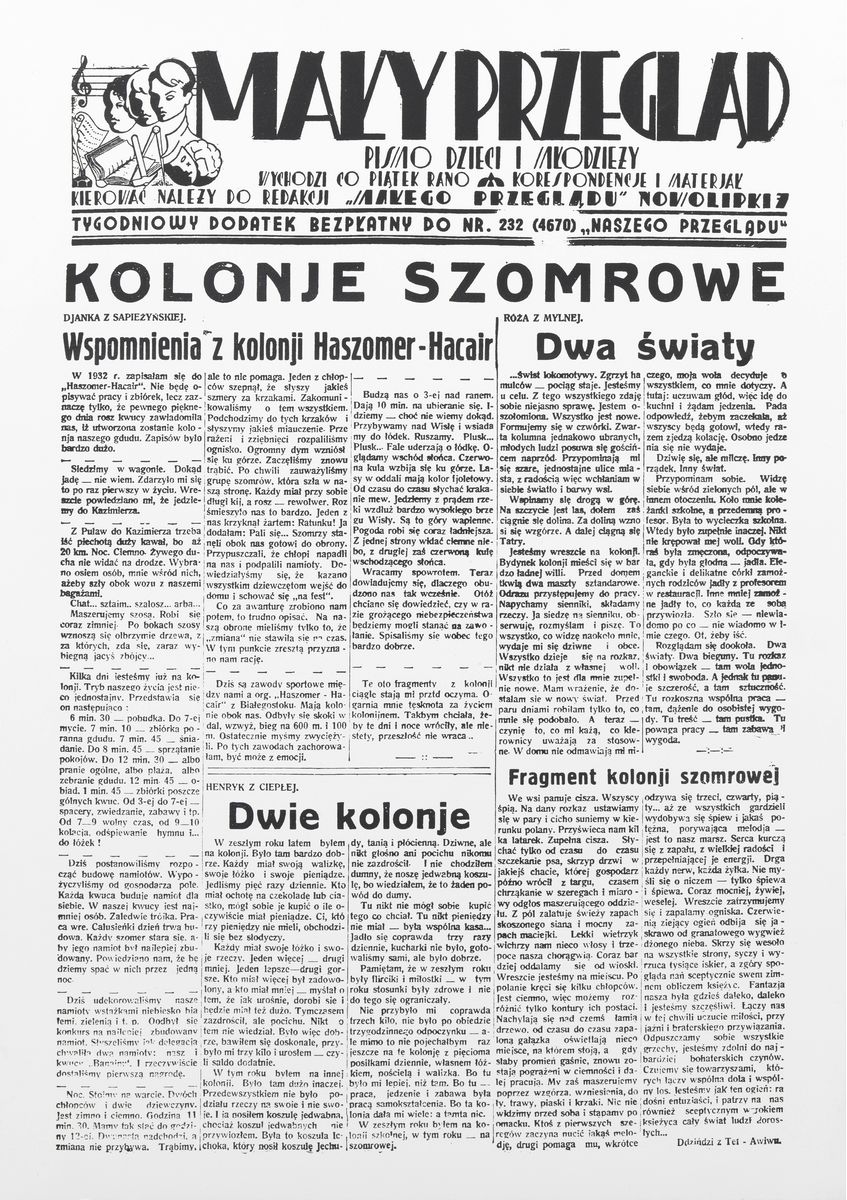 Over the past twenty-five years, American artist Sharon Lockhart has worked with communities to make films and photographs that are both visually compelling and socially engaged.

For her recent project, Lockhart takes influential Polish-Jewish writer and pedagogue Janusz Korczak as a point of departure, invoking his work on Mały Przegląd – a supplement to a Jewish daily newspaper. Published from 1926 to 1939 and complied at 2 Nowolipie St., the current-day District Police Headquarters located near POLIN, this insert consisted of content generated from letters, phone calls and in-person meetings. An innovative and pioneering force in presenting the non-fictional language of Polish youth, Mały Przegląd provided a detailed account of children’s personal experiences, complaints, and observations in their own voices.

In the summers of 2014 and 2015, Lockhart organized a series of workshops for a group of girls living at the Social Therapy Centre for the Youth, Rudzienko with the aims of harnessing the girls’ creative potential, encouraging a sense of play, freedom, and social bonding in relation to the natural world.

In 2014, the girls worked to further develop individual voices and emphasize the specific choices they make in articulating their perspectives on the world. In 2015, the group focused on movement and its psychological derivations, developing coping mechanisms, articulating their fears and desires, and experiencing the world around them through non-visual means.

In collaboration with POLIN Museum, Lockhart will initiate new set of workshops which will focus on the girls’ expression of voice through writing, improvisation, and music.

Lockhart will then use material that emerges from these workshops to create a broadsheet print – a form of tabloid newspaper suited to distilled, precise distribution of information that has often been used for populist, activist, editorial, and graphic publications.