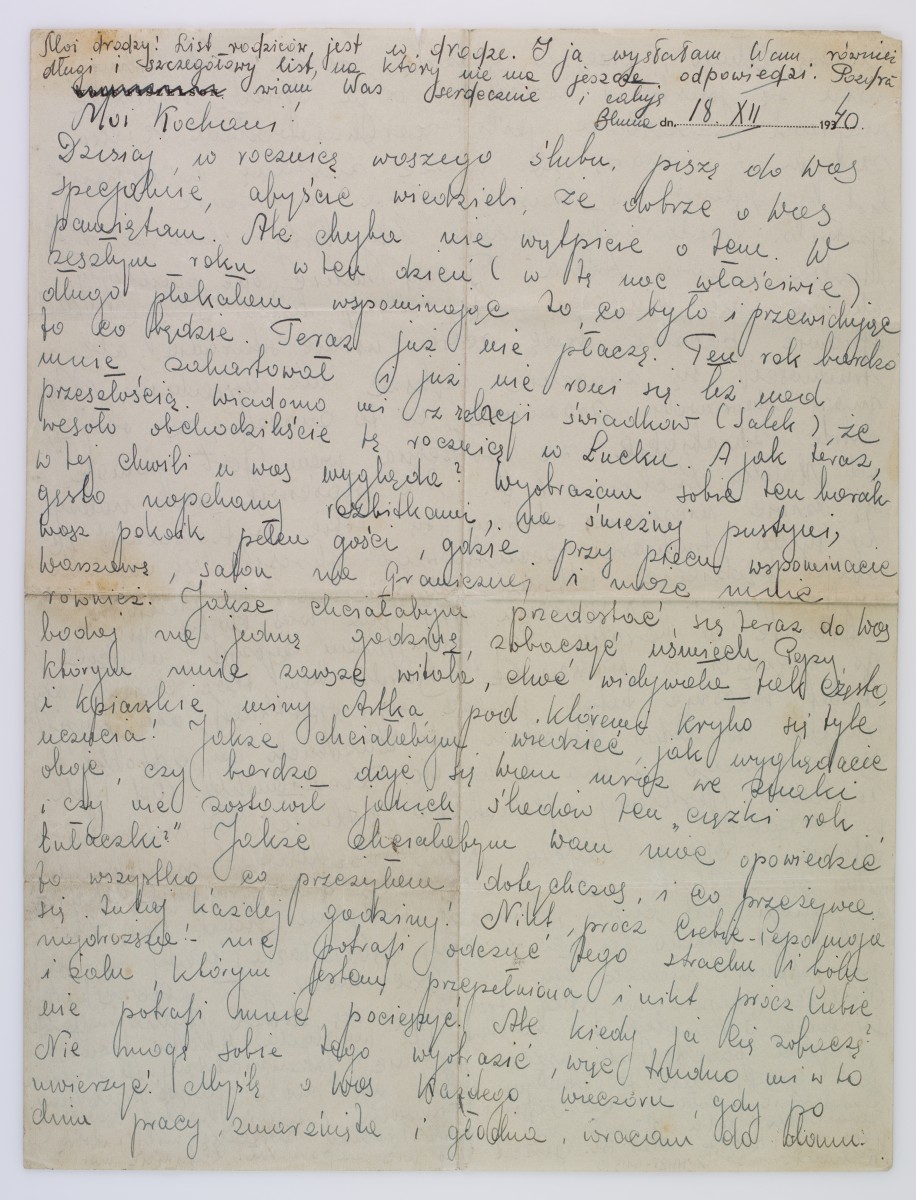 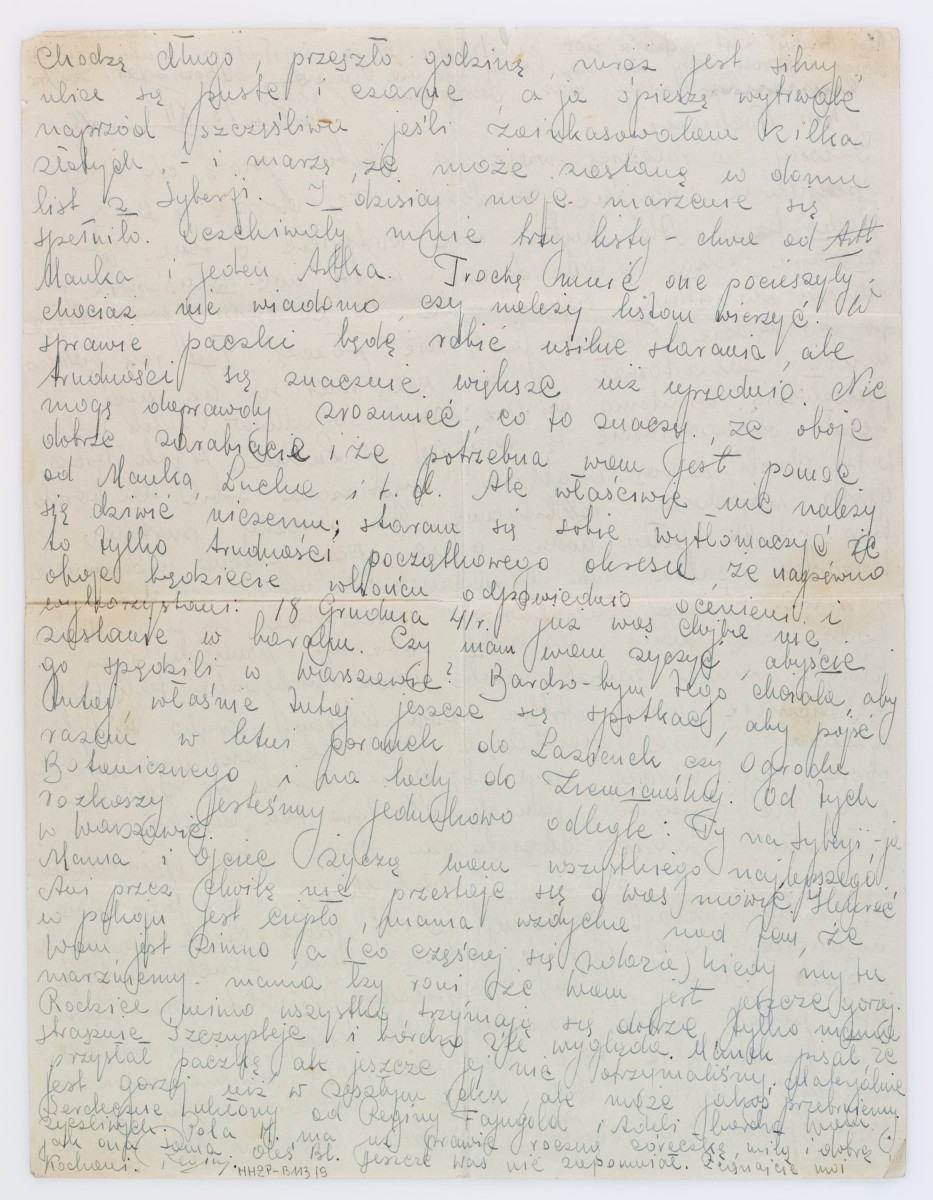 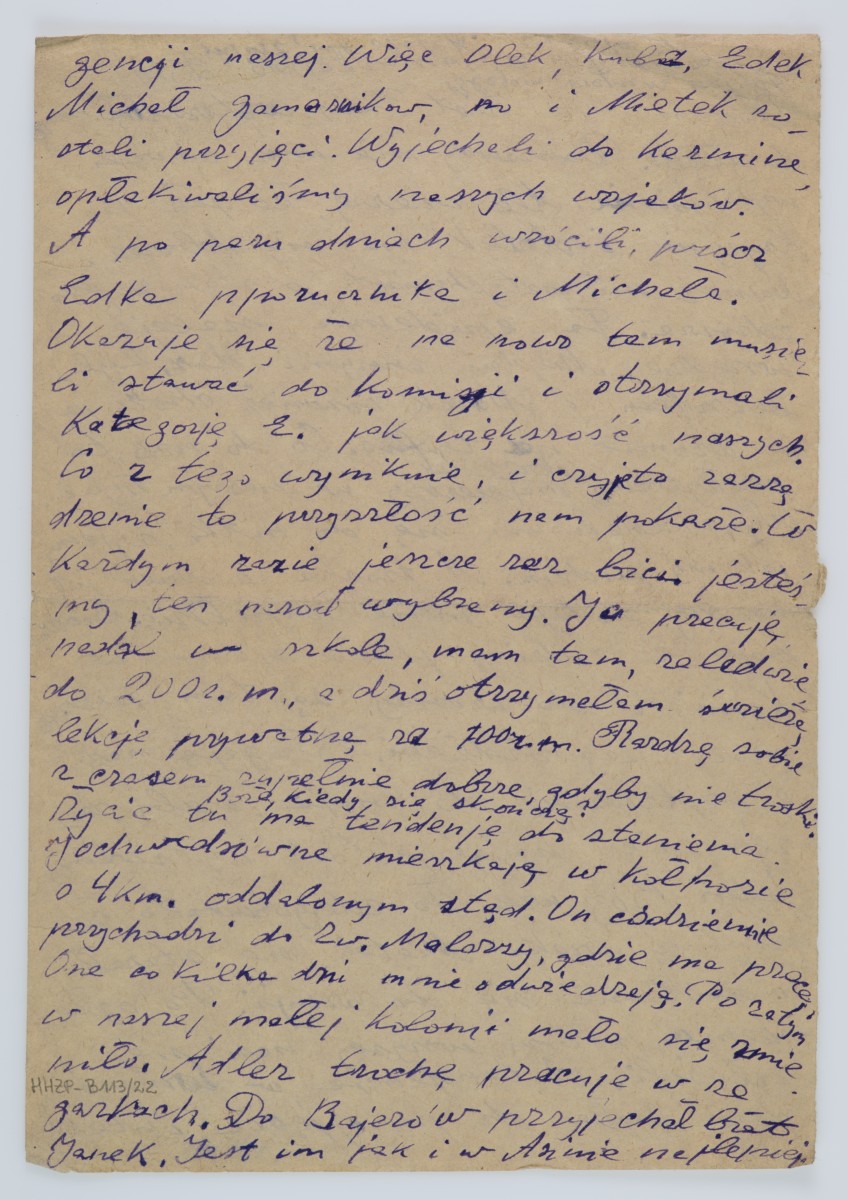 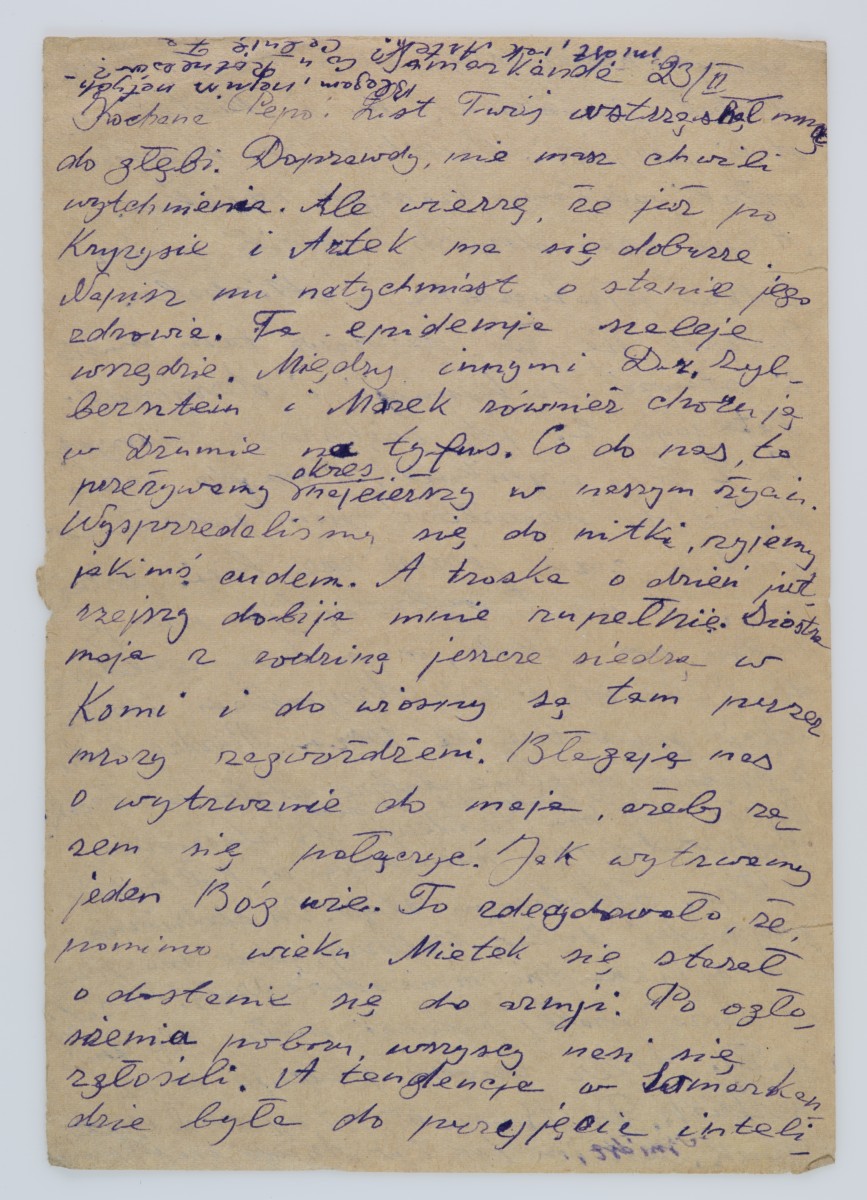 Paulina and Artur Włodawer were a young married couple living in Warsaw. In October 1939 they crossed the border illegally and fled to the Polish territories occupied by the Soviets. Paulina’s brother, Emanuel Justman, fled too, independently of his sister’s family. In 1940, Paulina and Artur were deported from Łuck to Siberia. Upon their release in 1940 they settled down in Kazakhstan. They kept sending letters to family and friends.

"As for us, we are going through the toughest time in our lives. We sold everything we possibly could, I don’t know how we manage to stay alive."

We do not know who "Fe", the author, is, but the content of the letter suggests she works at school. She describes attempts made by men to join the army which indicates she was together with her relatives.

"They were given the ‘E’ category. What will come out of that and why this has happened remains to be seen. Anyways, we are yet again been beaten, us – the Chosen People."

Amongst Paulina and Artur’s keepsakes bequeathed to the Museum collection there are also letters from the Warsaw-based part of the family, including Regina Justman.

Regina wrote to her sister on 18 December 1940, on the 4th anniversary of the Włodawers’ wedding:

"Shall I wish for you to spend it [the subsequent anniversary, on 19 December 1941] in Warsaw? I would love for us to meet again here, not anywhere else – to go together on a summer morning to the Łazienki Gardens or the Botanical Garden, or for icecream at the Ziemiańska Café. You are in Syberia, I am in Warsaw, and yet this perspective seems as remote for me as it may seem for you. […] The parents are doing well, only mom is getting thinner and thinner and looks rather poorly. […] Financially we are doing worse than last year, but hopefully we will get through somehow."

Paulina and Artur returned to Poland in 1946.

They did not find any family members who had remained in Warsaw. They all perished following the deportations from the ghetto to Treblinka in 1942. Judging by the letters – the only keepsakes that were preserved – they most probably clung to hope, so palpable in their letters, that they would survive.