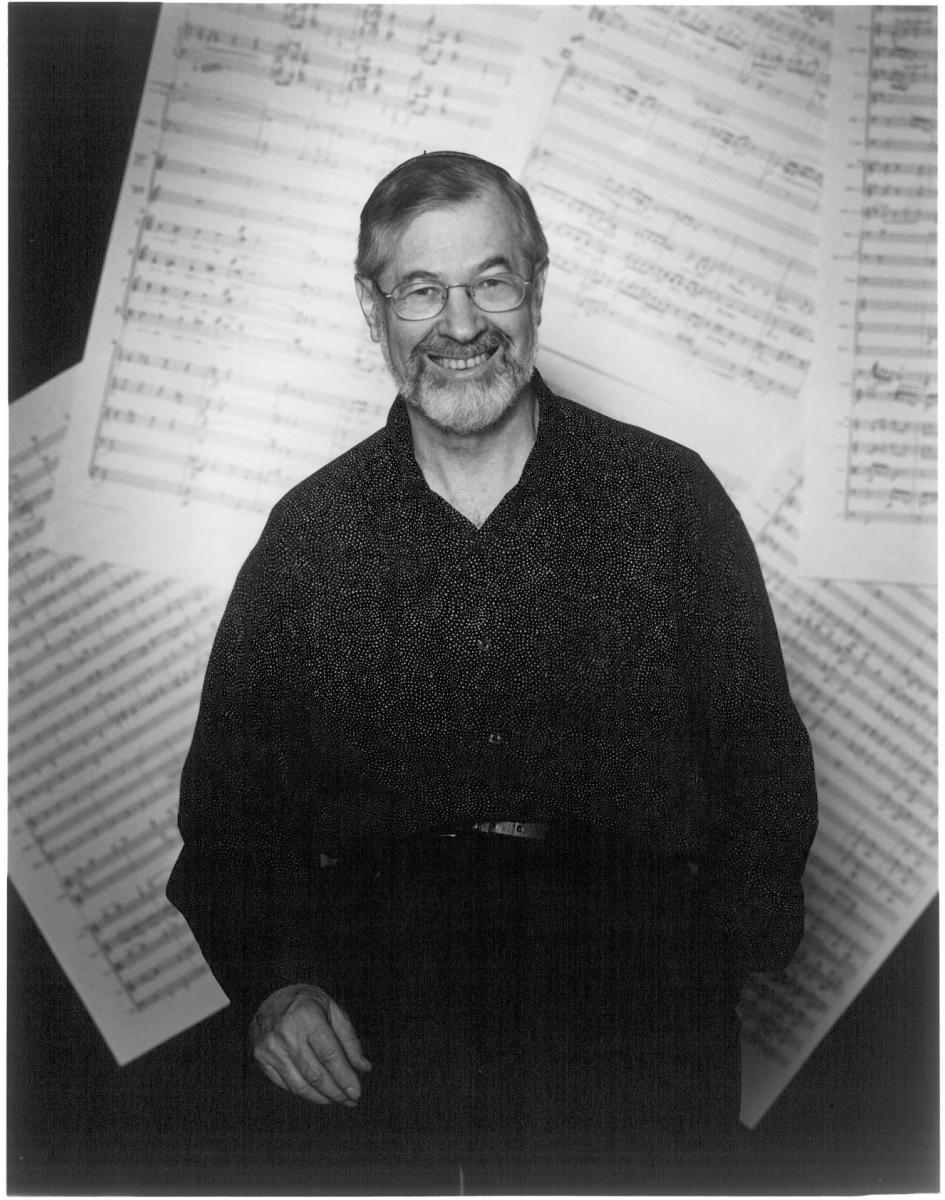 Srul Irving Glick (1934-2002) is known as one of Canada's pioneering and most prolific composers, having written music in most major forms, including chamber, oratorio, orchestral, vocal and choral.

Glick grew up in Toronto where he was immersed in music from an early age. His brother Norman was an accomplished clarinettist and his father was a cantor. As a boy, Glick sang in his father’s choir and he spent hours listening to the great composers of the past. At age twelve, he began studying piano and advanced quite quickly on the instrument. However, he knew from the age of fifteen that he wanted to be a composer. The rest of his life was dedicated to this craft.

Glick went on to study music composition and theory at the University of Toronto under the tutelage of John Weinzweig, Oskar Morawetz and John Beckwith. Upon completing a Master of Music degree, he pursued advanced studies in Aspen and Paris with Darius Milhaud, Louis Saguer and Max Deutsch.

While maintaining an active composing career, Glick joined the Canadian Broadcasting Corporation (CBC) in 1962, where he worked as a classical music producer until 1986. He was also choir director and Composer in Residence with Beth Tikvah Synagogue in Toronto between 1969 and 2002. It was there that he composed the majority of his liturgical music. Further, Glick served as program director of Jewish Music Toronto and Musica Beth Tikvah for a number of years. He also taught music theory and composition at the Royal Conservatory and York University.

In 2000, Glick received the extraordinary Yuval Award, presented by The Cantor's Assembly of America, for his "lifelong commitment to the composition of music that captures the heart and touches the soul.” In 1992, he received a Governor General's medal "for his contribution to Canadian culture"; and in 1994, Glick was appointed a Member of the Order of Canada for his "outstanding achievement, service to Canada and to humanity at large”.

Glick was encouraged by many of his teachers to find and believe in his own voice, writing what came naturally to him despite pressures to compose avant-garde music. As a result, many of Glick’s works draw on his musical upbringing, incorporating Jewish themes and folkloric elements.

The English libretto for Seven Tableaux was prepared by the composer and is freely elaborated from the Biblical Song of Songs. In composing the work, Glick studied the ancient ways of chanting the Song of Songs for service in synagogue and used elements of this chant in the work itself.

Seven Tableaux was commissioned by soprano Valerie Siren and Syrinx Concerts Toronto with generous support from the Laidlaw Foundation and Dr. Garson S. Conn. Dr. Conn supported the work’s creation in honour of his wife Jennie, and their thirty years of marriage. Glick personally dedicated the work to Sara Wunch. Seven Tableaux was premiered at the St. Lawrence Centre in Toronto by Ms. Siren and the Grinhauz Trio of Montreal for the Music Front & Centre chamber music series.

In commenting on Seven Tableaux, Glick said: “The occasion of this work is very special for me. I have been wanting to set the text from the Song of Songs for a long time. What more appropriate occasion to have than to honour a man celebrating his thirtieth anniversary and expressing his love for his wife, to write a work for a deeply sensitive singer and chamber ensemble whose work I have admired for years and to sing a song of love to my very dear friend, Sara Wunch”.

European premieres of works by Avner Dorman and Kelly-Marie Murphy