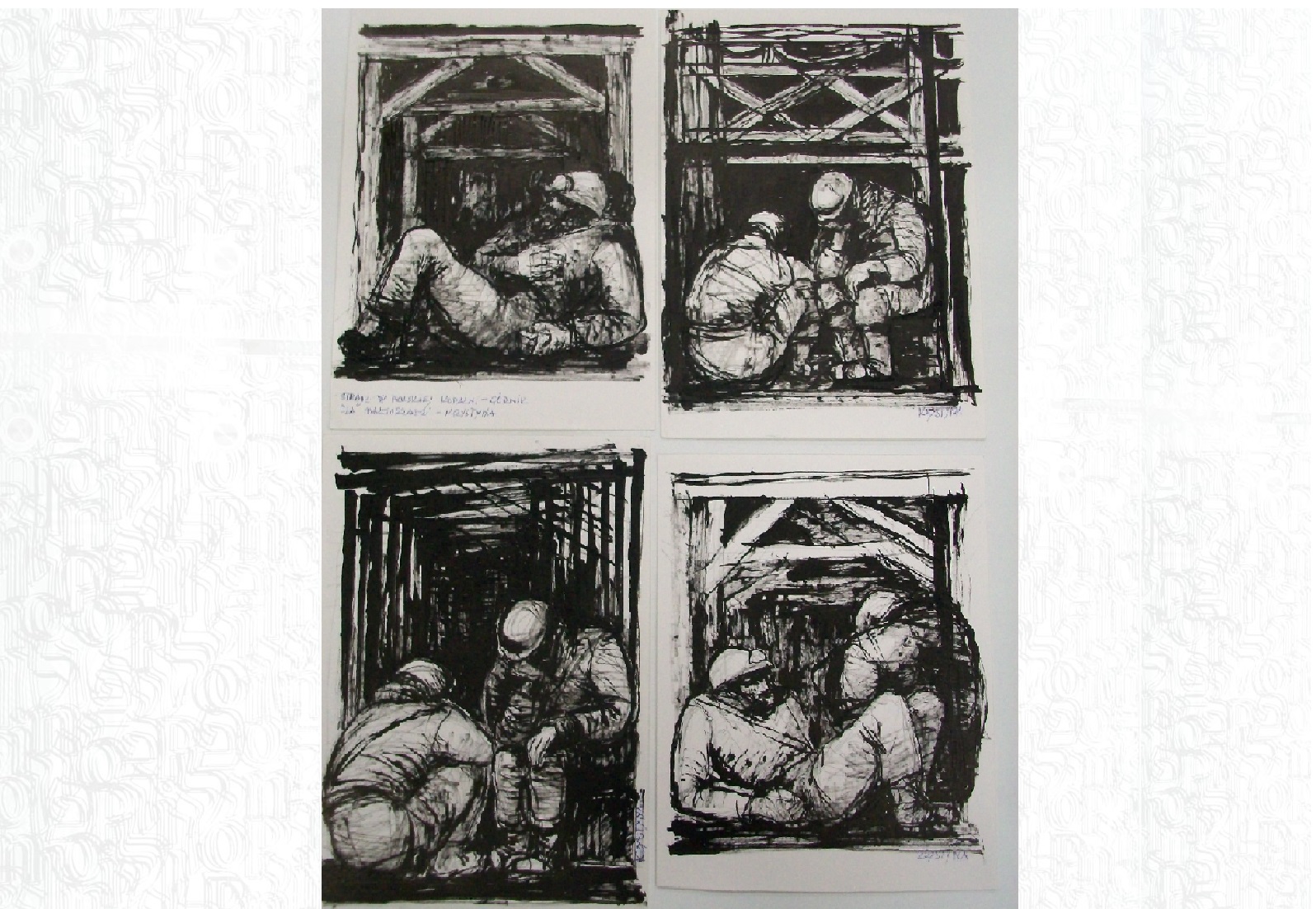 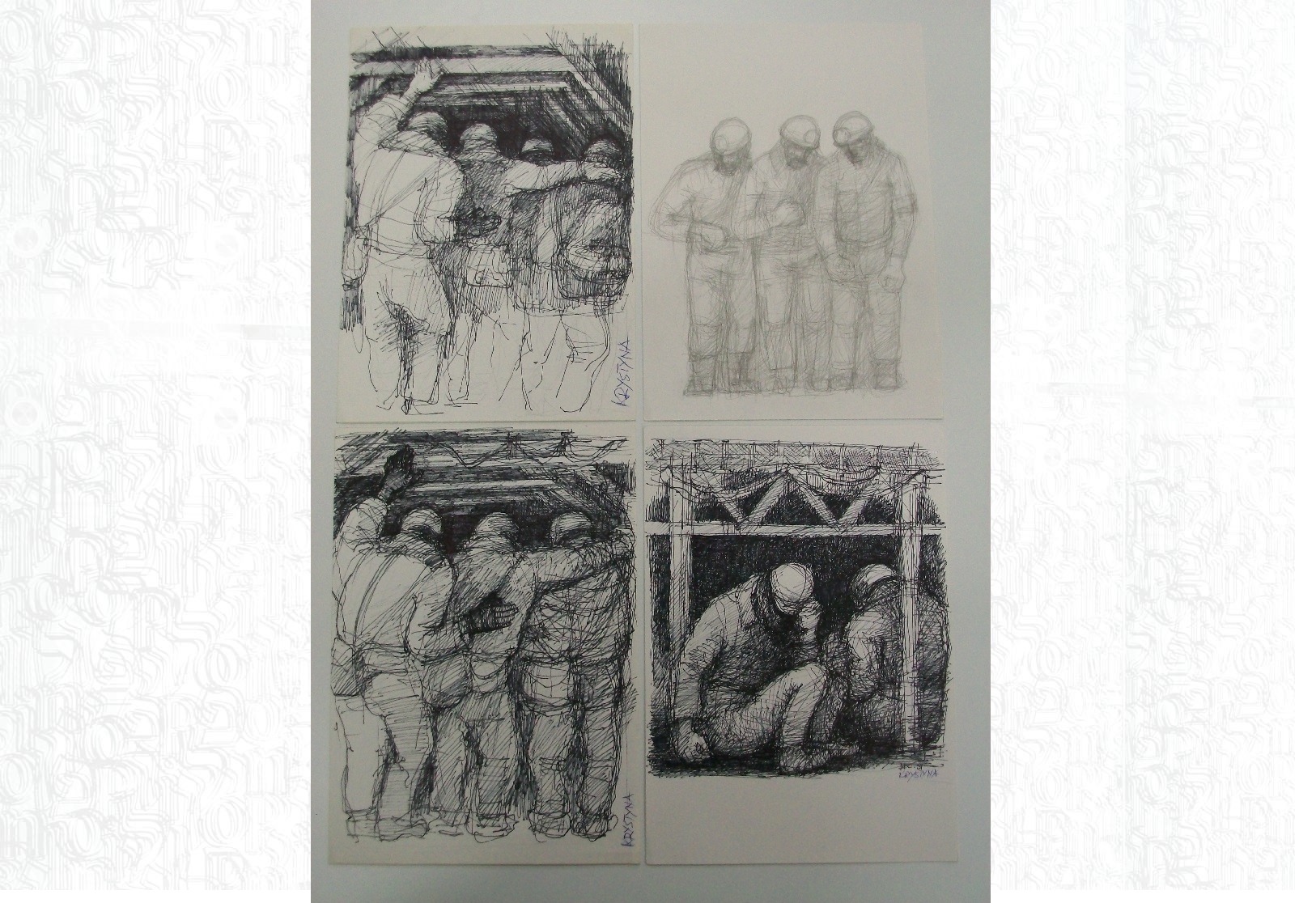 On the 40th anniversary of introducing martial law in Poland, the POLIN Museum collection has been enriched with a series of gouaches and sketches by Krystyna Pajes née Sigalin.

Towards the end of 1981 and at the beginning of 1982, upon hearing of the martial law and of the bloody suppression of workers’ strike at the Wujek coalmine, Ms Pajes, an architect and resident of Sweden, produced a series of artworks depicting coal miners. Years later, she sent them to Małgorzata Rybus (one of the works bears a dedication), daughter of Feliksa Szulc who had provided Krystyna Sigalin with a hideout during the war.

Both families remained close in the first decades following the end of the war. Their friendship continued after the Pajes family had emigrated to Sweden in the wake of March ’68 events. The works produced by Krystyna testify to that friendship, and to the author’s lasting bond with the homeland she was forced to abandon. They also testify—albeit indirectly—to the fact that the events that took place in People’s Poland in the 1980s were an important item on the news both in Sweden and in the whole of Western Europe.

The motif of avid interest in the social and political situation in the 1980s Poland recurs regularly in oral history accounts provided by the people who had left Poland around the time of March ’68 events. To be sure, many people retained close ties with the friends they had left behind in Poland, as well as with family members who had not left the country, just as Krystyna Pajes did. At the same time, other people felt deeply hurt and hostile towards Poland, especially in the first years of their forced emigration. It was precisely at the end of the 1970s and in the early 1980s that the emotional ties with the old country began to resurface, triggered by the hope for a political change in Poland fuelled by the activities of the democratic opposition.