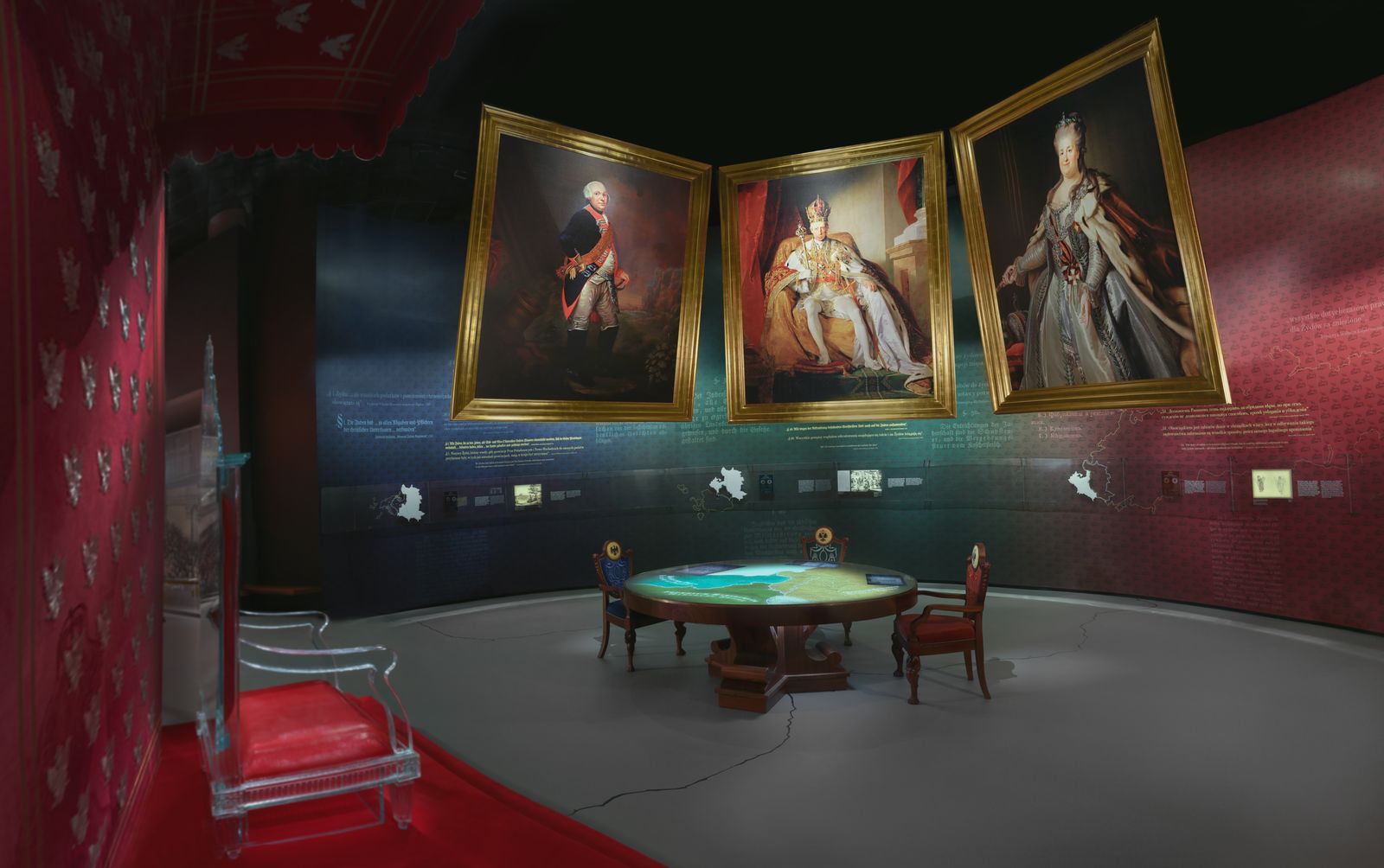 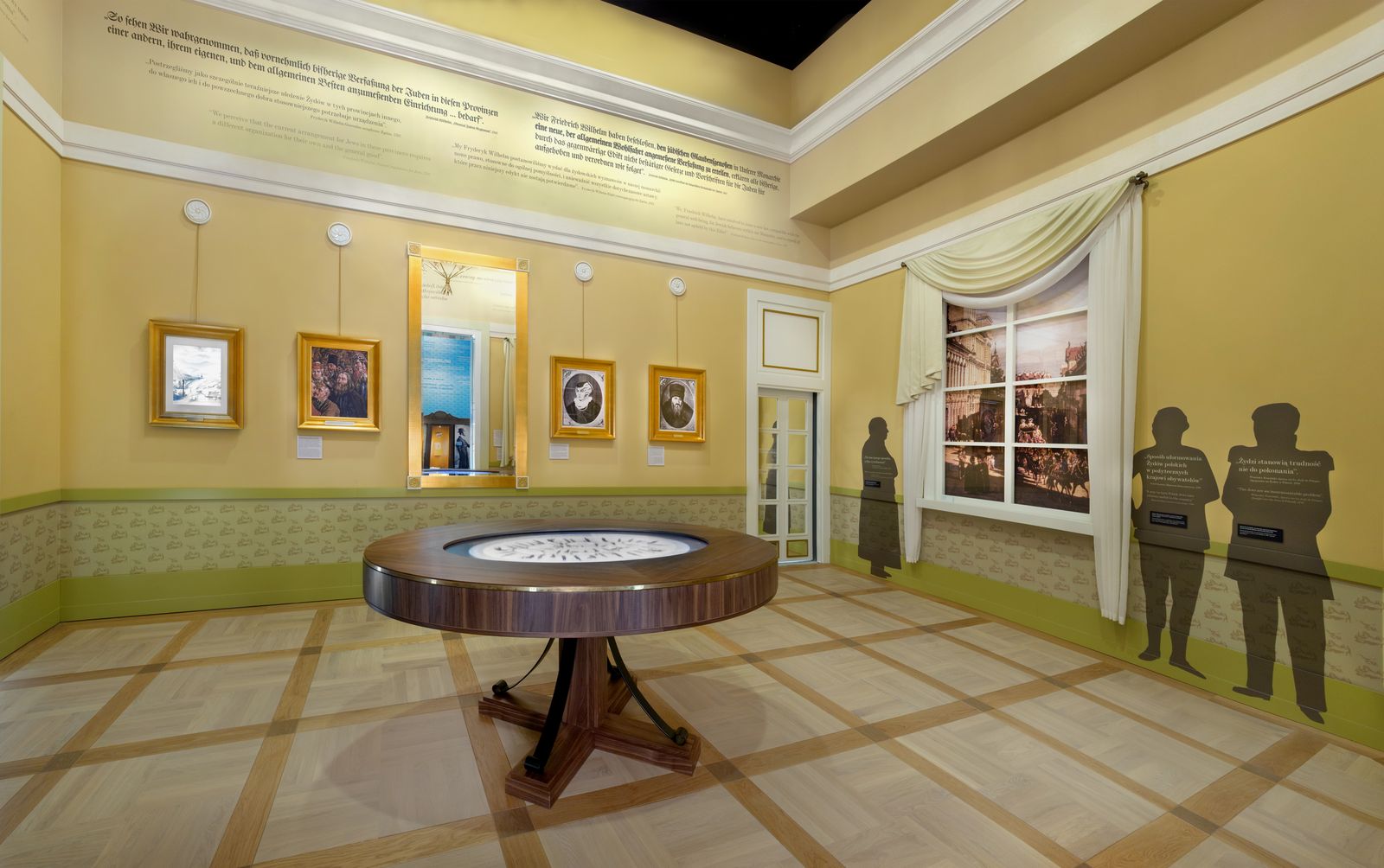 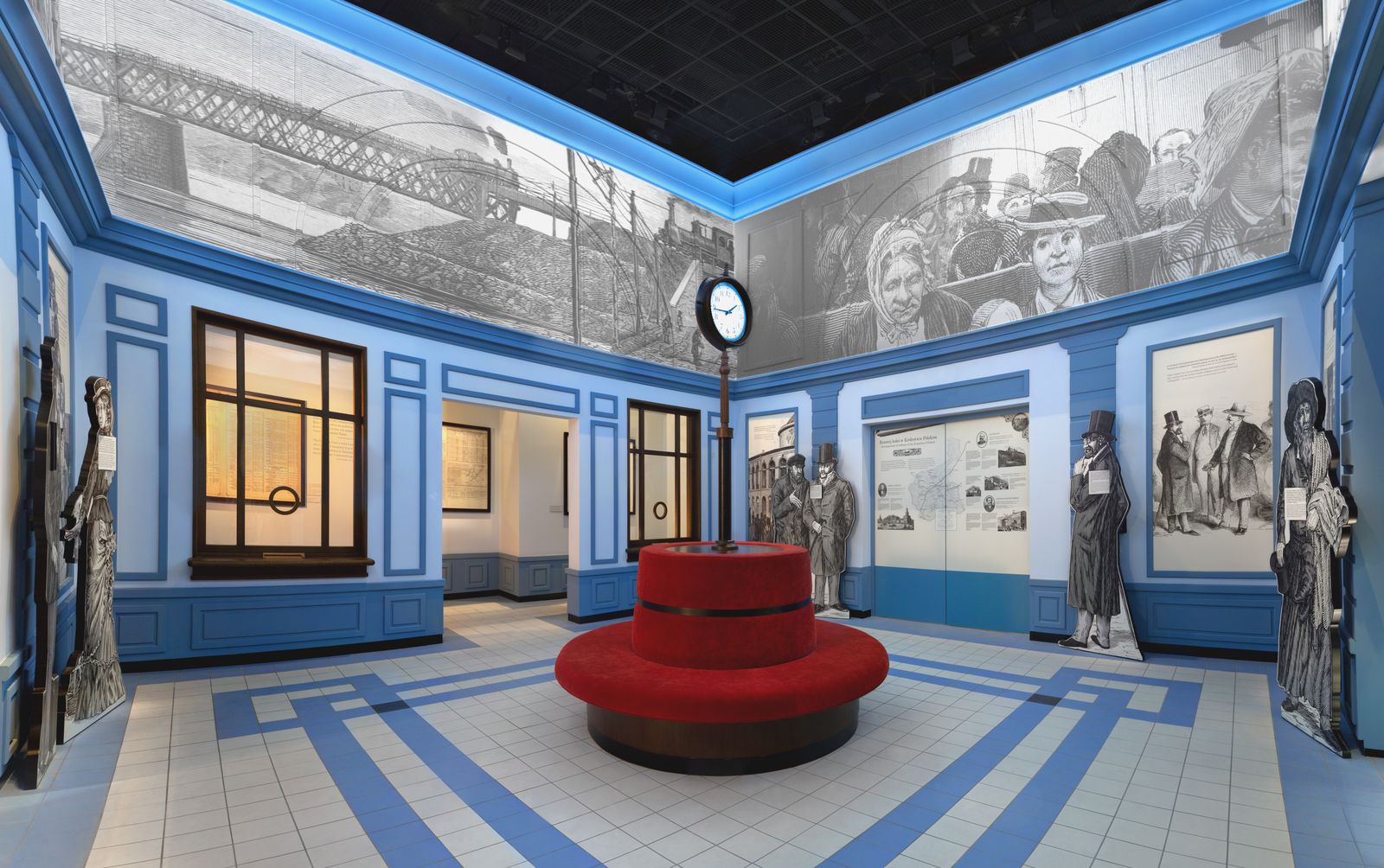 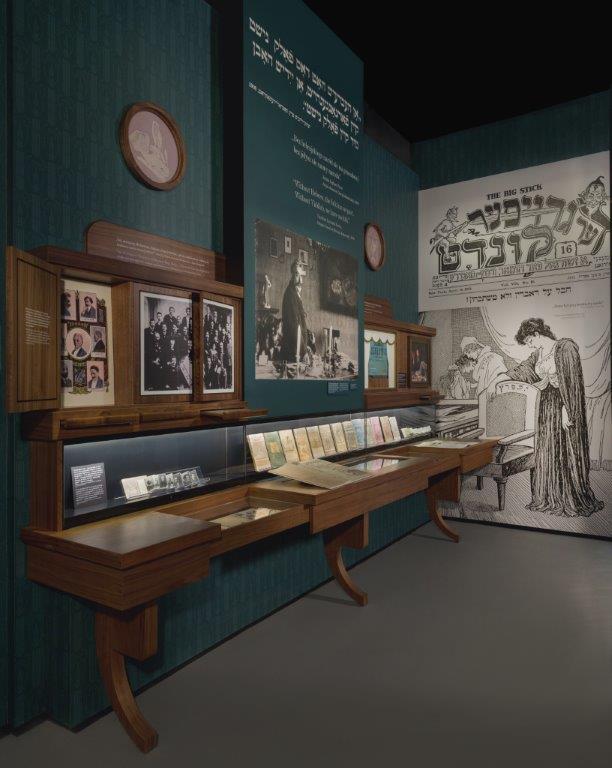 Sit at the table. Imagine that you must now decide which country to live in. An interactive quiz will help you reach the decision. At the railway station, you will read stories of mass migrations, and of the role of Jews in developing a network of railways. You will also find out where the Hasidim travelled by trains.

The questions that Jews asked themselves shortly before the outbreak of World War I were: Are we a nation? Which language should we speak? Do we need our own state?