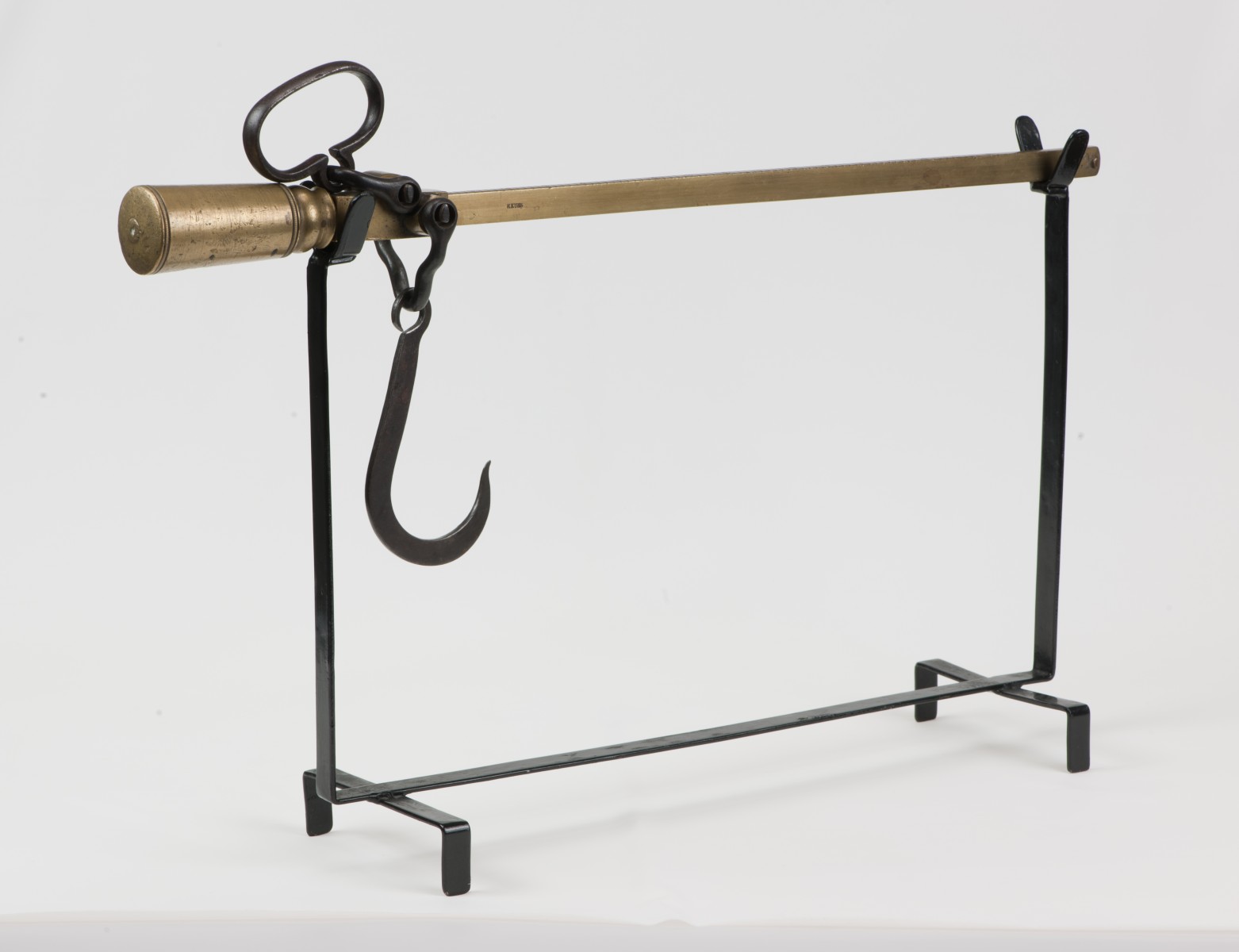 Batia and Jakub Weksler were a Jewish family from Święciany. We do not know much about their daily life. Jakub was a tailor, Batia was most probably a housewife. In all likelihood, the scales was kept in their kitchen, but Jakub came over often to weigh amounts of small sized products he used in his workshop.

After the war broke out, Jakub, Batia and their small son ended up in the ghetto in Old Święciany near Vilna. That is where their younger son was born. In order to save him from the Holocaust, right before the ghetto liquidation, the boy was taken to a Polish family who would bring him up.

"You are a Christian, you believe in Jesus, so in the name of that Jew in whom you believe, please save my child. He will grow up to be a priest," – said Batia to Emilia, the new mother of her tiny baby. While handing their own son to Emilia and Piotr Waszkinel, Jakub and Batia gave them also the most precious objects in their possession: the samovar and the scales.

Emilia and Piotr looked after the boy as if he were their own son.

Brought up as Romuald Waszkinel, he did become a Catholic priest in his adult life. Twelve years after his ordination, on 23 February 1978, he found out about his true origin. He learnt what the name of his biological parents had been from Klara Jaroszyńska of Laski, a Righteous Among the Nations. In 1992, he travelled to Israel where he met up with his father’s family.

The Weksler family’s fate remains unknown. Jakub was probably murdered during the death march from KL Stutthof, and Batia and Szmul perished in a gas chamber in Sobibor.

All that was left of them is the scales, and the samovar.

COME AND SEE. A fragment of the Wekslers’ scales is available for viewing at the exposition at the POLIN Museum Resource Centre >>