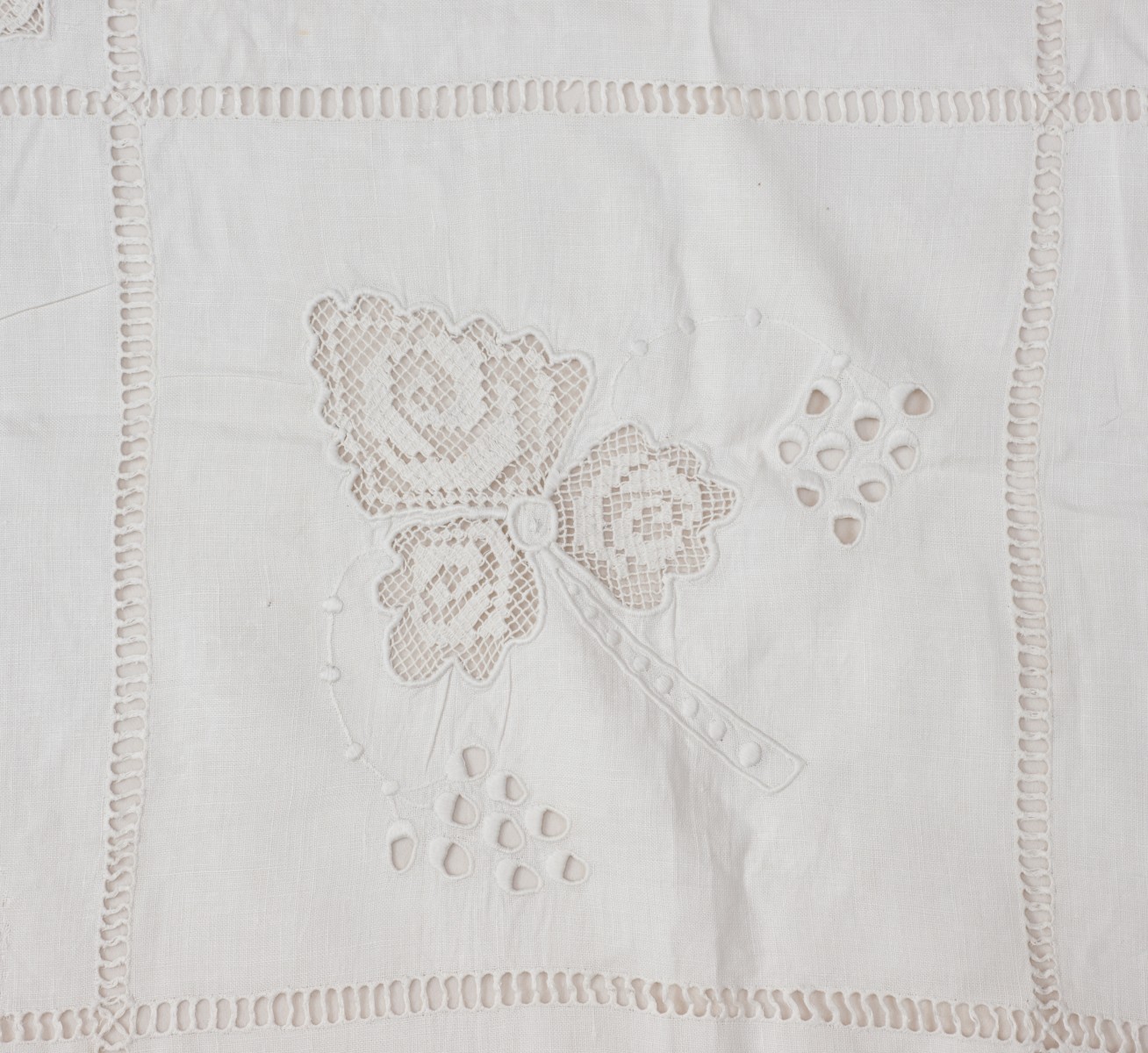 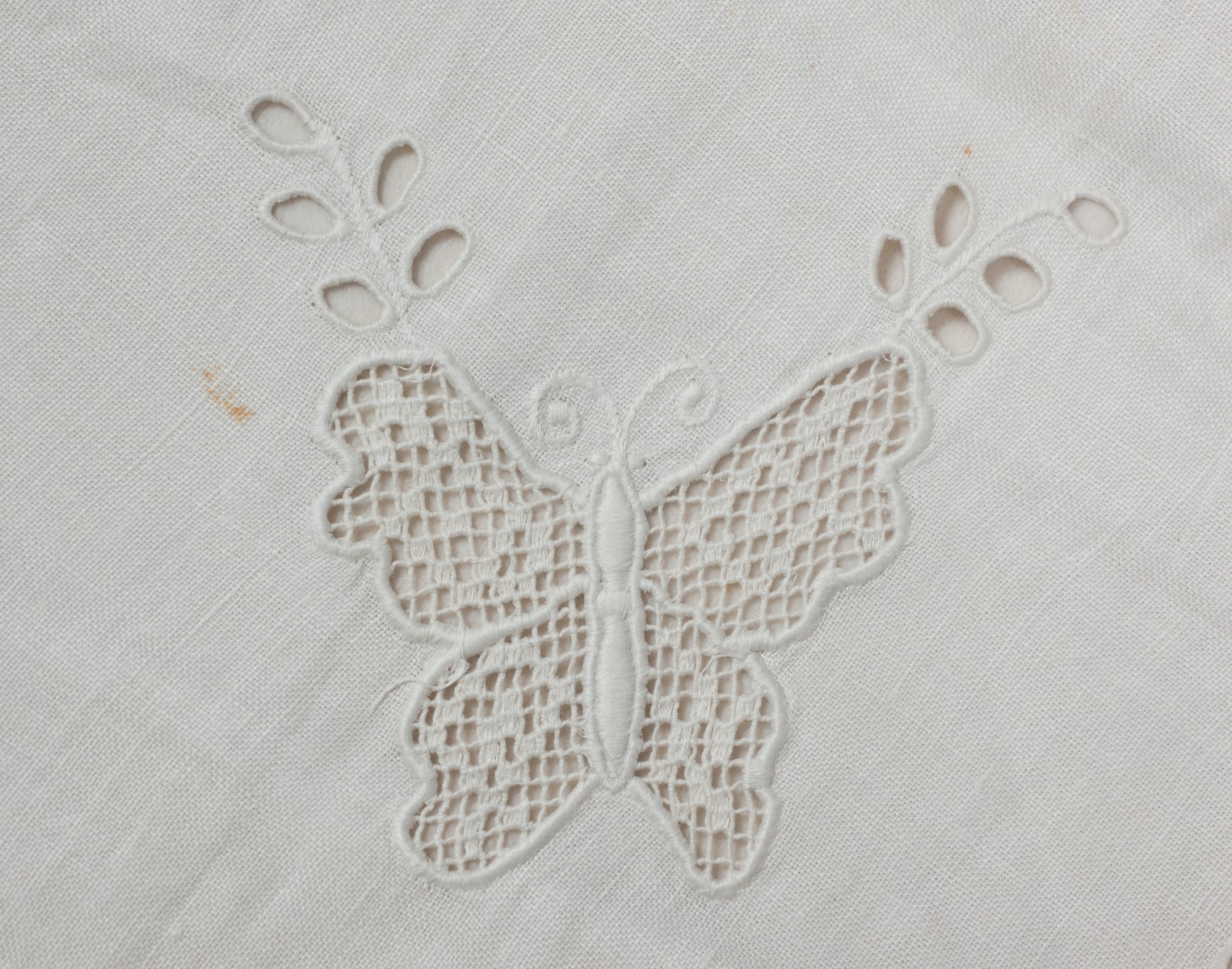 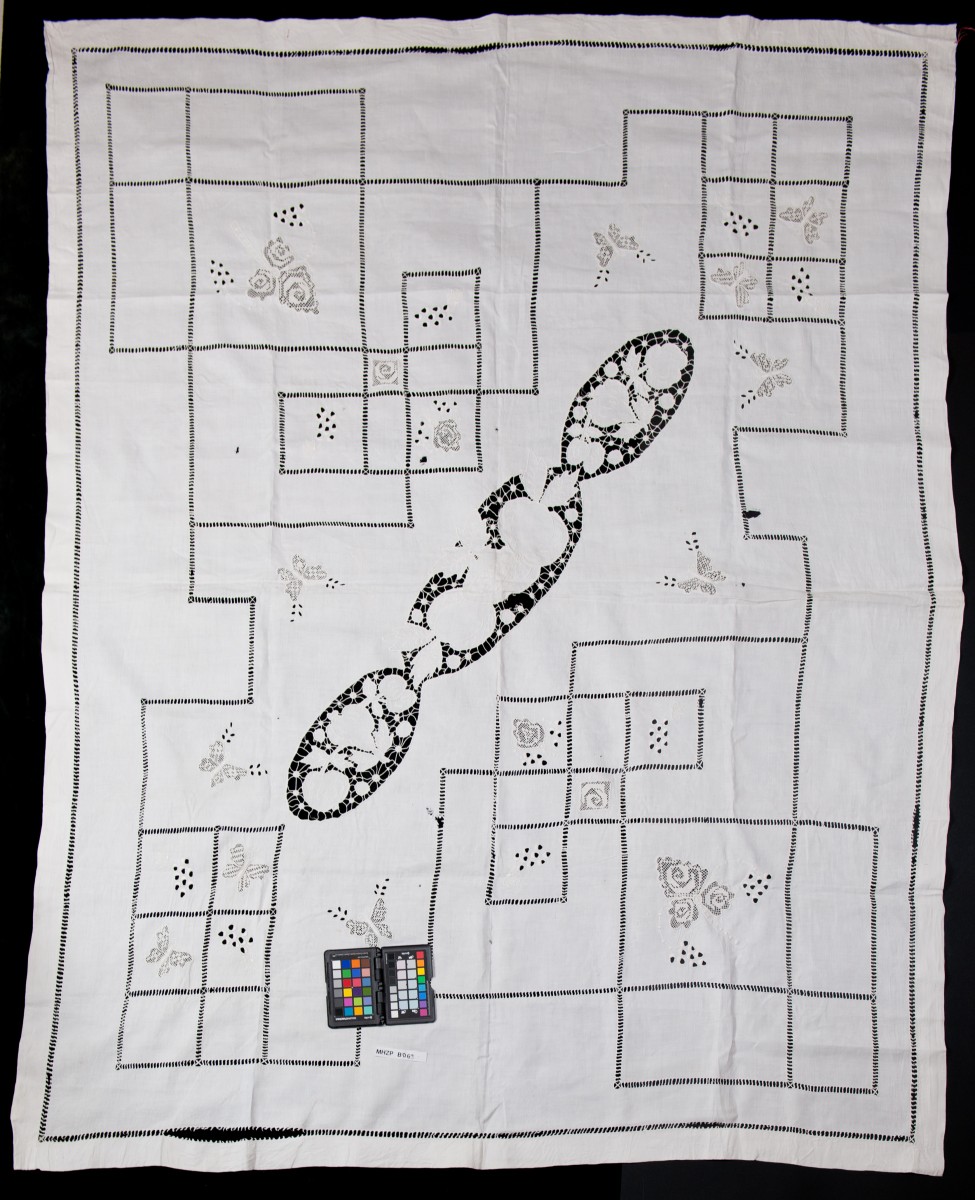 Anna Stupnicka-Bando was 12 years old when she first entered the Warsaw Ghetto together with her mother. She smuggled bread and marmalade in her school bag for the Jewish families trapped in the ghetto. One of them gave Janina Stupnicka, Anna’s mother, a shabbat tablecloth as a token of gratitude for the help provided.

In the winter of 1941, following her mother’s instruction, Anna led a Jewish girl, Liliana Alter, out of the ghetto and hid her on the ‘Aryan’ side. Janina Stupnicka and Anna Stupnicka-Bando were granted the Righteous Among the Nations medal in 1983 for saving Liliana Alter’s life. In her interview for POLIN Museum of the History of Polish Jews, Anna Stupnicka- Bando retold her own story as well as the stories of those who did not survive the Genocide.

The scene was horrendous. Those children, begging in the streets. Corpses everywhere – covered with paper or newspapers. I remember the people who had died in the street being taken away on a sort of two-wheel carts.

I remember it all.

A few years ago I entered a courtyard along the street next to the underground station… After all these years, I smelt this distinctive ghetto smell.

*
My mother was a true socialist. She believed that people ought to help one another and that is how she brought me up. She had a pass for two persons; she managed the ghetto residents’ register. Even though the Germans knew they were going to liquidate all the Jews, they never stop caring about keeping things in order: who was born, who died – all the data had to be entered in registry books. Mum registered the family, and the two of us would go visit them. I brought bread and marmalade, for which they were most grateful – it was a family of six or seven.

*
One day, mum brought a tablecloth from the ghetto. She said she had got it from this family. It was most probably the cloth they had used to spread on the table each Friday, during Shabbat.

*
When we were being expelled on 3 October, after the fall of the Warsaw Uprising, instead of taking one more blanket –we had no idea what was going to happen to us, so we all grabbed whatever seemed most essential – my mum took this tablecloth.

I have no idea, perhaps she thought the tablecloth would bring her good luck?

Perhaps she thought she would be able to swap the tablecloth for bread, in case we were starving?

And so the tablecloth stayed with us throughout this entire journey, the camp in Pruszków, the deportation. She never gave it away, even though she could have gone to the village to swap the tablecloth for a delicious sausage which the farmers used to make for the holidays.

She never gave it away.

We returned to Warsaw with the tablecloth. We might have used it once, for some family do back in 1946.

The one and only time.

*
After the war, we settled down in Międzylesie. I re-enrolled to study medicine. Our house caught fire, almost everything went up in smoke, aside from the tablecloth. There was not one mark on it.

It was exactly in the same condition as it had been when we had put away it in a cupboard.

That is how it survived

My husband later said that this whole affair with the tablecloth was purely metaphysical.

*
They all perished. I cannot remember their name. Were they the Śledź family? The father of the family was called Śledź.

Interview with Anna Stupnicka-Bando from the oral history collection of POLIN Museum of the History of Polish Jews, conducted by Klara Jackl and Judyta Pawlak on 13 February 2014. Edited by Joanna Król.

COME AND SEE. The tablecloth is available for viewing at the exposition at the POLIN Museum Resource Centre >>